Accessibility links
Watch Tei Shi's Neon-Lit Video For 'Say You Do' Tei Shi's red thigh-highs weren't a deliberate reference to Britney Spears' iconic jumpsuit but, she admits, it may have been a subconscious one. 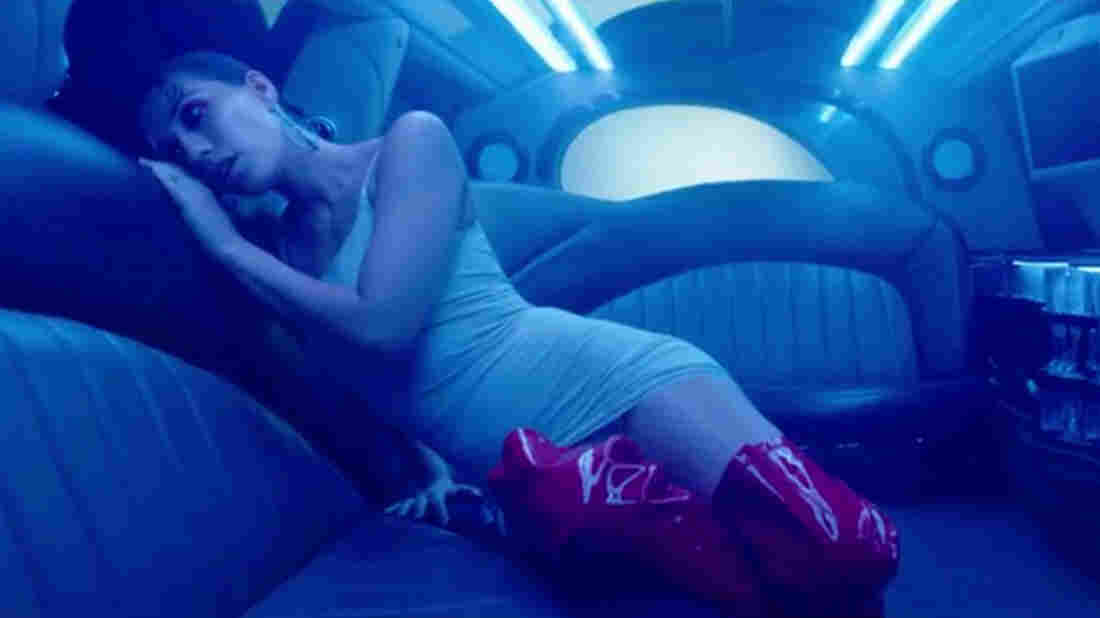 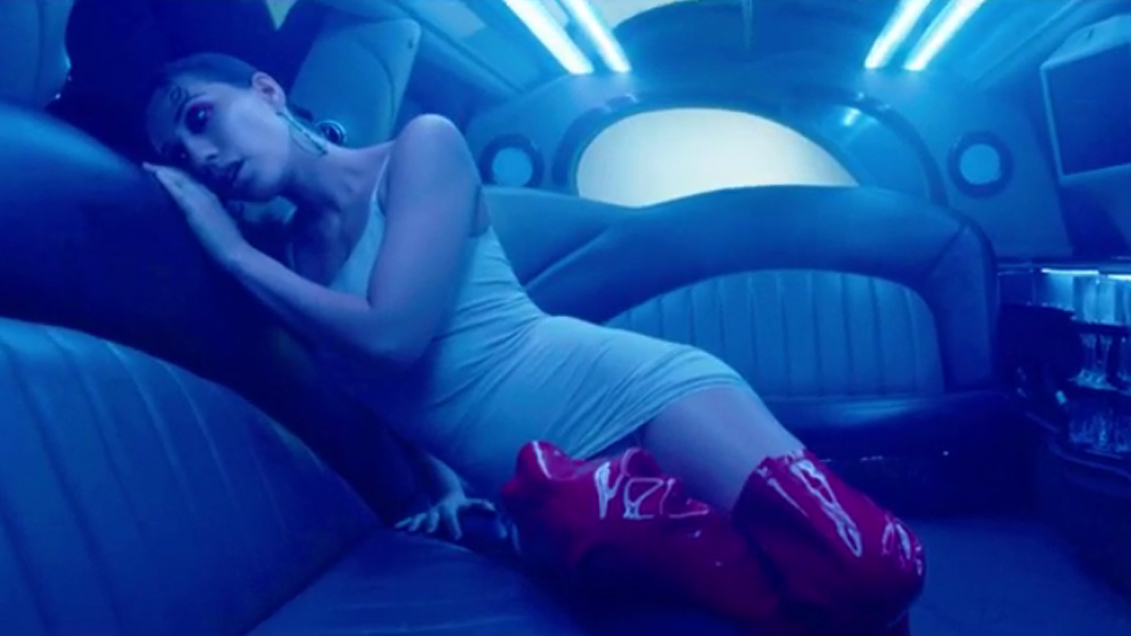 The title of Tei Shi's debut album, Crawl Space, is an ode to the shadowy room she used as a child to overcome her fear of the dark. Recording her first album stirred up similar feelings of dread. "Suddenly, I was six again," she tells NPR. To summon some courage and reconnect with her inner-heroine, the Colombian-Canadian singer (born Valerie Teicher) dug up a stash of old home videos. Her song, "Say You Do," begins and ends with a crushingly earnest recording of her as a child, confessing her insecurities. "I'm a bad singer," she says. "Can't do anything well. I think I sing so great... but I really never do anything right." And then: "I just hope one day I can be like Britney Spears."

The song's music video features Teicher, now 26, strutting around in thigh-high boots made of shiny, red, patent leather. It wasn't a deliberate reference to Spears' iconic jumpsuit but, she admits, it may have been a subconscious one. "The album is an exploration of my different personas," she says, "and this is my pop song. I grew up on MTV so my idea of a pop video is based on that era: feminine, powerful, with lots of fashion and choreography." Watch the video here first.

Directed by London duo Bradley Bell and Pablo Jones-Soler, who've also worked with gloss-pop star Charli XCX, the clip follows Teicher riding around in a neon-lit limousine as manifestations of her various personas dance beside her, pushing up against the walls of the car and climbing over each other in crowded chaos. Bell says the limo represents an alternate reality in which she's removed from the pressures of modern life. "It's a safe space where things can be complicated," Bell says. "Inside, she's allowed to explore all the different sides of her childhood, her influences, her art, and really blossom."

It would be a mistake to interpret the '90s pop references as wistful, though; Teicher isn't so much pining for the past as itching to nudge us forward. The video is a statement on the pressure for women artists to simplify themselves into caricatures in order to be more marketable. "There's this idea that if you change, or evolve, or dare to be complicated, you're in authentic, but I'm a chameleon, I'm always evolving," she said. "There's power in saying, 'I have many versions of myself and I can tap into whatever I want.'"

Eventually, she emerges from the limo and her various selves fan out behind her. They dance together a sequence that seems to celebrate the multi-dimensional woman. The choreography feels straight out of MTV's golden age, but the message is decidedly modern. Says Teicher: "I will not be boxed in."

Crawl Space is out now via Downtown/Interscope Records.