Accessibility links
Out Of The Gate, Tesla Stumbles On Its Mass-Market Model 3 Car After Tesla CEO Elon Musk bragged about producing more than 1,000 of its new lower-priced Model 3 cars a month, the company struggled to make 300. 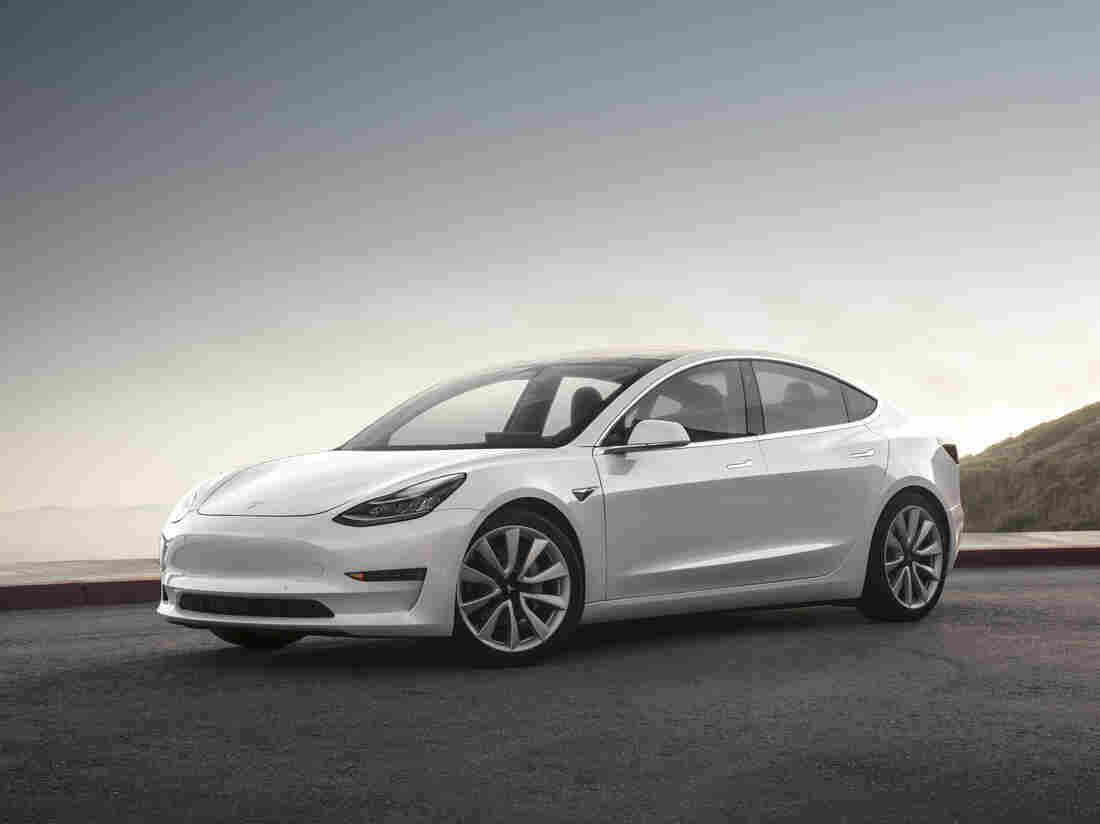 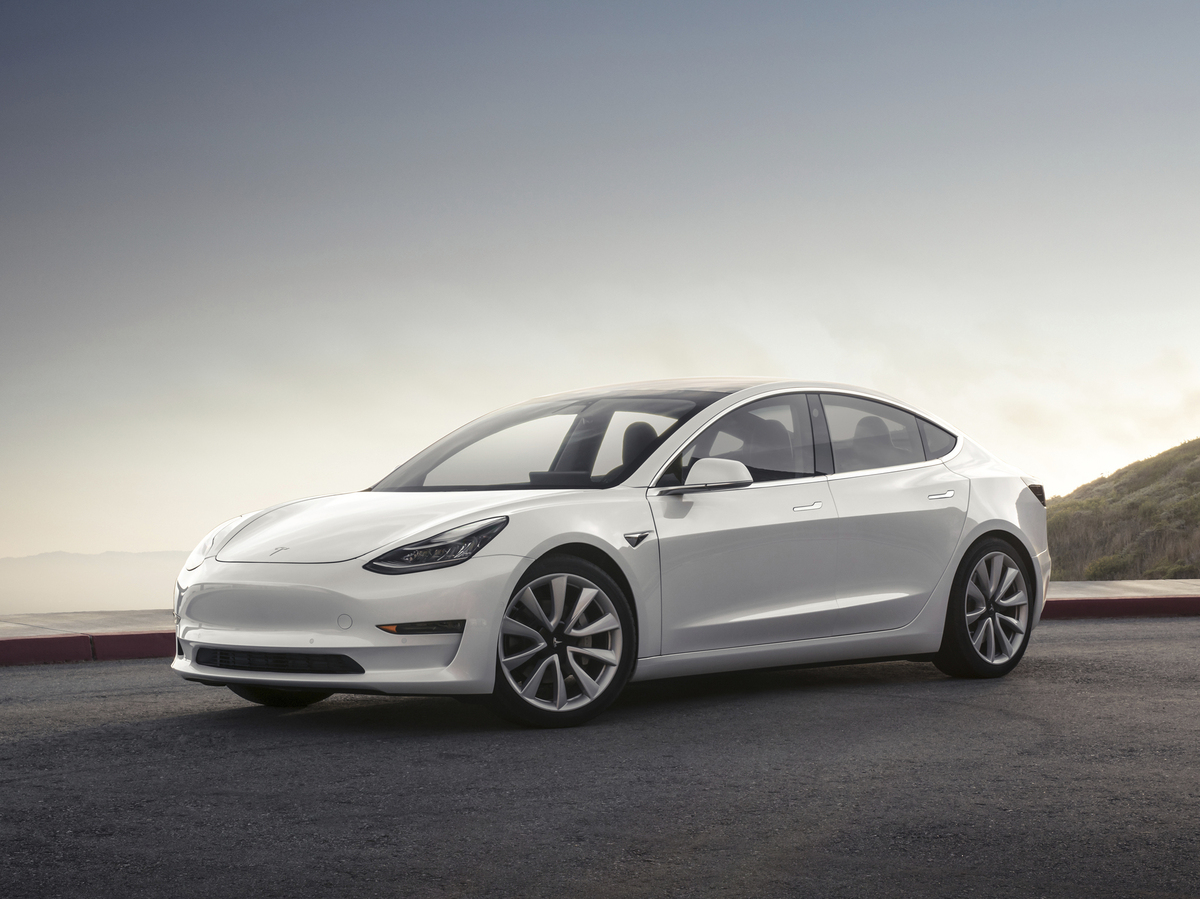 This photo provided by Tesla shows the 2017 Model 3, the Silicon Valley automaker's attempt to enter the mainstream car market.

Tesla gets more than its fair share of media hype, but it appears to be stumbling in the spotlight.

Citing "production bottlenecks," Tesla reported this week that it delivered only 220 Model 3 sedans and produced 260 in September. That's far below some pretty ambitious goals set out by its CEO, Elon Musk.

The Model 3 is Tesla's attempt to enter the mainstream. The all-electric car, which began production in July, starts at $35,000. That price tag placed it well within the range of the average American new-car buyer. That's half the price of the Tesla Model S sedan. The Model 3 gets pricey quickly, with add-ons such as extra range and self-driving features.

For Musk, the Model 3 is not just Tesla's make-or-break car, it's the company's reason for being. The company predicted in previous months that it expected production to "achieve a rate of 5,000 Model 3 vehicles per week by the end of 2017." Tesla predicted annual production would climb over the next few years to more than 500,000 vehicles. That ramp-up was expected to be difficult, but Musk said on said on Twitter that the company could smash through expectations.

Goldman Sachs analyst David Tamberrino, who has been a Tesla skeptic, told CNBC that Tesla's miss is evidence that the electric car maker would have trouble getting to its own goals.

Launching a new car model is among the most sweated-over tasks for any automaker. But an analysis from Morgan Stanley's Adam Jonas called for calm over the Tesla number, saying "most auto launches have hiccups, and Tesla is no exception."

Morgan Stanley and much of Wall Street don't see a lag for one month as hurting Tesla's financial liquidity or access to capital. During the quarter, deliveries of its other, more expensive vehicles — the Model S and Model X — were up 4.5 percent over a year earlier, Tesla said.

"It is important to emphasize that there are no fundamental issues with the Model 3 production or supply chain," Tesla said in a statement. "We understand what needs to be fixed and we are confident of addressing the manufacturing bottleneck issues in the near term."

The company said a handful of systems at its Fremont, Calif., car plant and its battery factory in Reno, Nevada, "have taken longer to activate than expected."

"Elon Musk said it best himself — the Model 3 will put Tesla in 'manufacturing hell' for a while," says Akshay Anand, an executive analyst at Kelley Blue Book. "Producing a vehicle is one of the most complex tasks a company can take on, and something Tesla has dealt with before."

Anand points out that one month does not make a trend. But, he says, "If production misses continue into the fourth quarter and even beyond, Tesla will be in a much more precarious position."

Anand says the company's future relies on the Model 3 being a success. "They need to get it right, no to be too blunt," he says.