Accessibility links
Rex Tillerson Denies Report He Considered Resigning As Secretary Of State The secretary of state denied a report that he considered stepping down, but did not deny that he called the president a "moron" after a hotly political speech before the Boy Scouts over the summer. 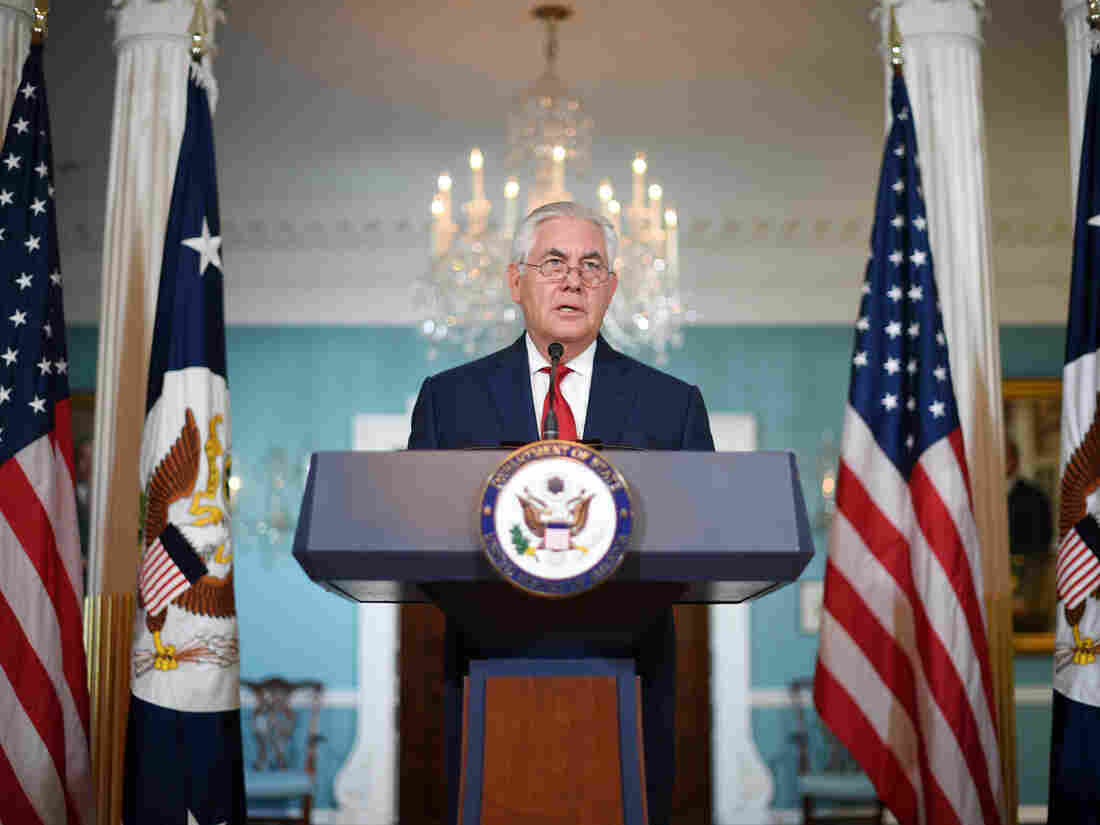 Secretary of State Rex Tillerson said at a briefing Wednesday that a news report that he intended to resign was "intended to divide" and that he was "not going to deal with petty nonsense." Jim Watson/AFP/Getty Images hide caption 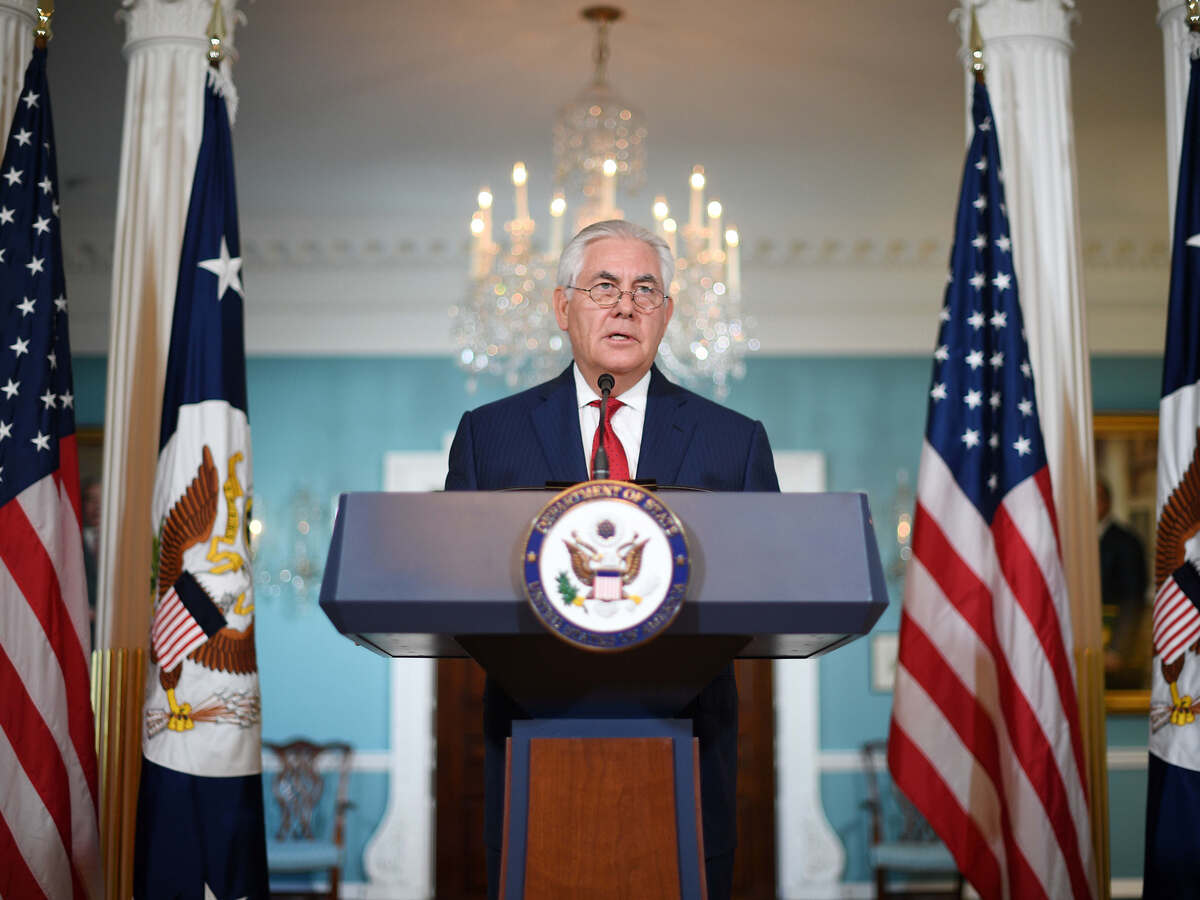 Secretary of State Rex Tillerson said at a briefing Wednesday that a news report that he intended to resign was "intended to divide" and that he was "not going to deal with petty nonsense."

Rex Tillerson denied a report out early Wednesday that he considered resigning as secretary of state, but he did not deny another detail in the report — that he called President Trump a "moron."

"I'm not going to deal with petty stuff like that," Tillerson said in an impromptu statement at the State Department that he said was intended to knock down "erroneously reported" details in an NBC News report that he considered stepping down after a hotly political speech Trump made before the Boy Scouts over the summer.

He added that the story was "intended to divide" and that he was "not going to deal with petty nonsense."

Tillerson seemed to make the statement for an audience of one, to reaffirm his commitment to Trump and his agenda.

"I have never considered leaving this post," Tillerson said, later adding, "There's never been a consideration in my mind to leave." He also said his "commitment is as strong as it was the day I accepted his [Trump's] offer as secretary of state."

And he heaped praise on the president, who he was certain to call "smart."

"He loves his country," Tillerson said. "He puts Americans and America first. He's smart. He demands result wherever he goes, and he holds those around him accountable for whether they've done the job he's asked them to do."

Hours later, a State Department spokeswoman seemed to deny that Tillerson called Trump a "moron," but seemed to leave open the possibility that he did.

Here's the exchange with reporters and spokeswoman Heather Nauert, per NPR's Michele Kel:

NAUERT: I take him at his word. I spoke with the secretary about that. The secretary doesn't speak that way. The secretary frequently talks about integrity... and when he tells me, Heather, he did not use that, I believe him.

REPORTER: So, he told you that he didn't use the word 'moron.'

NAUERT: The secretary told me he does not use that language.

Tillerson also denied other details in the NBC News account, notably that Vice President Pence had to intervene to convince him not to resign.

Minutes before Tillerson's announcement, Trump had disputed NBC's account, calling it "fake news" and a "disgrace to good reporting."

NBC news is #FakeNews and more dishonest than even CNN. They are a disgrace to good reporting. No wonder their news ratings are way down!

There have been other moments of tension between Tillerson and Trump. Tillerson distanced himself from Trump's response to the racist violence in Charlottesville, Va. And on Sunday, Trump seemed to undermine Tillerson's efforts to find a diplomatic solution to the situation in North Korea by telling him to "save your energy."

...Save your energy Rex, we'll do what has to be done!

Tillerson heaped praise on the president on Wednesday. "Trump's foreign-policy goals break the mold of what people traditionally think is achievable," the former ExxonMobil CEO said, adding, "Our job is now to achieve results on behalf of America, and we are doing that."

He said he will serve as long as Trump wants him in this role.

"I'm new in Washington," Tillerson said. "I have learned there are some who try to sow dissension to advance their own agenda by tearing others apart in an effort to undermine President Trump's own agenda. ... [He's] doing great things for the United States of America to make America great again."

Meanwhile, aboard Air Force One, White House press secretary Sarah Huckabee Sanders said, per NPR's Tamara Keith, Tillerson did not directly address the "moron" comment, because he was "not getting into the weeds."