Accessibility links
'Faces Places': A New Wave Filmmaker And A Mural Artist Tear Through France Agnès Varda and JR co-direct this documentary, which follows their travels as they turn the lives of the people they meet into public art. 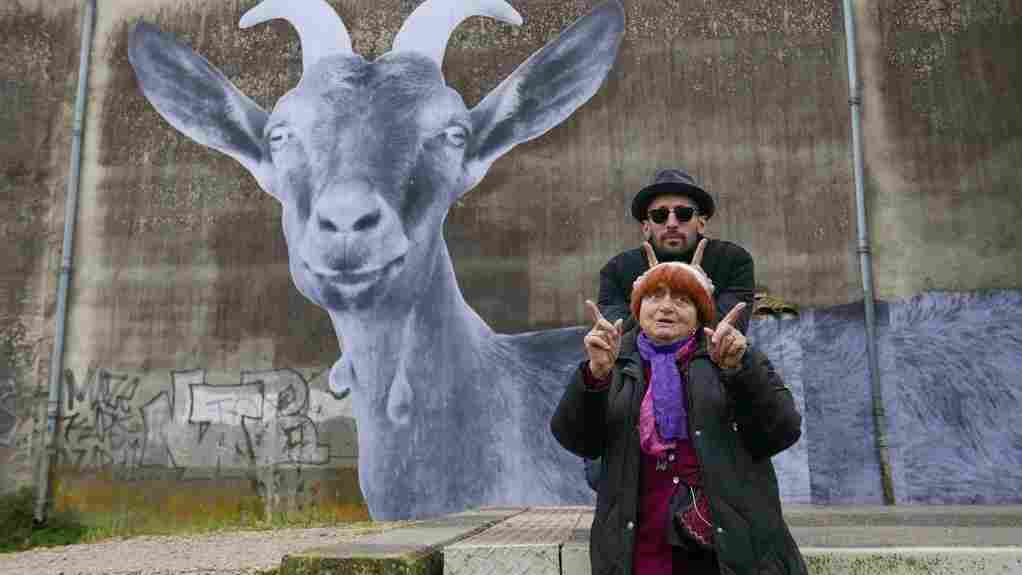 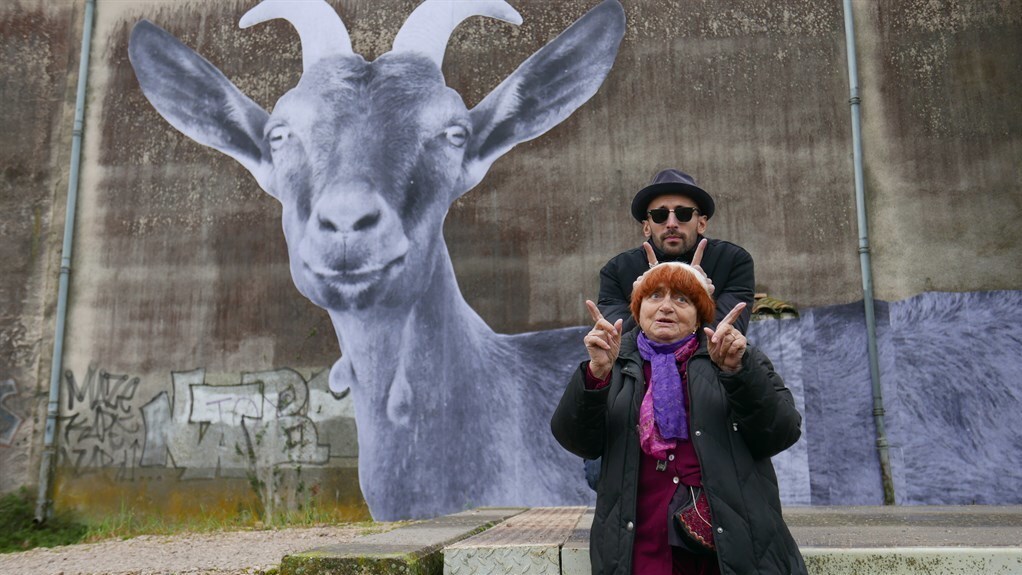 What a joy it is to have a movie like this in our broken lives right now. Faces Places is the latest celebration of the creative spirit from Agnès Varda, who made her first film in 1954 and is now 89, with no signs of slowing down. Why should she? Films give her vitality, and she returns the favor to the medium.

When Varda started her career as a key director of the French New Wave with works like Le Bonheur and Cleo From 5 to 7, she helped redefine the public perception of films as more personal and idiosyncratic; subservient to the whims of their makers, instead of merely entertainment vessels. But if the nouvelle vague artists once set out to make the world their plaything, Varda now allows the world to play with her. In her latest, she travels across rural France with the street artist JR, who serves as co-director and drives a truck that's also a giant photo booth. The pair visit beaches and factory towns and semi-abandoned villages, turning everyday folks on the street into collaborators on a public art project: snapping photos of faces and putting them on places. "To ask people if we can express our imaginations on their turf," as she puts it.

Those imaginations can seem twee sometimes, as when they "repopulate" an empty village. But looking closer reveals an air of melancholy. As a gift to Varda, JR pastes a photo of her long-deceased photographer friend Guy Bourdin onto the side of a fallen Nazi-era bunker on a Normandy beach; when his team returns a short while later, the tides have already washed this memorial away. Things and people are forever destined to fade, and it might take more than a few giant photos to preserve someone forever in memory.

With his lanky swagger, pork-pie hat and sunglasses permanently affixed to his face, the 34-year-old JR seems — in silhouette, anyway — a cartoonish complement to Varda's short, stocky frame, red-and-white bowl cut and assortment of colorful sweaters. But their affection for each other as merry pranksters runs deep, and they feed off each other's energy with a deadpan comic chemistry pitched somewhere between partners-in-crime and a more touching, maternal softness. JR resembles a young Jean-Luc Godard, and Varda evokes this facial memory of her longtime friend both in affection and frustration. The duo reenact the running-through-the-Louvre scene from Godard's Band of Outsiders, JR rocketing Varda through the gallery in a wheelchair full-throttle, an act of defiance against age that is also an admission of it.

Varda and JR may be creating a subjective reality, and a stream-of-consciousness one. But within it, the duo craft a role for the artist as society's connector, elevating the stories of everyday people in troubled times. Playing to a bemused and largely agreeable public, they solicit reactions from people, instead of hiding from them. Selfies abound. And there are other guiding forces within the project. Finding new ways to honor women is always on the forefront of Varda's mind, so instead of putting the images of dockworkers on the sides of massive, colorful shipping crates in the port city of Le Havre, they honor the workers' wives.

But Faces Places truly elevates itself during the closing segment, when Varda takes JR on a special train ride to visit a certain former colleague of hers. What happens there should not be spoiled, but it prompts a moment of deep pain and introspection for the filmmaker, a question of who her true friends and confidants might be once time has stripped away all pretensions. Varda has re-staged her own past onscreen many times in the personal documentaries of her career's late period, upcycling distant memories in The Beaches of Agnes and revisiting old friends and haunts in From Here to There. When you're thinking like a filmmaker, you can't help but "stage" every dramatic thing that happens to you. Yet those techniques give a new freedom here, a washing away of past anxieties like the tide at Varda's favorite beaches. A creative spirit gives herself over to the mercy of the world that gets to keep her creations, and faces the trials ahead with matter-of-fact grace.