Accessibility links
In Love And On The Spectrum: 'Dina' The documentary follows a man and woman on the autism spectrum as they negotiate love — and sex.

In Love And On The Spectrum: 'Dina'

In Love And On The Spectrum: 'Dina' 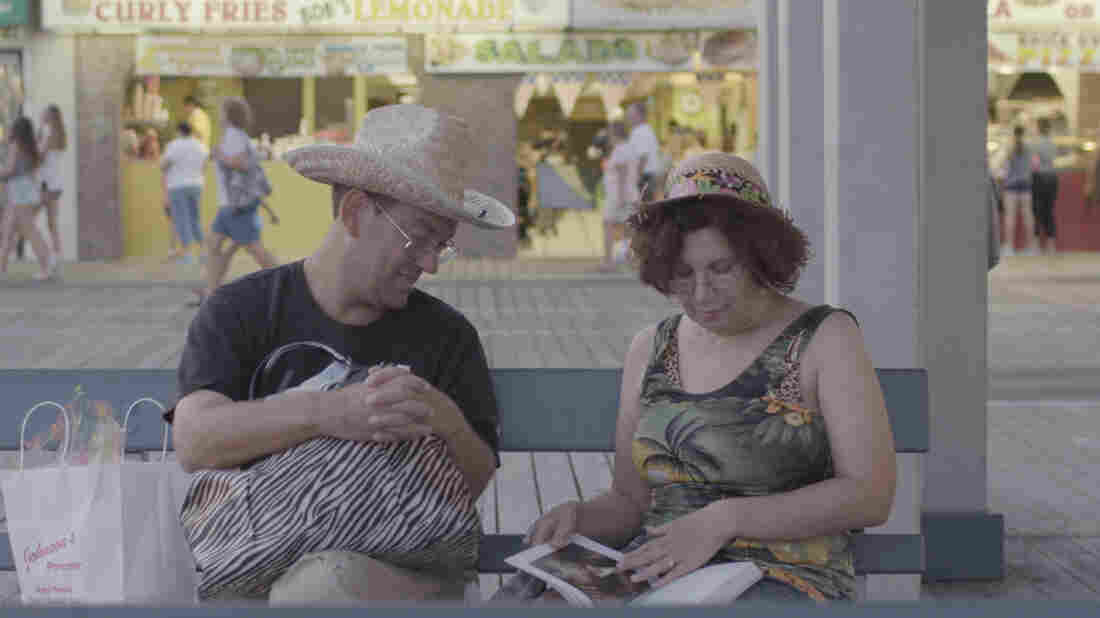 Scott Levin and Dina Buno are the subjects of the documentary Dina. The Orchard hide caption 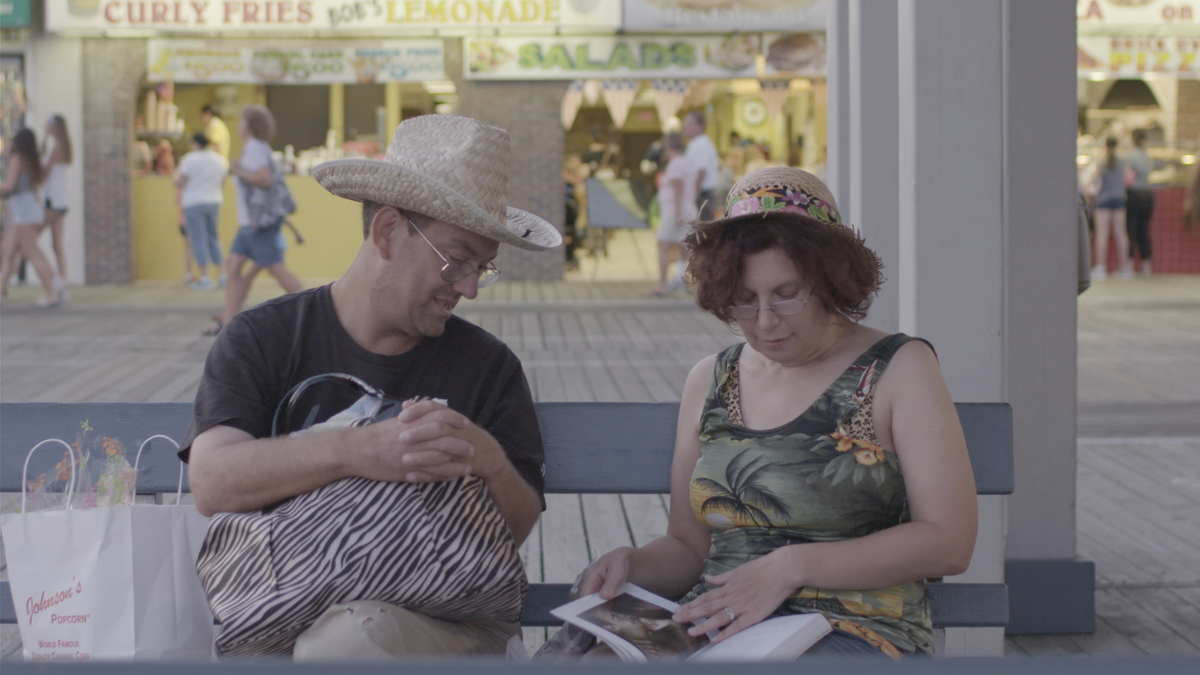 Scott Levin and Dina Buno are the subjects of the documentary Dina.

The Sundance-winning documentary Dina is a tale of two movies, sometimes at odds with each other: One is a quirky indie rom-com about two people on the autism spectrum who are getting ready to tie the knot. The other is an unvarnished verité about the difficulties they have with sexual intimacy. Directors Antonio Santini and Dan Sickles structure and frame the film so carefully that it almost seems like the staging of a script, rather than real life unfolding before the camera. Yet at the same time, there are moments when they bear witness to conversations or physical gestures that happen with seemingly no awareness that a crew is present at all. It doesn't entirely resolve those contradictions, but Dina sketches one unforgettable title character.

When we first meet Dina Buno, a 48-year-old with an affinity for rainbow socks, kangaroos, and Keeping Up with the Kardashians — she calls the latter a "guilty pleasure" — she's holding court in dentist's chair, sharing observations and personal minutiae with anyone who will listen. Even when muffled by a whirring drill, she keeps on talking. The phrase "on the spectrum" accounts for a cocktail of related afflictions, including anxiety, depression, and OCD, but Dina is outgoing and personable, and she craves the passion that 20 years of independent living has denied her. Santini and Sickles reveal her backstory in dribs and drabs, but she lost her first husband to cancer and a subsequent relationship ended in horrific violence and trauma.

Her husband-to-be, Scott Levin, is an ideal partner in some respects, a gentle introvert who's content to be a sounding board for Dina, but a work-in-progress in others. He's not as high-functioning as Dina and any form of physical contact, let alone sex, seems to unnerve him. When she gets frustrated by his refusal to give her anything more than the obligatory peck on the cheek, his response is to play Richard Marx's "Right Here Waiting" on his phone and hope the music will bridge the gulf between them. On the night of their Bachelor and Bachelorette parties, she and her friends host a male stripper for bump-and-grind and Facebook selfies. Meanwhile, he and his buddies head to the bowling alley.

The dynamic between Dina and Scott is exposed most affectingly in a trip from their Philadelphia home to the boardwalks of Ocean City, New Jersey, which she remembers fondly from her childhood. Just getting there is aggravating enough for Scott, who can't handle the uncertainty of multiple bus transfers and a schedule that's out of line with his expectations. But that discomfort is nothing compared to a hilarious scene where Dina gifts him a copy of The Joy of Sex and he can barely bring himself to look at the cover. ("12 million copies sold. That's a lot.") The book is only the latest in a series of passive-aggressive gestures to coax him into satisfying her needs, but doing so may simply be beyond his capability.

Santini and Sickles have been given a level of access to Dina and Scott that few couples would ever grant, and it occasionally smacks of exploitation. We're in their bedroom when Dina approaches him in a loosely knotted robe, trying to draw his attention away from a Rolling Stone list of the best 100 guitarists. And we're with them again in their honeymoon suite, as they try to kickstart their love life in a hot tub shaped like a giant, two-story champagne glass. It's hard not to be aware of another presence in the room besides Dina and Scott, a romantic obstacle that go unacknowledged. The two may be less self-aware in front of the camera than others, but a fly on the wall this isn't.

What redeems Dina is the fullness of the woman herself, who's managed her disability and survived a mortal threat in order to open up to the possibility of a long-term relationship. Though the gap between Dina and Scott is specific to their autism, there's nonetheless a universal quality to witnessing a couple that cares about each other enough to work out their differences. Santini and Sickles frame Dina as a love story first and foremost, which can lead to cutesy excess (the score, by actor-turned-musician Michael Cera, is a cloying mistake), but more often attests to the give-and-take required of a real relationship and the rewards that honor the effort. Literally scarred by the past, Dina still insists on her own happiness and is dogged in the pursuit.