Accessibility links
'Blade Runner 2049' And The Theaters That Shake Your Groove Thing For You A recent encounter with new theater technologies demonstrated that it's not always a good thing when technological advancements make the experience more, as they say, "immersive." 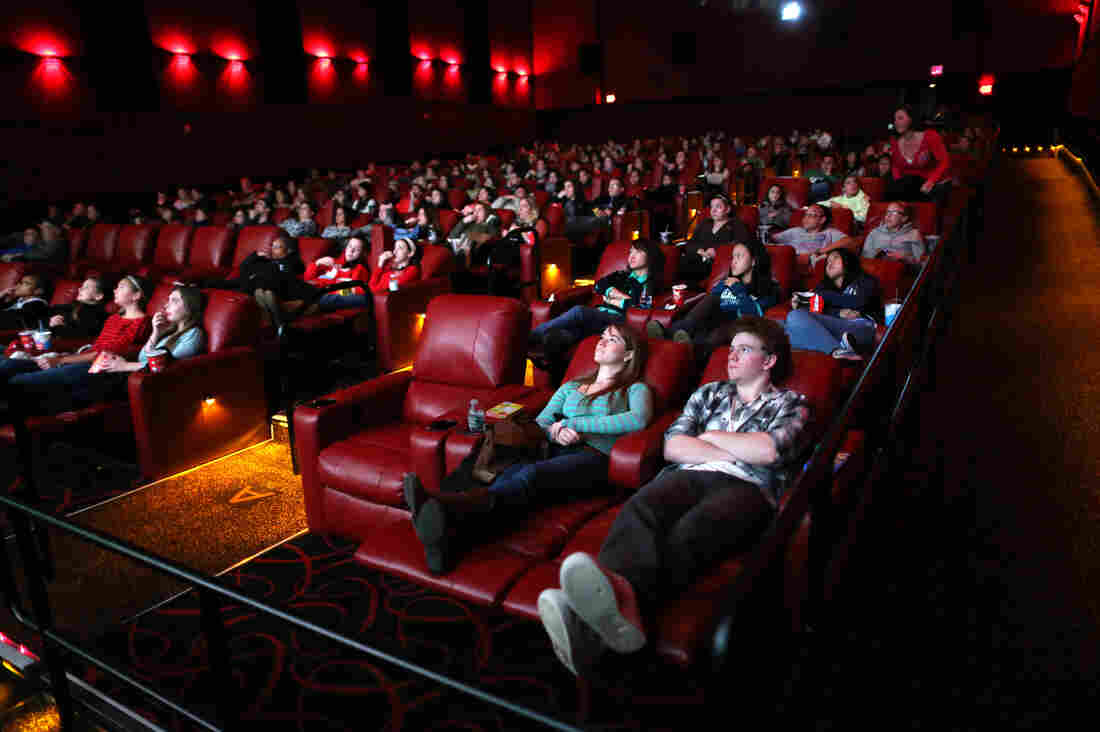 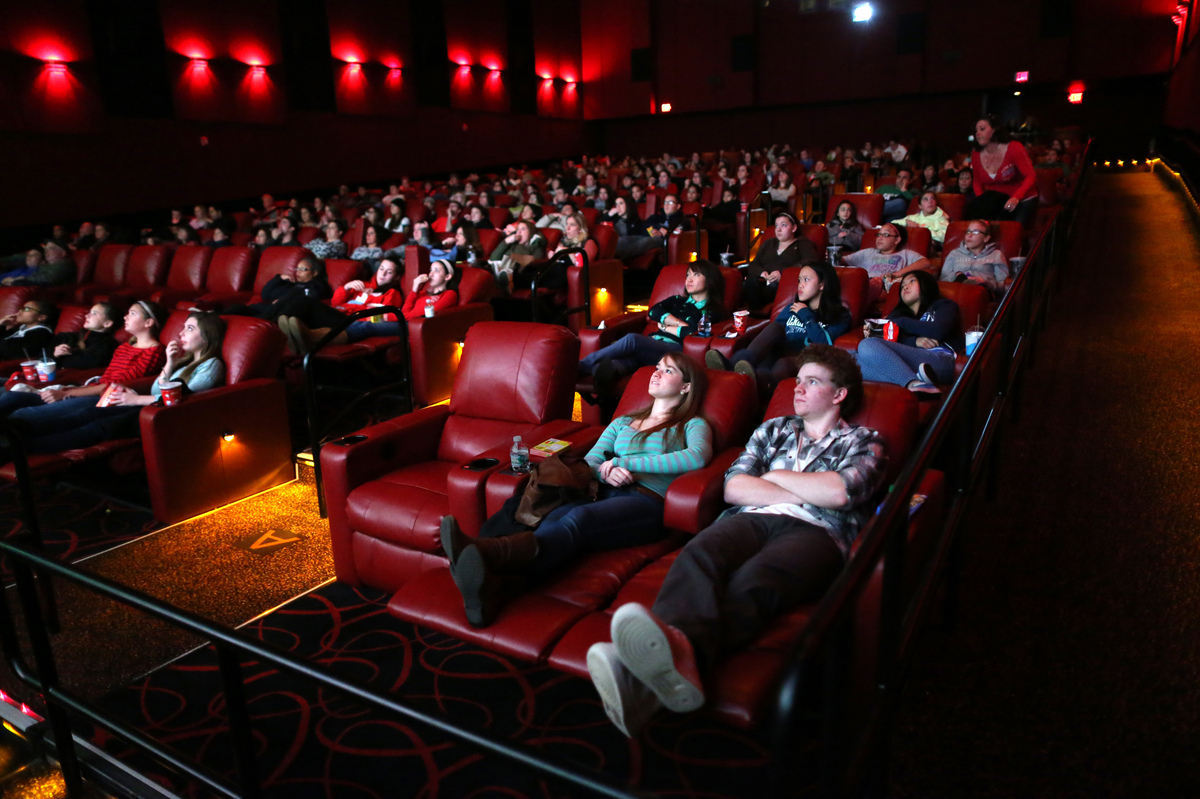 Moviegoers relax in recliner seats at AMC Movie Theater in Braintree, Mass., in 2013.

It's no secret that movie theaters are trying to preserve the theatrical experience as something special — something you can't replicate, even in your tricked-out living room with your home theater system. Theater design is one of the ways they're trying to add value, as consultants and Shark Tank competitors might put it.

But at a recent screening of Blade Runner 2049, I experienced a technology that isn't new but was new to me, and with it, the need to make a plea that I never expected to make. Theaters, I beg you: don't manhandle my physical being.

We've all been in loud theaters at moments when the deep bass on the soundtrack rattles the seat momentarily. But the minute Blade Runner 2049 began, it was clear that this was something different. The seat shook so hard that I wondered whether the filmmakers had discovered some secret in which just the right bass frequencies (it is a "BWAAAAAAAA" kind of score) will cause vibrations in the theater.

'Blade Runner 2049': Even Sharper Than The Original

That's because I didn't realize that seat-shaking technology, similar to something I think, but cannot swear, I once experienced during a SpongeBob Squarepants-themed amusement park ride, has made its way into theaters.

This is Dolby Cinema, which has been rolling out in AMC theaters over the last couple of years. It uses — according to the information provided to me by AMC — "transducers in the recliners" that make the seat vibrate in tune with the sound. Like, it's not just that the bass vibrates the room. They've put a joy buzzer under your behind.

Reader, I hated it.

I am not a romantic when it comes to film. I think digital formats have their advantages, I think home theaters can be very charming, and I even think there are some movies that are perfectly fine to watch on tablets. TABLETS! I love, but do not fetishize, the darkened theater and so forth. Not everyone has a good theater; not everyone can pay for babysitters; not everyone can tolerate the bad manners that are, indeed, very common. (Shout-out to the day-drunk ladies with whom I once saw Crazy Heart, which doesn't seem like a day-drunk ladies movie, but hey: You do you.)

I also don't begrudge theaters trying things. I know it's tough out there. I know you've got competition. I know you can't charge more for pop than you already do unless you can prove it reverses hair loss and doubles one's vertical leap, so there are only so many ways to protect your bottom line.

I still don't want to pay 20 bucks to sit on the Jolly Green Giant's cell phone.

Among other things, this is a way to ruin a perfectly good recliner! I love a recliner theater. Being in a recliner theater once made me think Jennifer Lopez in The Boy Next Door was not that bad. If you let me, I'll just spend the whole movie raising and lowering my feet. To invest the resources necessary to outfit your theater with recliners and then to ruin them with butt-buzzing technology? That's just sad.

It's not that I don't know how it's supposed to work. The idea is supposed to be that you become immersed in the scene via your chair vibrating. I did not have that experience. I mean, imagine this pitch: "You're in a spaceship. It's 2049. You're flying through a dystopian future. You either are or are not a replicant — I am not allowed to say, according to the embargo rules. But anyway, flying. You know the loneliness of deep space. You know the despair of past robot wars. Not robots exactly, and no spoilers, but, you know what I mean. I'm saying we can give the audience that experience. Give it right to them."

"Wow! That's amazing. How are you going to do it?"

"Well, have you ever walked around with an electric toothbrush in your pocket?"

I love great sound. I love great visuals. I can no longer watch television in SD without feeling like I'm watching it in the back of a covered wagon. But I beg you: don't actually touch me with your movie. Don't handle me. The future might depend on it.