Accessibility links
NRA Backs Regulation Of Bump Stocks, As Some Republicans Support A Ban The devices that allow guns to be fired like automatic weapons were possessed by the mass shooter in Las Vegas. Democrats have introduced two bills this week to make them illegal.

NRA Backs Regulation Of Bump Stocks, As Some Republicans Support A Ban

NRA Backs Regulation Of Bump Stocks, As Some Republicans Support A Ban 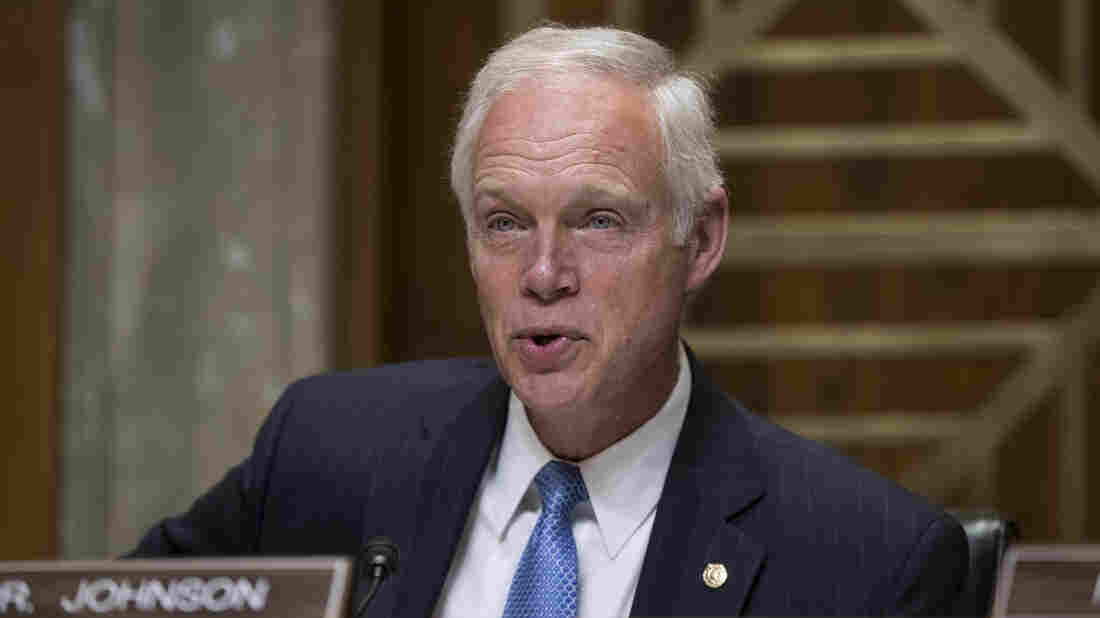 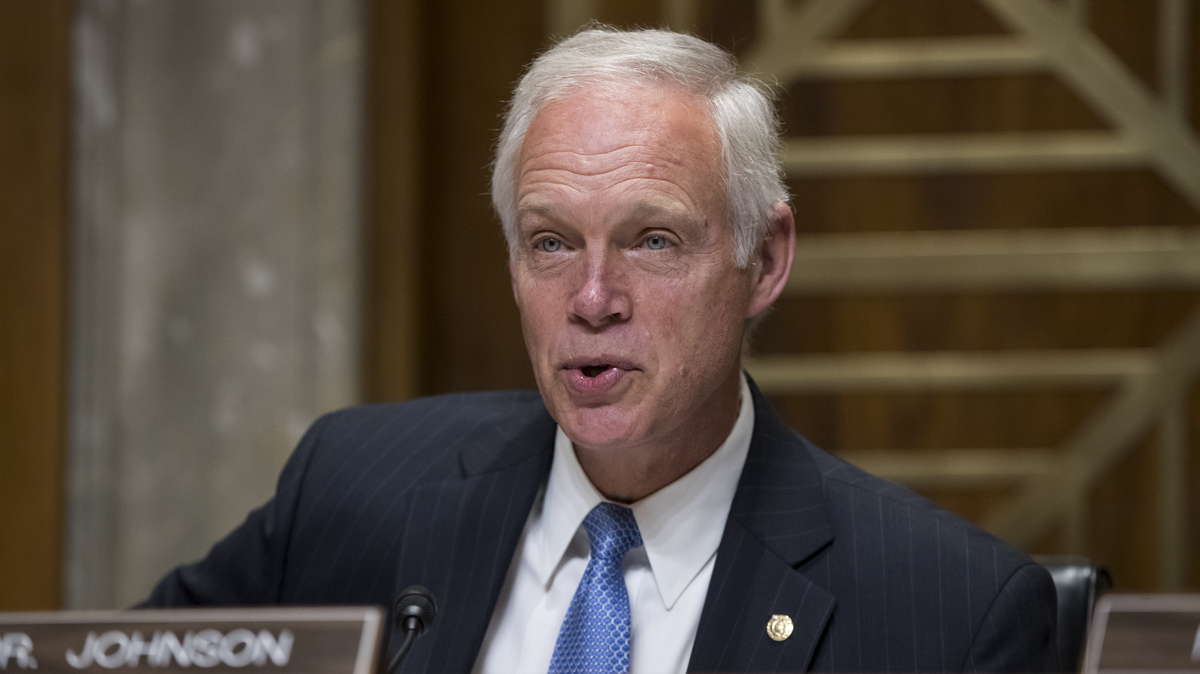 Sen. Ron Johnson, R-Wis., seen at a Senate hearing earlier this year, said he has "no problem" banning bump stocks.

The National Rifle Association says it is open to new regulations on bump stocks, devices possessed by the mass shooter in Las Vegas that can be used to fire rifles similarly to automatic weapons. This comes as top Republicans in Congress appear open to the idea of a federal law banning the devices.

"In Las Vegas, reports indicate that certain devices were used to modify the firearms involved. Despite the fact that the Obama administration approved the sale of bump fire stocks on at least two occasions, the National Rifle Association is calling on the Bureau of Alcohol, Tobacco, Firearms and Explosives (BATFE) to immediately review whether these devices comply with federal law," a statement from NRA leaders Wayne LaPierre and Chris Cox said. "The NRA believes that devices designed to allow semi-automatic rifles to function like fully automatic rifles should be subject to additional regulations."

But any sort of restriction on bump stocks is still far from a certainty in Congress — and none of the Republicans supporting the general idea of such a ban have signed on as co-sponsors of two bills introduced this week by Democrats to do just that. A bill in the House from Rep. Carlos Curbelo, R-Fla., is expected soon.

Did The Las Vegas Shooter Use A Device That Helped Him Fire Faster?

Why Did He Do It? Authorities Still Baffled By Vegas Shooter

"Look, I didn't even know what they were until earlier this week," House Speaker Paul Ryan told MSNBC's Hugh Hewitt on Thursday. "And I'm an avid sportsman. So I think we're quickly coming up to speed with what this is. Fully automatic weapons have been banned a long time; apparently this allows you to take a semi-automatic, turn it into an automatic, so clearly that's something we need to look into."

White House press secretary Sarah Huckabee Sanders said the administration wants to be part of the process, with hearings expected. She also reinforced President Trump's support of the Second Amendment.

We know that members of both parties and multiple organizations are planning to take a look at bump stocks and related devices. We certainly welcome that, would like to be part of that conversation," Sanders said on Thursday. "We're certainly open to that moving forward," she added.

A handful of Republicans made headlines for supporting the idea of such a ban in the hours after California Sen. Dianne Feinstein, a Democrat and longtime proponent of gun control, introduced the measure Wednesday.

Feinstein included language to ban such modifications to assault rifles in legislation proposed after the 2012 shootings at Sandy Hook Elementary School in Newtown, Conn., but no legislation was passed to restrict firearms following that massacre, in which 20 children and six adults were killed.

"Automatic weapons are illegal," Wisconsin Sen. Ron Johnson, the GOP chairman of the Senate Homeland Security Committee, told reporters on Wednesday, according to The Hill. "To me, that is part of that same type of process. So I have no problem banning those."

The Bureau of Alcohol, Tobacco, Firearms and Explosives approved the devices for sale in 2010.

Johnson's openness to banning such devices was shared by at least two House Republicans. Curbelo told WLRN's Sundial on Wednesday, "I've even spoken to people who are involved in the gun manufacturing business, and they have told me that these things should not be legal. So I really see that for the first time we may have a chance at getting a bipartisan solution to this great challenge."

Curbelo plans to offer a bill to ban bump stocks and says his office has heard from many lawmakers, both Republicans and Democrats, who are interested in it.

Texas Rep. Bill Flores, a gun owner, told The Hill, "I think they should be banned. There's no reason for a typical gun owner to own anything that converts a semi-automatic to something that behaves like an automatic."

Many Republicans echoed Ryan, saying the entire concept of bump stocks was new to them and holding off from a commitment to the call for a legislative ban.

"For a guy from Wyoming who owns plenty of guns, it's something I had never heard of until yesterday," said John Barrasso, a member of the Senate's Republican leadership. "I don't think people are aware of this. So we'll see what kind of legislation is proposed."

Senate Majority Whip John Cornyn, R-Texas, endorsed the idea of the Senate Judiciary Committee holding a hearing on the matter. Judiciary Chairman Chuck Grassley, R-Iowa, has expressed reservations about moving too quickly and told Politico he was worried about starting down a slippery slope of gun legislation. "If you get a gun bill on the floor, you're going to have all the amendments on the left and all the amendments on the right," Grassley said.

Rep. Lou Barletta, R-Pa., shared the sentiments expressed by the White House earlier this week, that it's too soon after the massacre to talk about legislation. "It's too early to start getting into policy. Families are grieving; the country is grieving. We still don't know all the facts of what happened. Many people are just learning about these bump stocks," he told NPR. "I'm sure there will be a conversation moving forward. I just don't think right now is the time."

After recent mass shootings there has been little willingness to look into gun control legislation, even measures such as expanded background checks that enjoy broad, bipartisan support among the public. The fact that this debate is focused on an accessory, not firearms or ammunition themselves, could make action more palatable for Republican lawmakers.

Several sellers of bump stocks are reportedly running low on supply, and it remains to be seen how vocal gun rights groups will be in the coming debate. Erich Pratt, executive director of Gun Owners of America, gave his take on how Congress should view the issue in an interview with the Washington Post. "They'll start asking questions about why anybody needs this, and I think the answer is we have a Bill of Rights and not a Bill of Needs," Pratt said.

Politico reported Thursday that bump stocks are banned at the firing range at NRA's headquarters. The group has been a vocal force in stopping gun control legislation in the aftermath of past mass shootings, and in its statement supporting regulation of bump stocks said, "Banning guns from law-abiding Americans based on the criminal act of a madman will do nothing to prevent future attacks."

This year, the Republican majorities in Congress have been pushing measures to expand gun rights. President Trump signed a bill passed by Congress early in the year to block an Obama-era rule from going into effect that would have restricted people adjudicated mentally ill from purchasing firearms.

Other proposals introduced in Congress this year have included allowing concealed-carry permits to apply across state lines and a bill that was expected to come up in short order until the mass shooting in Las Vegas that would make it easier for more people to buy suppressors, which limit the sound and light emitted from a fired weapon.