Accessibility links
The Man Who Helped Change A Neo-Nazi's Mind Former high school security guard Johnny Holmes talks with a student who turned his life around after leaving a neo-Nazi group. 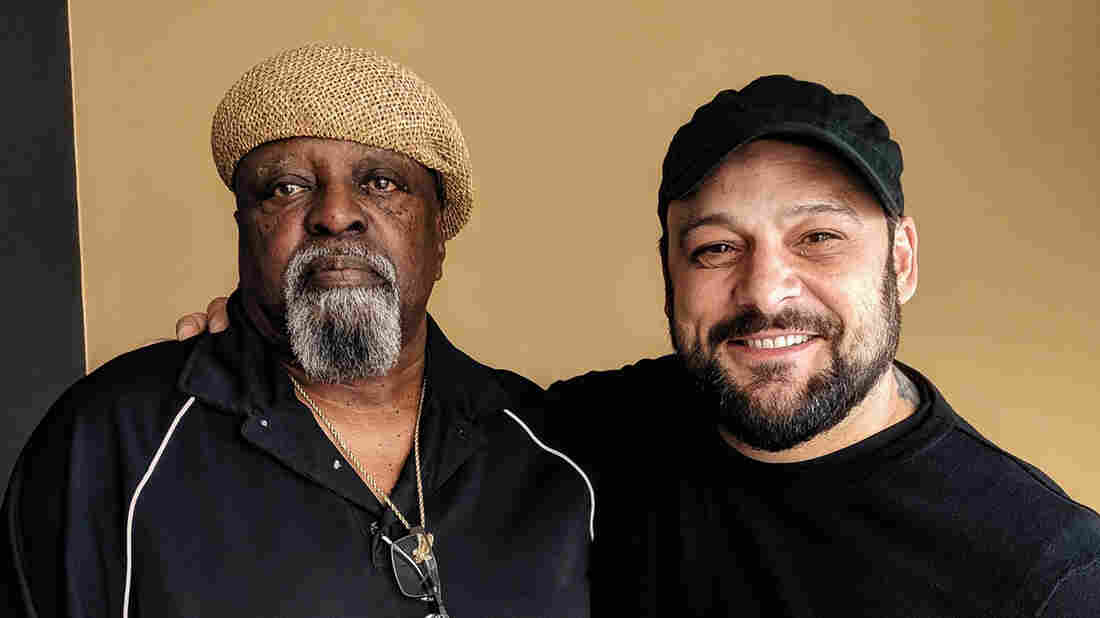 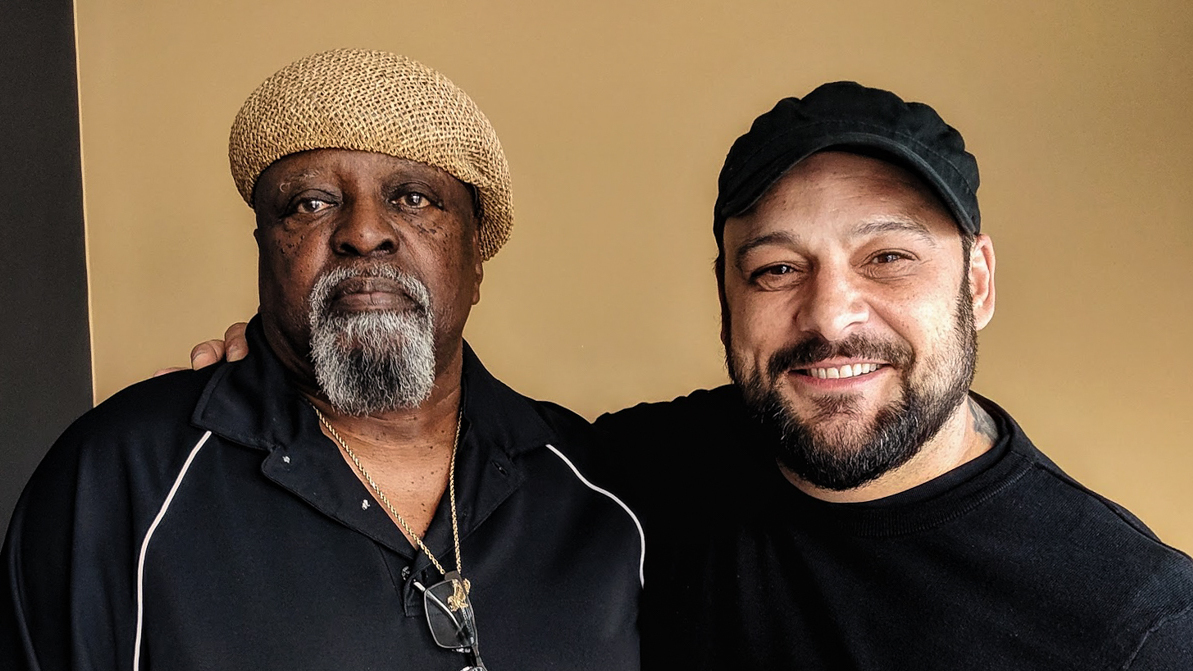 Johnny Holmes and Christian Picciolini during a recent visit to StoryCorps.

In the 1990s, Johnny Holmes was head of security at a high school in Blue Island, Ill., when he met Christian Picciolini, a teenage student who was the leader of a local neo-Nazi group.

"I put you through hell," 43-year-old Picciolini said to Holmes during a recent visit to StoryCorps. It was the first time in 18 years the two had sat down with each other to talk. "I mean there were fights, there were words that we had those years that I was there."

Holmes, who is 71 and a school board member now, agreed, describing Picciolini as rough at the time.

"The one that I remember I kind of ushered you into the dean's office. I remember she tried to put her arms around you to try to calm you down," Holmes said. "And excuse the language but you were like, 'You black b**** get your filthy hands off of me,' " and " 'I live to see the day when a n***** will be hanging from every light pole in Blue Island.' "

Former Neo-Nazi On The Threat Of White Supremacist Violence In The U.S.

Former Skinhead On The Threat Of White Supremacist Violence In The U.S.

Holmes said in his younger days he would have fought Picciolini.

"But my philosophy was be the parent away from home. You were a 16-year-old kid," he explained. "I knew you had been brainwashed. And I remember saying to you, 'Chris how can you be filled with so much hate? You play on the same football team as my son.' And so I wanted the opportunity to get through to you."

And he did get through to Picciolini. After eight years as a neo-Nazi, Picciolini renounced the movement's racist principles.

"It was that compassion when I didn't deserve it that eventually stuck," Picciolini said. "You know, I got out of what I was involved in, but I still didn't have the courage to tell people about my past.

"Many years later I was working for IBM and I was terrified," he continued. "Because out of all the millions of places IBM could have put me for my first day of work, it was at my old high school. And of course within the first five minutes, as I'm standing in that hallway, here comes you walking right in front of me. And I didn't know what to do, you didn't see me, but I decided I was going to follow you to the parking lot and [I] tapped you on the shoulder and you took a step back.

"I didn't have words for you because I know all the hell that I put you through," Picciolini said. "And all I could say to you was, 'I'm sorry.' "

That day, Holmes told him, "This isn't just about some white kid who goes into a, you know, Nazi group. This is about every young person who feels vulnerable and is looking where to belong." Picciolini said that's what led him to found EXIT Solutions, a global organization of former extremists that helps people leave hate groups.

Holmes commended Picciolini on the job he was doing "reaching people, getting people on the straight and the narrow. That was one incident with us. Look how it's multiplying," he said.

Picciolini expressed gratitude: "I wanna say, thank you, because I'm sitting here because of you."