Listen · 4:01 4:01
'Florida Project' Turns A Decrepit Corner Of Orlando Into A Cinematic Playground 4:01 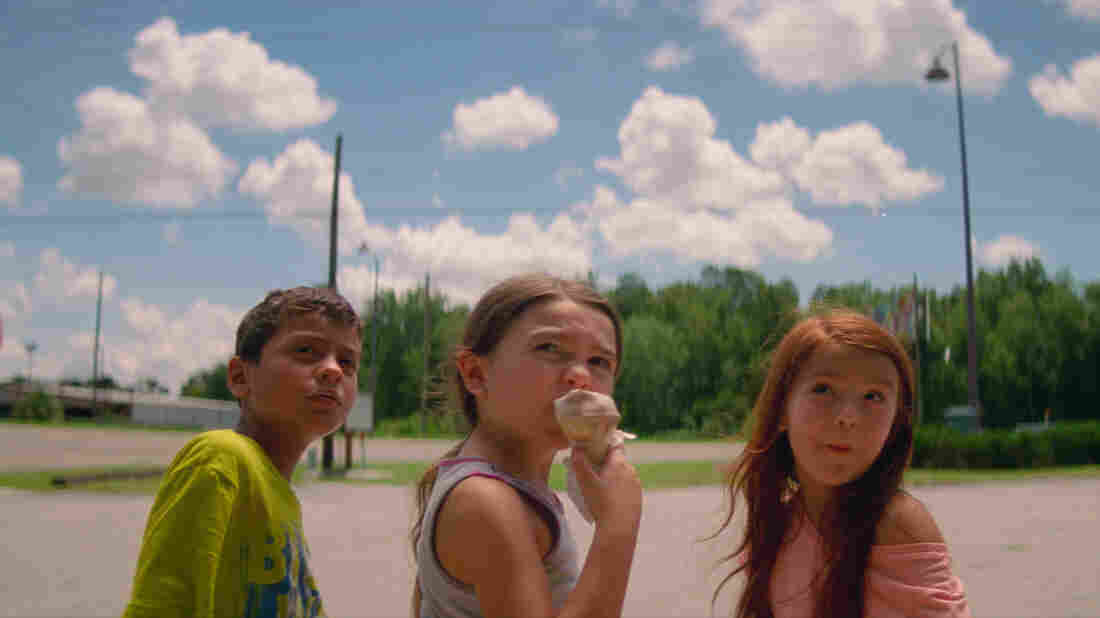 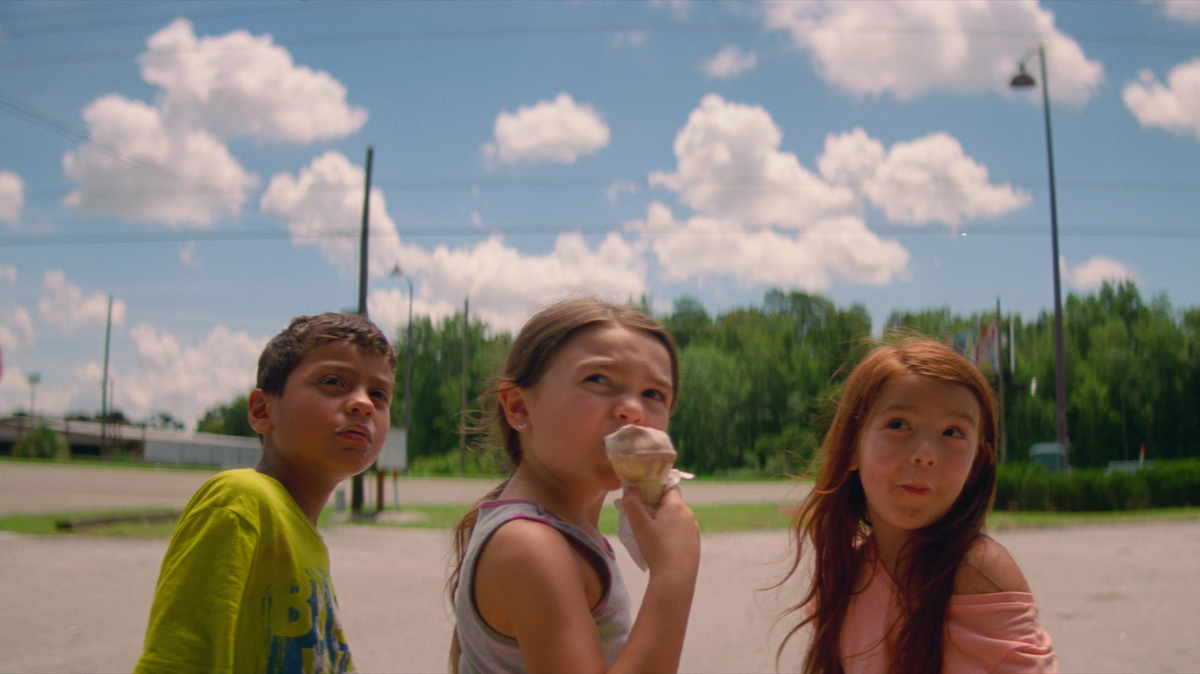 You had to wonder how director Sean Baker would follow up his shot-on-an-iPhone, transgender-prostitute comedy Tangerine if he ever got a hold of enough cash to pay for a star and a Steadicam. His extraordinary, almost-homeless-family dramedy, The Florida Project, provides the exhilarating answer.

It's set in a pastel Orlando that feels spiritually far removed from all things Disney — call it a "less magical kingdom." This sun-baked, off-ramp wasteland boasts brightly colored motels with knock-off mouse house names like Futureland Inn and Magic Castle. Built decades ago for budget-minded tourists, they're now filled with itinerant families who pay $35 a night to live in purple-stuccoed splendor.

These surroundings may be dreary for the adults who live there, but for 6-year-old Moonee (Brooklynn Prince) and her buddies Scooty (Christopher Rivera) and Jancey (Valeria Cotto), they're just the place to run wild — really, wild — without the benefit of Mickey, Goofy and other theme park mascots. Who needs organized attractions when you have sunshine, pals and all the time in the world?

Moonee's mom, Halley (Bria Vinaite), seems barely more mature than her daughter. She has green-streaked hair and is unable to hold a job even at the local strip club. She's not really cut out to be a mother, though she makes a general stab at being responsible by selling perfume (and sometimes her body) to tourists so she can pay their rent.

Halley means well, even if she can't follow through. That's enough to bring out the parental side of the Magic Castle's curmudgeonly, long-suffering resident manager (Willem Dafoe), who rides herd over unruly tenants — and the occasional wayward egret — with almost alarming finesse.

This is Vinaite's acting debut, and a striking one at that. Director Sean Baker found her on Instagram — he was following her account to show actors the qualities he wanted in the character. When he couldn't find those qualities with established actors, he asked if Vinaite wanted to audition. She turned out to be a fascinating find — a fine complement to Prince's tiny dynamo, who has the whole film riding on her tiny shoulders for quite a while.

Be Your Own Self: The Lessons Of 'Do I Sound Gay?' And 'Tangerine'

The Florida Project takes its title from the Disney organization's in-house name for Disney World when it was still just a stack of blueprints on Uncle Walt's desk in California. But there's an unspoken irony in calling the film The Florida Project, since the motels Moonee plays in have themselves devolved into housing projects.

That makes them fertile ground for Baker, whose reputation-making Tangerine took place in an equally down-at-heels neighborhood in Los Angeles two years ago. Happily, the director's aesthetic hasn't been wrecked by his now having the money to pay for 35 mm cameras. Everything that was wonderful last time is even better here, from first-time performers who light up the screen to dialogue that is profane and very funny for a while, then turns resonant and wrenching.

Baker has imbued this whole terrific movie with a child's sense of discovery — the sort that can turn a decrepit, pastel corner of Orlando into a vibrant cinematic playground.