Accessibility links
Agnes Varda And JR: The Cinematic Odd Couple Behind 'Faces Places' Agnes Varda practically invented the French New Wave, and at 89 she's still working, co-directing a new film with artist JR about their travels through the French countryside in his photography van. 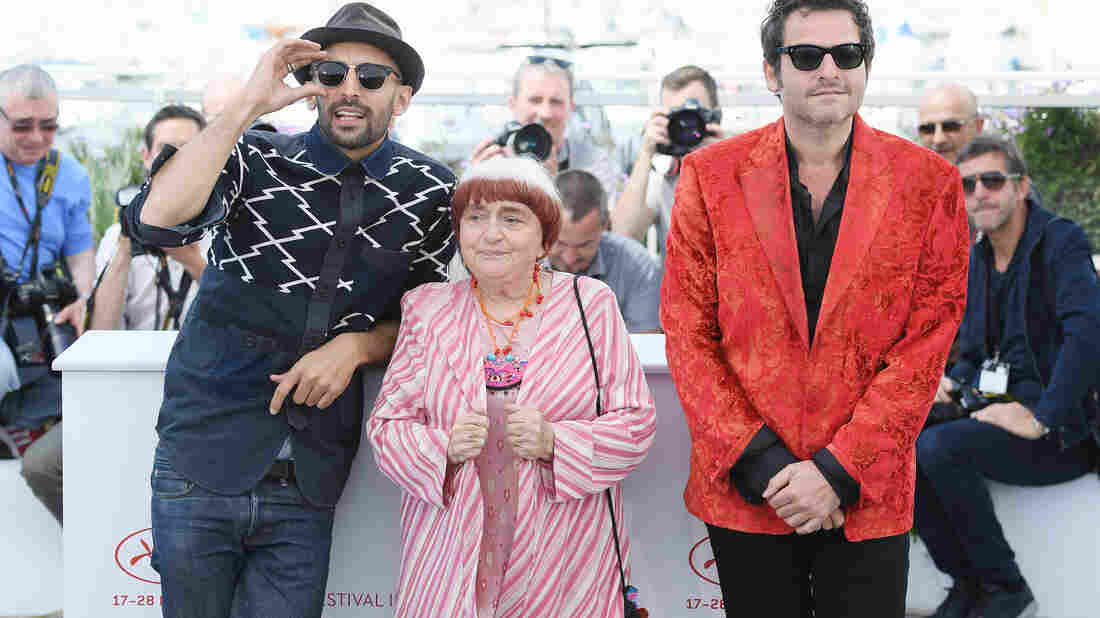 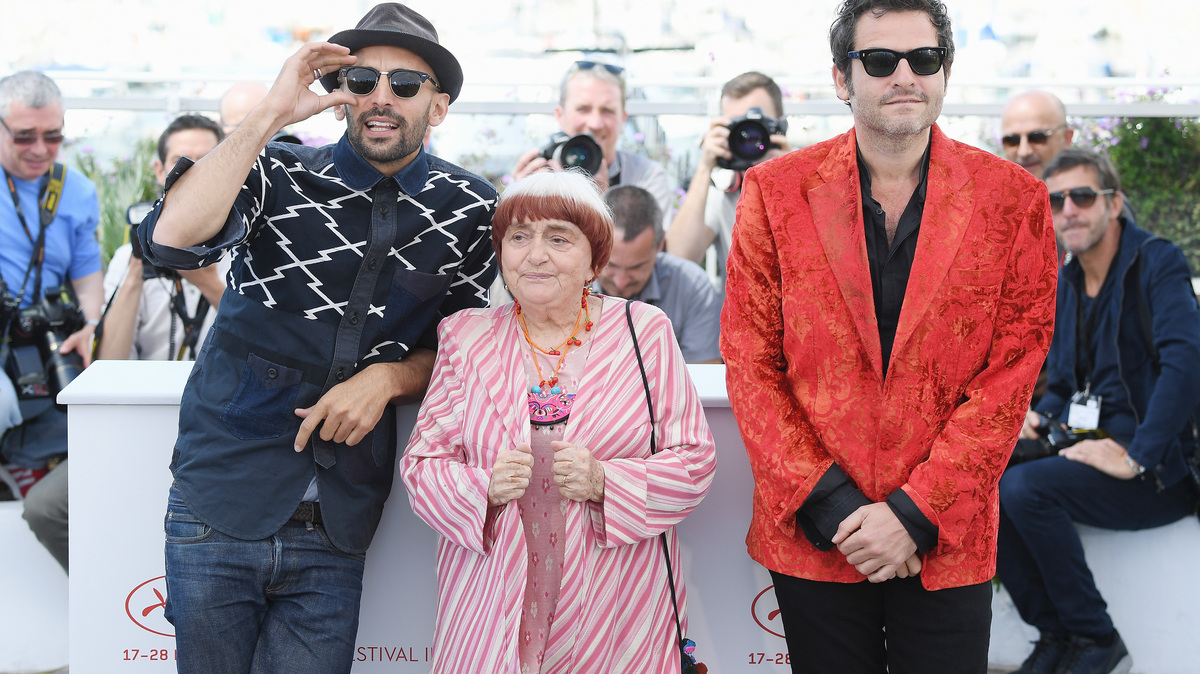 Agnes Varda is credited with making the very first French New Wave film in 1954. Later this year, she'll receive an honorary Oscar for Lifetime Achievement. And she's still making movies — her latest is called Faces Places, opening this week in U.S. theaters — and it's a collaboration with a street artist who goes by the initials JR. (He's the guy who created the giant toddler looking over the border wall between the U.S. and Mexico.)

They're an odd cinematic couple — she's 89 years old. He's 34. She's a giant of film who stood alongside Godard and Truffaut in the 1950s and 60s. He's an up-and-coming visual artist who pastes giant figures on the sides of buildings.

I'm always excited to paste and go in the action, and she made me realize that in cinema, in the writing of cinema, the reflection is the key of everything.

"Are we so different?" JR asks. "I mean, at the beginning it was a little bit harder for me because she would just direct everything and I couldn't place one word, and at some point I had to be like, 'OK, if we're really co-directing, I have to fight,'" he laughs.

"We made a good team, you know," Varda says. "We loved working together. We enjoyed it very much."

But JR admits that they work very differently. "I'm from generation where everything goes super fast, where you film, write, text at the same time. And she's from a generation where you stop, think, think again and then do. I'm always excited to paste and go in the action, and she made me realize that in cinema, in the writing of cinema, the reflection is the key of everything."

Two years ago, JR and Varda set out to make some kind of project together; they didn't know what. Varda says they decided to visit villages in rural France and see what might happen. "We thought that we could meet people and listen to them and listen enough that we would put them in the light, in a way ... give them value by noticing and listening to what they have to say."

They'd film their conversations, and JR created huge photographs that he and his team pasted onto the sides of buildings, barns, factory walls, giving their subjects larger-than-life identities. "We chose normal people that we met, I would say, people with no power," Varda says. "That was the point. The thing was, can we be person-to-person, and can we put the meeting as the main action? Meeting, listening, enjoying to meet."

Under His Parents' Shadow, Both On And Off Screen

They met striking dockworkers, farmers, a bell ringer. But as they travelled in his van — with the image of a camera pasted on each side — JR says the film also became about them. "The mystery of our relation and where it's going. Literally, when you're watching the film, we also don't know where it's going," he says, "and that allowed amazing surprise that we couldn't even have written. And the incredible thing for me is that we really didn't knew each other before we started the film. So it's not like, I met her a couple of times and then two years later we say, 'OK, we should do something.' It's literally, we met on a Monday. On a Tuesday, we meet again briefly. And on a Wednesday, we start shooting."

JR and Varda each came up with ideas. JR convinced Varda to think of striking dock workers in the port of Le Havre as a community, a village. She led him to a mailman, to some goat farmers. Then JR got Varda to agree to address her failing vision. "The friendly curiosity that JR put on me about the way I age, it became for him a sort of side subject," she says.

"She didn't want me to film any of that, that she's seeing less and less," JR says, "But the moment I actually got her to accept is when I say, 'Okay, let me try and realize what you're actually seeing.'"

JR recreated an ophthalmologist's vision chart on the steps of the French National Library, with 50 people holding giant letters and moving them up and down to replicate Varda's macular degeneration. "So the thing about ... the way you look at things — that's the base of our work," Varda says. "The base of filmmaker, photographer work. And the fact that my view, my look, my eye ... are getting weak and having problems, the question about out of focus or focus is part of our work. So I agree that JR questioned that."

And she questioned him. This is the first time in a career that spans more than 60 years that Varda has ever co-directed a film. And she says she found the perfect accomplice. "We calculated that we are 55 years difference of age. And it doesn't show in the film. In the work it doesn't show. It shows on our faces. But the way we got along, the way we decided together — the project kept us very near to each other."

So far, Varda and JR have no plans to collaborate again — but she also has no plans to stop working.

Howie Movshovitz teaches film and television at the University of Colorado Denver, reviews films for KUNC and directs the Denver Silent Film Festival.

Tom Cole edited this story for radio, and Petra Mayer adapted it for the web.