Accessibility links
Trump Ties Immigration Demands To DACA Deal, Including Border Wall Trump wants sweeping immigration changes as part of any legislative fix for the program that allows DREAMers to stay in the U.S. Top Democrats say this "fails to represent any attempt at compromise." 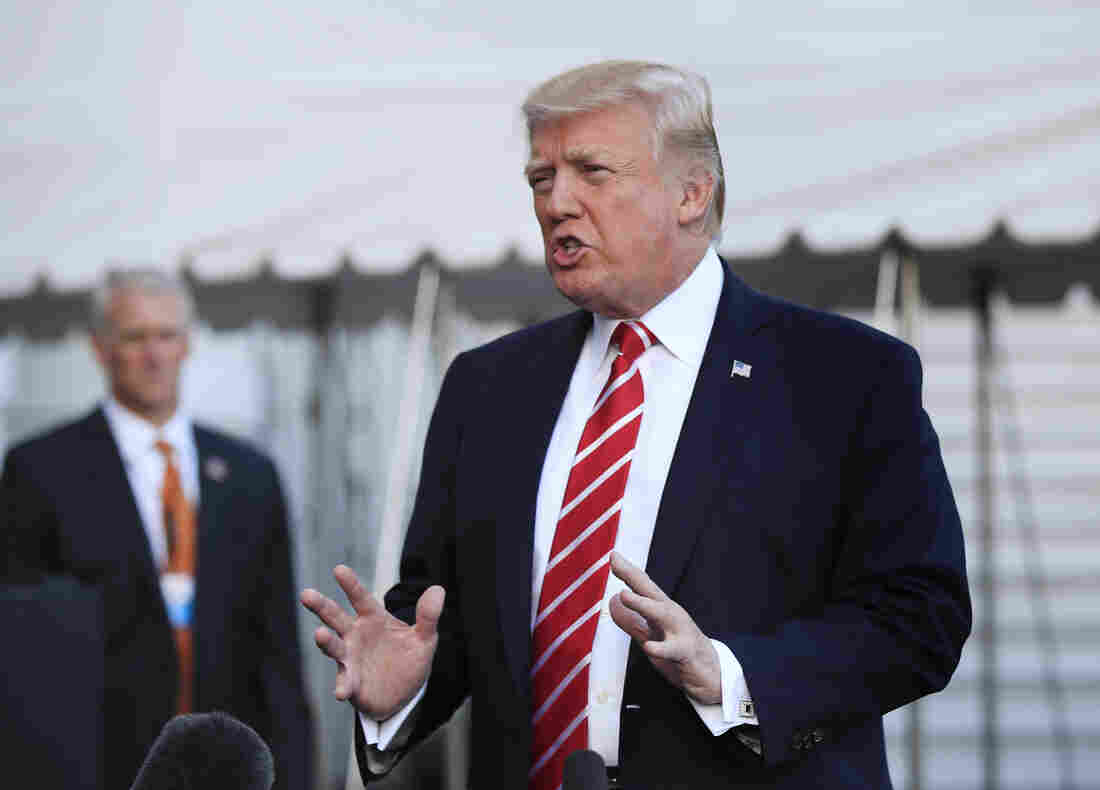 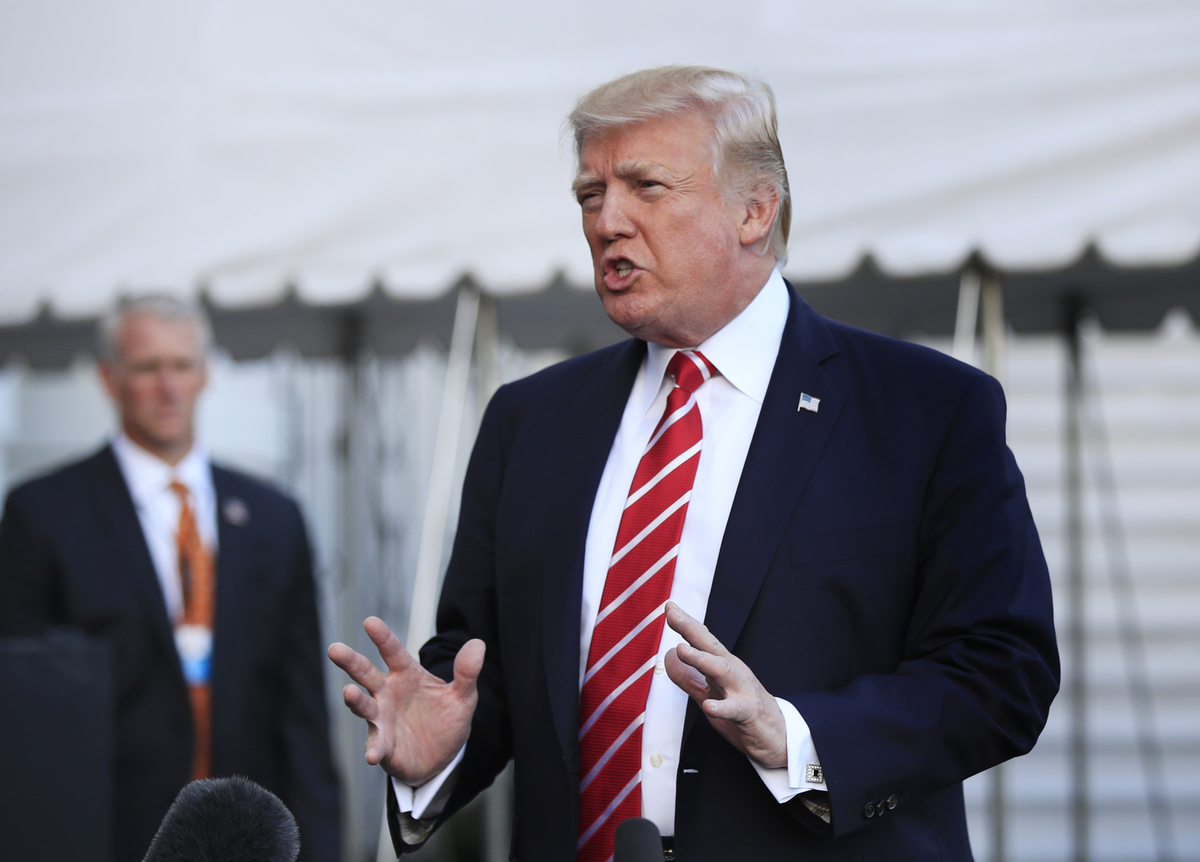 President Trump speaks to reporters Saturday at Andrews Air Force Base in Maryland. The Trump administration sent a list of immigration policy priorities to Congress that includes overhauling the country's green-card system, hiring 10,000 more immigration officers and building a wall along the southern border.

President Trump on Sunday sent Congress a list of sweeping immigration changes he says "must be included as part of any legislation addressing the status of Deferred Action for Childhood Arrivals (DACA) recipients."

Trump wants the border wall he campaigned on to be built, a crackdown on illegal immigration and to switch the U.S. legal immigration system from one that prioritizes family connections to one based on merit.

Trump has promoted these policies before, both during the campaign and as president. But what's new is demanding that they be included in the legislative fix for the DACA program.

"Without these reforms, illegal immigration and chain migration, which severely and unfairly burden American workers and taxpayers, will continue without end," Trump said in a letter to Congress.

Last month, concluding that the DACA program put into place by the Obama administration through executive action was illegal, Trump announced that he would end it in six months. He called on Congress to enshrine in law the protections for undocumented immigrants who were brought to the country as children. The approximately 700,000 DACA recipients are often referred to as DREAMers. Under the program, they temporarily avoid deportation and receive work permits.

Congress now has 6 months to legalize DACA (something the Obama Administration was unable to do). If they can't, I will revisit this issue!

Around that time, Trump had dinner at the White House with the two top congressional Democrats, House Minority Leader Nancy Pelosi and Senate Minority Leader Chuck Schumer, and all emerged talking about the rough outlines of a deal. A major component of that agreement was President Trump's willingness to take funding the border wall off the table, when it came to DACA legislation.

After the apparent agreement with Pelosi and Schumer, conservatives vocalized their rage, accusing Trump of abandoning the hard-line immigration platform he campaigned on. Conservative commentator Ann Coulter said at the time, "If we're not getting a wall, I'd prefer President Pence."

"DACA now, and the wall very soon," Trump told reporters on the south lawn of the White House in mid-September. "But the wall will happen."

Pelosi and Schumer say these proposals are a clear break with what they believe was agreed to during that dinner at the White House.

"We told the President at our meeting that we were open to reasonable border security measures alongside the DREAM Act, but this list goes so far beyond what is reasonable," Pelosi and Schumer said in a statement. "This proposal fails to represent any attempt at compromise."

Beyond the wall, the Democrats say the administration's list is "anathema to the Dreamers, to the immigrant community and to the vast majority of Americans."

Although Republicans control both chambers of Congress, they have a narrow majority in the Senate and have struggled to pass even top legislative priorities. And it's not clear that all, or even most, Republicans back what Trump is proposing on immigration. Passing a DACA fix is a top priority for Democrats, but they won't go along with Trump's long list of demands, meaning what once seemed like a bipartisan compromise in the works now looks more like another legislative standoff.

In his letter to Congress, Trump said the list of proposals was developed from the bottom up, working with law enforcement professionals on the front lines of America's immigration system.

"In response, they identified dangerous loopholes, outdated laws, and easily exploited vulnerabilities in our immigration system — current policies that are harming our country and our communities," his letter said.

Among the recommendations, as described by the White House:

"The principles the president has put out show he understands what's broken in our immigration system and what's holding down wages for American workers," Cotton said in a statement. "I'm especially glad to see him call for ending chain migration and moving to a skills-based immigration system. These kinds of reforms are long overdue."

Cotton introduced a bill to create a skills-based immigration system earlier this year, and while Trump voiced support for it at a White House event, the bill has just one co-sponsor.