Accessibility links
Joan Armatrading's Confident, Heatbreaking 'Walk Under Ladders' Melissa Etheridge once described the record as "the best produced huge album that never was." On it, Armatrading masters a pop sensibility while retaining the qualities that give her songs depth. 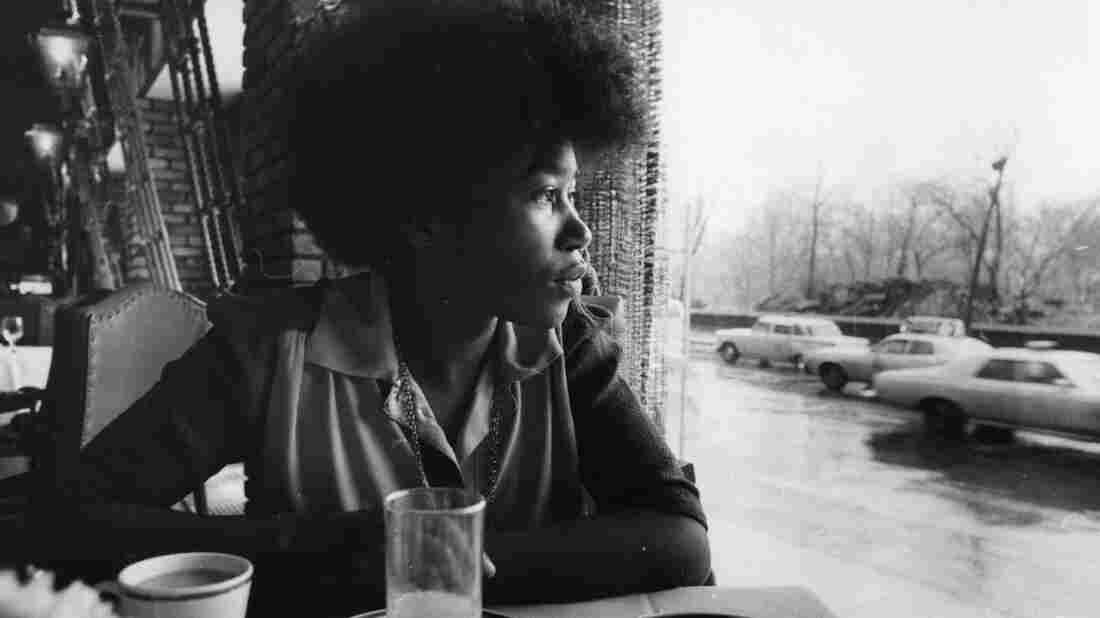 On Walk Under Ladders, Joan Armatrading makes a leap to a more pop sound without losing the distinct mix of styles of her previous work. Graham Wood/Getty Images hide caption 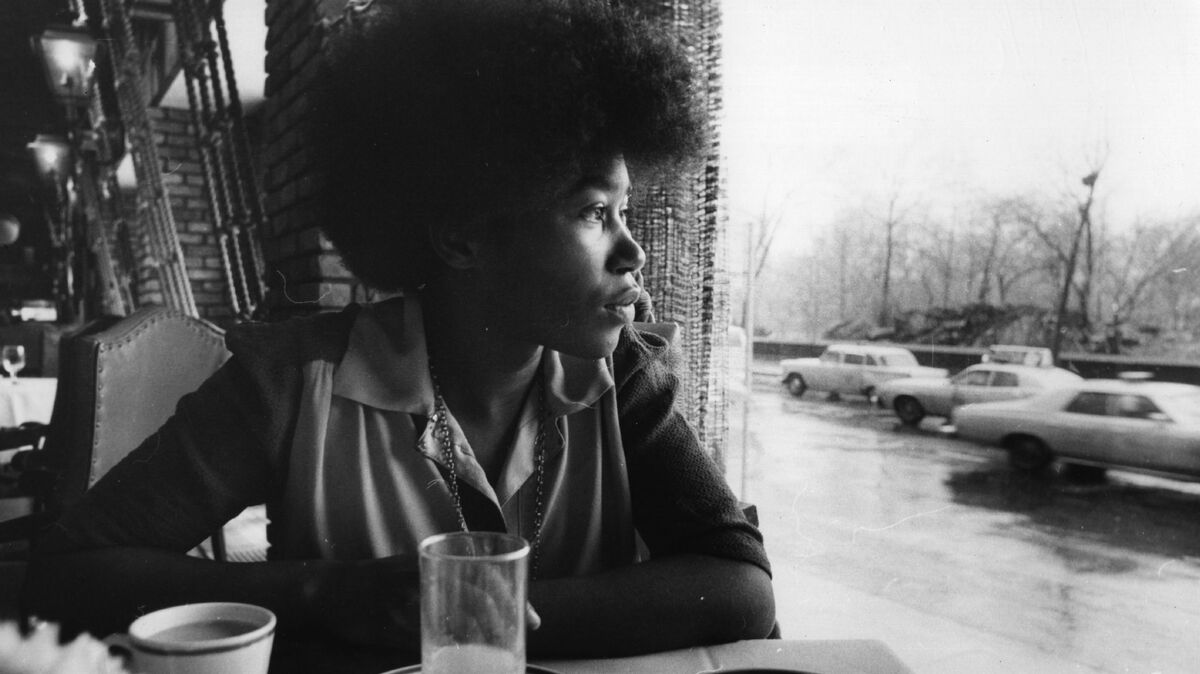 On Walk Under Ladders, Joan Armatrading makes a leap to a more pop sound without losing the distinct mix of styles of her previous work.

In Rolling Stone in 1999, Melissa Etheridge described Walk Under Ladders --singer-songwriter Joan Armatrading's seventh studio album — as "the best produced huge album that never was." (In other words, it was her best album — even if it wasn't her best-selling.) Etheridge has even paid homage to the 1981 album, often covering the song "The Weakness In Me" during live performances.

Although artists including Etheridge and Fiona Apple cite Armatrading as an important influence, and her music has been covered by the likes of Melanie Safka and U2, she remains an underrated and wholly unique voice among singer-songwriters. Walk Under Ladders is her seventh — and greatest — studio album, on which Armatrading makes a leap to a more pop sound without losing the distinct mix of styles of her previous work.

Though she has plenty of moving ballads in her canon, Armatrading — who was born in the West Indies and raised in the United Kingdom — stands out for her blend of rock, reggae, jazz, folk and blues. Armatrading first hit the charts in the U.K. with her third album, Joan Armatrading; it peaked at No. 12 on the U.K. charts and produced the hit single "Love and Affection," which reached No. 10 on the U.K. singles chart. It also introduced the world to her smoky alto voice and her distinctive songwriting style, which often broke with typical pop song tradition, sounding at times like jazz improvisation. It's a testament to Armatrading's prowess as a songwriter that "Love and Affection" remains catchy despite the fact that it lacks a traditional chorus.

Armatrading also didn't look like the typical singer-songwriter of the era. She didn't wear tight jeans or willowy dresses, and on the cover of her self-titled album, she appears to be without make-up. Her large Afro blends into a black background, and she wears a black jacket over a black T-shirt. Throughout the years, Armatrading has rarely deviated from this androgynous look. This androgyny is also part of her music; in songs from Walk Under Ladders like "The Weakness in Me" and "Romancers," it is rarely clear whether she is singing about a man or a woman. Yet the lyrics, much like her voice, have a powerful point of view that she never seems shy about asserting. In "Romancers," for example, she doesn't care if she's involved in a doomed relationship: "There's fifty people/ telling me to / give it up / but I don't want to hear," the singer tells us.

When Walk Under Ladders came out, Armatrading was at the height of her success. Her previous album, Me Myself I, had been her biggest hit yet: It peaked at No. 5 in the U.K., and, in the U.S., at No. 28 on the Billboard 200. Though Armatrading was not as well-known in the United States as she was in Britain, she had a devoted following in America and could easily sell out large concert halls. That following included, in particular, many feminists and many in the lesbian community — despite Armatrading's own reticence to speak about her sexuality and her arms-length approach to feminism. (In interviews, she often eschewed the label "feminist.")

But even if Armatrading doesn't label herself a feminist, she is a powerful, confident female voice in Walk Under Ladders. The opening and title track of Walk Under Ladders is about someone who has little doubt about her good fortune. It opens with a few measures of triumphant — yet slightly ominous — synthesizer, played by Thomas Dolby. (Armatrading maintains a consistently exploratory approach to her music, and this marks the first time a synthesizer appears on one of Armatrading's albums.) She sings "I'm lucky" three times before she tells us she can "walk under ladders." It's a song that evokes one of those days when you wake up and realize that everything is breaking your way. The song is also evocative of what's masterful about this album: It's upbeat and even danceable, despite lyrics that might portend a bad outcome.

Armatrading worked with producer Steve Lillywhite on the album, which helped her embrace a new, edgier sound. Lillywhite had previously produced new wave bands Siouxsie and the Banshees and The Psychedelic Furs, so the collaboration with Armatrading made sense — the tinge of reggae beats in her earlier music already tilted towards a sound that would become standard in new wave. Armatrading just picks up the pace with songs like "When I Get It Right," which has the choppy guitar, ska-like beat and synthesizer that are characteristic of early '80s new wave.

The Armatrading who can make you cry also appears on this album, particularly on "The Weakness In Me," which aptly captures the moral gray area that arises when it comes to matters of the heart. Armatrading describes someone in a perfectly loving and stable relationship who has fallen hard for another person and is torn between kindness and passion. She subverts traditional narratives by taking us inside the head of a would-be adulterer who can't quite blame herself for what's happening, singing: "Make me lie, when I don't want to / And make someone else some kind of an unknowin' fool / You make me stare, when I should not / Are you so strong or is all the weakness in me?"

More than any of her other albums, Walk Under Ladders shows off Armatrading's versatility as a writer and musician. Perhaps Armatrading never got as big in the U.S. as she did in Britain because she didn't quite fit into the Top 40 format as a musician or as a person, but the album cracked the door open in the U.S. for artists such as Fiona Apple, The Indigo Girls, Melissa Etheridge and Tracy Chapman. It set Armatrading in a new direction, where she masters a pop sensibility while also holding on to the distinct qualities that give her songs depth — the lyrics that never fail to look at the complex and uncomfortable truths of love and friendship.