Accessibility links
After Midnight: Thelonious Monk At 100 Misunderstood early in his career, the jazz pianist and composer — born Oct. 10, 1917 — came to have a massive effect on American music. 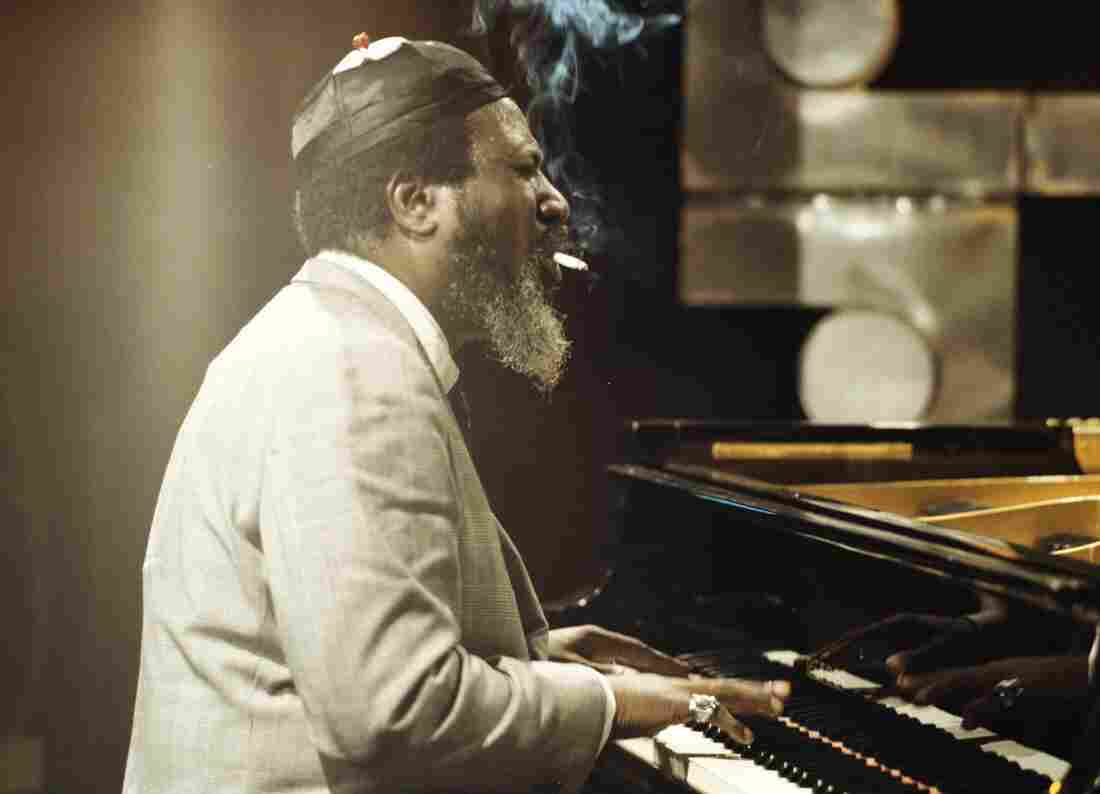 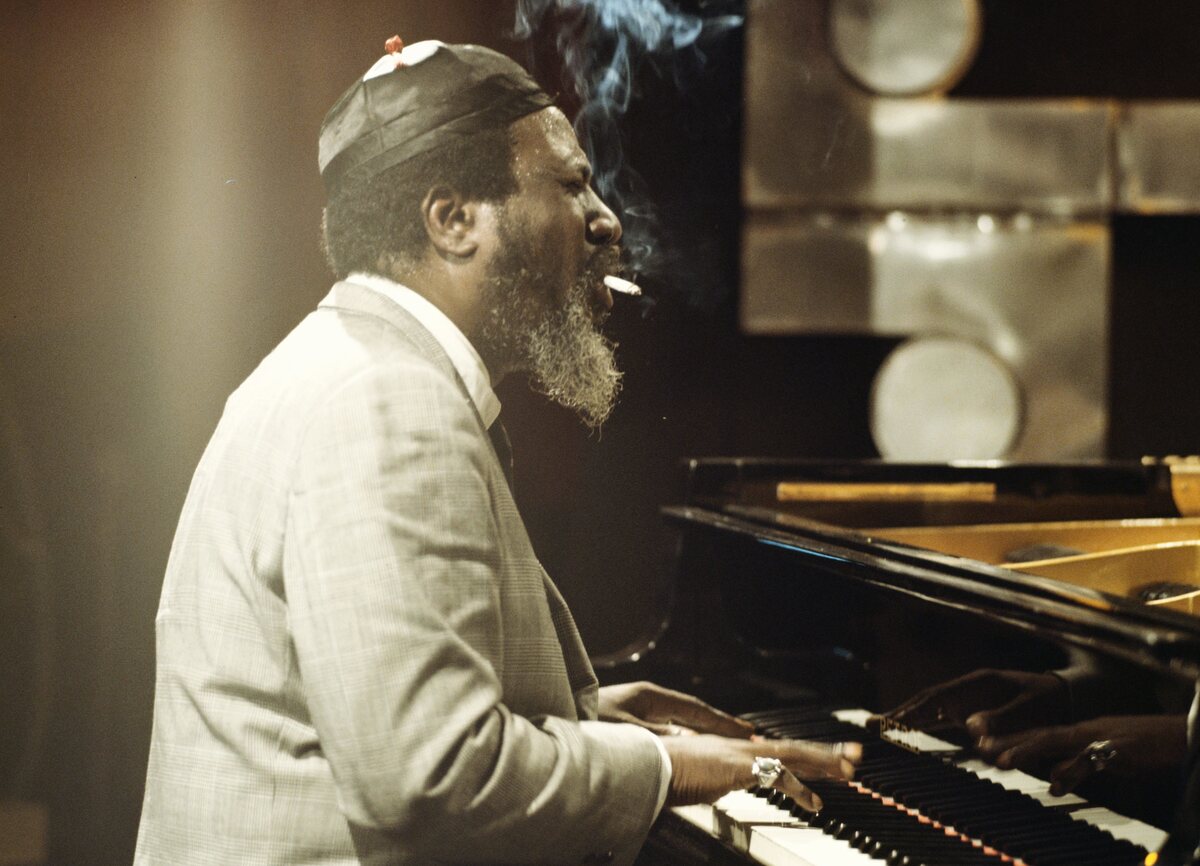 Thelonious Monk performs in London in 1970.

He was called "the high priest of bebop." With his goatee, dark sunglasses and exotic hats, Thelonious Monk was the quintessential hepcat. He patted his feet in mad rhythm while he was playing — and when his sidemen soloed, he got up and danced in circles.

Monk, who was born 100 years ago today, was also one of the greatest composers of the 20th century. The late pianist wrote about 70 songs during his career — many of which have became standards, including the most recorded jazz composition of all time, "'Round Midnight."

Robin Kelley, author of the biography Thelonious Monk: The Life and Times of an American Original, considers Monk the "most innovative, if not the greatest composer in the music we call jazz."

"As a pianist, he really brought together an earlier form of stride piano — a kind of classic form of early jazz piano — with a real modern conception of the instrument," Kelley says. "There are very few musicians who have a sound so original that no one can mimic them."

Monk was there at the birth of bebop in the early 1940s, when the emphasis in jazz shifted from big bands to virtuosic small groups. These small groups all played Monk's compositions and some of them, like Charlie Parker and Dizzy Gillespie, even became famous. But Monk remained relatively obscure — though he never let that get to him.

And Monk had a lot to be bitter about. He was broke most of his life, and for years he couldn't play in New York City because the police revoked his cabaret card — a musician's license — after he was arrested.

That white woman was the Baroness Pannonica de Koenigswarter. She was a member of the powerful Rothschild family — and a jazz enthusiast. She became Monk's muse and patron, giving him money, driving him to gigs and letting him rehearse and record at her home.

Eventually, she had a song written about her titled "Pannonica," after her first name. In fact, the women in Monk's life turned up a lot in his music; "Ruby My Dear" was written for a former girlfriend, "Crepuscule with Nellie" for his wife.

Monk was born in Rocky Mount, N.C. When he was 5, his family moved to New York, and he started playing the piano a year later. Keen to begin performing, Monk dropped out of high school to go on the road backing an evangelist. Composer David Amram was a young French horn player gigging around New York in the mid-1950s when he got to know Monk.

"I think that Monk was probably one of the most inspiring, delightful, warm, sensitive, funny, brilliant people to be around," says Amram. "And his music reflects that."

Some scholars say the reason Monk didn't become famous earlier is because he favored slower tempos and more complex rhythms and melodies. But that hasn't prevented his music from appealing to subsequent generations of jazz musicians. Indonesian piano prodigy Joey Alexander was 10 years old when Wynton Marsalis discovered him on a YouTube video playing Monk's "Round Midnight."

Alexander is 14 now and just released a centennial tribute to the late artist. "Monk is such a inspiration," Alexander says. "And his music changed me and how I approach music."

Monk suffered from a form of mental illness that worsened in the late '60s. He spent the last decade of his life as a guest in the Baroness de Koenigswarter's mansion in New Jersey, where he died of a stroke in 1982 at the age of 64.

But his music endures because it is so distinctive, as pianist Barry Harris told me in 1987. Harris lived with the older pianist for several years at the end of Monk's life.

"I think most pianists, when they hear him, they gonna play some kind of little sound that's going to be like a Monk sound," he says. "I mean, if you're a jazz musician, you're supposed to play a Monk tune — because Monk is the epitome of jazz."