Accessibility links
Grady Tate, Prodigious Jazz Drummer And Noted Vocalist, Dies At 85 The drummer was a first call for many of the finest singers of the 1960s and '70s, including Ella Fitzgerald, Tony Bennett, Lena Horne and Peggy Lee. 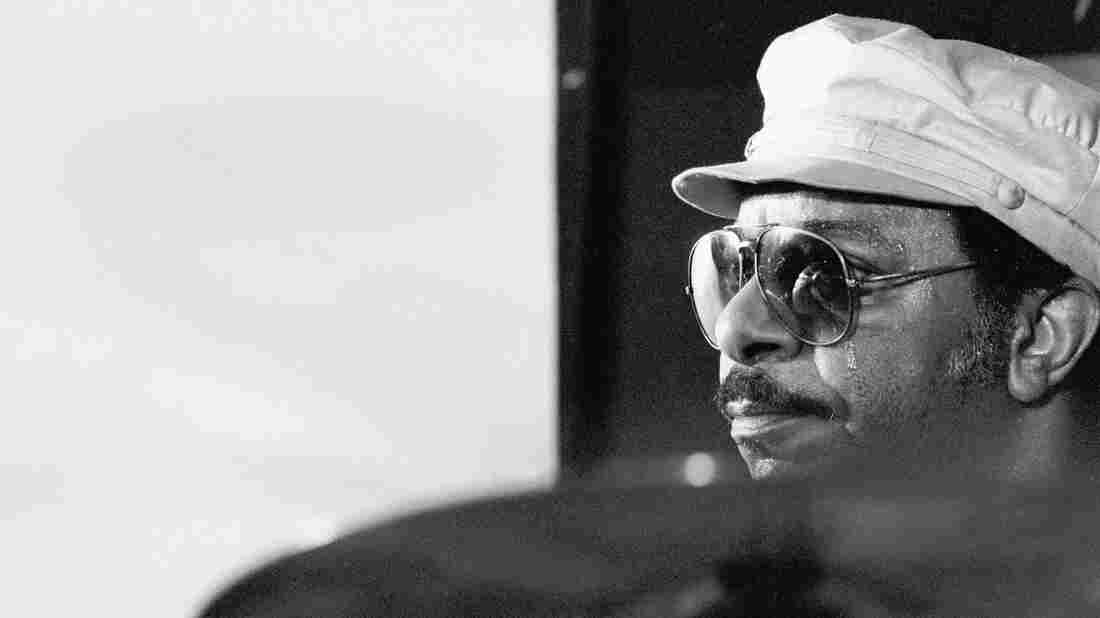 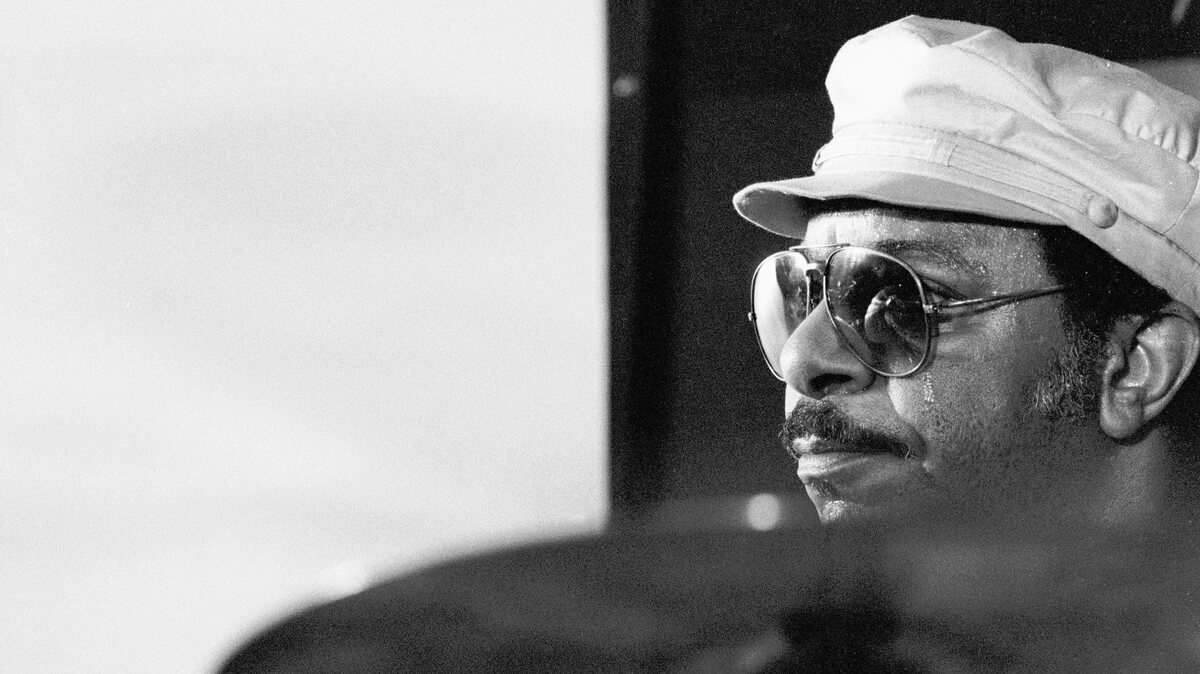 Grady Tate performs on stage at the Jazz Mobile Festival on Sept. 5, 1982, in Amsterdam.

Grady Tate, a crisp, swinging drummer who also enjoyed crossover success as a vocalist in a prolific recording career spanning more than 50 years, died on Sunday night at his home in the Upper East Side neighborhood of Manhattan. He was 85. His death was confirmed to NPR by Wendy Oxenhorn, executive director of the Jazz Foundation of America, which provides a range of assistance to musicians. No cause was given.

Tate was one of the most versatile and in-demand jazz drummers of the '60s and '70s, appearing on hundreds of albums. His first major appointment was with the Quincy Jones Orchestra in '62. Among the artists Tate backed were saxophonists Stan Getz and Stanley Turrentine, composer-orchestrators Oliver Nelson and Lalo Schifrin, and organists Shirley Scott and Jimmy Smith.

Here he is with Smith and guitarist Kenny Burrell in 1965, playing "Greensleeves" from the Verve album Organ Grinder Swing. Listen for how Tate places the beat — right on top, leaning slightly forward — and keeps things buoyant and brisk, even within the churn of a polyrhythmic waltz.

The precision and ebullient feeling in Tate's drumming made him a first call, in the studio and on tour, for many of the finest singers of the '60s and '70s, including Ella Fitzgerald, Tony Bennett, Lena Horne and Peggy Lee. He also had credits on some notable pop albums, like Roberta Flack's Killing Me Softly and Paul Simon's There Goes Rhymin' Simon. He was the drummer for Simon & Garfunkel's famed 1981 reunion concert in Central Park, which sold millions of copies when it was released as an album the following year.

A generation of kids grew up hearing Tate's voice on the soundtrack for Schoolhouse Rock!, the series of educational cartoons broadcast on Saturday mornings by ABC. The songs were largely composed by Bob Dorough, who sang more than a few of them himself. But Tate was featured on some choice selections, including "I Got Six" from 1973, "Fireworks" and, in a vocal performance as soulful as it is numerically instructive, "Naughty Number Nine."

Tate's career as a vocalist was much more than a side hustle, though, stretching back to 1968 and his debut album, Windmills of My Mind. The title track — a cover of the theme from The Thomas Crown Affair, which won the Oscar for best original song that year — presents Tate the singer in full bloom. He's a suave, companionable stylist, with unlabored phrasing and a careful attunement to lyric and mood.

(In fact, both of Tate's Grammy nominations were for vocal performances: Multiplication Rock was up for Best Recording For Children in 1973, and his version of "She's Out of My Life," from the Jimmy Smith album Go For Whatcha Know, vied for Best Jazz Vocal Performance, Male, in 1986.)

Though he had the voice of a jazz balladeer, Tate muscled easily into soul and R&B. "Be Black Baby," released as a 7-inch single on the Skye label, is a funky exhortation that can now be found on the compilation Black & Proud Vol. 1 - The Soul Of The Black Panther Era. The song was also sampled on tracks by Big Daddy Kane and the Beastie Boys, and turned up in the 1970 cult film Hi, Mom! — an early Robert De Niro vehicle, directed by Brian De Palma.

Grady Tate was born in Durham, North Carolina on January 14, 1932, and began singing in church at age 4. Not long afterward, he began playing drums; he was entirely self-taught.

After graduating from high school, Tate served four years in the Air Force, playing in a show band whose resident arranger was the trumpeter Bill Berry. He returned to Durham to study theater arts, literature and psychology at North Carolina College. Then he moved to Washington, D.C., where he worked briefly as a postal carrier before joining the organist Wild Bill Davis on the road.

Tate moved to New York in his late 20s, but not in pursuit of a musical career: he enrolled at the American Academy of Dramatic Arts to study drama. His training as an actor was curtailed after saxophonist and flutist Jerome Richardson recommended him to Quincy Jones, who had just lost his drummer. The association with Jones led in turn to session work and a six-year stint with Doc Severinsen's Tonight Show Band on NBC, from 1968 to '74.

For a certain pop-culture fan base, Tate will always be legendary for his cool, undulant drumming on the soundtrack to David Lynch's show Twin Peaks. Angelo Badalamenti, the composer, recently relayed Tate's joke that the score only ever inhabited two tempos: "slow, and reverse." But in addition to his delicate brushwork on the original Twin Peaks series, Tate is featured in the soundtrack to Twin Peaks: The Return, which aired this year.

One track, named in his honor, amounts to nearly two minutes of drumming in the foreground, in snappy waltz time. The track, "Grady Groove," captures the inherent musicality in Tate's beat, a gift both rare and so natural that it can still be easy to overlook.