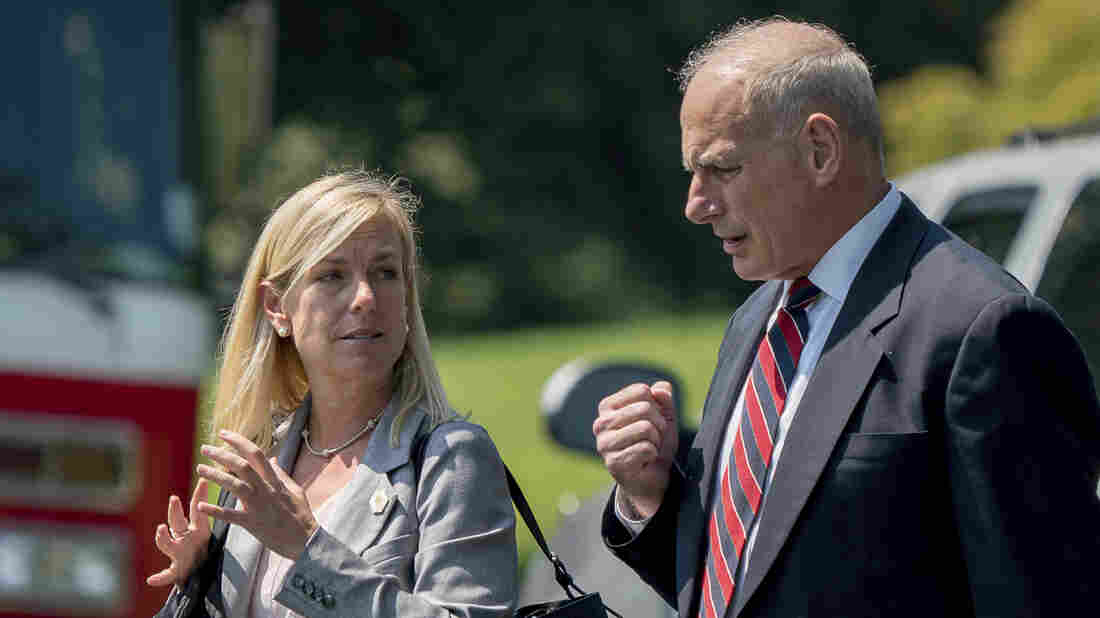 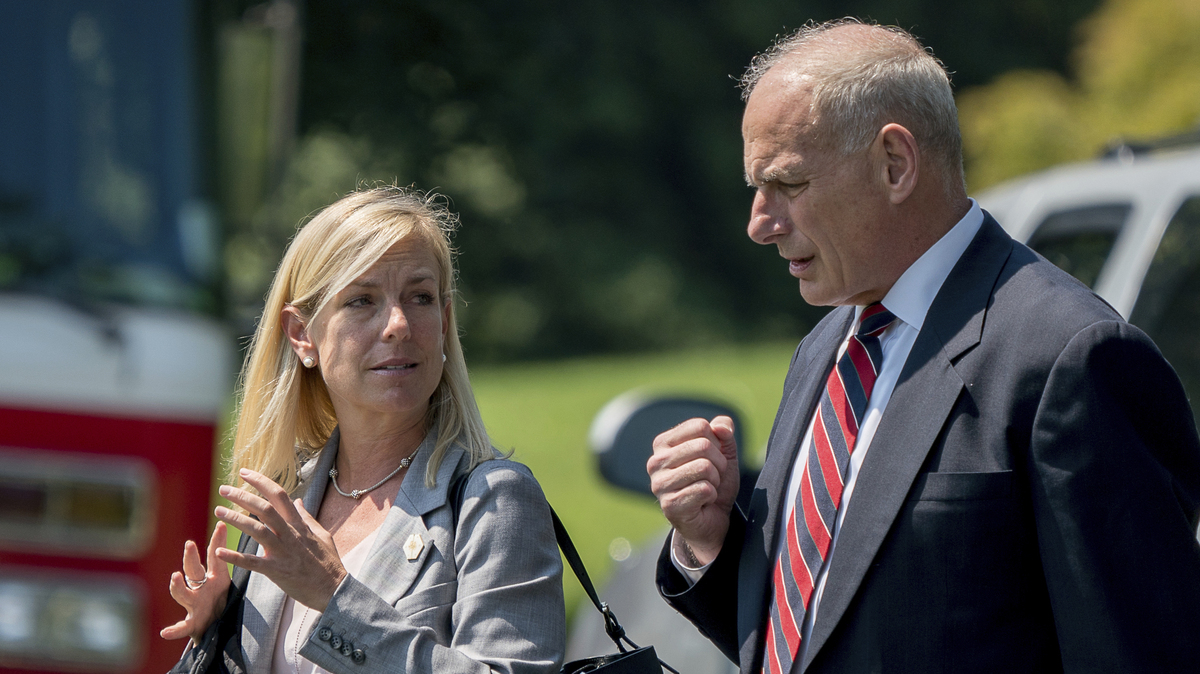 President Trump is nominating Kirstjen Nielsen to be the next homeland security secretary, the White House announced Wednesday.

Nielsen would succeed now-White House chief of staff John Kelly in the position if confirmed by the Senate. She currently serves as Kelly's principal deputy chief of staff and was also his chief of staff at the Department of Homeland Security.

Nielsen is an attorney who has experience in homeland security and cybersecurity, having served on the White House Homeland Security Council under President George W. Bush. She also created and managed the office of Legislative Policy and Government Affairs at the Transportation Security Administration. She's the first nominee to lead DHS to have previously worked there. Before she worked in the Trump administration, Nielsen founded a risk and security management consulting firm.

Elaine Duke has been serving as acting DHS secretary since Kelly departed the agency for the White House in July. Duke recently got into some controversy when she said that the hurricane response effort in Puerto Rico was a "good news story." That comment drew a critical response from San Juan Mayor Carmen Yulin Cruz, who has been an outspoken critic of how the Trump administration has responded to the situation on the ground in Puerto Rico.

The trust Kelly has in Nielsen will be crucial because, if confirmed, she'll have plenty on her plate. Increased border security and a possible overhaul of the immigration system remain top campaign promises Trump has yet to fulfill, including his trademark wall on the border with Mexico. A case challenging some aspects of the president's controversial ban on travelers from certain countries will soon be argued before the Supreme Court. And DHS will play a crucial role in continued recovery efforts after a particularly brutal hurricane season that devastated parts of Texas, Florida, Puerto Rico and the U.S. Virgin Islands.

Nielsen's work on Bush's botched hurricane relief efforts could come under scrutiny from Democrats. In a statement soon after news broke of Neilsen's anticipated nomination, House Homeland Security Committee ranking member Bennie Thompson, D-Miss., said he was "concerned about her past work in the Bush Administration during its botched response to Hurricane Katrina and am fearful that DHS — as well as this President — has not learned all the lessons from that tragedy given what we are seeing unravel in Puerto Rico and the U.S. Virgin Islands."

Former DHS Secretary Tom Ridge — the first person to ever hold the position, which President George W. Bush created in the aftermath of the Sept. 11 terrorist attacks — praised Nielsen in a statement, calling her a "homeland security veteran" who is "extremely well versed" in the threats facing the U.S.

"Kirstjen can hit the ground running and there won't be a learning curve," Ridge said. "Most importantly, in this hyper-political environment, Kirstjen is not a self-promoter. She is a patriot and takes a mission-focused approach to her work. I think her no-nonsense, business-like manner is what earned the confidence, first of General Kelly, and now the President."