Accessibility links
'Professor Marston And The Wonder Women' Is Strangely Subdued Angela Robinson's biopic of the colorful sexual triad behind the comic-book character is sweet, but so concerned with rendering their kinkiness as bold and important that it forgets to have fun.

'Professor Marston And The Wonder Women' Is Strangely Subdued

'Professor Marston And The Wonder Women' Is Strangely Subdued 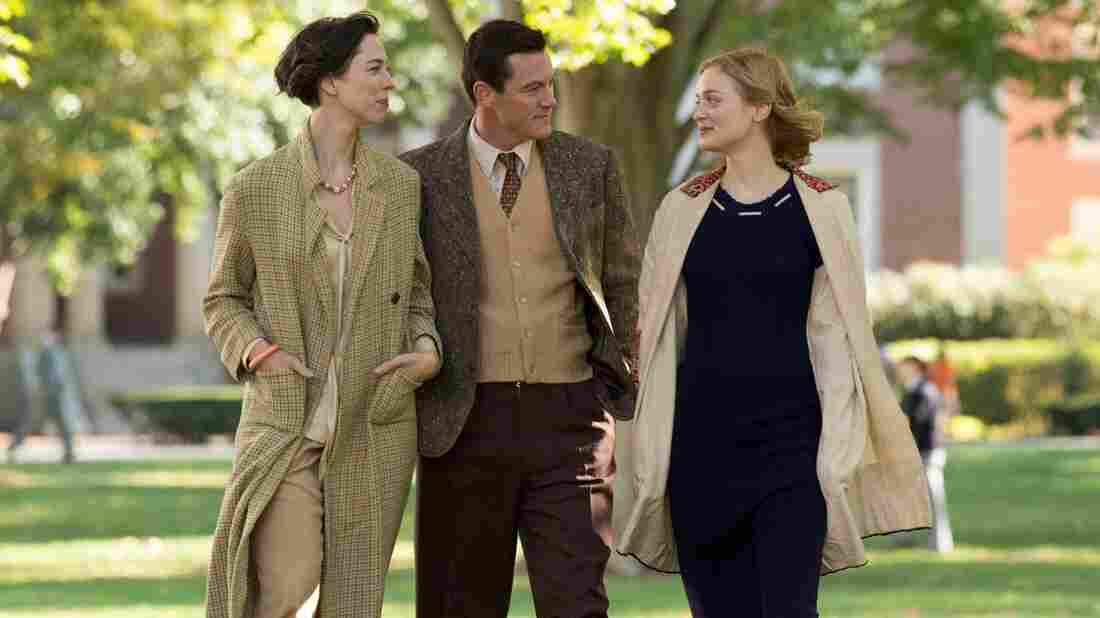 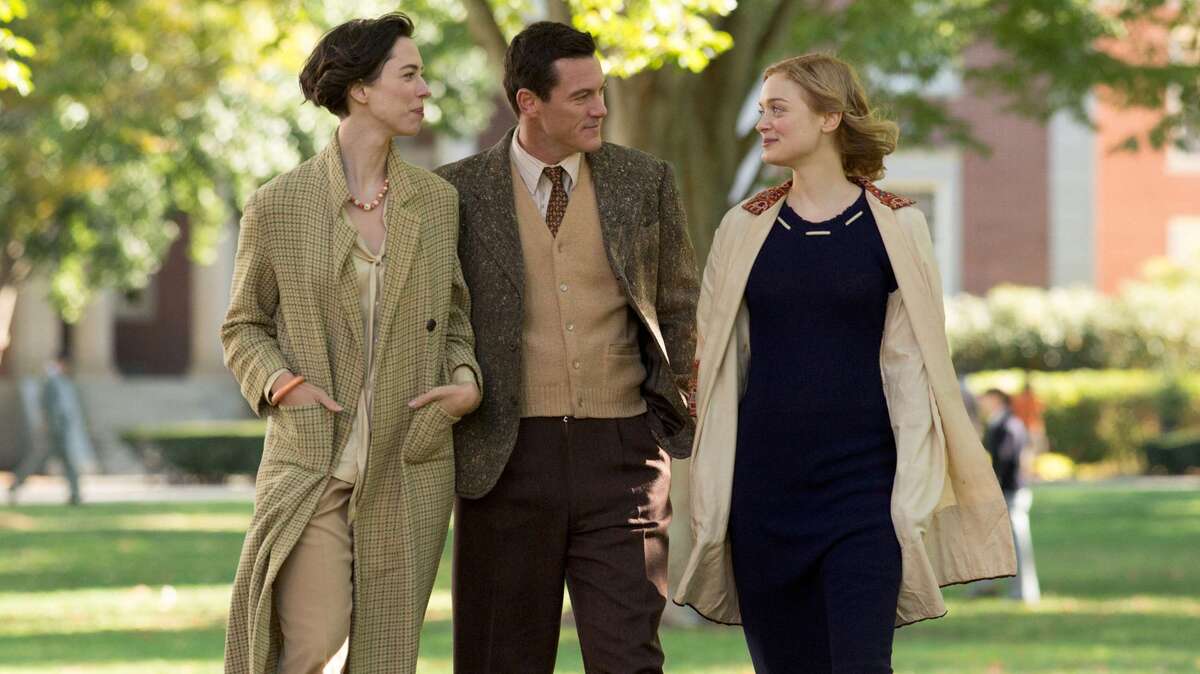 To The Wonder: Elizabeth (Rebecca Hall), Bill (Luke Evans) and Olive (Bella Heathcote) in Professor Marston and the Wonder Women.

In the anxious years after World War II, crusaders for decency accused many comic books of promoting deviant behavior. In the case of Wonder Woman, at least, the bluenoses were entirely correct. Some of the vintage Wonder Woman panels reproduced in Professor Marston and the Wonder Women are seriously kinky.

That was intentional and, in a way, high-minded. Briefly a professor of psychology, Wonder Woman creator William Moulton Marston wanted to bring his DISC theory (Dominance, Inducement, Submission, Compliance) to the pubescent masses.

Perhaps even more sensational is that Bill Marston (Luke Evans) maintained a 20-year relationship with two women, his wife Elizabeth Holloway Marston (Rebecca Hall) and their mutual lover Olive Byrne (Bella Heathcote). Each woman had two children by Bill, although Olive served as the principal mom. After Bill died at 53 in 1947, Elizabeth and Olive stayed together for four decades, until Olive's death.

Writer-director Angela Robinson intentionally presents this story as an almost-conventional romantic drama. The tale may shock some viewers, but what's most startling about Professor Marston is how unprovocative it proves. Bill's Wonder Woman scenarios were a lot wilder.

Sweet and rather silly, the movie is entertaining. It's rarely persuasive, however, and generally seems like a missed opportunity.

Among the film's most characteristically Hollywood traits is its rampant fictionalization. A complete accounting of the script's liberties would require a dissertation, but it's telling that Robinson has the Marstons meet Olive while she's enrolled at Harvard/Radcliffe, where Bill is a professor and Elizabeth is a Ph.D candidate. In fact, Bill did get three degrees, and Elizabeth a master's, from the university. But Bill didn't teach, and Olive never studied, at Harvard or its sister school.

The movie begins in 1945 with Bill's attempt to protect himself and Wonder Woman from a puritanical zealot (Connie Britton). It then rewinds about 20 years, introducing Bill as the inventor of the lie detector (not strictly true) and Elizabeth as a brilliant, impatient academic who curses like a sailor in a British accent she likely wouldn't have had. (She was born on the Isle of Man, but grew up in Boston.)

The Marstons meet, admire, and analyze Olive, an undergrad goddess with an impressive feminist pedigree. Elizabeth fears the young beauty will steal Bill, but Olive turns out to be smitten with both of them. In fact, the chemistry is stronger between the two women than between Olive and Bill.

This is perhaps wishful thinking on Robinson's part, but it does make the three-way relationship appear more modern, and less like a Jazz Age update of a sultan's harem.

Olive joins Bill and Elizabeth to explore the bondage-and-discipline games played out in private places like the back room of a Greenwich Village lingerie shop and the college sorority where sisters dress as babies to be spanked. The trio finds such activities interesting from an academic perspective, and also ... in other ways. Paddles, ropes, and lingerie inspire lust, as well as occasional visions of an Amazonian superheroine who wears oversized bracelets just like Olive's.

What Professor Marston doesn't get — or manage to convey — is that Bill's ideas of bondage-based female power have dated badly. Just because Bill, Elizabeth, and Olive were out-of-sync with their time doesn't mean they were ahead of it. Bill Condon's semi-comic Kinsey struck a more appropriate tone, recognizing the sex researcher's historic significance while not concealing his blunders and quirks. Robinson plays it much safer, sidestepping both Eros and the satirical treatment DISC deserves. It's too bad Professor Marston isn't sexier, but the main problem is that it isn't funnier.