Accessibility links
'The Foreigner' Is Cold As Ice Director Martin Campbell's first film since Green Lantern stars Jackie Chan, but the joyless proceedings drain the actor of his trademark charisma. 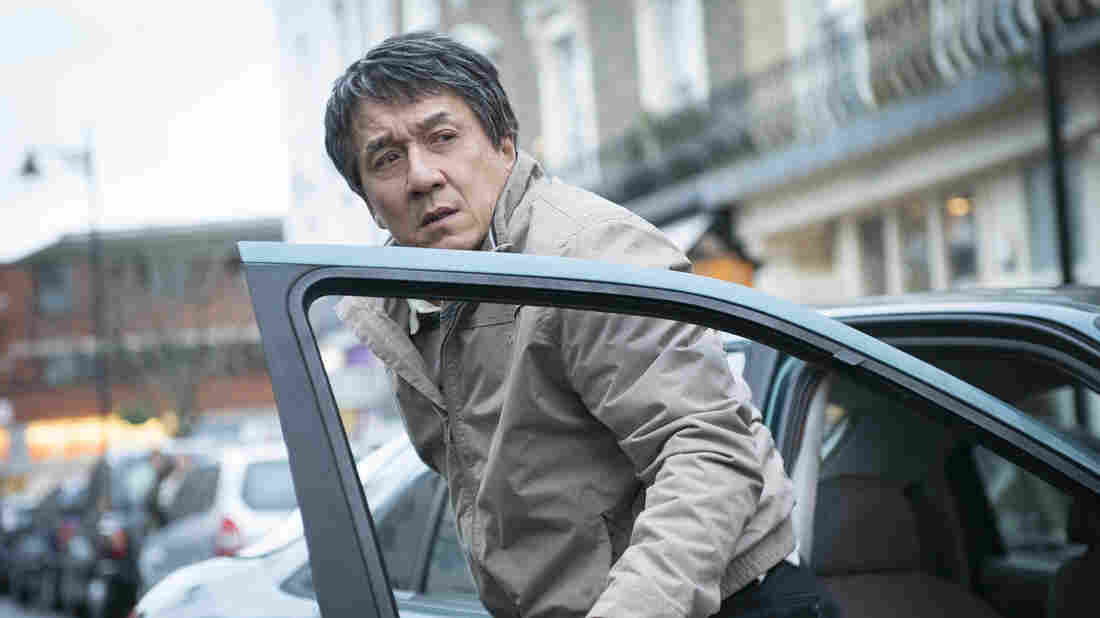 A Very Particular Set Of Kills: In The Foreigner, Jackie Chan is Quan, a father seeking vengeance for the murder of his daughter. Christopher Raphael/STX Entertainment hide caption 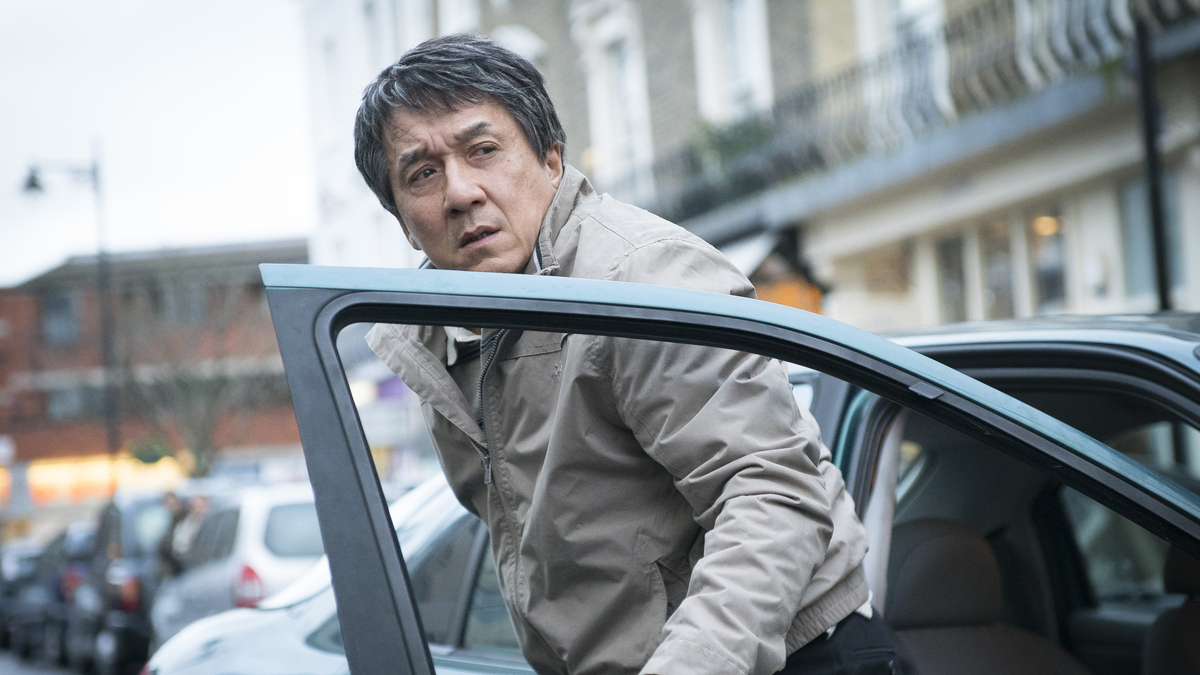 A Very Particular Set Of Kills: In The Foreigner, Jackie Chan is Quan, a father seeking vengeance for the murder of his daughter.

No ticket-buying constituency is likely to feel well-served by The Foreigner, a chilly marriage of political thriller and latter-day Liam Neeson-style geriatric revenge-o-rama. Neeson, of course, pivoted to the throat-punching game late in his career. Jackie Chan, The Foreigner's top-billed star, has been making action films his entire professional life. As a physical artist, he's of the cinema's all-time all-timers, Buster Keaton and Bruce Lee in one compact, now-63-year-old frame. His athletic gifts have always been buoyed by a warm and likable screen persona. As connoisseurs of the failed-stunt gag reels that used to play under his movies' closing credits can attest, he always hurt himself for real far more than he ever pretended to hurt anyone else. And all for our amusement.

Well. There's no gag reel at the end of The Foreigner, and Chan's bright smile is nowhere to be found, not even in the relatively cheerful opening moments when his character's adolescent daughter is still alive. He's due some credit for trying to branch out, I suppose. His co-star Pierce Brosnan stays much closer to his strengths as a philandering Irish Deputy Minister scrambling to keep his career and his own family alive — in that order.

In a scenario adapted by David Marconi from a Stephen Leather (!) novel called, um, The Chinaman, Chan plays Quan, a Chinese-born soldier who fought for the Americans in Southeast Asia. He now cherishes his quiet life running a small London restaurant and fretting over who's taking his adolescent daughter to a school dance. When she perishes in a bombing by a breakaway faction of the Irish Republican Army, Quan becomes convinced, based on nothing more substantial than a brief TV interview, that Belfast politician Liam Hennessey (Brosnan) knows who the bombers were. Quan's escalating campaign of phone calls, polite visits, threats, and eventually, ever-larger bombs and not-quite-lethal traps to make Hennessey give up those names has a slapsticky Spy Vs. Spy quality — my audience was rolling during these scenes — though it clearly isn't meant to be comic. I kept thinking about Jason Schwartzman and Bill Murray's pranks and counter-pranks in Rushmore, a movie that is somehow both more flippant than The Foreigner and more insightful about grief.

A more apples-to-apples comparison would be Collateral Damage, a 2002 Arnold Schwarzenegger flop that featured a somewhat-humanized Austrian Oak as a firefighter who seeks revenge when his wife and child are killed in... a terrorist bombing. Arnold cried for them in that movie. But people don't want to see Arnold cry any more than we want to watch Jackie Chan use a stupid key to get through a locked gate the way the rest of us chumps do. We want Wheels on Meals Chan, or at least Rumble in the Bronx-and-not-the-dubbed-and-reedited-Western-version Chan. We want to see him bound and bounce like he's got coiled springs for joints, and beat up armed assailants using ladders and brooms and whatnot. He obliges us in The Foreigner, a little, though again you feel like he's suffering more than the younger, bigger men he's roughing up. (He appears to have maintained his lifelong practice of serving as his own stuntman, though many of the movie's hand-to-hand melees are dark enough it's difficult to know for certain.) You also get to see him cauterize his own wounds with a red-hot knife and weep himself to slumber in the icy rain, like John Rambo did back in 1982.

New Zealand-born director Martin Campbell is a veteran of two Zorro features and two James Bonds: Goldeneye, which introduced Brosnan to the role, and the marvelous Casino Royale, which inaugurated Daniel Craig 11 years later. The Foreigner is his first feature since Green Lantern bombed six years ago. If it suggests anything, it's that palace intrigue might be Campbell's true calling: The movie comes to life whenever Hennessey starts badgering his old IRA contacts to figure out who the bombers were, while also trying to prevent the British Prime Minister from firing him. Like many former 007s, Brosnan has become a wilier and more interesting actor as he's aged. He's fun to watch as a not-so-good guy who's trying to do the right thing for not-so-honorable reasons. Unfortunately, the chemistry he shares with Chan can only be measured in microns. Their eventual face-off is as anticlimactic as it is inevitable.