Accessibility links
Stream Béla Fleck & Abigail Washburn's New Album, 'Echo In The Valley' As musicians and as songwriters, Fleck and Washburn are predisposed to embrace the entire world — its sounds and its occupants alike. 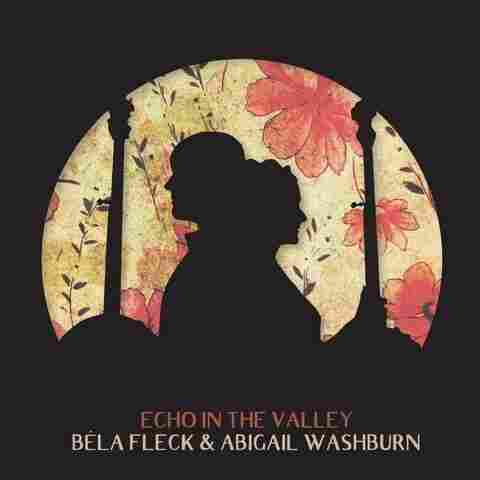 Béla Fleck and Abigail Washburn are two of the least complacent musicians around. With skill that can border on otherworldly, both push boundaries, stretching their sound beyond bluegrass, across continents and into everything from prog-rock to Eastern instrumentation. They're also a married couple, which only enhances the seamlessness of their interplay: Echo in the Valley, their new album together, often sounds like the work of considerably more than two people.

According to the pair's self-imposed rules for the project, it actually can't be. Those rules include a banjos-only policy for instrumentation, with no guest players and nothing on record that the two can't duplicate in a live setting. Echo in the Valley is Fleck and Washburn's second album as a duo — the first, a self-titled set from 2014, won a Grammy — and it quickly jells into a comforting but inventive swirl of traditional tunes and sweeping originals.

Though an instrumental medley heads down a nearly eight-minute detour, Echo in the Valley provides a grand and inviting vocal showcase for Washburn, who remains a warm, relatable, versatile singer. The album just keeps surprising, whether in the restraint of "Let It Go," the subtly warped solos of "Don't Let It Bring You Down" or the alternately worn and soaring blues of "My Home's Across the Blue Ridge Mountains."

For all its sonic detours, Echo in the Valley comes from a consistent place thematically, with songs that sing the praises of hard-won perspective and hands outstretched to the vulnerable. As musicians and as songwriters, Fleck and Washburn are predisposed to embrace the entire world — its sounds and its occupants alike. Echo in the Valley ties the many threads of their interests into a work that dazzles without sacrificing a shred of approachability.