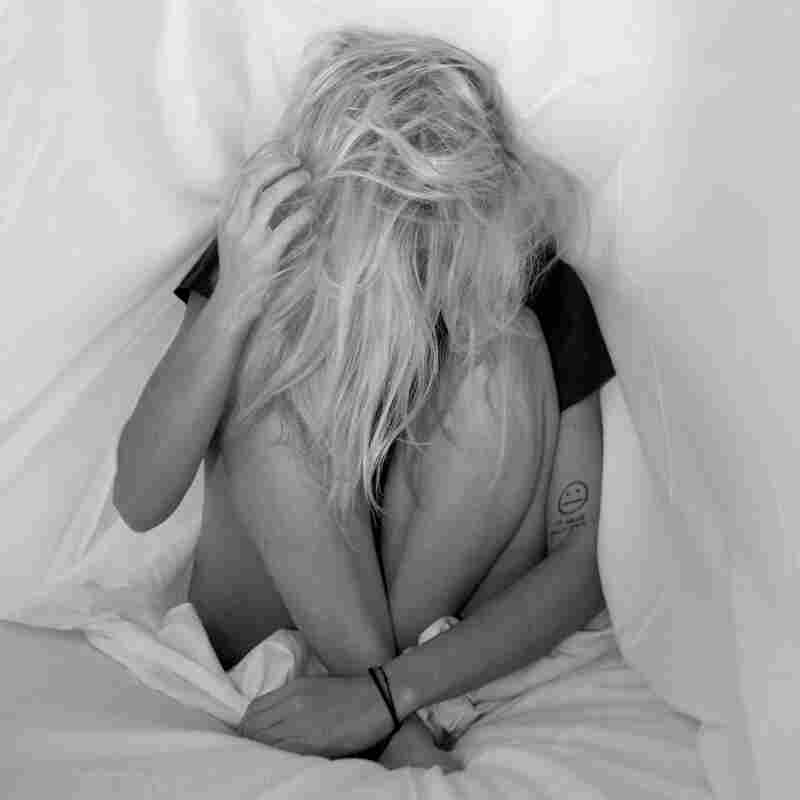 When Alicia Bognanno unleashes that glorious howl, you can't help but absorb everything she's feeling: the simmering anger, the built-up resentments and regrets all boiling over into rage. As the dynamic singer and guitarist of her band Bully, Bognanno is an undeniably potent force. Yet behind every snarl and throat-shredding scream into the void, there are subtler shadings at work, particularly when she's accompanied by her own harmonies. On the surface, they work to infuse pop melodies into the band's fray of guitars. But they also personify a dialogue between two selves: the externalized ferocious confidence, and the inner heartache and restless fixations of a wired, busy brain. On the Nashville band's visceral second album, appropriately titled Losing, Bully deftly highlights this duality.

Across the following 11 songs, Bully further documents this decaying relationship — from emotional straying ("Running") to blowout arguments stemming from old betrayals of trust ("Spiral") to the murky feelings that endure after splitting up ("Guess There" and "Not The Way"). Whether based on her experiences or not, from the perspective of a young artist still sorting things out, these thematic threads are grounded in honesty.

On "Kills To Be Resistant," Bognanno tamps down a complicated and unrequited stir of emotions for the object of her affection, pining "When I'm around you, I try and keep my distance / I swallow the instinct, but the feeling's persistent" with a resignation that they cannot be together. Later, "Blame" questions her role in how things fell apart, musing "And I wonder if sometimes you think that you've created a monster / A bitch who can't even blink / I swear to god I feel like her." Elsewhere, "Focused" portrays efforts to overcome deep-rooted pain, without ever escaping our pasts, while "Seeing It" confronts the misogyny, abuse, and marginalization women often face. "Replayed it all in my head / I closed my eyes and I erased your face from my mind," Bognanno seethes.

Like Bully's previous releases, Bognanno has her fingerprints in every creative aspect of the music process. Once again, she engineered and mixed Losing at Chicago's Electrical Audio — the studio owned by Steve Albini, where she once interned years back — and remains dedicated to recording to analog tape, an approach that coaxes Bully's band members (guitarist Clayton Parker and bassist Reece Lazarus) to work decisively while amplifying urgency in the performances. The result bridges the messy immediacy of Bully's self-titled 2014 EP, and the taut and polished first album, 2015's Feels Like. Losing sharpens its irresistible combo of lacerating punk and catchy pop, while also conveying the fun and exuberant jolt of the band's live set. That contrast can be heard immediately. The crunched guitars on "Running" sound as strident as ever, while songs like "Not The Way" writhes in brooding, with overdriven hooks piercing through blown-speaker power chords. Still, even short songs offer room to stretch or cool down between choruses, or, on "Guess There," punctuate cutting phrases with dizzying feedback: "And the truth is that unproductivity haunts me / Because I hate feeling useless / And nothing tastes right to me."

Even when addressing her struggles with doubt, anxiety and depression, Bognanno yearns to feel some normalcy after so much upheaval. But making lasting change proves difficult and Bognanno can often be her own worst critic: Worn down and fed up, she frequently picks away at her worst impulses with biting asides. Yet as Losing closes out with "Hate And Control," she focuses outward. Wondering aloud "What is it about me that makes you so uncomfortable? Can we just exist without your hate and control?" the song is as directly political and socially active as Bully's ever been, refusing to yield to anyone who deploys differences in identity to fuel division and fear. In these heartfelt pleas for empathy and care in uncertain times, Bognanno is at her most empowering and humane. For an album as frenetic and furious as this, it's a welcome sliver of light.