Accessibility links
After Las Vegas Massacre, Victims Search For Their Heroes Of The Night Facebook pages have been set up to reunite people with the strangers who helped them. One victim's father says he'd like to "give that feeling that you really mattered to somebody. To us." 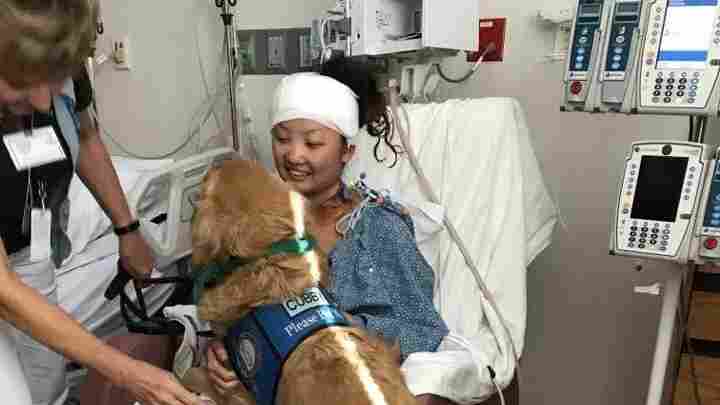 Fellow concertgoers helped get Elle Gargano over the fence and out of the festival grounds after she was wounded last Sunday. Courtesy Gargano Family hide caption 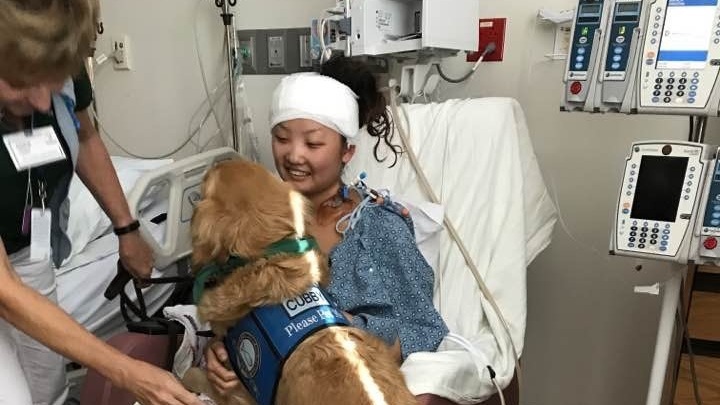 Fellow concertgoers helped get Elle Gargano over the fence and out of the festival grounds after she was wounded last Sunday.

On that Sunday night in Las Vegas, Elle Gargano was listening to country music at the Route 91 Harvest Festival when she was shot in the back of the head.

Her friend got her under the stage at the concert to protect her and fellow concertgoers helped get Elle over the fence and out of the festival grounds.

"They ran toward the street and they hailed somebody going by in a car, a man and a woman and they stopped them," Elle's father Mike Gargano said in the chapel of the Spring Valley Hospital where Elle is recovering. "They said, 'This girl's been shot, she needs to go to the hospital.' And they said, 'Get her in, we'll take her there.'"

Now that they know Elle, 23, will survive what could have been a fatal gunshot wound to the head, the Gargano family wants to find those strangers.

On the night of the mass shooting, there was a mad scramble to get away from the concert venue: people running, strangers pulling the wounded over fences and throwing them into cars and trucks. The drivers of those vehicles raced to hospitals. Now more than a week later, survivors have begun searching for those unnamed heroes who saved them or their loved ones.

The Garganos are not the only ones searching. Facebook pages are popping up, started by people trying to reunite with the strangers who helped them, pages like Finding My LV Hero and Reunite Route 91. The latter has some 160 members.

I would give them the biggest hug — a huge bear hug.

On that night, Elle, who attended with friend Justine Walker, was dressed for the country festival. She had on cut-off jean shorts, a black tank top, Converse sneakers and a Western buckle on her black belt.

Why Finding A Motive After The Las Vegas Shooting Matters

When the gunfire started, Walker and others got Elle to the strangers' car.

But there was no space for Walker to ride with her.

Elle told her dad that she became very worried when she heard she'd have to go without Walker. Because of exhaustion from recovery, Elle's parents told her story on her behalf. "Because I couldn't see, I didn't know who these people were. Justine wasn't with me and they just drove off with me,'" Mike said. 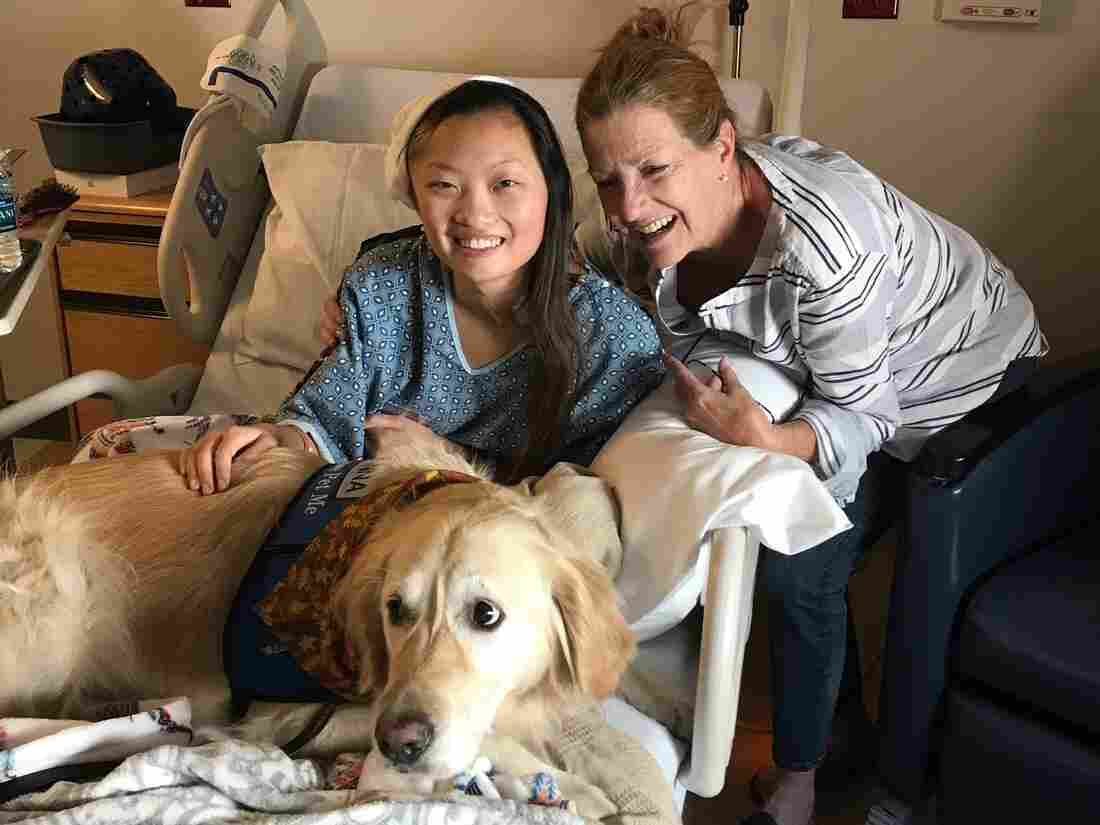 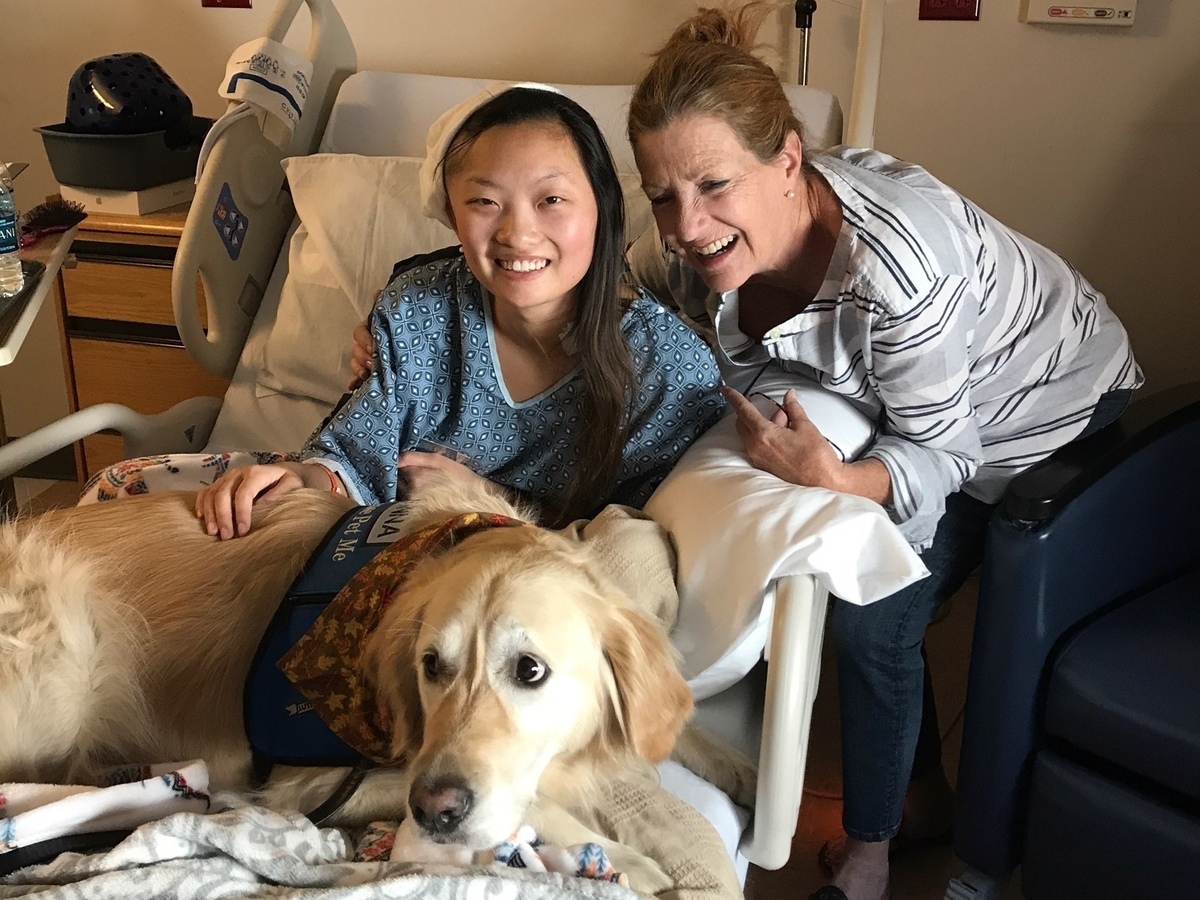 The wound temporarily took her sight.

Mike was nervous too, knowing that his daughter was dependent on strangers.

"When I think about that — oh, my God — putting my daughter in a strange car in Vegas," he said. He and his wife, Katie, were driving frantically from California to try and find Elle.

Now the family is searching for the couple who got Elle to the hospital. She was stabilized and transferred to Spring Valley Hospital, where a neurosurgeon operated.

"We were about 30 minutes away from here. So the surgeon called and he said that he was going to be performing life-saving surgery," said Elle's mother, Katie. "And that hit me like a rock. But he had a very calming voice and he said to me, 'I've done hundreds of these, I know what I'm doing, I've done it before and I will take care of your daughter.' "

Today, it's a miracle, Katie Gargano said, that Elle is out of the ICU and doing physical therapy.

Katie imagines what it would be like to meet the people who got her daughter to the hospital.

"Oh gosh, I would give them the biggest hug, a huge bear hug," she said. "And I just want them to know how much their swift reactions probably saved my daughter's life."

A few more minutes, Katie said, and the swelling and bleeding might have caused permanent damage.

Mike Gargano would like to make sure the strangers know how much this means to them. He was a paramedic and he always wondered about the people he helped. When they did thank him, it meant everything.

"I'd like to give that back to somebody," he said. "Give that feeling that you really mattered to somebody. To us."

He tears up and stops speaking.

'Knowing you weren't there alone'

"I know that healing and closure make a difference in the outcome of a tragedy," said Charmaine Miano, who created the Reunite Route 91 Facebook group. "And sometimes by knowing you weren't there alone or knowing someone else can help take care of you can provide the utmost form of healing."

She works at the Las Vegas Metropolitan Police Department and was on maternity leave when the mass shooting happened. As a Las Vegas native, she thought this was the way she could help.

"Growing up here, I either know someone who knows someone or know them directly," she said. "I was just thinking, with the type of connections I do have here, we could spread the word faster within the valley and try to get people reunited."

Elle's photo is posted in Miano's Facebook group in hopes that the couple who helped her will somehow recognize her. So are many others, like a woman searching for the owner of a Black Chevy Avalanche who picked her and her fiancée up with her wounded sister. Her sister died, but the stranger did everything he could to get them to the hospital. Another woman posted she's searching for the man who shielded her and her daughter from gunfire. More posts are from those who helped wounded strangers and wonder what happened to them.

"Now Elle is going to live a beautiful life," Katie Gargano said. "The life she was destined to lead before this happened."