Accessibility links
What Does Being A U.S. Territory Mean For Puerto Rico? Residents of the territory have been frustrated with the federal government's response to Hurricane Maria. What responsibilities does Washington have to the people of Puerto Rico?

What Does Being A U.S. Territory Mean For Puerto Rico?

What Does Being A U.S. Territory Mean For Puerto Rico? 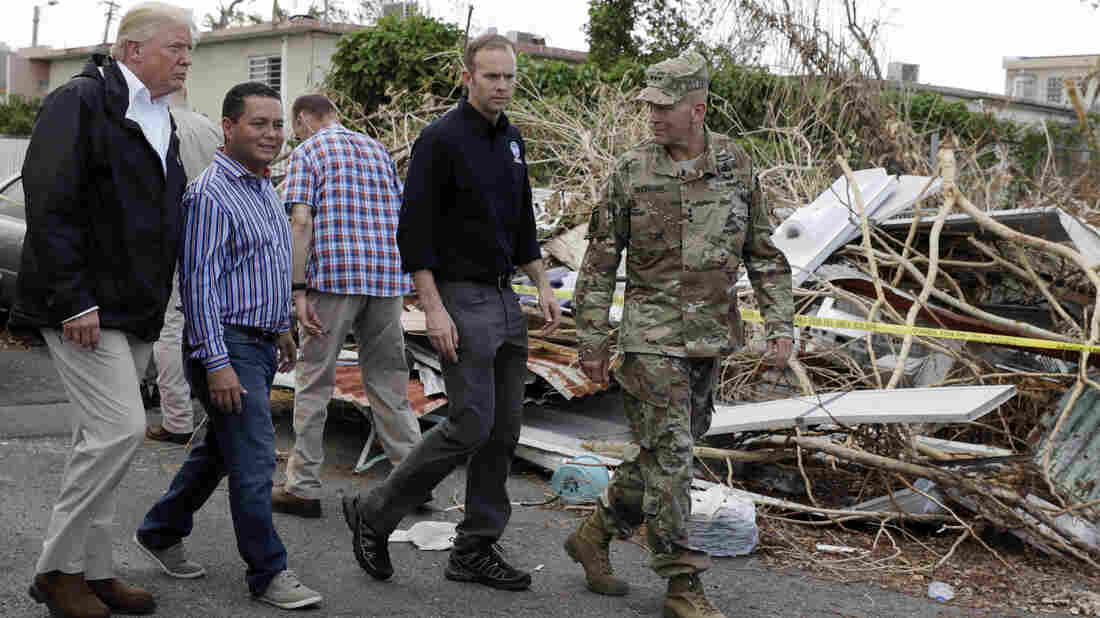 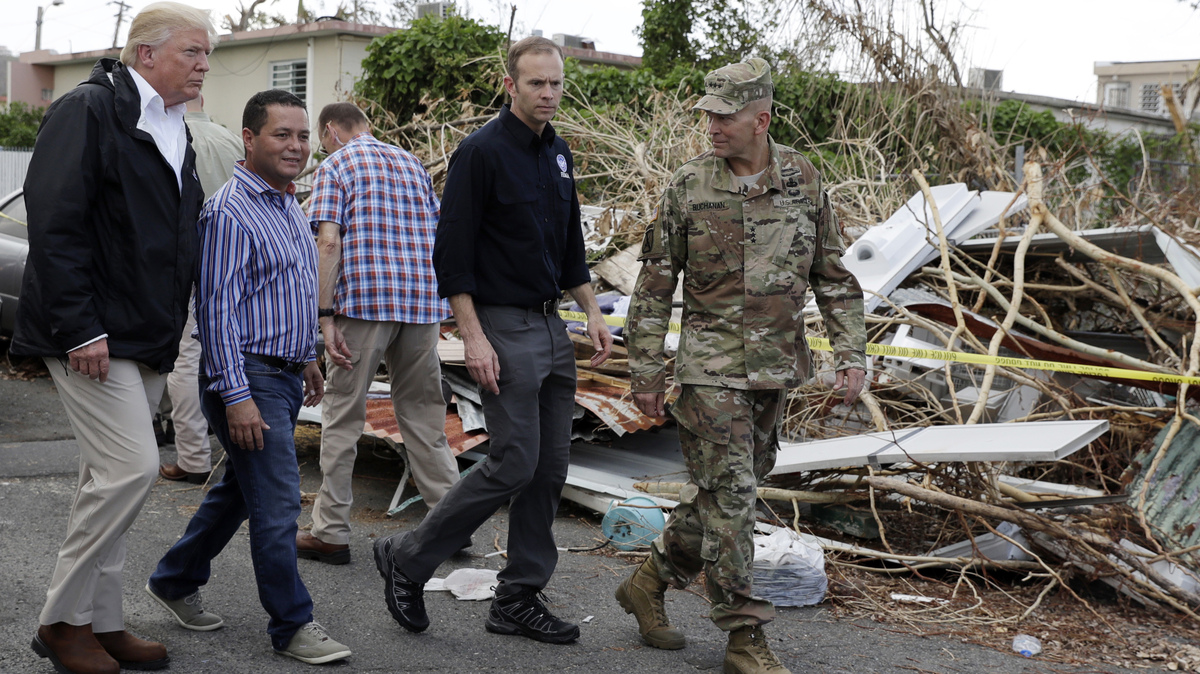 President Trump posted a series of early morning tweets on Thursday that put the disaster spotlight back on Puerto Rico.

In one tweet he reminded everyone that Puerto Rico's "electric and all infrastructure was disaster before hurricanes." In the next one he blamed Puerto Rico for its looming financial crisis and "a total lack of accountability." Finally, he appeared to threaten to remove federal aid workers from the territory after Hurricane Maria.

...We cannot keep FEMA, the Military & the First Responders, who have been amazing (under the most difficult circumstances) in P.R. forever!

Puerto Rico Gov. Ricardo Rossello responded by tweeting that Puerto Ricans "are requesting the support that any of our fellow citizens would receive across our Nation."

The U.S. citizens in Puerto Rico are requesting the support that any of our fellow citizens would receive across our Nation.

Hurricane Maria hit Puerto Rico more than three weeks ago, and residents of the territory have been frustrated with the federal government's response. Mainland politicians have also been urging the president to do more to help, such as New York Rep. Nydia Velazquez, who represents a large Puerto Rican constituency. She told NPR last month that the government's response has not been proportional to the extent of the disaster.

What it means to be a U.S. territory

So what does it mean to be a territory, and what responsibilities does the federal government have to the people of Puerto Rico?

Puerto Rico is one of five inhabited U.S. territories, along with American Samoa, Guam, the Northern Mariana Islands and the U.S. Virgin Islands. People of these territories (except some in American Samoa) are U.S. citizens, pay federal taxes such as Social Security and Medicare – but not federal income tax — and can freely travel within the U.S.

Unlike states, the territories do not have a vote in Congress. They each send a delegate to the House who possesses all powers of a representative besides voting rights, like the ability to debate legislation or sit on committees.

Despite their inability to vote on federal issues, Puerto Ricans have been U.S. citizens for more than 100 years and the government has the same responsibilities toward them as it does to other U.S. citizens.

Puerto Rico was a Spanish colony until 1898, when the U.S. gained control of it, along with Guam and the Philippines, as part of the terms ending the Spanish-American War. Shortly thereafter, Congress passed a bill declaring Puerto Rico an "unorganized territory." This designation meant that Puerto Ricans were not yet U.S. citizens, but did provide them with a seat in the U.S. House.

An ambiguous Supreme Court ruling a year later defined Puerto Rico as an unincorporated territory. Its residents received some constitutional protections, but they were not considered part of the United States and did not receive full constitutional rights.

In 1917, the Jones Act granted Puerto Ricans U.S. citizenship, restructured the territory's government and created a bill of rights. It also made it easier for the U.S. to recruit Puerto Ricans to serve in World War I. The 1920 Jones Act restricted shipping to Puerto Rico and was temporarily waived after Hurricane Maria.

Despite these changes, the political status of Puerto Rico remained in limbo until the mid-20th century. In 1948, Puerto Rico elected its own governor for the first time under U.S. control. Four years later, the U.S. approved the Constitution of Puerto Rico, establishing it as a commonwealth of the United States. This meant Puerto Rico remained a U.S. territory, but created a "more highly developed relationship" with the federal government.

Since then, Puerto Rico has held referendums for statehood five times, most recently this year. While Puerto Ricans have rejected statehood in the past, they voted overwhelmingly in favor of it in June. That referendum, however, was nonbinding and has no bearing on whether the territory will become a state. That decision is left up to Congress.

Tim Webber is an intern on NPR's National Desk.

A previous version of this story said that Puerto Rico residents are U.S. citizens who pay taxes. More specifically, they pay taxes such as Social Security/Medicare but (with some exceptions) do not pay federal income taxes.