Accessibility links
New York DA Cy Vance Jr. On The Defense Over Handling Of Weinstein Allegations Cyrus Vance Jr. decided not to prosecute Harvey Weinstein despite an undercover audiotape of the movie mogul harassing an Italian model. Now Vance is under scrutiny over his handling of the case.

Listen · 3:37 3:37
New York District Attorney On The Defense Over Handling Of Weinstein Allegations 3:37 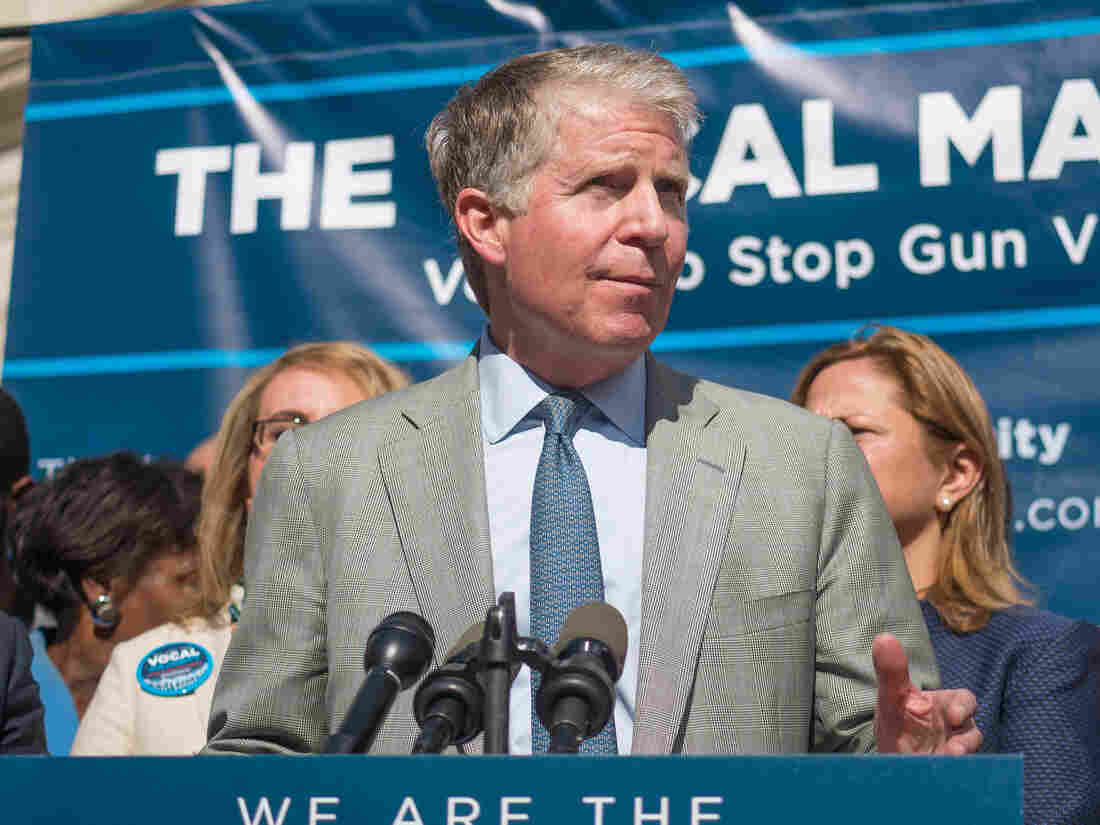 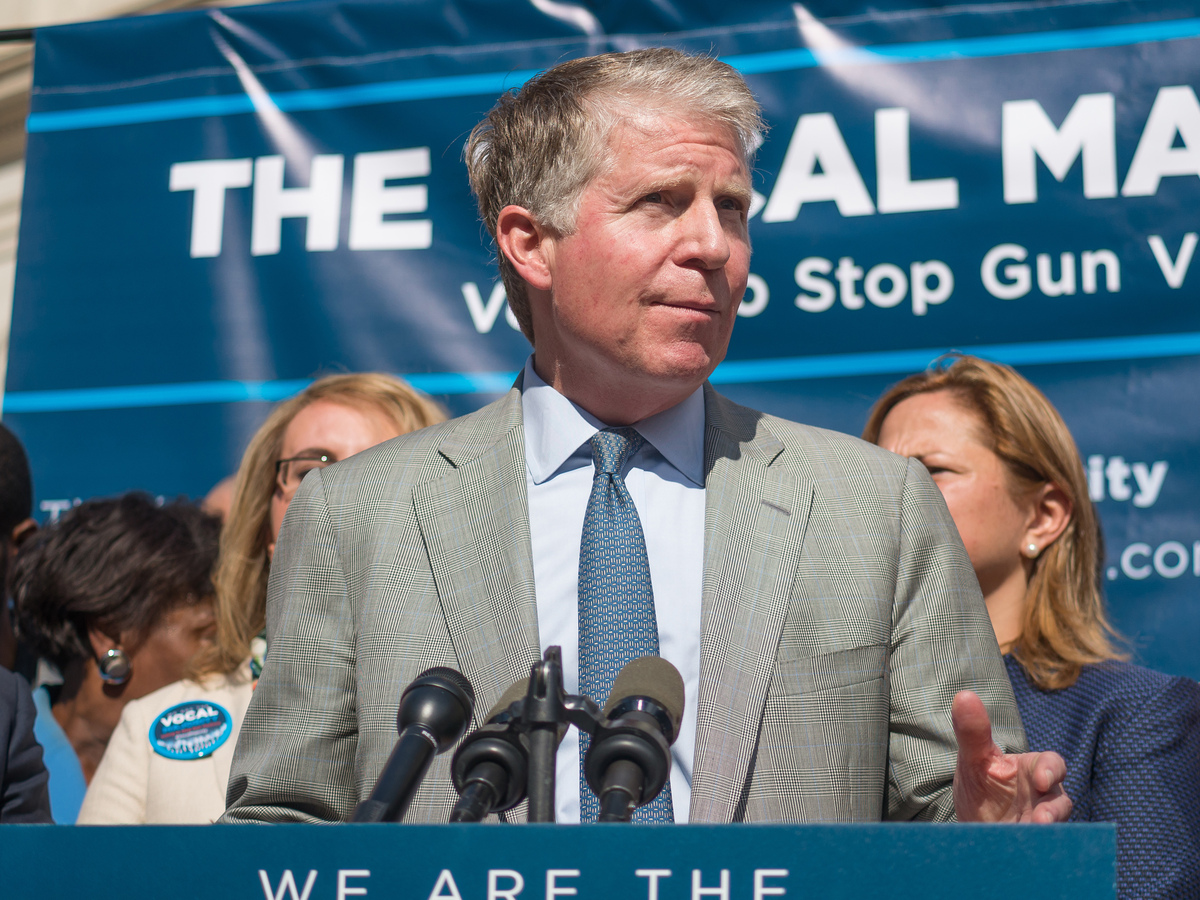 If only because of its venue, the office of New York district attorney has long been among the highest-profile prosecutorial jobs in the country. The men who have served in it, legal legends such as Thomas Dewey, Frank Hogan and Robert Morgenthau, have often held the job for years, gaining enormous stature and political capital along the way.

But controversies over the Trump SoHo development and the sexual assault allegations against Harvey Weinstein have raised new questions about Vance's prosecutorial discretion and even his ethics. Both cases involved wealthy, powerful individuals who had contributed to his election campaigns.

This week, as numerous actresses stepped forward to say they had been assaulted by Weinstein, Vance had to explain why he declined to prosecute the movie mogul, despite graphic audiotape of Weinstein harassing an Italian model in a Manhattan hotel. The tape was collected in 2015 as part of an undercover sting operation by New York police.

Despite the audiotape, Vance said prosecutors in his office had determined the evidence against Weinstein wasn't strong enough to pursue a case.

"I understand that folks are outraged by his behavior," Vance told reporters. "I understand that there are many other allegations that have surfaced, but in our case, we really did what I think the law obligates us to do."

"If we could have prosecuted Harvey Weinstein for the conduct that occurred in 2015, we would have," said Karen Friedman Agnifilo, chief assistant district attorney.

But criminal attorney Matthew Galluzzo, who once worked in the DA's sex crimes unit, told The Associated Press he believed the audiotape, in which Weinstein acknowledges touching Gutierrez on the breast, could have been used to pursue a case.

"She can testify about what happened, and you've got him acknowledging he did something wrong," Galluzzo said.

Before this week, questions were also being raised about Vance's handling of a fraud investigation involving the Trump SoHo, a condo hotel built by the Bayrock Group. Some early buyers of units at the hotel sued Bayrock, arguing that they had been misled about the hotel's sales records.

The Manhattan DA's office had considered pursuing fraud charges against Ivanka Trump and Donald Trump Jr., who played a big role in promoting the hotel. An investigation by The New Yorker, WNYC and ProPublica said prosecutors wanted to pursue a criminal case, but Vance said evidence to do so was lacking.

The report also noted that Vance had received a $32,000 campaign contribution from one of Trump's lawyers shortly after dropping the case. Vance had also received an earlier donation, which he had returned.

"It was improper for him to accept it in the first place. He responded by returning those donations and then apparently accepted them again after the fact," noted Jim Cohen, a professor at Fordham University School of Law.

Before these controversies, Vance, who was first elected in 2009, enjoyed a solid if somewhat low-profile reputation in the New York legal world.

"He is in general viewed with great respect. He's considered to be a straight shooter. But recent news events may ultimately end up changing that," Cohen says.

The son of Cyrus Vance, secretary of state in the Carter administration, Vance attended Georgetown University Law Center before taking a job in the Manhattan DA's office.

Although he moved to Seattle to work in private practice, he later returned to New York, where he was long seen as a potential successor to Morgenthau.

After Morgenthau chose not to run for re-election, Vance was elected as a Democrat to replace him. He was re-elected in 2013.

While Vance hasn't yet achieved the prominence of his predecessors, his office has handled major investigations such as the sexual assault case against former International Monetary Fund head Dominique Strauss-Kahn.

The Weinstein case has exploded just as Vance is preparing to run for a third term. He is running unopposed, which makes his re-election almost inevitable, says longtime Democratic consultant Jerry Skurnik.

But the controversies have definitely hurt Vance's reputation and make him more vulnerable should he choose to run again in 2021, Skurnik says.