Accessibility links
As Trump Moves To Renegotiate NAFTA, U.S. Farmers Are Hopeful But Nervous Farmers say exports are a crucial part of their business and they're warily watching as the Trump administration pushes to remake the long-standing trade agreement with Canada and Mexico. 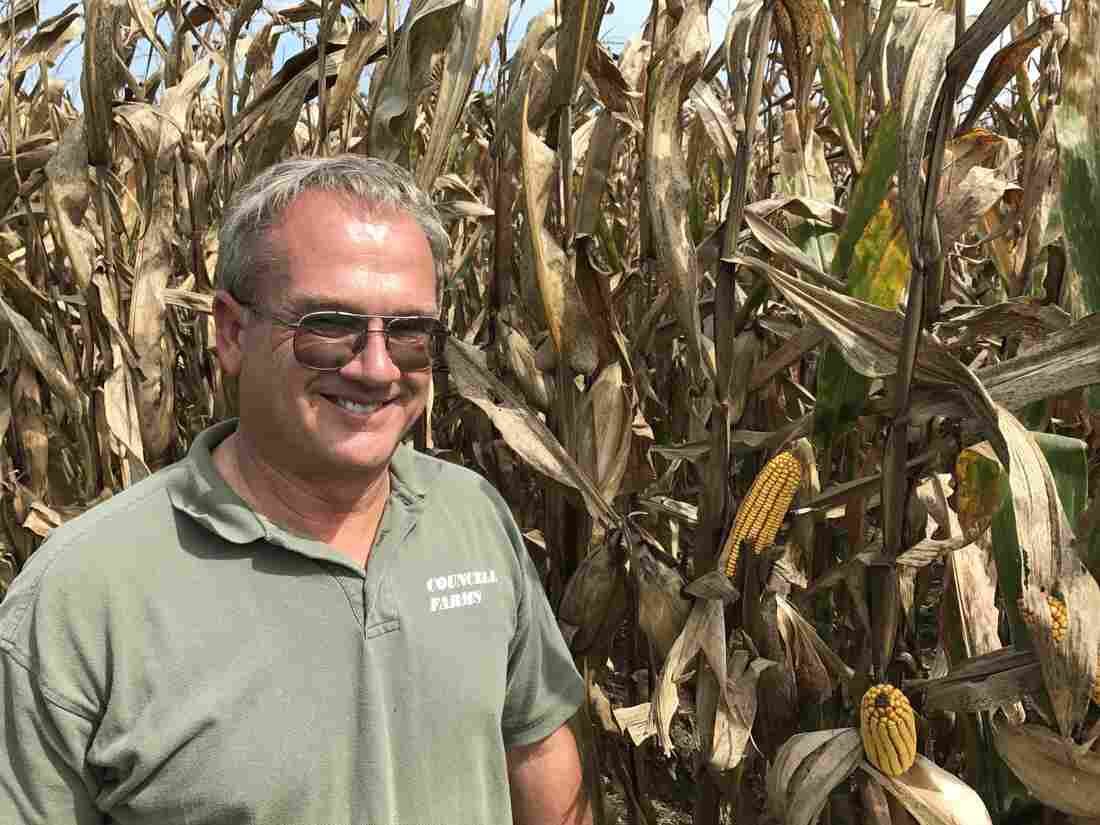 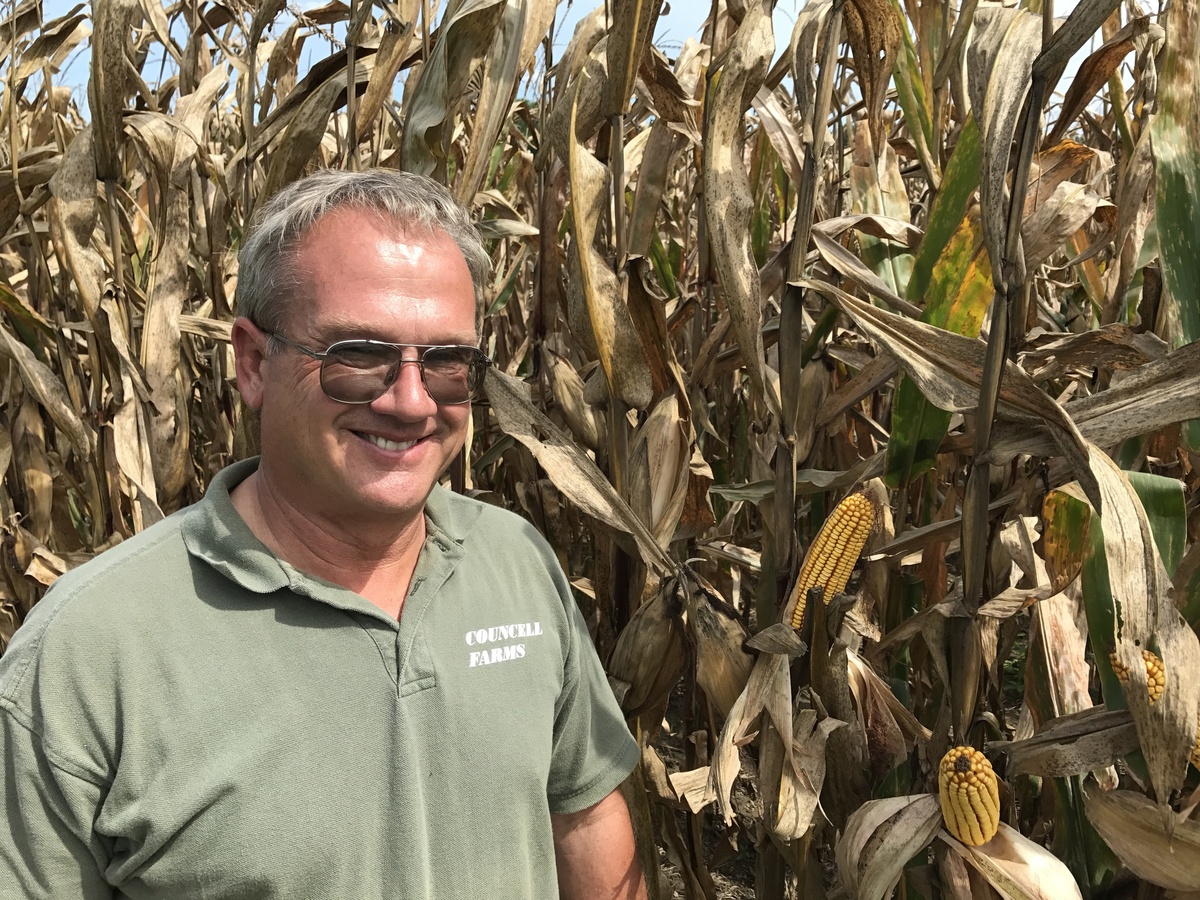 Chip Councell's ancestors began farming on Maryland's Eastern Shore in 1690. He says that in today's world, U.S. farmers have to look abroad for markets.

President Trump made his view of the North American Free Trade Agreement very clear during the presidential election. He called NAFTA "the worst trade deal in ... the history of this country." And Trump blamed NAFTA for the loss of millions of U.S. manufacturing jobs.

His administration is in the midst of renegotiating the free trade deal with Canada and Mexico, and that is making many U.S. farmers and ranchers nervous.

In the fellowship hall of a Lutheran church on Maryland's Eastern Shore, Chip Councell, a local farmer, sings the praises of the lunch just served to a trade delegation from Taiwan. He touts "a truly local meal" of local sweet corn, tomatoes and fried chicken, along with "crabcakes from the local rivers."

But while crabs are a cherished symbol of Maryland, these visitors from Taiwan are here to buy U.S. yellow corn for feed and ethanol production. This little white church sits in the middle of corn and soybeans fields on America's rich farmland between the Atlantic Ocean and the Chesapeake Bay.

Councell raises 650 acres of corn each year, along with soybeans and wheat. His ancestors began farming here in 1690. "My son farms with us in the operation, and he is the 11th generation," he says.

Councell says that in today's world, U.S. farmers have to look abroad for markets.

In fact, Canada and Mexico, America's NAFTA partners, are two of the biggest markets for U.S. farmers. Mexico is the No. 1 buyer of U.S. corn. So Councell, a past chairman of the U.S. Grains Council, says he and a lot of other corn farmers were alarmed when candidate Trump attacked NAFTA, a trade deal that has opened the door for U.S. corn exports to Mexico and Canada.

Councell says he has been told by Trump administration officials that they understand NAFTA's importance for agriculture and that a main goal in the negotiations "is to do no harm to agriculture." But, he says, "unfortunately if we look back over time in history, if there are trade disputes among countries, usually agriculture is the one that gets hit first and hit the hardest."

NAFTA's 'Broken Promises': These Farmers Say They Got The Raw End Of Trade Deal

Trade expert Chad Bown of the Peterson Institute for International Economics agrees. "It's inevitable that agriculture will suffer collateral damage if the NAFTA agreement is terminated or it somehow ends up being in much diminished form," he says. And that would be unfortunate, Bown says, because "agriculture has been such a success story for the United States" under the treaty.

And it is not just for corn exports. At a recent meeting of the North Dakota Stockmen's Association in Fargo, a roomful of ranchers in big hats and pearl-button shirts heard speakers talk about the relationship between exports and prices.

Julie Ellingson, who raises cattle with her husband south of Mandan, N.D., is the group's executive vice president. She says beef exports add about $300, on average, to the price of each beef animal. And she says, "that is real dollars and cents to the farmers and ranchers across North Dakota." 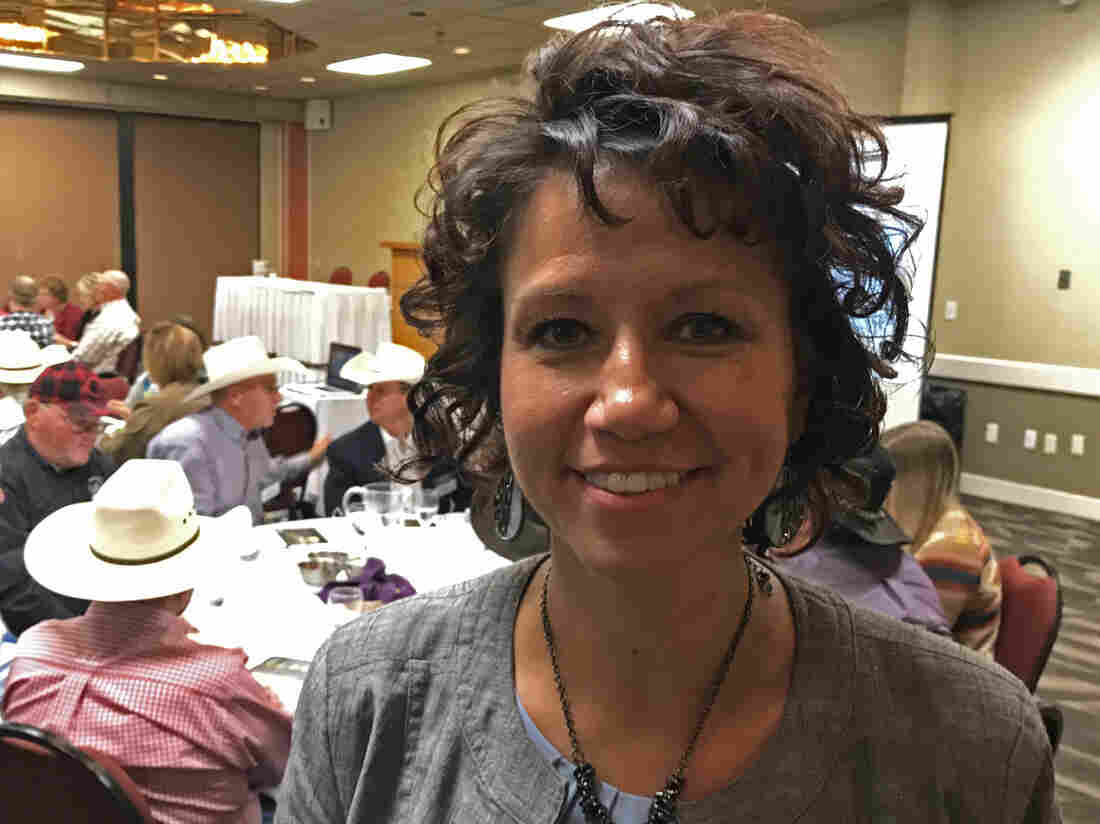 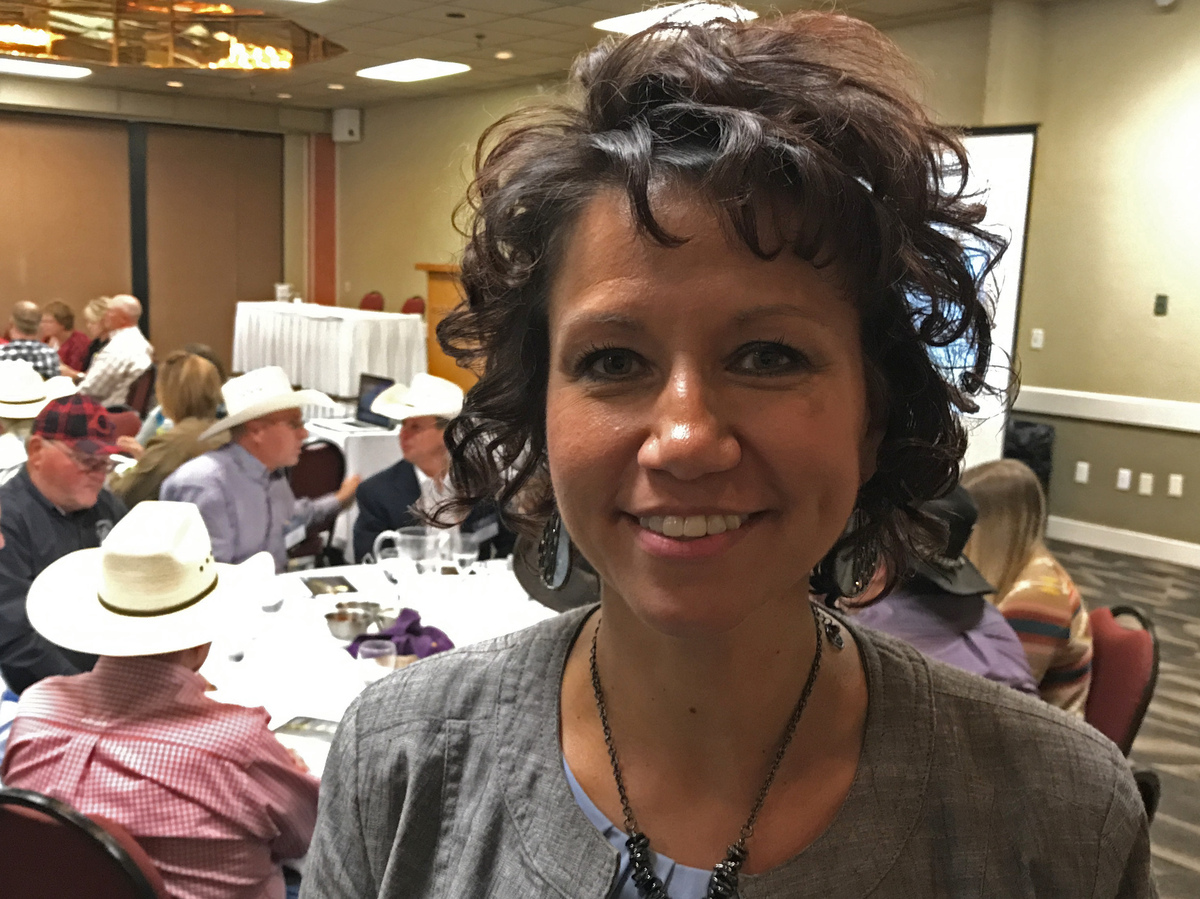 But it's not only because of the added pounds of U.S. beef being shipped across borders. Ellingson says the tastes of foreign consumers mean they purchase some the kinds of beef "that don't have as much value here in the United States." Cuts like tongue, liver and kidneys are more valuable in Mexico, which buys $800 million worth of U.S. beef each year. Canada imports $1 billion worth a year, including lots of middle cuts like steaks and roasts.

NAFTA pushed tariffs to zero, virtually eliminating the barriers to the beef trade between the U.S. and its two neighbors. And the Trump administration has said its goal is make sure U.S. farmers don't lose in the renegotiation of NAFTA.

But, back amid the cornfields of Maryland's Eastern Shore, Councell says he is not sure how it will turn out. "I don't think anybody knows," he says. "We're optimistic, we're hopeful, but a little bit nervous as well."

Amid Talk Of Tariffs, What Happens To Companies That Straddle The Border?