Accessibility links
Harvey Weinstein Becomes Just 2nd Person Expelled By Motion Picture Academy The move is tantamount to expulsion from Hollywood. It's the result of a stunning series of sexual harassment and assault accusations against the Oscar-laden movie producer.

The move is tantamount to expulsion from Hollywood. It's the result of a stunning series of sexual harassment and assault accusations against the Oscar-laden movie producer.

These are words you will not hear again at the Oscars.

GWYNETH PALTROW: I would like to thank Harvey Weinstein.

BEN AFFLECK: Harvey Weinstein, who believes in us and made this movie.

MONTAGNE: The Academy of Motion Picture Arts and Sciences has expelled Oscar-winning producer Harvey Weinstein. His ouster follows reports from dozens of women accusing him of sexual harassment, even rape over the last three decades. NPR's Ted Robbins has more.

TED ROBBINS, BYLINE: Harvey Weinstein's expulsion by the Academy's board of directors is, in effect, expulsion from Hollywood. It's only the second time in history it's happened. But Scott Feinberg, who covers awards for the Hollywood Reporter, says too many people wanted Weinstein out.

SCOTT FEINBERG: Not only the accusers of Weinstein but also a lot of key Academy members, including Weinstein's own brother, and also a huge segment of the general public who had signed on to various petitions.

ROBBINS: In stripping Weinstein of his membership, the Academy issued a statement saying it wanted to, quote, "separate itself from someone who does not merit the respect of his colleagues but also to send a message that the era of willful ignorance and shameful complicity in sexually predatory behavior and workplace harassment in our industry is over." The academy also said it will establish standards of conduct for its members. But Feinberg says the move presents the Academy with a dilemma.

FEINBERG: Certainly, you can say going forward, people like this, you know, are going to be dealt with immediately. But what about the people who did things for years or years ago and are still voters?

ROBBINS: Like others who are now the subject of rumors and members like Roman Polanski, who was convicted of a sex crime, and Bill Cosby, who's accused of them. The larger issue, the systemic lack of women in power in Hollywood, is beyond the Academy's direct control. But the decision to expel Harvey Weinstein, a man closely associated with the Oscars, sends a signal that those he abused were heard. Ted Robbins, NPR News. 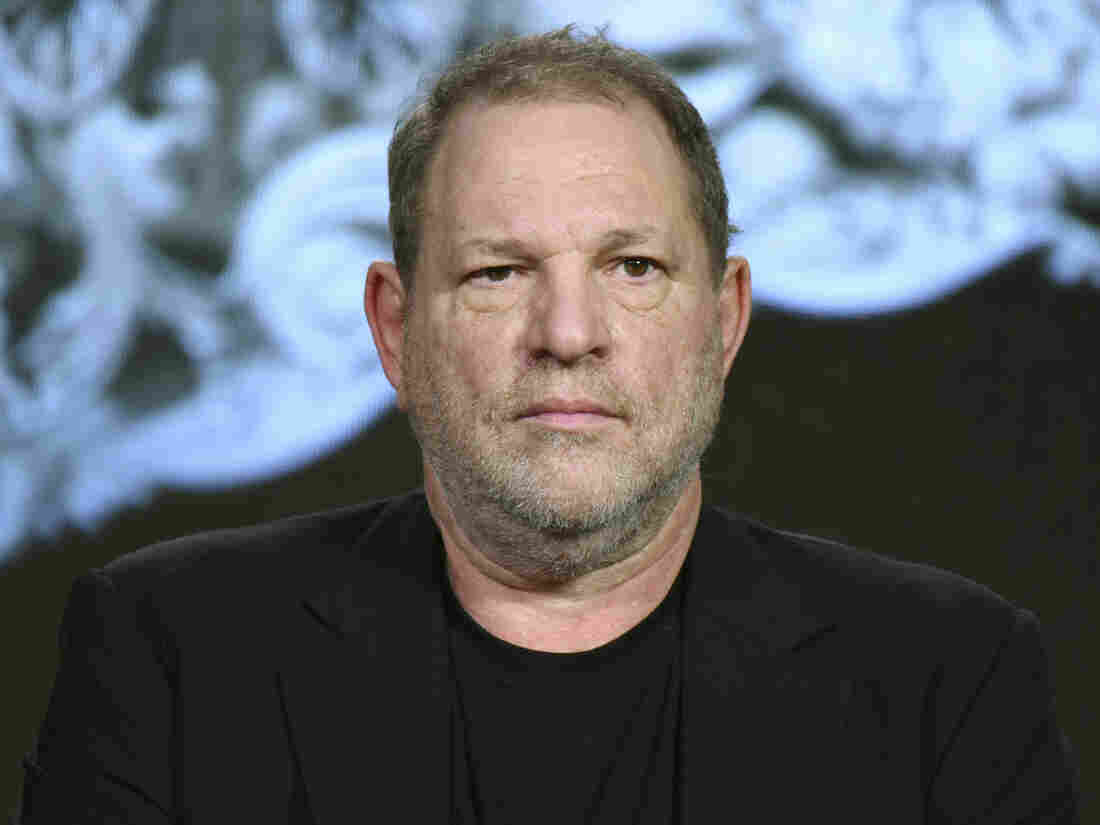 Harvey Weinstein has been expelled from the Academy of Motion Pictures Arts and Sciences after he was accused of sexually assaulting and harassing at least three dozen women. Richard Shotwell/Richard Shotwell/Invision/AP hide caption 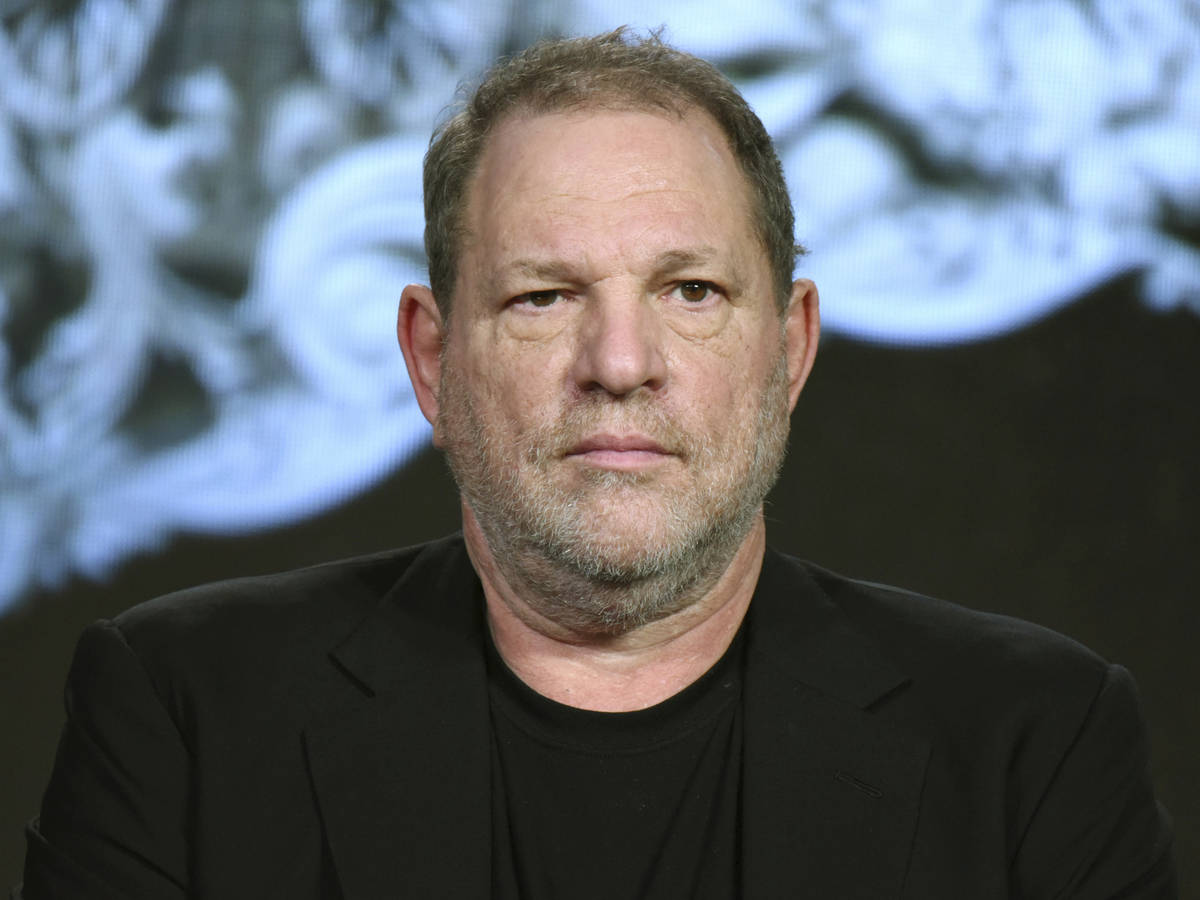 Harvey Weinstein has been expelled from the Academy of Motion Pictures Arts and Sciences after he was accused of sexually assaulting and harassing at least three dozen women.

The Academy of Motion Pictures Arts and Sciences has decided to expel Harvey Weinstein after the producer was accused of sexually assaulting and harassing at least three dozen women in extensively-reported articles that have appeared in The New York Times and The New Yorker magazine over the past two weeks.

In the wake of an emergency meeting Saturday, the academy's 54-member Board of Governors issued a statement saying:

"The Academy of Motion Picture Arts and Sciences Board of Governors met today to discuss the allegations against Harvey Weinstein, and has voted well in excess of the required two-thirds majority to immediately expel him from the Academy. We do so not simply to separate ourselves from someone who does not merit the respect of his colleagues but also to send a message that the era of willful ignorance and shameful complicity in sexually predatory behavior and workplace harassment in our industry is over. What's at issue here is a deeply troubling problem that has no place in our society. The Board continues to work to establish ethical standards of conduct that all Academy members will be expected to exemplify."

This is an exceedingly rare move for the organization, which was founded 90 years ago by studio executive Louis B. Mayer. In 2004, the academy revoked the membership of actor Carmine Caridi, best known for The Godfather movies, after he shared a copyrighted movie screener with a friend who uploaded it to the Internet. Losing one's status within the academy is a symbolic shunning by the Hollywood establishment, with real consequences for the disgraced producer. Weinstein will no longer even be able to vote in the award ceremonies that his films have dominated for years.

The decision comes as no surprise. On Wednesday, the academy issued a statement describing the allegations against Weinstein as "repugnant, abhorrent, and antithetical to the high standards of the academy and the creative community it represents." Since then, many industry watchers assumed an ouster was underway.

At the peak of his powers, Weinstein wielded legendary influence within the academy. Although Weinstein has won only one Oscar, for producing the 1998 film Shakespeare In Love, the companies Weinstein co-founded with his brother, Miramax and The Weinstein Company, have produced or distributed movies that have been nominated for 341 Academy Awards and won 81 of them.

The academy board members involved in this decision included high-wattage celebrities such as Whoopi Goldberg and Tom Hanks, as well as representatives from nearly every aspect of the film industry, from special effects to makeup artists. Hollywood remains rife with speculation about whether this decision will carry similar consequences for other powerful Hollywood figures who have a documented history of sexual abuse allegations, such as comedian Bill Cosby and director Roman Polanski. Already, other powerful figures accused of harassment have been served notice: The head of Amazon Studios was suspended after an article detailing alleged lewd comments to an employee was published on the website The Information.

Weinstein's expulsion from the academy is the latest event in a rapidly unraveling career that, over the past 11 days, has included getting fired from his company and facing fresh police investigations in London and New York. The British Academy of Film and Television Arts has suspended Weinstein, and the Producers Guild of America is considering doing the same. That decision will be made in an emergency meeting on Monday; it was originally scheduled for Saturday.