Accessibility links
'I Could Do So Much More:' Pink On 'Beautiful Trauma' In an interview with NPR's Michel Martin, Pink speaks on her latest album and her political responsibility as an artist. 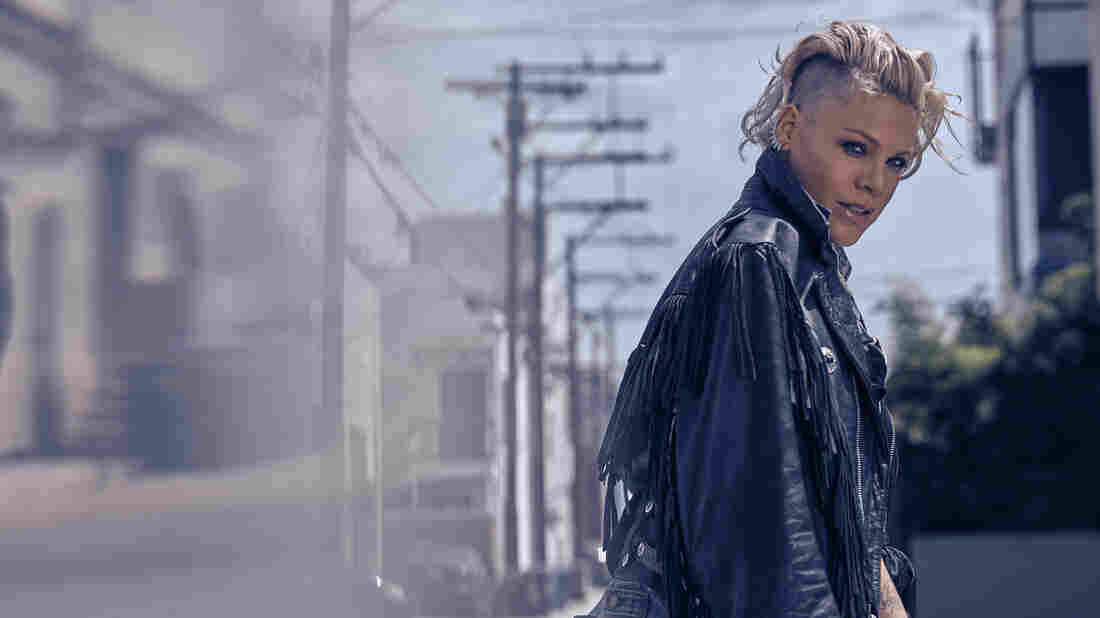 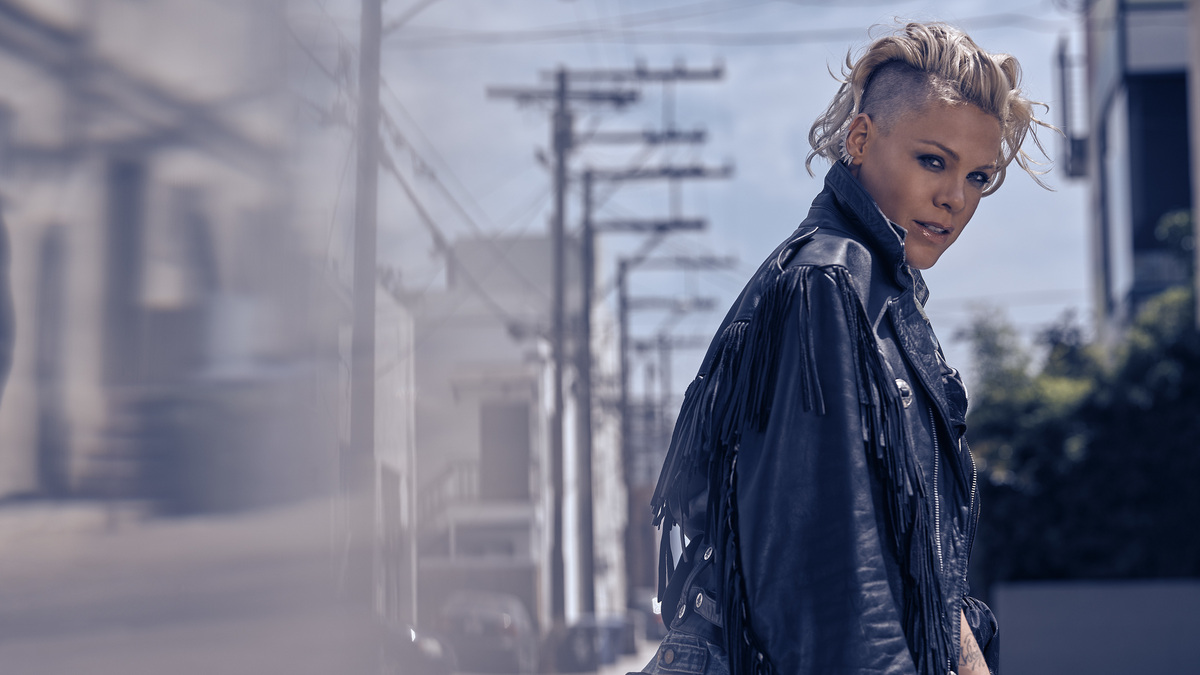 Kurt Iswarienko/Courtesy of the artist

Alecia Moore, better known as Pink, has built her career on making songs that were honest, and sometimes heartbreaking — but always fun.

She is a multi-platinum pop star who has dipped her toes in a variety of genres. She started her career as a member of the R&B group Choice, though her breakthrough moment arguably came from "Lady Marmalade," a track she did with Christina Aguilera, Lil' Kim and Mya for the 2001 movie Moulin Rouge! Since then, she's collaborated with on songs with Sia and Nate Ruess of fun. and made an entire album with Canadian indie-folk singer Dallas Green, better known as City and Colour. Her latest album, Beautiful Trauma, features a track with Eminem.

The singer has also been vocal about her politics, in her music and online. Recently, she's faced criticism for some tweets directed at President Trump, one of which reads, "I've seen people change and turn their lives around. There's still hope for you @POTUS. It's what the world needs" — a statement she says has been widely misinterpreted as one of support.

Pink spoke with NPR's Michel Martin about the meaning behind Beautiful Trauma, wading into political speech and staying relevant after close to 20 years as a solo artist.

On where the title of her album comes from

I think life is really traumatic, and it feels — even though it makes me sound like my parents to say this — like it's getting more so. But I also think that there's really beautiful people in the world, and there's more good than bad, and there's love to be made and joy to be had. I try to hold on to the beautiful part. But, you know, my dad always says something to me: "I wish you enough." And what he means by that is, I wish you enough rain to be able to enjoy the sunshine. And I wish you enough hard times to be able to enjoy the easy bits. And that's beautiful trauma to me.

On the backlash to her tweets to President Trump

This part has been — just from the Twitter, just from the misunderstanding of that, that actually broke my heart. I cried a lot about that. I'm really sad about where we are as people. it's always been very hard for me to tolerate injustice and inequality and racism and homophobia and sexism and all these things. And I've been fighting my entire life against it, and to be misunderstood that way, it broke my heart. And we're all so defensive. And we're all so divided that we can no longer communicate. And that tweet, in particular, was — I have seen people come back from heroin addiction. I've seen people come back from the worst kind of alcoholism. I've seen people that were abusive stop being abusive. I've seen change. And I have to believe that change is possible because if I stop believing that, then it's just a little too much for me.

On her political responsibility as an artist

I grew up with a Vietnam vet dad and a Vietnam vet stepmom and a nurse for a mom, people that have always been of service. My dad's nickname is Mr. Cause. I grew up listening to rock and roll and, you know, protest music. And I feel like with songs like "What About Us" and "Dear Mr. President" and even "Stupid Girls," I'm doing my part a little bit. It's very clear who I am and what I believe in. I've been marching and protesting. And, yes, I could do so much more. Honestly, I could do so much more.