Accessibility links
Amazon's HQ2: Cities Go To Great Lengths To Land New Headquarters Retail giant Amazon is looking for a second home, and many cities are trying to land the HQ2 project. At stake are 50,000 jobs and a new economic anchor for the winner. It has led to a lot of stunts. 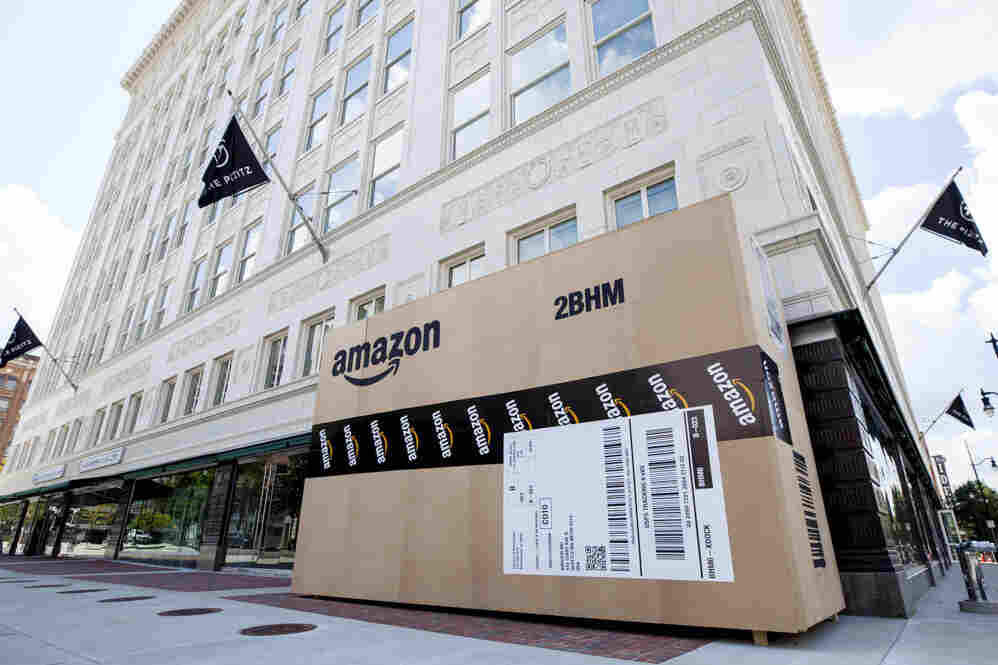 Cities across the country are trying to land Amazon's second headquarters. In Birmingham, Ala., giant Amazon boxes were constructed and placed around the city. Ali Clark/BringAtoB Campaign hide caption 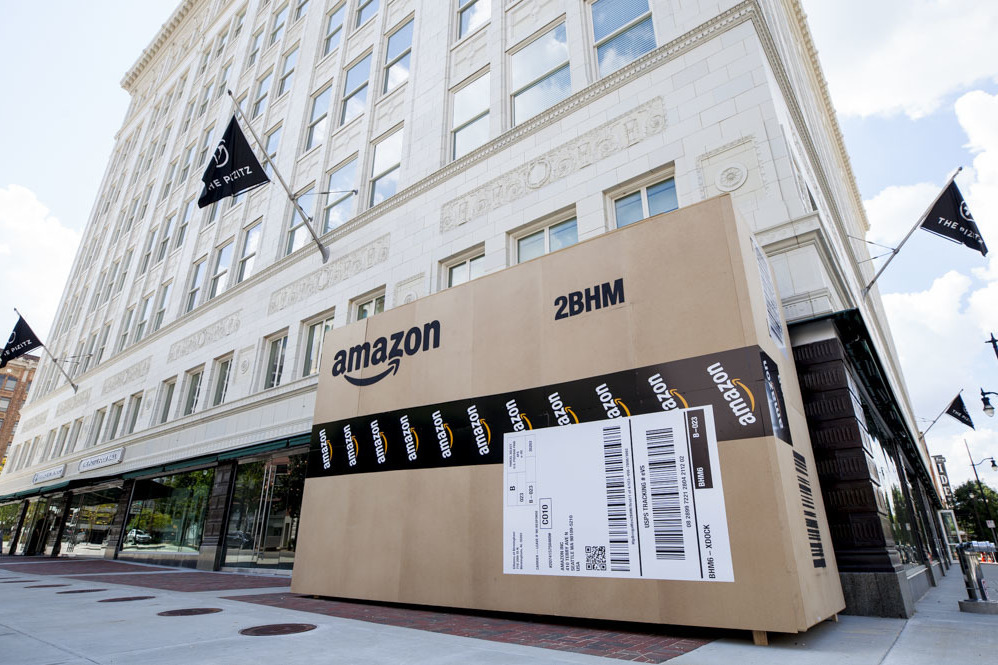 Cities across the country are trying to land Amazon's second headquarters. In Birmingham, Ala., giant Amazon boxes were constructed and placed around the city.

Officials in Tucson, Ariz., uprooted a 21-foot-tall saguaro cactus and tried to have it delivered to Amazon's Seattle headquarters. Birmingham constructed giant Amazon boxes and placed them around the Alabama city. In Missouri, Kansas City's mayor bought a thousand items online from Amazon and posted reviews of each one.

All of these cities are clearly trying hard to get Amazon's attention. Why? Because they know that otherwise, they don't stand a chance against some big-name cities that are all trying to win the contest to land Amazon's second headquarters.

The retail giant announced a month ago that it has plans for a second home outside of Seattle, where it is currently headquartered. The project has been named HQ2, and the deadline for final bids is Thursday. Amazon has promised to invest $5 billion and said the facility will create as many as 50,000 jobs.

'A Major Distraction': Is A Mega-Deal Like Amazon's HQ2 Always Worth It?

It has led to a mad scramble from cities across the nation and even in Canada. And various publications have analyzed cities' chances of landing this deal. Atlanta, Denver and Pittsburgh have made it to a few of those lists.

Many cities don't really figure as finalists on any of those lists. But that hasn't stopped them. In fact, just like Tucson or Birmingham, cities are pulling out all the stops to get noticed.

"We're seeing all kinds of stunts," says Ron Starner of Site Selection magazine, which is devoted to following news and trends from the world of locating factories, warehouses and headquarters.

There are also plenty of videos of mayors asking Amazon's voice recognition personal assistant Alexa where the company should locate. Guess what the answer is? It's always their city.

On the wanted list of this $135 billion company: a metro area of a million or more people, access to mass transit and proximity to an international airport. (Amazon is one of NPR's financial supporters.)

The reality is there is probably no North American metro area that has everything Amazon's looking for — especially a ready-to-go workforce of 50,000 professionals.

That gap leaves economic development officials in places like Grand Rapids, Mich., thinking they have a chance.

The city does not have light rail mass transit, but it has a bus system with dedicated lanes. Local officials say the region has other assets that should make it attractive.

What's the best way to get Amazon excited about a new KC HQ? Amazon product reviews. Tell Amazon why you love KC with #KC5stars. pic.twitter.com/kD9lPnwywb

The city is just half an hour from Lake Michigan. It boasts a walkable downtown with plenty of restaurants and brewpubs, museums and entertainment venues.

Kristopher Larson with the Grand Rapids Downtown Development Authority acknowledges the city is a long shot but hopes the quality of life here will grab the attention of a certain Amazon CEO.

"And we're hoping it's going to turn Jeff Bezos' head and he's going to take a look at us," Larson says.

But that's not all, says Birgit Klohs with The Right Place, another regional economic development group. She says this is a learning experience.

"Just to be in the pool to us is success," she says. "We want to tell our story. We want to give Grand Rapids and west Michigan national attention by going for this."

And that could grab the attention of other companies looking for a place to locate. So, Klohs says Grand Rapids can't lose by trying to win over Amazon.

"This is something we have to do," she said. "We owe [it to] our community ... that we put our best foot forward."

Amazon Set To Build A Second HQ And Cities Say 'Pick Me!'