Accessibility links
Astronaut Scott Kelly's Latest Mission: A Book After a year in space, Kelly says, writing a book was harder than he thought — but still, he adds, "If I write a bad sentence people are only going to get angry with me. They're not going to die." 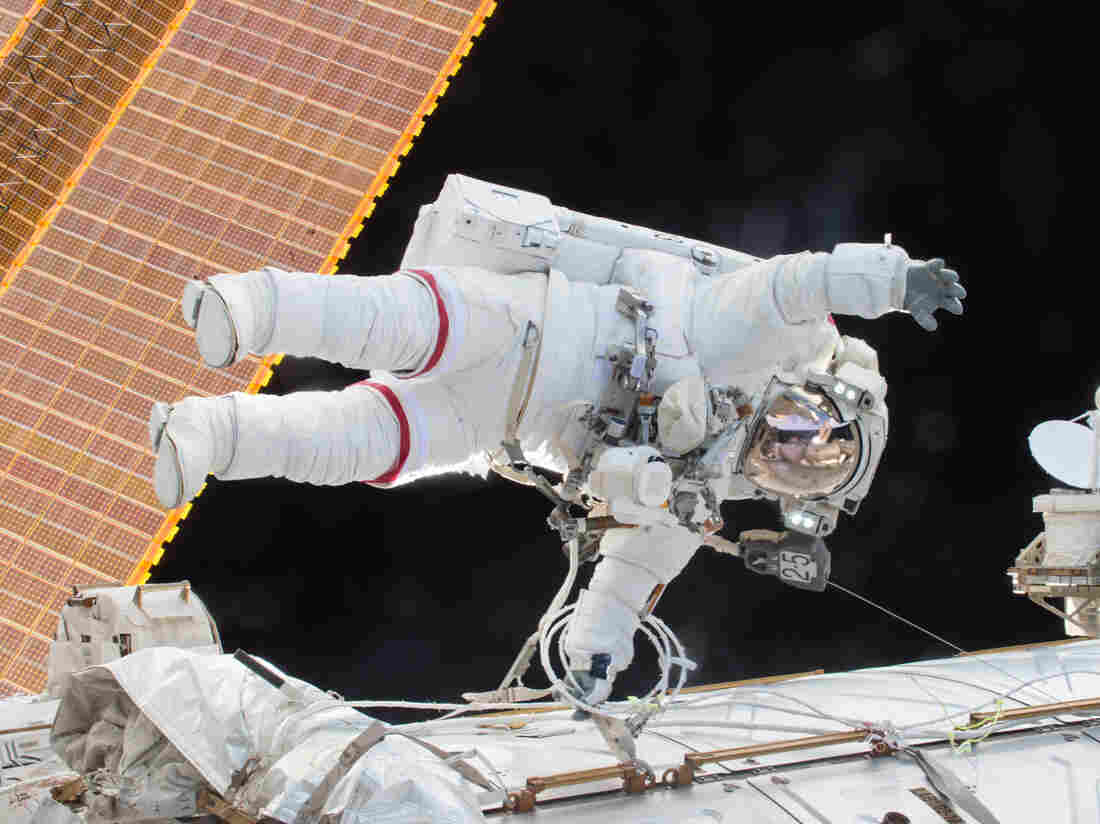 Scott Kelly is seen floating during a spacewalk in 2015. NASA/Getty Images hide caption 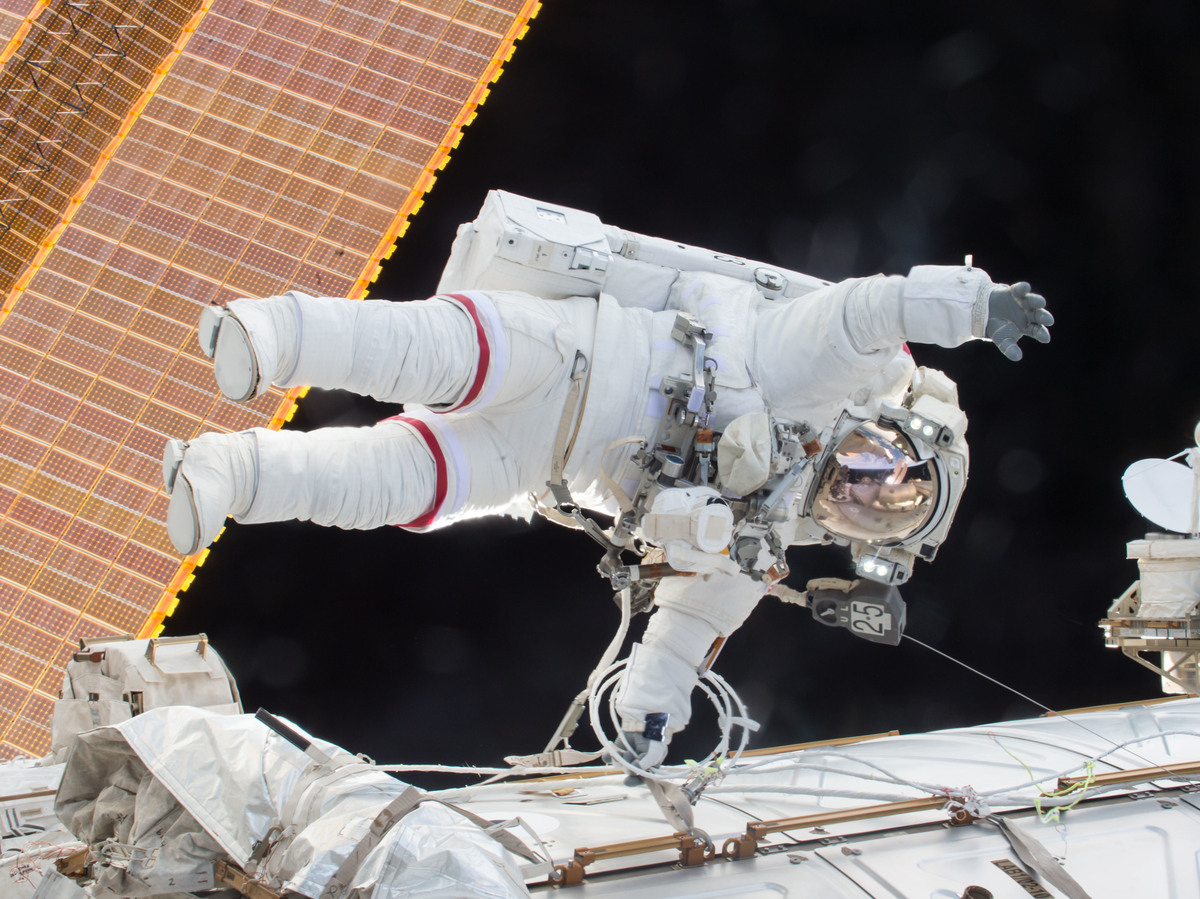 Scott Kelly is seen floating during a spacewalk in 2015. 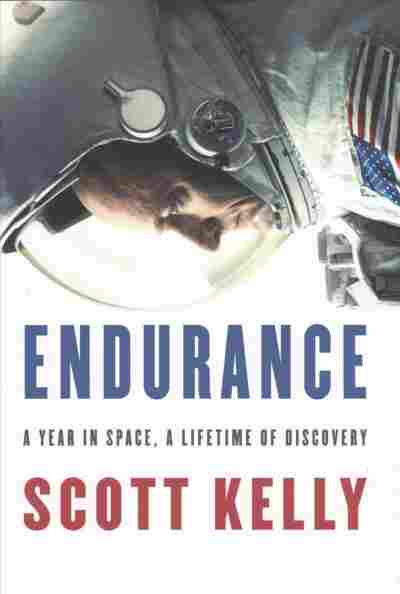 A Year in Space, a Lifetime of Discovery

As part of NASA's twins study, astronaut Scott Kelly spent a year in space while his twin brother, astronaut Mark Kelly, stayed on Earth. That year on the space station makes Scott Kelly the American record holder for consecutive days in space. To get through that year, he had a routine.

"You kind of do stuff you might do at home, although, you know, we don't have a shower but you take a sponge bath," he says. "At breakfast, I'd watch the news, do the planning conference, and then the rest of the day is executing the plan, and the activities you do range from very sophisticated, scientific experiments to fixing the toilet."

Kelly writes about his year in space in his new book, Endurance: A Year in Space, a Lifetime of Discovery.

On what it feels like to be in space

It's a pretty crazy place. I mean it's — you know, you realize you're in a vacuum and there's just the thin layers of a suit protecting you from the next micro-meteoroid or space junk debris strike. The suit you wear is very complicated. It's difficult to work in, difficult to move in. But all that aside, it's an incredible experience, you know, one of the highlights of my professional life. It's not exactly fun. It's kind of like the Type-2 kind of fun. Type-1 fun is the roller coaster; Type-2 fun is the thing that's fun when you're done.

Scott Kelly Reflects On His Year Off The Planet

On the necessary mentality of an astronaut

It does require a certain level of focus, especially when stuff, you know, starts going wrong or becomes difficult. You know, it's something I think the military trains us really well for, is focusing on what we can control and ignoring what we can't, whether that's, well — in space we can't control, you know, the fact that we could meet our demise at any time. We can't control how distracting the Earth looks and how incredibly beautiful it is. We can't control how everything floats around, and that makes stuff more difficult, so yeah, compartmentalization is very important.

On what he misses about the experience

I miss the people that I was there with. Now, all those people are back on Earth, but you know spending 24 hours a day, seven days a week with people is something that, you know, with these folks is something I'll never do with them again, so I miss them, I miss the work. The work is technically demanding; it's risky and even though I do some stuff that challenges me now, it doesn't challenge me in the same way. Writing a book is really hard. It's a lot harder than I thought, but it doesn't have the same consequences. You know, if I write a bad sentence people are only going to get angry with me. They're not going to die.

This story was edited for radio by Maddalena Richards and Jacob Conrad, and adapted for the Web by Sydnee Monday and Petra Mayer.