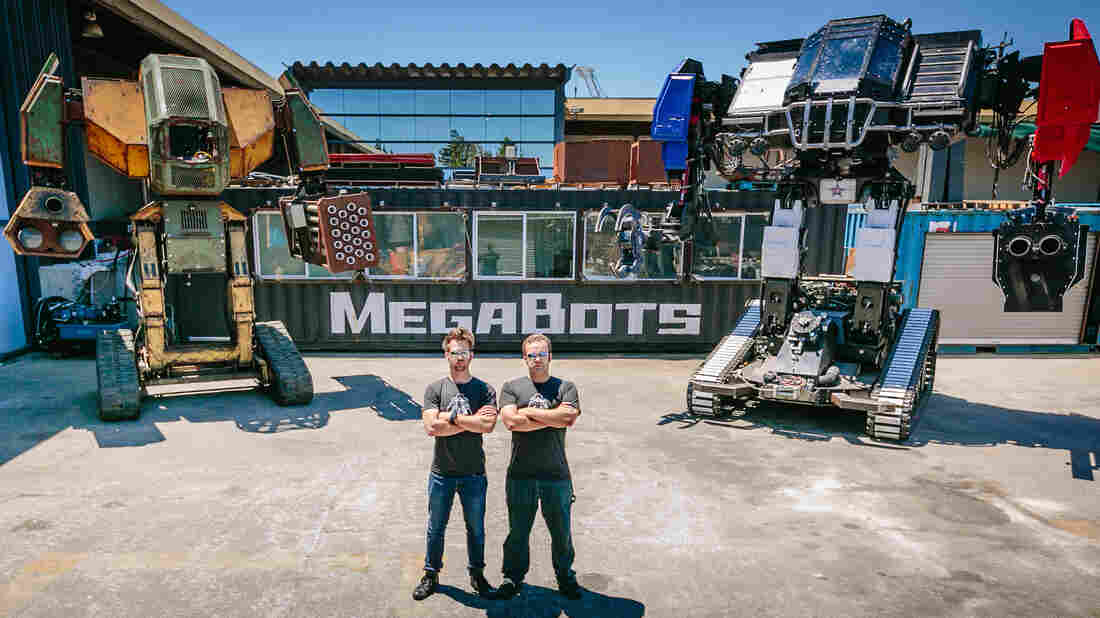 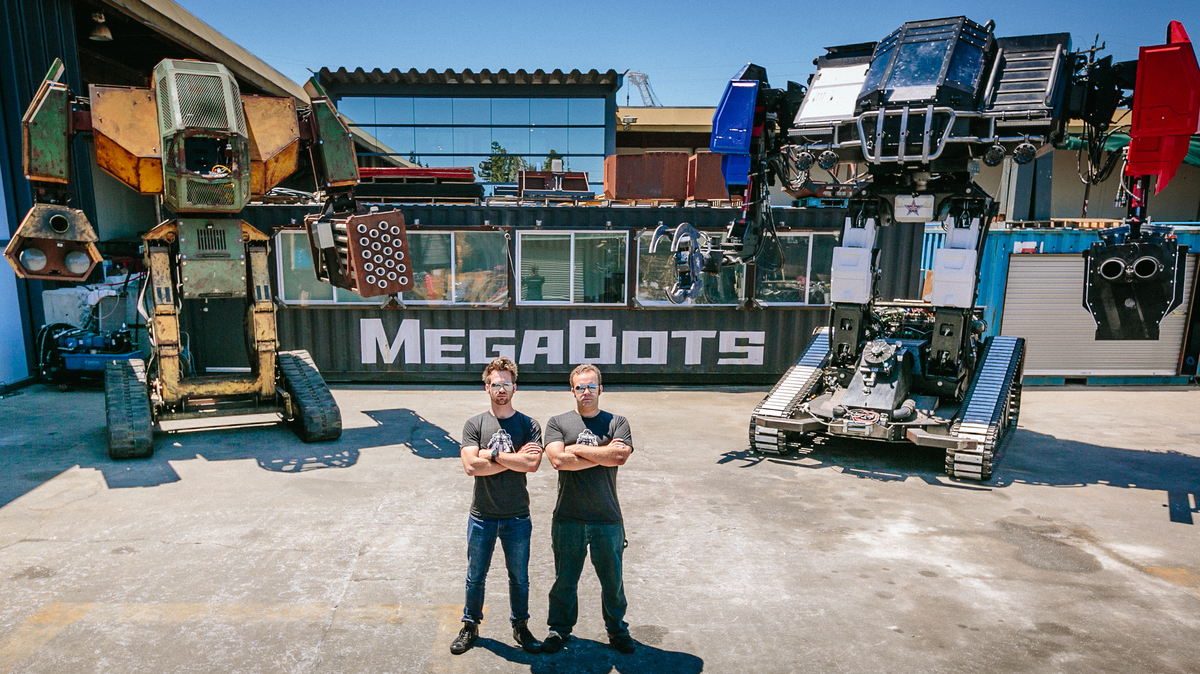 Their weapons of choice? Giant robots.

This long-awaited match between the monstrous robots — built by MegaBots Inc. of the U.S. and by Suidobashi Heavy Industry of Japan — will be broadcast on Tuesday via the online steaming site, Twitch. It's billed as the "first ever giant robot fight."

"This is a personal dream of mine come to life," says engineer Gui Cavalcanti, MegaBots' co-founder. Cavalcanti tells Morning Edition host Rachel Martin that it was both "awesome" and "terrifying" to co-pilot the 16-foot-tall, 12-ton robot – named Eagle Prime – during the duel. Cavalcanti, and his co-pilot Matt Oehrlein, were actually inside the robot controlling where the robot went, what its legs and arms did, and deploying its weapons. 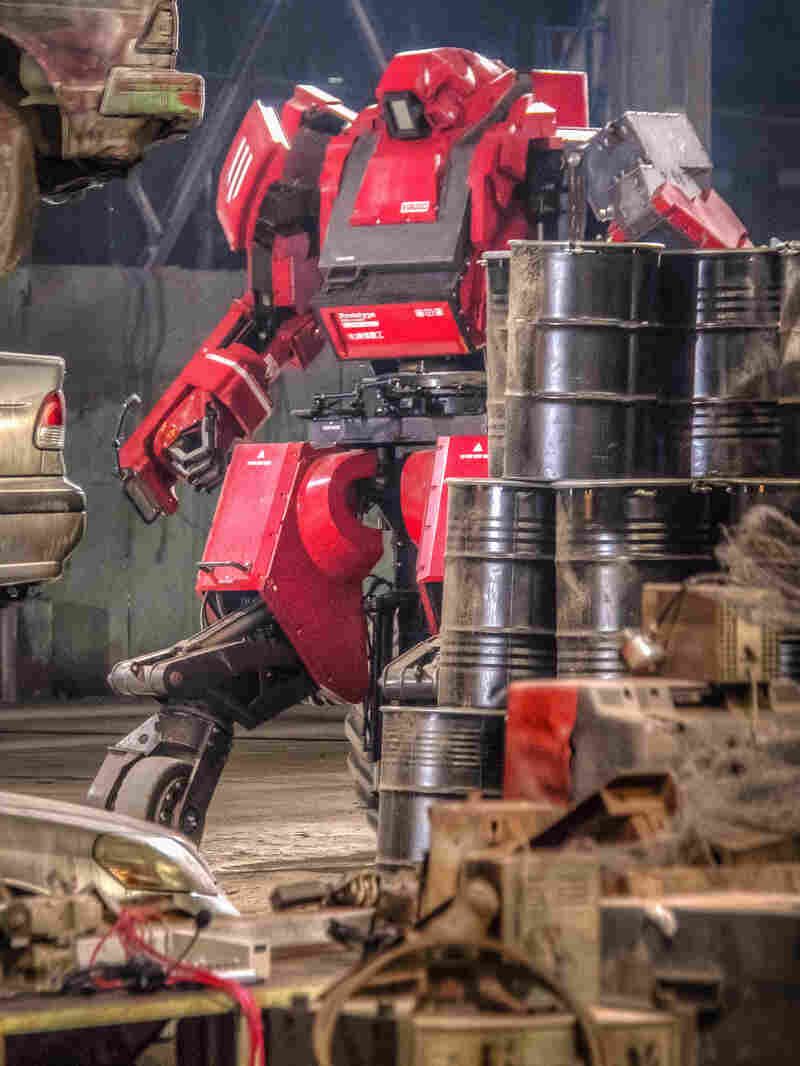 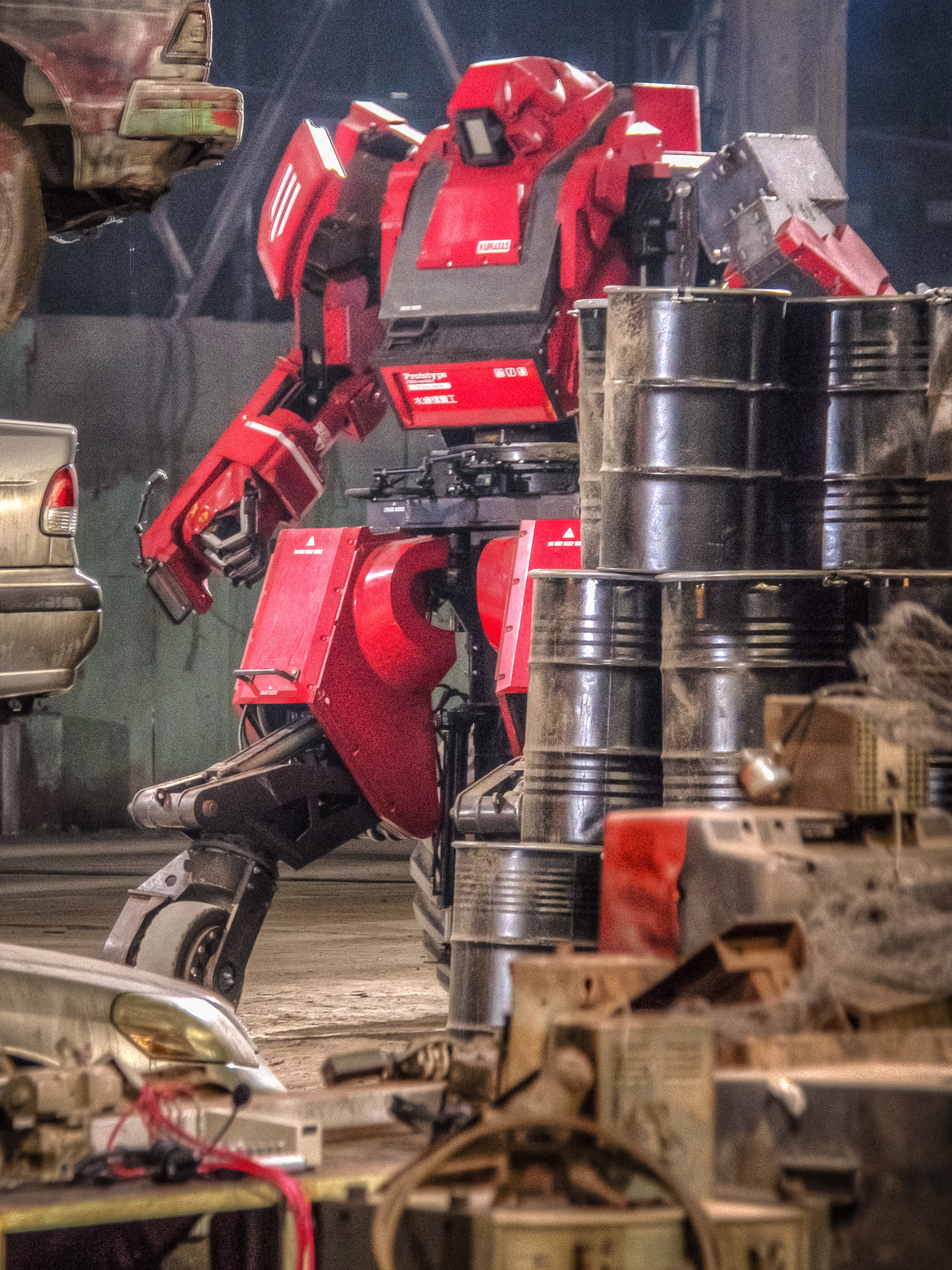 Kuratas prepares for the first fight of the giant robot duel.

"We're sitting on top of 430 horsepower Corvette engine," Cavalcanti says. "You can actually feel the robot just kind of shaking and quaking around you as you get punched, as you lean into a turn, as you fire the weapons or throw a punch."

Eagle Prime can be outfitted with a range of weapons from cannons to a chain saw, Cavalcanti says. Its challenger, Kuratas, stands about 13-feet tall and weighs about 6.5 tons.

Though the duel was pre-taped in an abandoned steel mill in Japan back in September, NPR does not know who won. We do know that there will be multiple rounds of fighting and the winner will be decided when one robot becomes incapacitated.

Eagle Prime co-pilot Gui Cavalcanti's view inside the robot is of seven different monitors that help him control the robot's legs. His co-pilot, Matt Oehrlein, sits in front of him during the duel. Greg Munson hide caption

But this is about more than just a giant robot fight and a battle for technological superiority. Cavalcanti says their goal is to form a new giant robot sports league and turn it into the next arena and stadium sport.

When Robot Face-Plants In Fountain, Onlookers Show Humanity — By Gloating