Accessibility links
The Court Challenge Begins: Is Trump Taking Unconstitutional Emoluments? On Wednesday, a federal judge will hear arguments in a case that asks: Is President Trump taking the kind of benefits banned by the Constitution? Step 1 is deciding whether plaintiffs have standing. 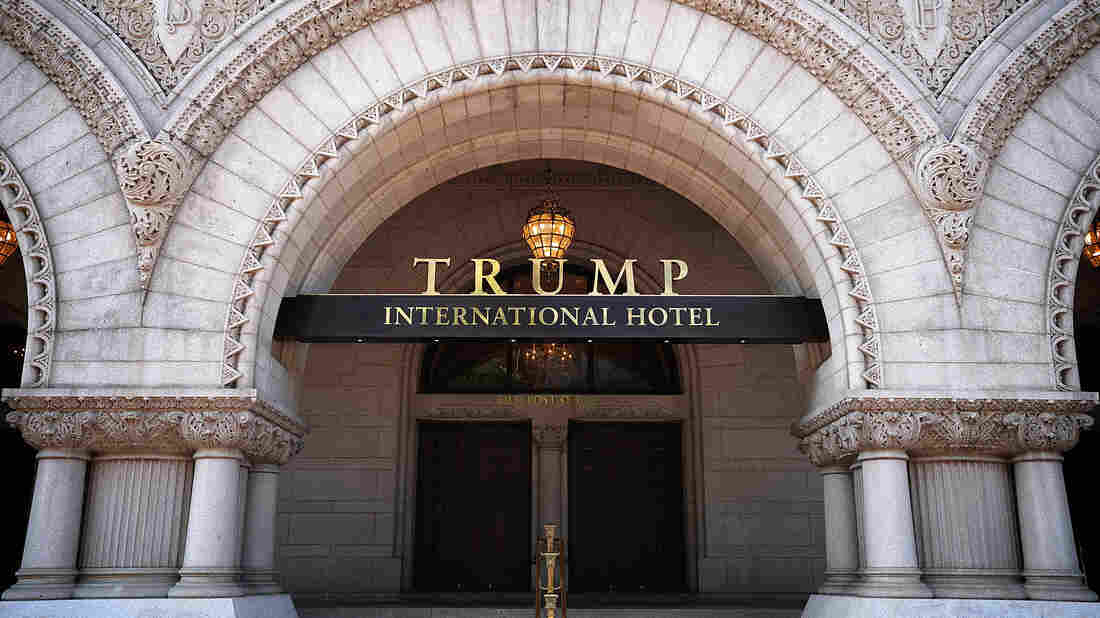 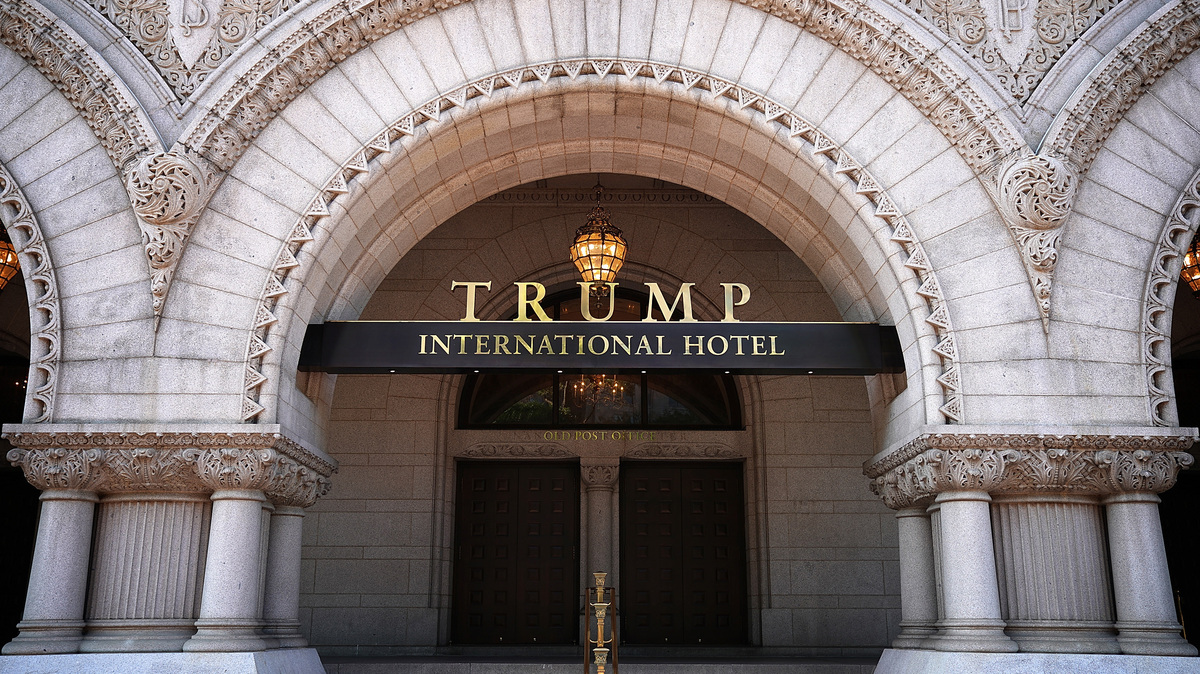 Citizens for Responsibility and Ethics in Washington filed a suit just three days after President Trump took office. The suit alleges he is violating the Constitution's ban on accepting foreign payments, or emoluments.

On Wednesday morning, a federal judge in Manhattan will hear preliminary arguments in a case that claims President Trump is violating the Constitution's ban on accepting foreign payments, or emoluments.

Here is what is at stake: The Founding Fathers wrote a clause into the Constitution saying U.S. officials cannot accept "any present, Emolument, Office, or Title" from foreign governments without the consent of Congress. Trump's critics say that by refusing to sell off his global businesses, the president is failing to uphold the Constitution.

But before that issue can be debated, the court first has to decide whether the plaintiffs even have standing to bring their Emoluments Clause case. And that first step is what is happening in the U.S. District Court for the Southern District of New York.

"This is a pretty big deal," said Noah Bookbinder, executive director of the watchdog group CREW — Citizens for Responsibility and Ethics in Washington.

CREW filed the suit just three days after Trump took the oath of office in January. It has taken until now to get to these opening arguments on the issue of legal standing to bring suit.

Bookbinder says it's an important event.

"It's the first time that a court is going to be hearing arguments about the Emoluments Clause, what an emolument is, what the president actually is prohibited from doing under the Constitution," Bookbinder said.

They say they've lost business to Trump establishments — not because of fair competition, but because many foreign officials take their business to Trump properties to curry favor with the president. That is a claim that Trump's Justice Department argues against.

Even in its preliminary stages, the case could have impact. If the plaintiffs win on the standing question, Bookbinder said, "the next phase of the case would be discovery."

In that phase, the plaintiffs would want the Trump Organization to turn over documents, such as "business records for the Trump companies and other relevant documents, potentially including tax returns, that'll tell us what foreign government payments and what state government payments the president's companies may be receiving, in violation of the Constitution," he said.

After standing, the next flashpoint is the definition of "emolument." CREW asserts a broad definition and cites dictionaries in use at the time the Constitution was drafted.

DOJ uses a narrower definition — just as Trump's lawyer, Sheri Dillon, did in January. She told reporters then, "No one would have thought that when the Constitution was written that paying your hotel bill was an emolument. Instead, it would have been thought of as a value-for-value exchange; not a gift, not a title, and not an emolument."

These questions seem to be wide open. When it comes to emoluments, there aren't a lot of legal precedents.

"I definitely have the view that no one has standing to bring an Emoluments Clause challenge," said Saikrishna Prakash, who teaches constitutional law at the University of Virginia Law School. He said emoluments are for Congress to consider.

He said of the CREW lawsuit, "I think it's become a vehicle for some people's frustrations with the president's continuing to have active businesses while serving as president."

Vermont Law School professor Jennifer Taub said that if the case fails, it would set a "terrible precedent."

Taub, who helped to organize a campaign last winter for disclosure of Trump's tax returns, said, "We cannot have a representative democracy if the president takes office with the purpose of personal gain and essentially influence-peddling."

More immediately, failure would be a bad omen for two other emolument suits. One was filed by Democrats in Congress, the other by the attorneys general in Maryland and the District of Columbia. Those cases are still working their way through the courts.