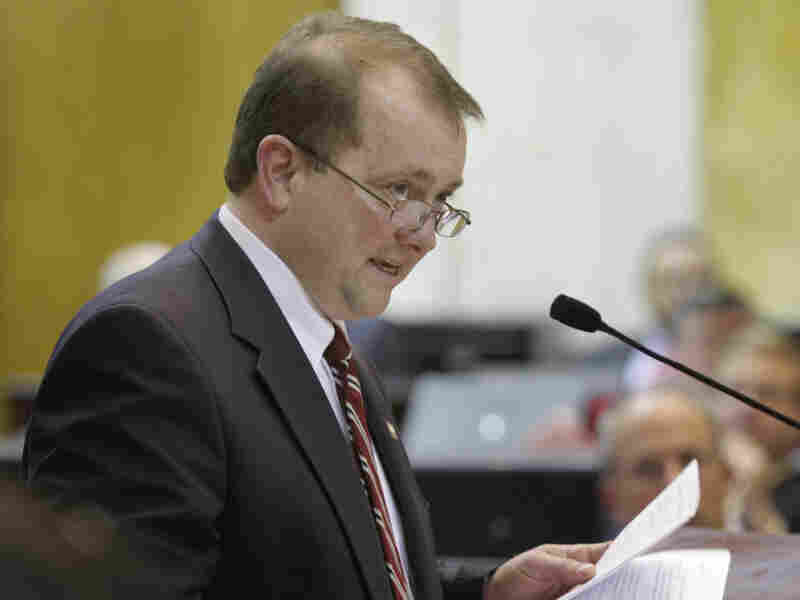 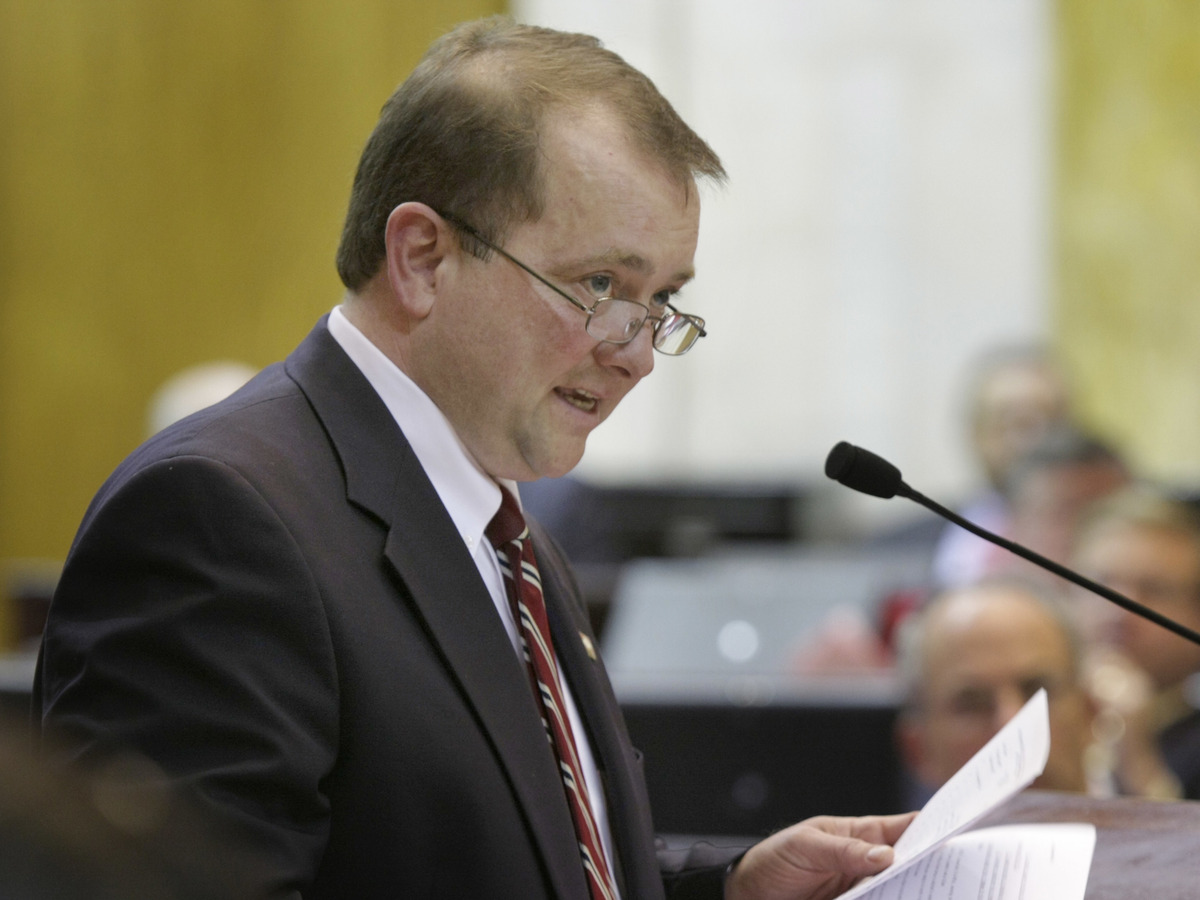 Former Arkansas state Rep. David Dunn, shown in a 2009 photo, was one of five Democrats on the President Trump's commission investigating voter fraud.

A member of President Trump's voter fraud commission, former Arkansas state Rep. David Dunn, died suddenly Monday from complications during surgery, according to his office. According to the Associated Press, Dunn was 52 years old.

Dunn was one of five Democrats on the advisory panel, which has been embroiled in controversy ever since it was created earlier this year to study problems in the nation's electoral system.

In a statement, fellow commissioner J. Christian Adams, a Republican, said Dunn was "courageous to serve, courteous in his manners, and kind to everyone."

The commission has met only twice so far — the last time on Sept. 12 in New Hampshire. There's been no word on when, where or whether it will meet again.

The panel got off to a rough start when its vice chairman, Kansas Secretary of State Kris Kobach, asked every state to send the commission detailed voter data in order to look for evidence of voter fraud. Many states balked, saying that such information was private.

Since then, some Democrats on the panel — which is led by Kobach and Vice President Pence, two Republicans — have complained that they've been kept in the dark about what the panel is doing.

Maine's Democratic secretary of state, Matthew Dunlap, sent a letter Tuesday to the commission's executive director, Andrew Kossack, complaining that he has "received utterly no information or updates from Commission staff or leadership about ongoing active research, inquiries for research requests, documents for consideration during future meetings, or indeed any information about whether or not the Chair has plans on convening another meeting."

Dunlap said it was "frustrating" to learn from reporters this past weekend that a man described as a researcher for the commission — Ronald Williams II — was arrested on charges of possessing child pornography. "It beggars the imagination that my understanding of any activity would come by way of media inquiries," Dunlap wrote.

He asked Kossack for copies of all correspondence between commission members, and with staff or other federal agencies, about the commission's work and possible proposals.

Pence said at the panel's first meeting that the commission would study ways to improve voter confidence in U.S. elections and that it had "no preconceived notions or preordained results. We're the fact finders."

But Democrats and voting rights activists fear the commission will use allegations of fraud to justify recommending new restrictions on voters. Those fears were fueled by the recent release of a proposal Kobach made to Trump's transition team on revising federal law to require that voters provide proof of citizenship.

The panel was created after Trump alleged, without evidence, that up to 5 million people voted illegally in last year's election.