Accessibility links
In The Searing 'BPM (Beats Per Minute)' ACT UP Acts Up This French drama about the Paris chapter of ACT UP in the '80s and '90s feels urgent and chillingly relevant — a call to arms against silence and complacency. 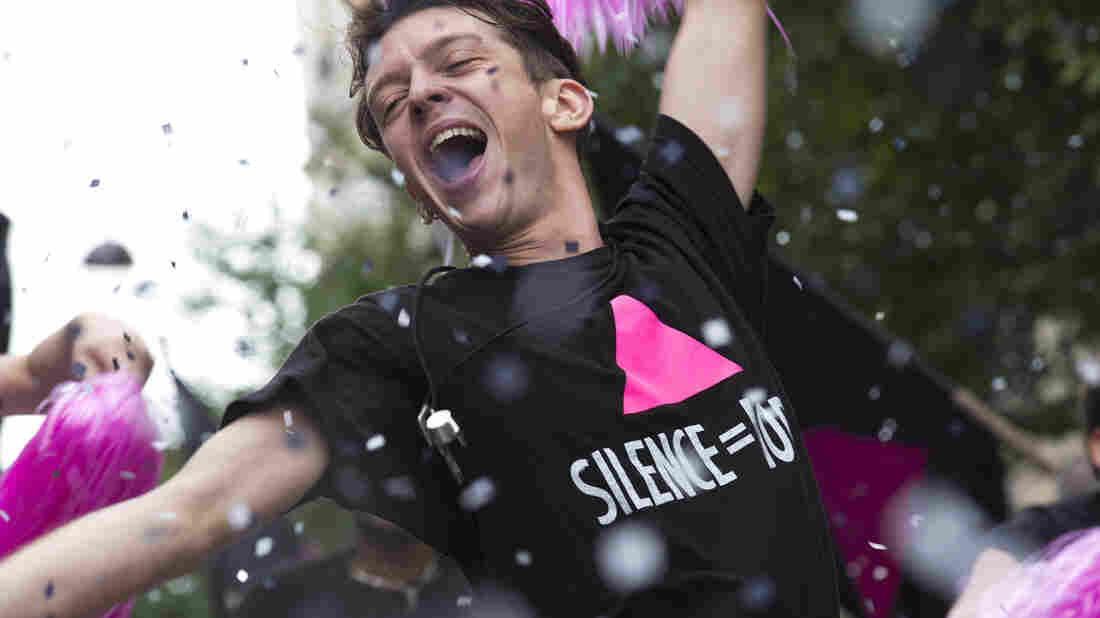 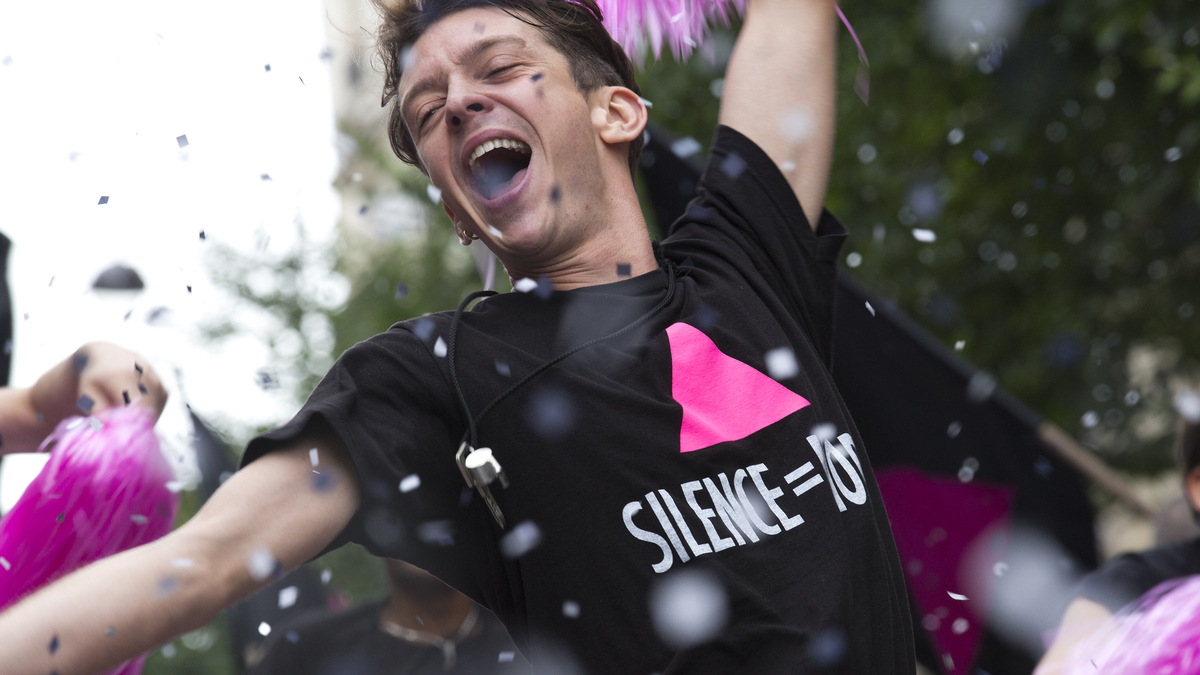 Battle your way to dignity and force others to see your life-or-death struggle. This was the sole option available to the HIV-positive community in the '80s and '90s, when the deadly pandemic ravaged gay people and junkies, populations easy for governments to ignore. Today, with HIV/AIDS much more manageable and treatment options out in the open, it can be easy to think of our progression with the disease as inevitable. We say the same thing about the Civil Rights Movement: we had to get there eventually, because to do otherwise would have been inhumane, ergo the movements that carried us along were simply fulfilling their role in history, not disrupting it.

But we'd be wrong on both counts. History is not set in stone; it's built on disruption after disruption. People have to speak up to stop inhumanity, and they have to do it loudly. The new French drama BPM (Beats Per Minute), winner of the Grand Prix at this year's Cannes Film Festival, is not, as so many American historical films tend to be, a wistful reminder of how far we've come. Instead, it's an urgent call to arms. Director Robin Campillo barely dwells on period details that could have distanced us from the moment, nor does he tell us much about things like AZT beyond their mere existence. When the activists announce their T-cell counts, they're doing it in real time.

BPM can be seen as a Euro-sequel to the superb 2012 American documentary How to Survive a Plague, which chronicled the beginnings of ACT UP (AIDS Coalition To Unleash Power) in late-'80s New York. (In an odd way, the films mirror the dispute between American and French researchers over who should get the credit for discovering the virus that causes the disease.) For American audiences, it's a nice treat to see a country that for centuries had led the way in protest actually taking the Yankees' lead for once. But it's not as if the Paris chapter of ACT UP was resting on their laurels. Campillo follows several composite characters, including an amateur medical researcher trying to do the work the pharmaceutical companies of the time wouldn't do; a lesbian who leads many of the direct action charges (Adèle Haenel of The Unknown Girl, the cast's most familiar face); and an HIV-positive 16-year-old who attends meetings with his mother. All of them are fighters, often with one another.

The dramatic center of the film is the love story between group newcomer Nathan (Arnaud Valois) and outspoken firebrand Sean (the heartbreaking Nahuel Pérez Biscayart, whose performance in the 2014 drama All Yours is also worth seeking out). In-between splattering the offices of a Big Pharma company with fake blood to protest their sluggish approach to clinical trials for AIDS treatment drugs and debating the most non-threatening way to tell Pride parade attendees they're all at risk for death, the two men share tender conversations about the moments when each of them became "poz." Their sex scenes will seem explicit to American audiences, but this just serves as a reminder that in many ways, U.S. screen culture still doesn't know what to do with LGBT people. We cry when they die, but we shriek when they love.

From a cinematic standpoint, the Americans' battle was the more dramatic one: a gay community pitted against Reagan-era social conservatism, having to fight not only to advance medical research on a fast-moving fatal disease, but also for the right to exist in public at all. Yet BPM illustrates that even with France's more progressive approach to sex, battles were still hard-fought on the ground. The French government, for example, had issued recommendations for public high schools to install condom machines, so the film shows the activists marching into schools to conduct impromptu sex ed lessons — just following their own government's guidelines.

It's a challenge to dramatize characters within an intentionally leaderless collective, so BPM generally treats the organization itself as the protagonist. Most of our interactions with them come through classroom meetings, which are raw and raucous, full of debate and flecked with spittle. The camera, eye-level with the crowd, seems to take up the space of a member, so we feel involved in these fights over exactly how radical to push the next demonstration, as though Sean is about to pull us aside and beg for our loyalty.

And even with all the quiet moments of healing and comfort you expect to see in a movie about people who love each other, it turns out the heated arguments are the true secret to the film's success. Your decision-making calculus changes when you have to fight the world for every heartbeat.