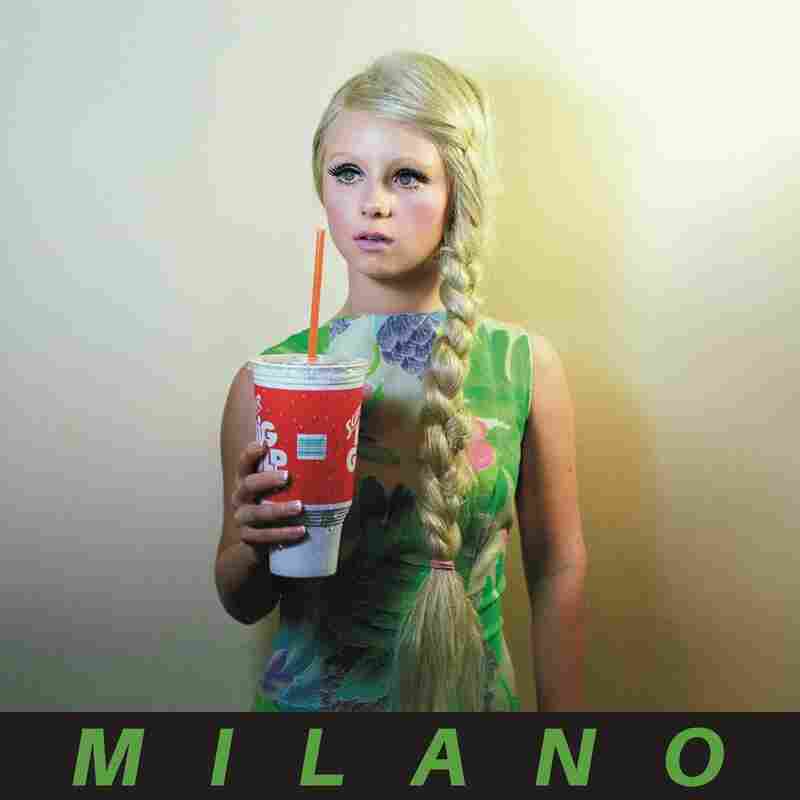 Italian composer Daniele Luppi's first noteworthy work in America has been heard millions of times over. The Los Angeles-based Luppi arranged Gnarls Barkley's ubiquitous "Crazy" in 2005. But it's fair to say Luppi's name first popped up on radars with his ambitious 2011 project with Danger Mouse, Rome, which painstakingly blended the widescreen orchestral landscapes of Ennio Morricone's evocative Spaghetti Western scores, with funky exploitation flick grooves — and the vocal talents of Jack White and Norah Jones.

Luppi's latest project, MILANO, returns to Italy, only this time, draws from a completely different era and locale: Milan of the mid-1980s. The indirect sequel to Rome presents snapshots — from flashy glamour and cosmopolitan excitement to the seedy underbelly — told through an array of characters populating the city as he remembers it. To help realize overarching motifs of emerging youth culture and gentrification, Luppi called on some surprising collaborators: Brooklyn post-punkers Parquet Courts serve as the house band on MILANO, and Karen O of Yeah Yeah Yeahs is one of the voices cast to play fashionistas, junkies, ne'er-do-wells and escorts.

The members of Parquet Courts do what they do best. The band (composed of vocalist Andrew Savage, guitarist Austin Brown, bassist Sean Yeaton, and drummer Max Savage) invigorates each track with lean urgency, thanks to jagged guitars and scrappy improvisations that build to cacophony. "Soul and Cigarette" opens with Savage speak-singing his way through abstract and elusive words that require decoding: "Albatross flying again, after 20 years in a cage / Passes overseas, brings a ghost to his knees / Feathers flocking into words on a page," he says in laconic monotone atop a simple chiming melody. Later, "Memphis Blues Again" bristles with disjunct, wiry riffs that descend into dissonance as Savage works himself into agitation, bluntly sneering "Emotionalism's a bore, modernism's a chore ... Minimalism's absurd / To me it's just a word / I wished I'd never heard," with only a wink at the bored, pretentious archetype he's inhabiting.

The album kicks into high gear when Karen O shows up and cuts loose in a variety of personas: On "Talisa," O assumes the role of model Talisa Soto and embodies the vibrancy of a glitzy fashion shoot with designer Gianni Versace himself as the photographer calling out poses ("Gianni said sashay / And Gianni gets his way"). When she mirrors a trumpet with her cheeky coo or unfurls lines like "How you toss your hair / It's how you wear your pout / Someone tell Lisa, come close to me so I can wear you out," it's easy to picture Karen O strutting the catwalk the way she prowls the stage. Later, she taps into her trademark Yeah Yeah Yeahs swagger when set against Parquet Courts' abrasive but danceable grooves. On "Flush" she's seductive and sinister all at once: "Saw eels go by, slipping salt into my veins / Crustaceans picking at my eyes / They dance and f—— in the waters of my brain. Go flusshhh, hush hush hush..." Later, on "The Golden Ones" she rhythmically exhales with throaty frill hanging on every phrase: "With me in you, the pleasure is all yours / With me in you, the beauty is whole and true."

While Savage and O alternate songs throughout Milano, it's not until the highlight "Pretty Prizes" when they finally share singing duties in a twisted he-said, she-said duet. "Beware of cats that follow you home / Of pretty prizes wearing disguises / Give her some milk, she'll purr as she bites through the bone," she cautions in the hook.

For all of MILANO's raw edge, Luppi enlivens MILANO's arrangements with playful flourishes, adding bells ("Mount Napoleon"), synths ("Lanza") and skronky saxophone solos ("Cafe Flesh"). The result is unlike anything we've come to know in Luppi's distinctively swooning music. Some musical pairings make sense immediately, if not predictably, on paper and in execution; others may initially seem like an odd match and take time to win you over. While this is Daniele Luppi's vision, it truly delivers when Parquet Courts and Karen O are left to run amok in the world he's built. After hearing these songs come to life, it's hard to imagine them in anyone else's hands.