Accessibility links
Why Older People Didn't Fare Well In Northern California Wildfires More than 40 people have died in those fires, and that number could rise. Of those who perished, the vast majority who've been identified were over the age of 65. 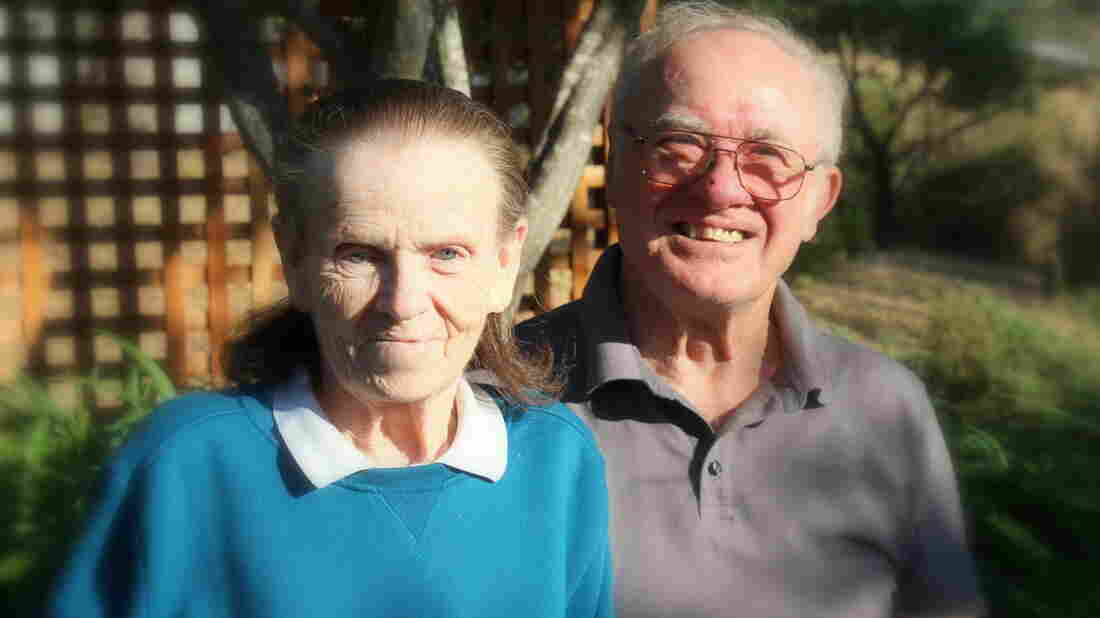 The photo of LeRoy and Donna Halbur was taken Aug. 12 at the celebration of their 80th birthdays and 50th wedding anniversary. Michelle Halbur/Michelle Halbur hide caption 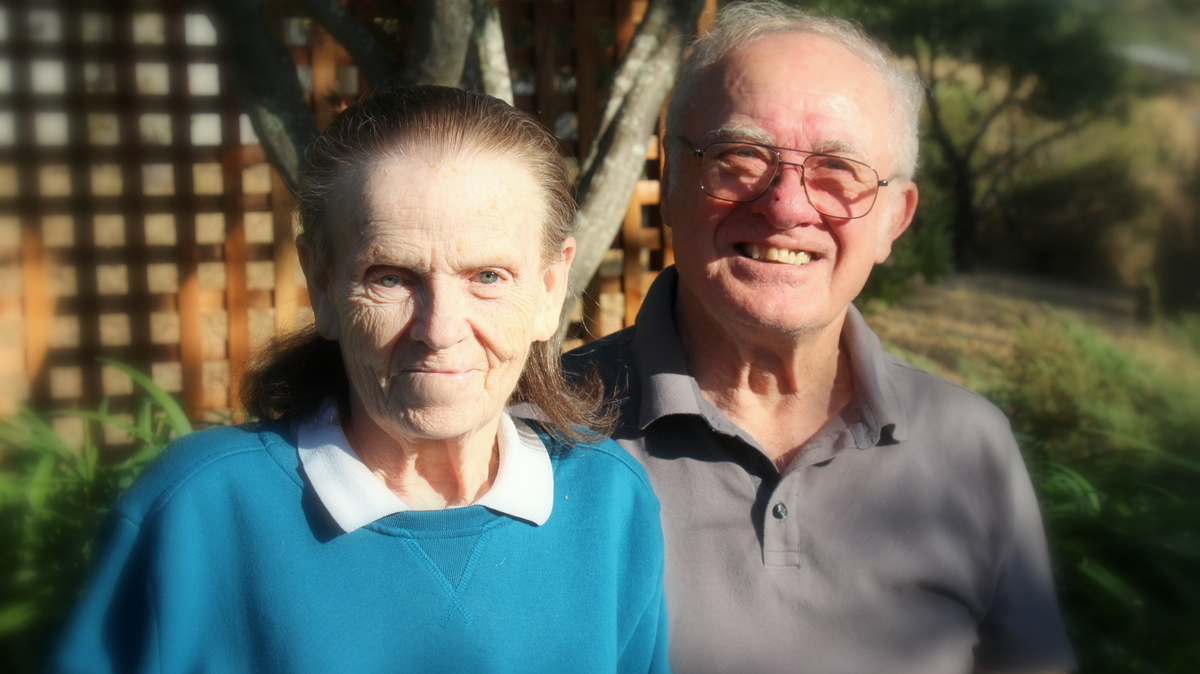 The photo of LeRoy and Donna Halbur was taken Aug. 12 at the celebration of their 80th birthdays and 50th wedding anniversary.

The night before the fire overtook LeRoy and Donna Halbur, the couple had dinner at their home north of Santa Rosa, Calif., with their eldest son, Dave, his wife and their 2-year-old son. Dave Halbur remembers it as a typical Sunday dinner with his folks.

We "had Chinese food and talked. It was a really nice evening," Halbur recalls.

The fire came through a few hours later in the early morning darkness. By Monday, Dave Halbur had heard nothing from his parents. LeRoy and Donna Halbur were both 80.

More than 40 people have died in the wildfires in Northern California. That number could rise. More than 50 people are still missing, and investigators have been looking for remains in the ashes. But one thing stands out about those who perished: The vast majority who've been identified were over the age of 65.

"I spent much of the day going from shelter to shelter," Halbur said of the search for his parents. "Then finally, I got a message to come home."

That was because his wife's stepfather had gone to LeRoy and Donna Halbur's house along with some firefighters. They found the remains of two people: Donna Halbur was in the car in the garage area. LeRoy Halbur was outside. But that's not how Dave Halbur would want them to be remembered.

Instead, remember them as "great parents," said Halbur. "They were generous, really loved by their community."

His dad had been an accountant and leader of the St. Vincent de Paul charitable society in Santa Rosa. His mother, formerly a nun, was a children's reading specialist. They were humble and stoic, which their son chalks up to their Iowa roots. Just this August, the family had gathered to celebrate the Halburs' 50th wedding anniversary and both of their 80th birthdays. But Donna Halbur had been in poor health in recent years. She'd had a stroke. She was frail. Her movement and memory were impaired. Dave Halbur says that even though his parents made it out of the house, he doesn't think they really had a chance.

"The firefighters said that the fire was moving at a pace of 1 acre per minute," said Halbur. "So that's awfully fast."

"It's not surprising that most of the victims were seniors," said Marianne McBride, president and CEO of the Council on Aging in Sonoma County.

Certainly luck — or rather bad luck — played a role in some of the fatalities. For example, the fire swept through a mobile home park, Journey's End, which catered to residents 55 and older. And reports say that Armando and Carmen Berriz were trying to drive to safety but got stuck on a tree that had crashed across the road. They took refuge in a swimming pool. He survived. She didn't.

But then there were Charles and Sara Rippey. He was 100 and she was 98. According to news reports, they simply didn't have the mobility to escape their home before it crashed around them in flames.

Marianne McBride says that even if an older person could get out of their house, that doesn't necessarily mean they could get away.

"Twenty-five percent of us will lose our ability to drive in our lifetime," said McBride. "So if that were the case and you didn't have a car to get away, then ... you're stranded."

Many people who escaped reported being awakened by the smell of smoke. McBride says some older people who seemed relatively healthy might not have noticed that because many lose their sense of smell as they get older.

"Anyone with early cognitive issues, sense of smell is one of the first things that goes," said McBride.

Other evacuees have said they were awakened by the roar of the wind or the flames. Or by pounding on the door. But nearly two-thirds of adults over age 70 have some degree of hearing loss. McBride says even hearing aids might not have helped in this situation because "we take them off at night, or we turn them off at night. So it's ... quite likely that we wouldn't hear something," she said.

And, as the story of LeRoy and Donna Halbur shows, a serious physical challenge can make it all but impossible to outrun the flames.