Accessibility links
Barack Obama's Letters Written To A Girlfriend In The 1980s Part Of Emory University Collection The musings of the future president at age 21 reveal familiar themes of alienation and lack of belonging that would arise again in his later writing. 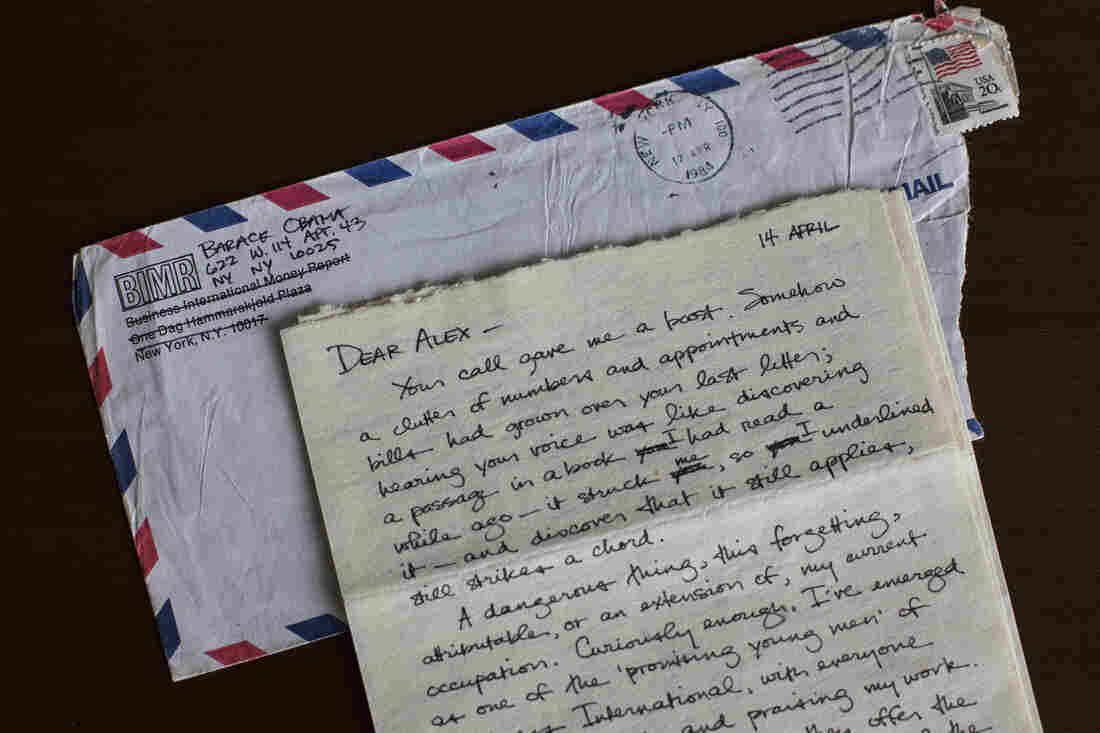 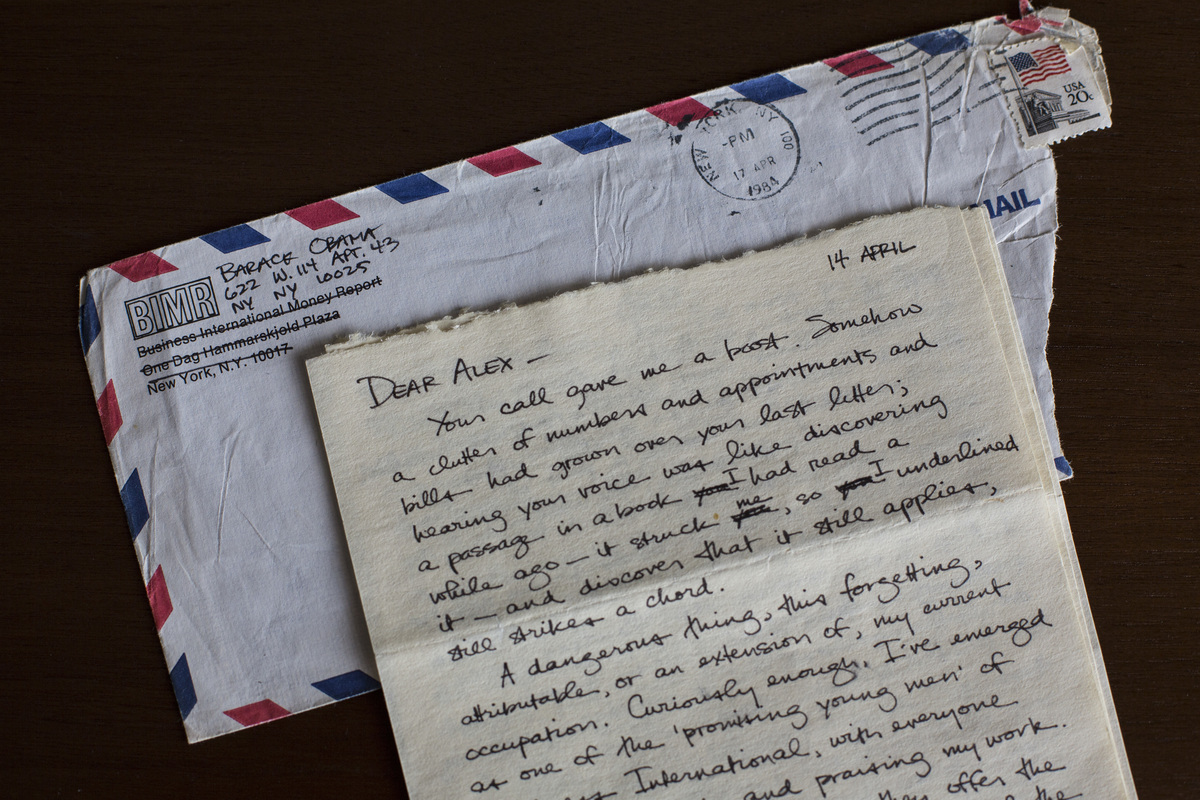 This image provided by Emory University shows letters sent by then future President Barack Obama to his college girlfriend Alexandra McNear. The university is making the letters available to researchers Thursday.

Few of us would want the love letters we wrote to our sweethearts at age 21 released to the public. But when you've been president everything in the past is ripe for perusal by historians, researchers and journalists.

And so it is with the love letters of former President Barack Obama — excerpts of which have been released by Emory University's Stuart A. Rose Manuscript, Archives and Rare Book Library, where the letters a young Obama wrote to then-girlfriend Alexandra McNear are now part of the collection.

The letters were written between September 1982 and April 1984, after Obama had transferred from Occidental College in Los Angeles to Columbia University in New York City. McNear remained in California.

The first letter in the collection, which the university says Obama wrote at a campus cafe, "drinking V8 juice and listening to a badly scratched opera being broadcast," as he put it, finds Obama articulating what would become familiar themes in his later writing, feelings of not belonging and alienation (themes that many 21-year-olds might find familiar).

In September 1982, he writes of a college friend who will soon marry and a high school friend who manages a supermarket.

"I must admit large dollops of envy for both groups, my American friends consuming their life in the comfortable mainstream, the foreign friends in the international business world," Obama wrote McNear. "Caught without a class, a structure, or a tradition to support me, in a sense the choice to take a different path is made for me.

"The only way to assuage my feelings of isolation are to absorb all the traditions, classes, make them mine, me theirs. Taken separately, they're unacceptable and untenable."

He ends the letter, which was written on yellow-lined note paper, "I trust you know that I miss you, that my concern for you is as wide as the air, my confidence in you as deep as the sea, my love rich and plentiful, Love, Barack."

In a November 1982 letter, Obama writes of the enjoyment he takes in his relationship with McNear, and the challenge of "forging a unity, mixing it up, constructing the truth to be found between the seams of individual lives. All of which requires breaking some sweat. Like a good basketball game. Or a fine dance. Or making love.

"We will talk long and deep, Alex, and see what we can make of this."

In June 1983, Obama writes McNear during a trip he took back to Indonesia, where he lived as a child and where his mother and sister remain.

"I can't speak the language well anymore. I'm treated with a mixture of puzzlement, deference and scorn because I'm American, my money and my plane ticket back to the U.S. overriding my blackness. I see old dim roads, rickety homes winding back towards the fields, old routes of mine, routes I no longer have access to."

He also expresses to McNear some uncertainty about the future of their relationship. "I think of you often, though I stay confused about my feelings," Obama writes. "It seems we will ever want what we cannot have; that's what binds us; that's what keeps us apart."

Later that year, Obama and McNear are no longer lovers, but remain friends. He writes her of his struggles finding a job in New York, and of his tight finances. "Salaries in the community organizations are too low to survive on right now, so I hope to work in some more conventional capacity for a year, allowing me to store up enough nuts to pursue those interests next," he says.

"One week I can't pay postage to mail a resume and writing sample," he writes, "the next I have to bounce a check to rent a typewriter."

He writes he has "cultivated strong bonds with the black women and their children in the company, who work as librarians, receptionists, etc.," while "the only black men are teen messengers."

"The resistance I wage does wear me down — because of the position, the best I can hope for is a draw, since I have no vehicle or forum to try to change things. For this reason, I can't stay very much longer than a year. Thankfully, I don't yet feel like the job has dulled my senses or done irreparable damage to my values, although it has stalled their growth."

Emory says facsimiles of Obama's letters will be on view Friday. The letters themselves will be available to scholars and students by appointment.