Accessibility links
The Day A Texas School Held A Funeral For The Spanish Language Two women remember a day in the 1950s when their elementary school in Marfa, Texas, banned speaking Spanish on campus in a ceremony called the "burial of Mr. Spanish." 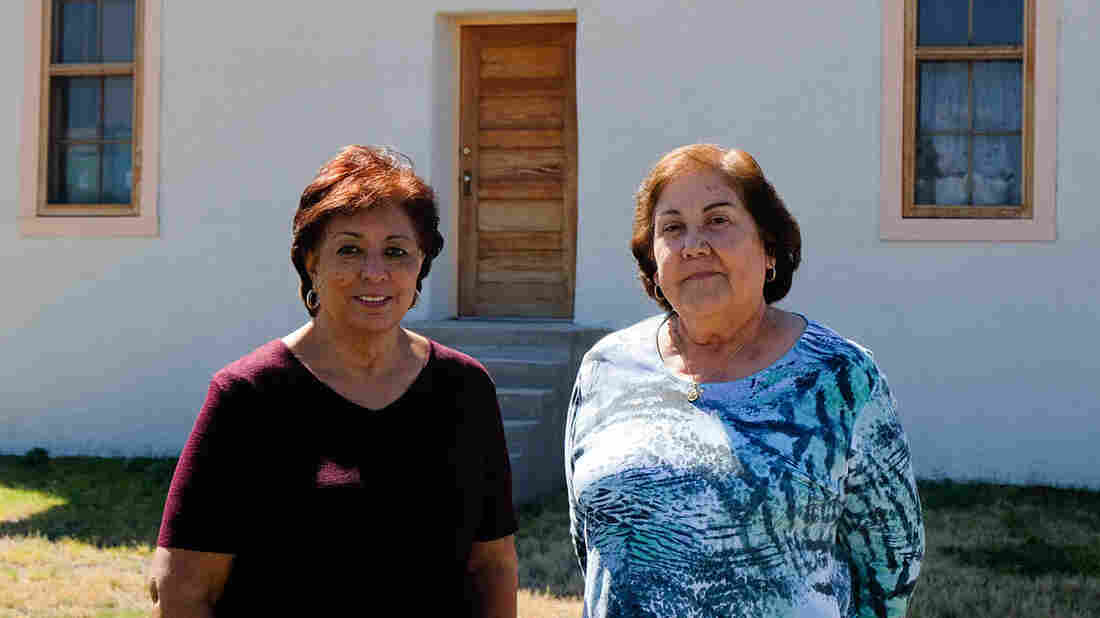 Jessi Silva and Maggie Marquez on the grounds of the Blackwell School in Marfa, Texas. The school closed in 1965 and some of it was demolished. Both women returned to the grounds in 2007 with a group of alumni to hold a symbolic ceremony to unearth "Mr. Spanish." Sarah Vasquez for StoryCorps hide caption 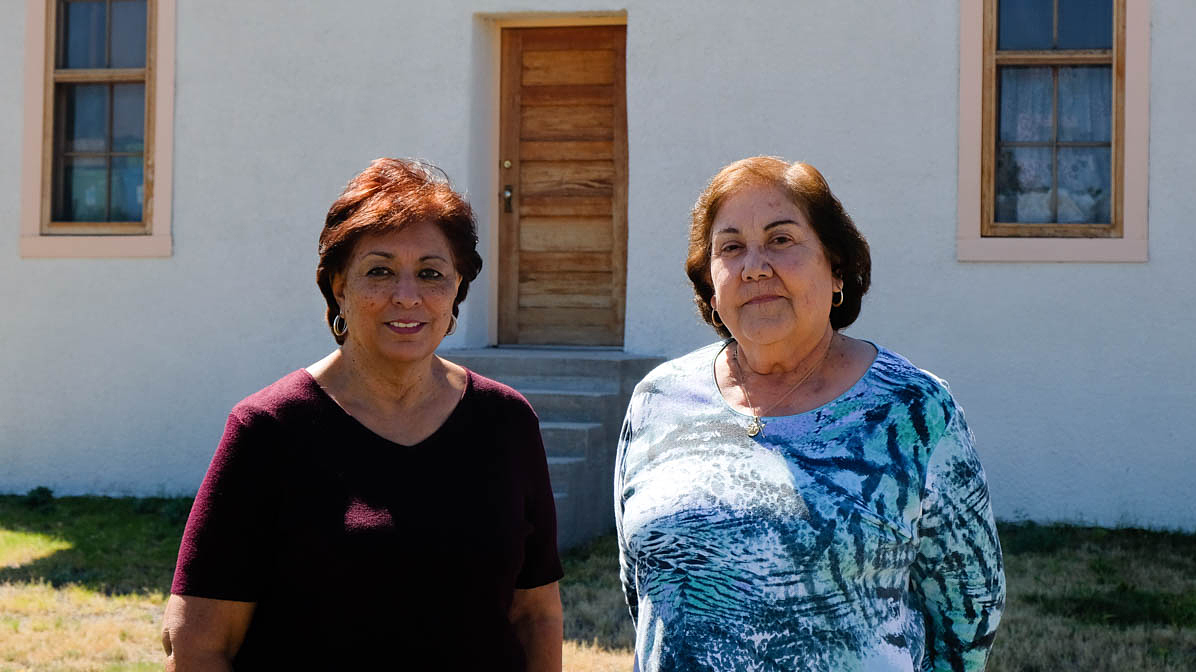 Jessi Silva and Maggie Marquez on the grounds of the Blackwell School in Marfa, Texas. The school closed in 1965 and some of it was demolished. Both women returned to the grounds in 2007 with a group of alumni to hold a symbolic ceremony to unearth "Mr. Spanish."

Maggie Marquez and Jessi Silva grew up in the desert town of Marfa, Texas, in the 1950s, when schools were segregated. Latino children were sent to Blackwell Elementary School, and for many of them, Spanish was their first language.

Maggie, 73, and Jessi, 69, were students there, and at StoryCorps, they remember the day their school banned students from speaking Spanish — in a ceremony called the "burial of Mr. Spanish."

"I walked into the room and the teacher, she said for us to get a piece of paper and write down, 'I will not speak Spanish in school.' So I wrote down on a piece of paper, fold it up, and gave it to her," Maggie says. "All the teachers, they had a little cigar box, and put the kids' little papers in there. And we all marched out to where the flagpole was."

The whole school was there, Jessi says, and a hole had been dug. The box went in the hole and was covered up with dirt.

"We had gone to family funerals before, so we understood that there was a funeral going on, but we didn't know why, and everybody was very quiet when they buried Mr. Spanish," Jessi says.

After the box was buried, the students went back to class, Maggie says, and were told they were not supposed to speak Spanish.

"So I told my friends, 'Nadie me va a parar que yo no hable el español. Nobody's gonna stop me from speaking Spanish.' And I didn't know the teacher was right behind me. And the teacher took me to the principal," Maggie says.

The principal hit her with the paddle. "I got three licks," she says. "It was my first time, and I was hurting, so I ran home. I didn't go to school for three days. I had big bruises. My dad, he wasn't happy 'cause they were not supposed to have hit me, but he told me I needed to go back to school and I needed to follow the instructions."

"Our parents always supported the teachers," Jessi says. "And I remember my dad said, 'If you're in school, you just be obedient. Don't stir the waters.' "

Not being able to speak Spanish in school felt like a loss, Jessi says, like something was being ripped away from her. "I was only 6, yet I understood that something's wrong here," she says.

Maggie says even though she had questions she wanted to ask, she just kept quiet. "But now as I have grown older, if I see something that is not right, I'm gonna speak," she says.

"It was part of the past," Jessi says, "but you learn things through the past."