Accessibility links
Gabrielle Union Gets Real In 'We're Going To Need More Wine' Union has graced screens big and small since the '90s. Now she's written a frank, funny essay collection that's not just a celebrity tell-all (though she does dish on Heath Ledger's dreaminess). 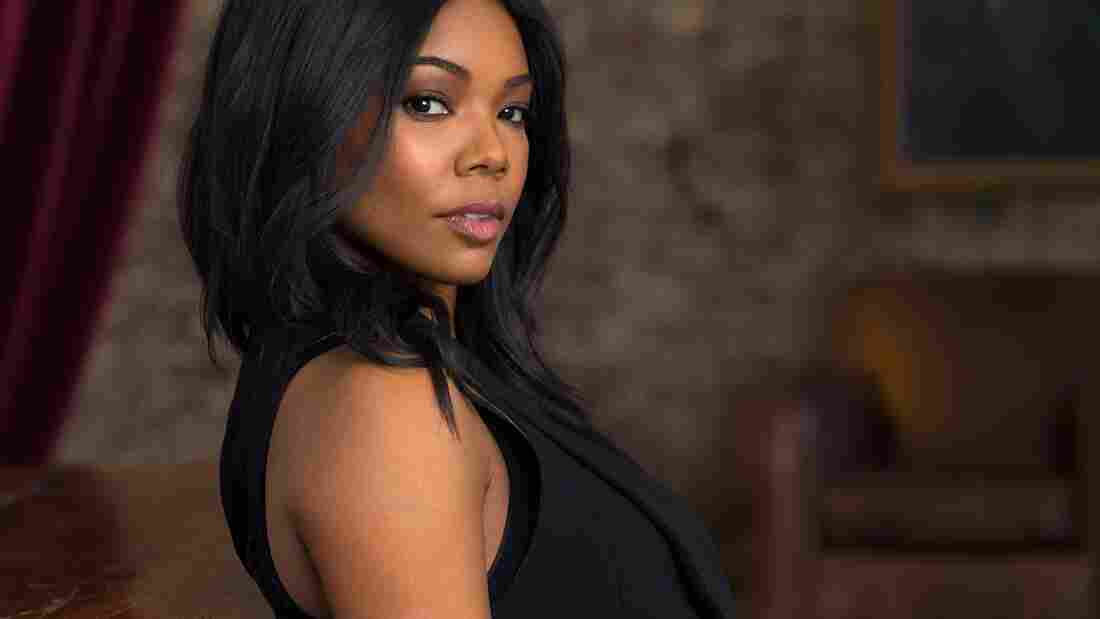 Gabrielle Union says she thinks it's tacky to tell on your costars — but she tells many revealing stories about herself in We're Going to Need More Wine. Michael Lavine hide caption 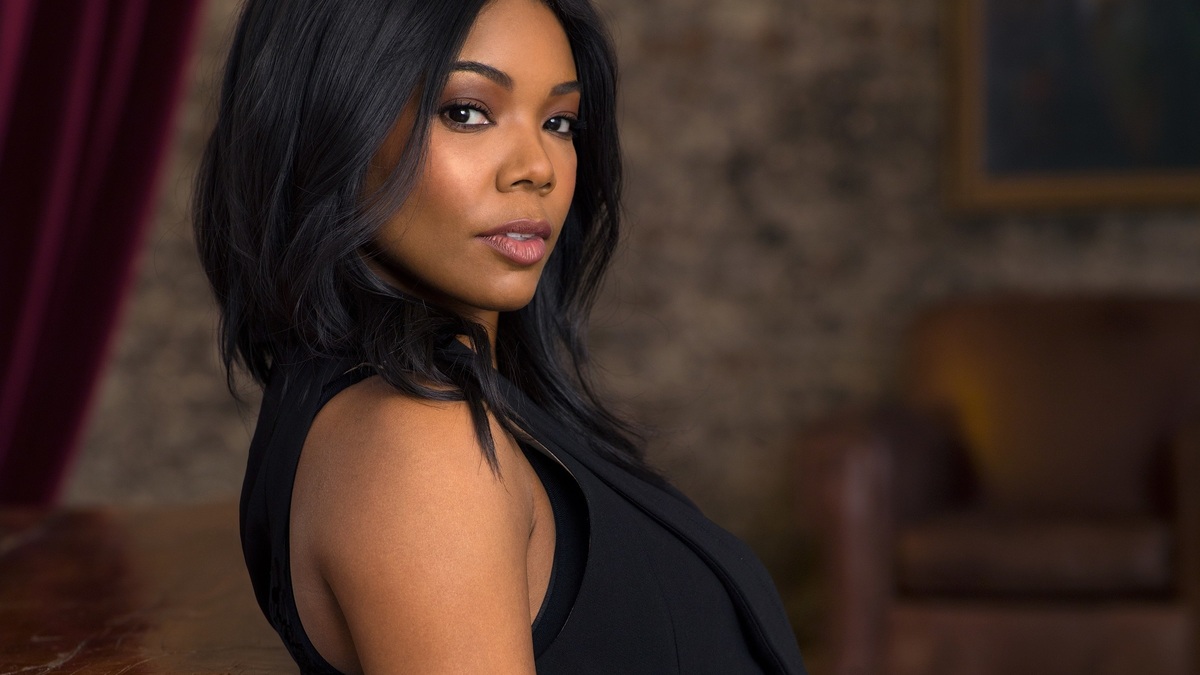 Gabrielle Union says she thinks it's tacky to tell on your costars — but she tells many revealing stories about herself in We're Going to Need More Wine.

Actress Gabrielle Union started off playing teenagers on TV in the 1990s. Now, she stars in the BET show Being Mary Jane, as a powerful cable news anchor who's equally fierce in her personal life. She's also an advocate for rape survivors and an outspoken voice on many issues. And she's just written her first book, a collection of essays called We're Going to Need More Wine.

Union says she's always loved regaling her friends about her adventures and misadventures — hence the title of her book. "I'll be like, 'Girl, you don't have enough wine,'" she says. "A lot of these stories are helpful with a cocktail, for sure."

A lot of these stories are helpful with a cocktail, for sure.

She's never been a fan of celebrity tell-alls. "To narc on your costars, I think is kinda tacky," she says. But in her book, Union does dish about how dreamy it was to work with actor Heath Ledger. She reminisces about parties Prince used to throw. And she calls out her ex-husband, retired NFL running back Chris Howard, talking about her regret that after they divorced, she paid his rent, cosigned for a Porsche he later abandoned, and invested in a company he started that failed.

"Had he paid up, perhaps I would have been kinder. Or omitted some of his truth, or our truth," she sighs. "But, alas, his bill is outstanding, and — sorry."

Union's memoir is funny and frank about many things. Mostly, herself: She details losing her virginity, sexual encounters, cheating, infertility, miscarriages. In one essay, she describes being raped at gunpoint by a stranger in the back room of a shoe store where she worked. She was 19.

"It's weird to say, and it's awful to have to say that I had the luxury of being raped in an affluent community with an underworked police department and an underutilized rape crisis center, counselors who had gone through the sensitivity training," she says. "And to be immediately afforded the sympathy that accompanies stranger rape, to be immediately supported, and immediately put on the path to healing." 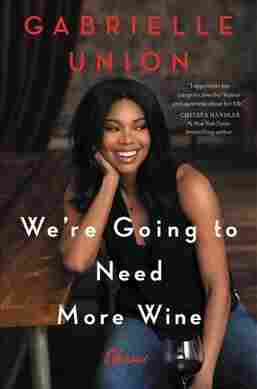 Stories That Are Funny, Complicated, and True

Union credits the Santa Monica-UCLA rape treatment center for saving her life. But the incident still affects her. "I talk about the sense of rape energy that has continued to swirl around me, things happening to me that are out of my control," she says. "And then in the microcosm of Hollywood, being put in the situation where you're not supposed to have any boundaries. You're supposed to be grateful if your fans want to be around you or touch you or grope you or yank you around, and all of that is supposed to just be par for the course."

Union says her goal has never hearing the words "me too" again, but sexual assault is far too common. Her experience motivated her to take on a role in the film Birth of a Nation, about the 1831 slave rebellion led by Nat Turner. She plays Esther, a slave who's raped by a drunken dinner party guest at a plantation. While the character was silent, the actress who portrayed her was not — especially after it was revealed that the film's director and actor Nate Parker had been charged with rape while he was a college student.

Although he was acquitted, Union says she could not take the allegations against him lightly. She wrote about it in an op-ed piece for the L.A. Times, adding that she had conflicting feelings about promoting Parker's film, "because there were so many women and so many people associated with the film that were sexual assault survivors, I thought it was important to highlight those stories," she says. "It just became an impossible situation. And also offering understanding for people who did not want to support the film — I absolutely understand that. I hope as someone who was in the film, as well as other survivors that our art could be recognized as well."

Union doesn't go into the Nate Parker controversy in her book, but she has many things to say about racism. She born into one of the largest and oldest black families in Nebraska, then grew up in Pleasanton, a white, liberal suburb in the San Francisco Bay Area. "As the chip in the cookie, what I found over and over and over again is that the more I assimilated, the more they forgot my blackness, and they just got very comfortable in their racism," she recalls.

Union says growing up, she was constantly called the n-word. Years later, she worries about what her two stepsons in Florida face. "Raising teenage black boys, and watching them going from being regarded as "'Oh my god, they're so cute' to [she gasps] 'They're a threat just by breathing,'" Union says. "And it's terrifying in Florida, where not only do you have to worry about the police, you have to worry about how your neighbors are regarding you."

In her book, the 44-year-old actress also reflects on her career, which began with the 1990s sitcom Saved By the Bell: The New Class. "I started playing 14 and 15-year-olds when I was 23, finishing up at UCLA. And I continued to play 15-year-olds until I was 30. You know I'm dying my greys and reporting to high school."

With her ever-youthful look and trademark dimples, Union got bit parts on TV shows like Moesha, Friends, and Star Trek: Deep Space Nine. "My mom is and was a massive Trekkie," she says."So being a Klingon in my family was akin to winning the Oscars."

Union also acted in such films as Ten Things I Hate About You, Deliver Us From Eva and Bad Boys II. One of her best known roles was a high school cheerleader named Isis in the 2000 movie Bring it On. For the championships, Isis goes up against Kirsten Dunst's character and gets labelled a mean girl (unfairly, in Union's opinion).

Years later, the actress had an "aha" moment about her own behavior. She made a startling confession while accepting the Essence Fierce and Fearless Award in 2013. "I lived for the negativity inflicted upon my sister actresses, or anyone who I felt whose shine diminished my own," she said from the podium. Oprah Winfrey was in the audience, and was inspired by Union's candor.

On a television special, Winfrey told her, "As you started to speak, my own mouth dropped and then got wider and wider, and by the time you finished we were all like, whoa. What was that?" Union says this was another moment in her evolution of becoming a better person."That came on the heels of a lot of therapy, a lot of life coaching and just wanting to change the narrative about black women in Hollywood. And just being honest."

That introspection, and a willingness to change, is central to Gabrielle Union's memoir — and her life.