Accessibility links
A Portland Video Store Goes Nonprofit To Save Itself Video stores are going nonprofit to survive as community archives, and the latest shop to try it is in Portland, Oregon. 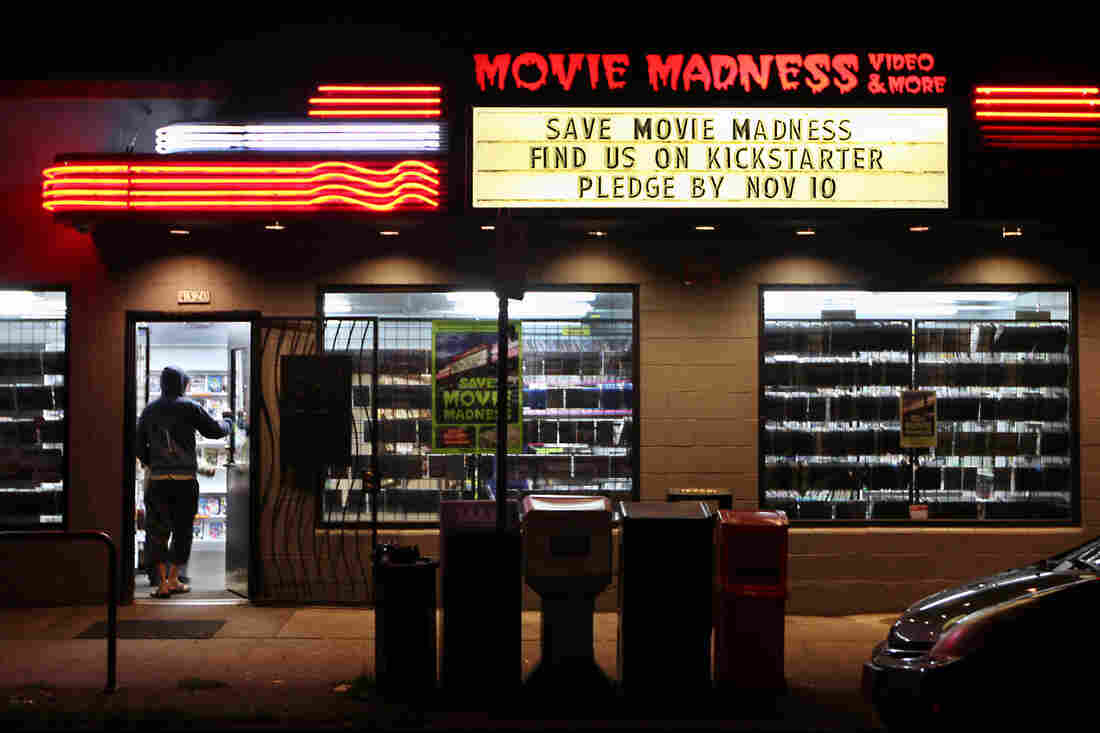 The Portland video store Movie Madness has drawn customers from all over the metro area for 27 years, but now its future depends on transforming into a nonprofit. Aaron Scott/OPB hide caption 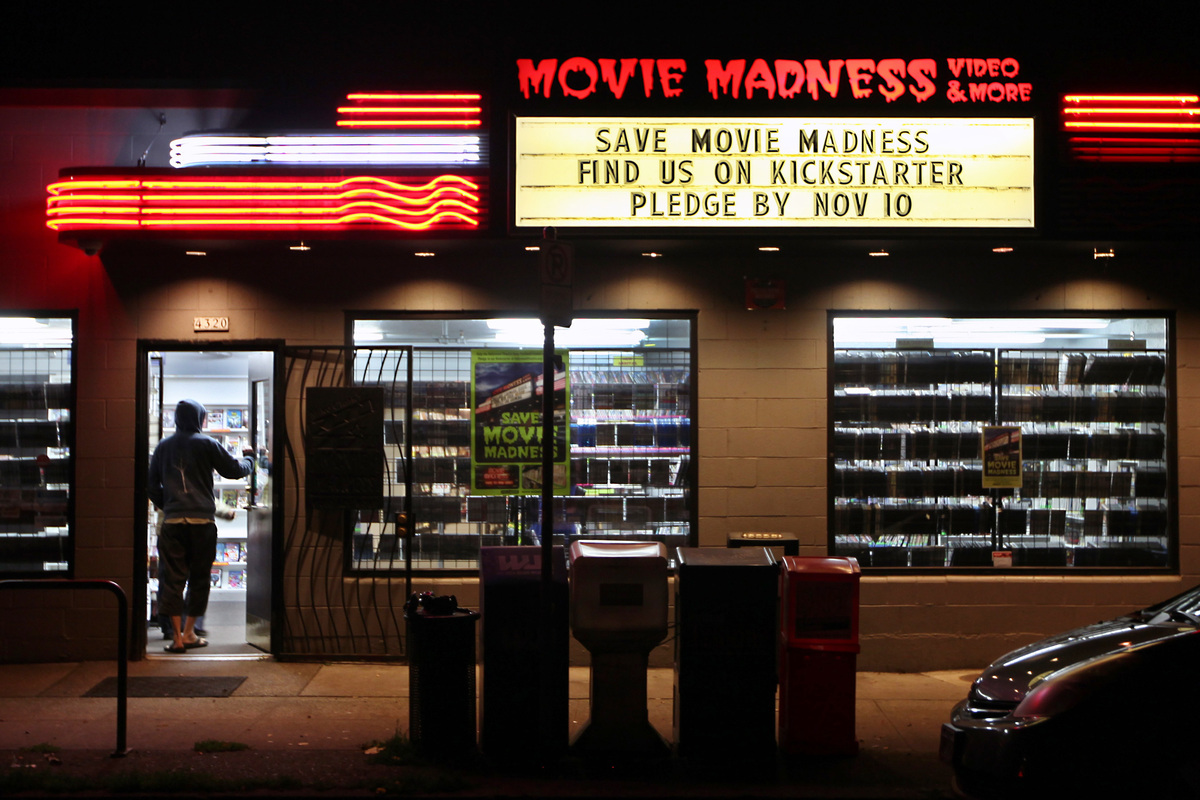 The Portland video store Movie Madness has drawn customers from all over the metro area for 27 years, but now its future depends on transforming into a nonprofit.

Portland's Movie Madness will take you back in time. The walls are lined with movie memorabilia — everything from the actual dress Julie Andrews wore to sing "Do-Re-Mi" in "The Sound of Music" to the knife from "Scream" and the soap from "Fight Club." The labyrinth of aisles arranges some 84,000 films by countries, directors, actors, and genres, which get as specific as Rampaging Teenagers, Childhood Icons Gone Terribly Wrong, and Problems with Rodents.

Owner Mike Clark started Movie Madness in 1991 with 2,000 VHS tapes, after working in the industry himself in Hollywood. He grew the store year after year until 2010, when he says he grossed more than $1 million, thanks in part to the closing of his biggest competition: Blockbuster and Hollywood Video. Along the way, he became a regular at major memorabilia auctions, building a small museum-worth of items.

Now, Clark knows of just one. He says Movie Madness itself is breaking even, although its business is half what it was at the peak.

Last year, the 71-year-old decided it was time to retire, but he didn't want his life's work to go up in eBay smoke. So he approached the Hollywood Theatre, a Portland nonprofit that restored a historic movie theater and turned it into a thriving film center, about buying the store. 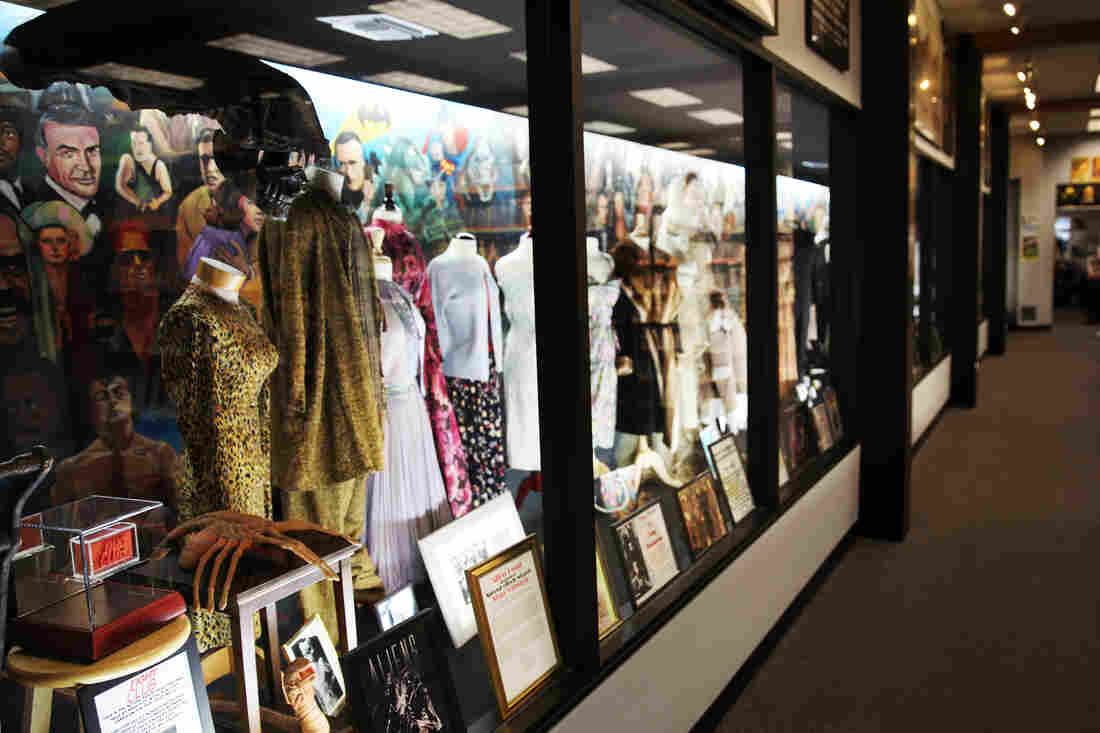 Owner Mike Clark has assembled a small museum of movie memorabilia, including the soap used in the posters for "Fight Club," various creatures from "Alien," and an assortment of costumes from decades of film. Aaron Scott/OPB hide caption 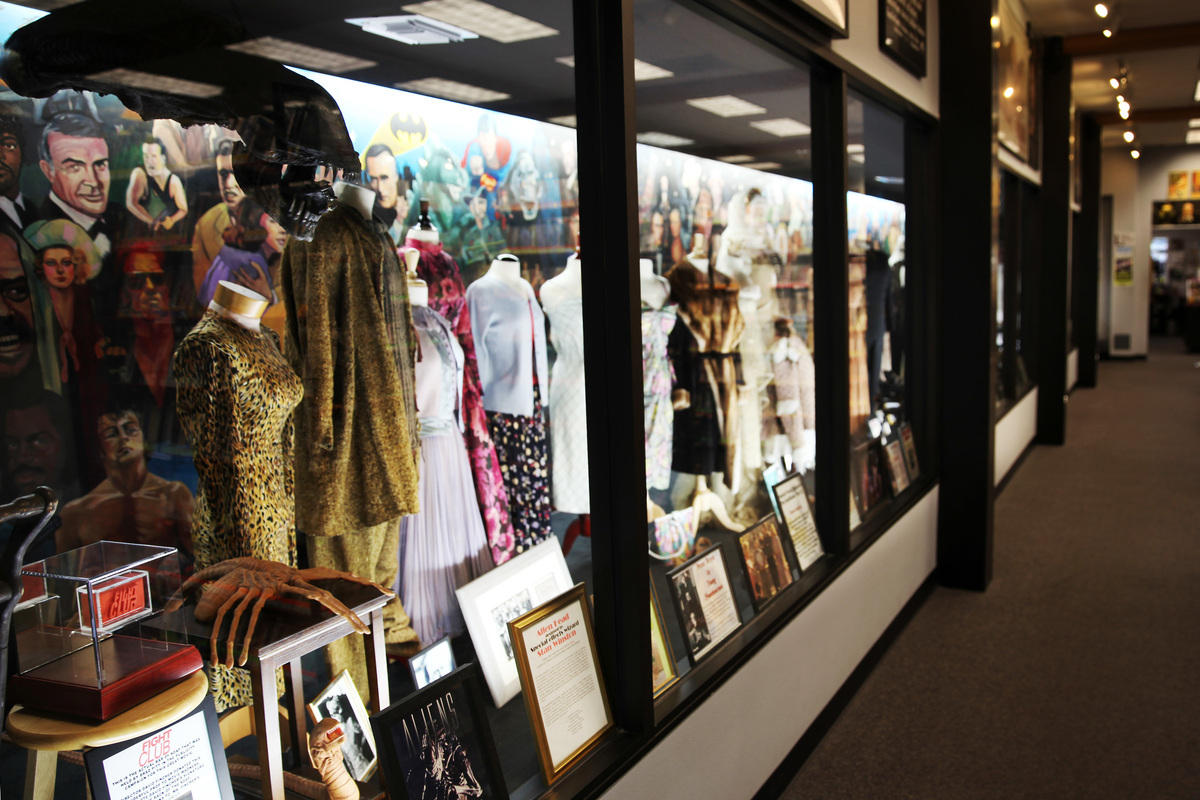 Owner Mike Clark has assembled a small museum of movie memorabilia, including the soap used in the posters for "Fight Club," various creatures from "Alien," and an assortment of costumes from decades of film.

For program director Dan Halsted, who relies on Movie Madness for researching films to program at the theater, they simply couldn't say no.

"It's more than just a video store; it's a film archive — it's the history of cinema in there," he says. "I think there's a misconception right now that movies are all available online, and that isn't the truth at all."

Last year, analysts at the investment bank Barclays calculated that the streaming content — both movies and TV shows — on Netflix, Amazon and Hulu totaled 37,638 titles, less than half of what Movie Madness has. And it's not just obscure films that are missing from the big three. The tracking site All Flicks says Netflix has little more than 250 movies from the entire 20th Century, and that its selection has shrunk significantly in recent years.

Clark offered to sell Movie Madness to the Hollywood Theatre for $250,000, less than half its appraised value. The theater nonprofit decided its best bet was a Kickstarter campaign. Looking for advice, they called a neighbor to the north: Scarecrow Video in Seattle, where a group of employees had formed a nonprofit and raised $100,000 to take over the store from the owners in 2014.

"Once we did the Kickstarter, we started getting calls every month from video stores all over country, and more of them were exploring the nonprofit route," says Scarecrow board president Kate Barr.

Similar nonprofit transformations have happened in Los Angeles, New Haven, and Norfolk, Virginia. Most recently, a collective raised $30,000 to start a collection from scratch and open a new store, Beyond Video, in Baltimore, a city that hasn't seen one since 2014.

The outporing of support in Portland was immediate. The Hollywood Theatre's Kickstarter raised more than $170,000 in just two days.

"This is really something of a deep cultural significance that needs to be preserved," says Barr. "In the same way that we should always be advocating for there to be public libraries, what is really evolving are these video libraries."