Accessibility links
Dan Brown Pits Creationism Against Science In His Latest Novel, 'Origin' Brown has long considered questions about science and faith, leavened with plenty of adventure, of course. In his new novel, he asks whether faith in God (or gods) can survive the advance of science. 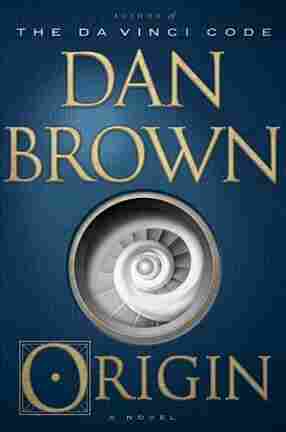 Author Dan Brown has used his books to challenge people with questions of God and faith, all while sending readers on globe-trotting adventures that leave you both dizzy and satisfied. And on those fronts, his latest book, Origin, does not disappoint.

But while readers of his bestselling books The Da Vinci Code and Angels & Demons will once again follow Professor Robert Langdon, Origin covers new ground for Brown. "The novel opens with a futurist," Brown says, "who has made a scientific discovery that he believes will destroy the foundations of world religion. And of course, Robert Langdon, because he has terribly bad luck, is in the wrong place at the wrong time and gets tangled up in that. And the novel also features a character that is artificial intelligence, which I've never written before, and that was a lot of fun to do."

On deciding to explore the big questions

Where are we going, where do we come from, these are issues that are at the core of what is to be human. Every religion on earth tries to answer these questions, and in recent centuries, science has tried very hard to answer these questions. It used to be, we had a huge pantheon of gods and goddesses to describe the natural world, and bit by bit, science began picking away at that ... so the book really asks, what happens when science starts answering the final few questions. Will the gods of today survive?

On his own take on God vs. science

It's interesting, a lot of people think I'm anti-religious. I'm actually quite the opposite. I am not an atheist — I think I'm happily confused and a work in progress; I'm sort of more agnostic. I do think that science has become the lens through which we see the world, more and more. It used to be that the recent earthquakes in Mexico would be seen as punishment by an angry god, and now even the most religious among us would see that as a geologic event, we wouldn't see it as a religious event.

On what dialogue he hopes will spring from this book

Dialogue always takes two points of view, and I'm trying to create characters who argue two points of view. There are religious people in these books, there are scientists in these books. I don't think anyone who reads this book will think that I have a soft spot for creationism. I personally believe that it's shocking in the year 2017 that we can have American congressmen who openly proclaim the earth is 6,000 years old and that the fossil record was put there to test our faith. And because it's a religious idea, not only are we not allowed to question or ridicule it, we are debating whether or not to teach it in our schools. And that's upsetting to me. I really feel that religion does itself no favors by declaring itself immune to rational scrutiny.