Accessibility links
'Stranger Things 2' Fights The Sequel Blues After a highly successful first season, the Netflix monster mystery endeavors to overcome the challenges that have plagued sequels for decades. 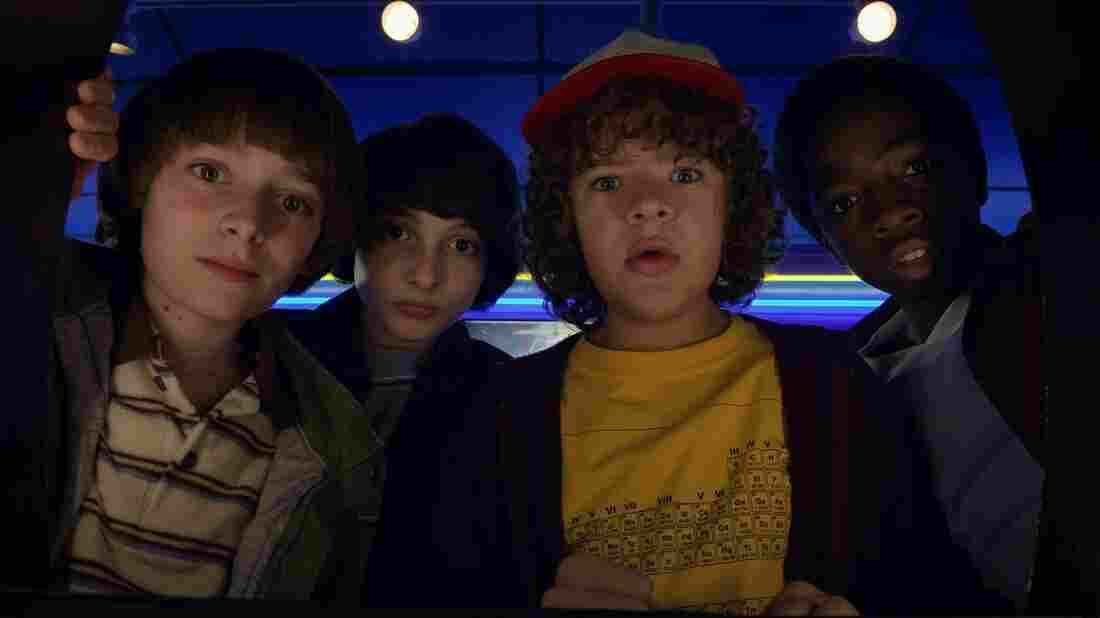 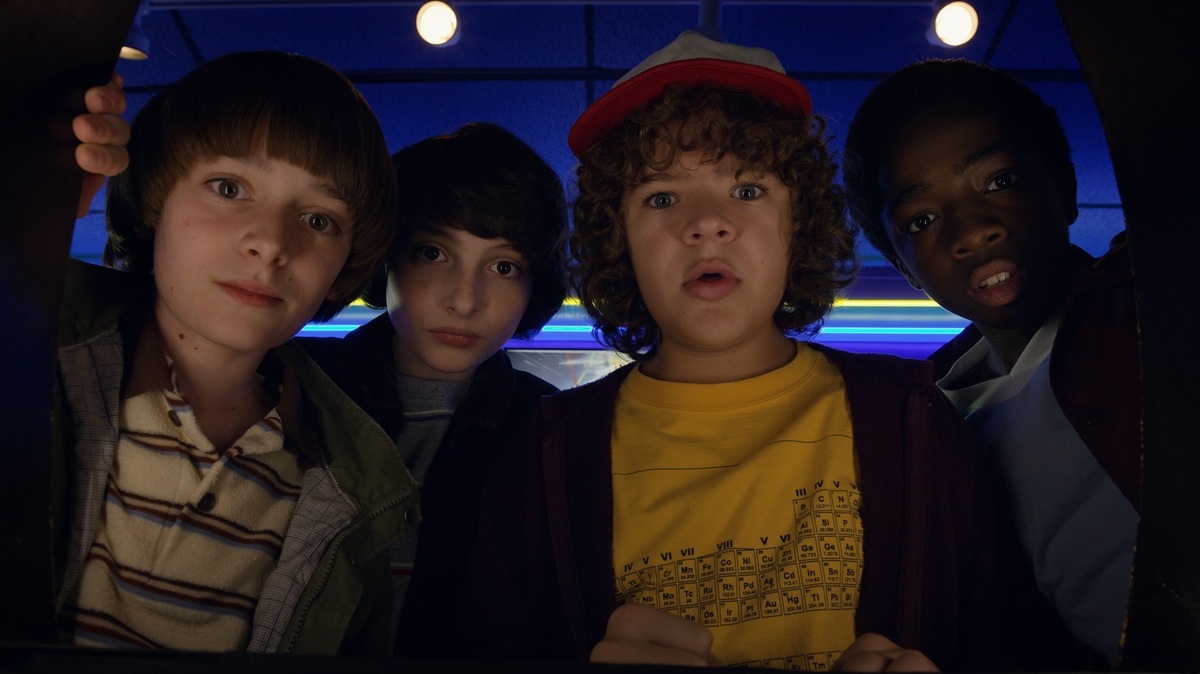 But in this case, calling it Stranger Things 2 brings into focus the challenges inherent in creating a second season of something that seemed like a completed tale to begin with (but for a couple of shots seemingly designed to make a second season possible). Because while much of the second season is stirring and — like the first season — impeccably directed, scored and visualized, the shortcomings are those of your basic narratively unnecessary movie sequel.

The show's first season ended in trauma and sacrifice: in order to rescue Will (Noah Schnapp) from the Upside-Down, Mike (Finn Wolfhard), Dustin (Gaten Matarazzo) and Lucas (Caleb McLaughlin) worked together with Will's mom (Winona Ryder) and Jim Hopper (David Harbour), Will's brother Jonathan (Charlie Heaton), Mike's sister Nancy (Natalia Dyer), Nancy's maybe-a-hero-maybe-a-dope boyfriend Steve (Joe Keery), and the mysterious Eleven (Millie Bobby Brown) to confront evil and defeat it. And while this did bring back Will, it also seemed to result in the loss of Eleven, though in the final moments, it was suggested that she was still out there somewhere.

It seemed to be a complete story. The point was to rescue Will; Will was rescued. If you're to revive it for another run, you have three choices: rescue Will some more, deal with the fallout of rescuing Will the first time, or find a new battle. Not unreasonably, the second season tries some of each.

The strongest beats relate to the consequences of the events that closed the first season. It makes sense that nobody would be unaffected by what happened, and there's some nice work by this excellent cast around how their battle has affected them.

Where it runs into a bit of trouble — and again, this is a common sequel problem — is that there's such a fine line between maintaining the feel and the signature of a show and beginning to repeat its patterns. There are moments in the second season that echo the first story in satisfying ways, but there are also familiar elements that seem obligatory, the way Disney cartoons sometimes seem to have a wisecracking animal pal just because it's expected.

There is much to be grateful for in the work given to the returning cast. Dustin and Lucas have the opportunity to be fleshed out a bit more — which is especially welcome with Lucas, who wasn't given a lot of solo time in the first season to demonstrate exactly what role he plays in what Dustin calls the "party" made up of the boys and Eleven. Perhaps the most unexpectedly successful move on this front, though, is to continue to build out Steve beyond Obstacle Boyfriend, in part by giving him some contact with people besides Nancy to work with. The same wily and nostalgic casting that made Ryder such a good pick (which is not to take anything away from her performance, which earned the praise it received) brings in Sean Astin as a Radio Shack guy in the age of BASIC who dodges most of the cliches it initially seems like he might slip into.

The biggest problem with the season relates to the challenge that the creators built for themselves with the decision to require a sacrifice in what I suppose we're now supposed to call Stranger Things: A New Hope. Playing fair with the fact that battles have consequences was a strength of that ending. But when you build in a separation between the rest of the team and their adored Eleven, you have to then figure out how to handle it. Do you bring her back to them easily, thus weakening the meaning of that sacrifice? Do you strand her far away from them? If you reunite her with the team, how long do you wait?

Without getting into any specifics, the way this challenge is met creates a lot of problems, including the one unambiguous stinker of an episode in either season of the show. Stranger Things 2 does a lot of things right and creates some good moments, but it cannot satisfyingly solve this problem, any more than most high-school shows have ever been able to satisfyingly solve the Graduation Problem. (Shout-out to Beverly Hills, 90210, which just decided to have everybody be juniors twice. It's a really hard problem to solve.)

Nevertheless, it continues to be a show with an unmistakable style, a deft hand with mood and setting and especially music, and very clever cinematography. As I did with the first run, I gobbled all nine episodes in a sitting, despite quite specifically planning not to. Much like the novel The Hunger Games, Stranger Things has a way of placing a punch at the end of every chapter that compels just one more push forward (call it potato-chip TV). For guys who are insistent on treating their series like a film, they're actually very gifted at episodic structure in that sense. It's not perfect, but I bet you watch the whole thing.