Accessibility links
Comey Fesses Up, Claims Ownership Of Suspected Twitter Account Former FBI Director James Comey publicly claimed ownership of a Twitter account Monday and signaled that he is about to rejoin a national conversation. 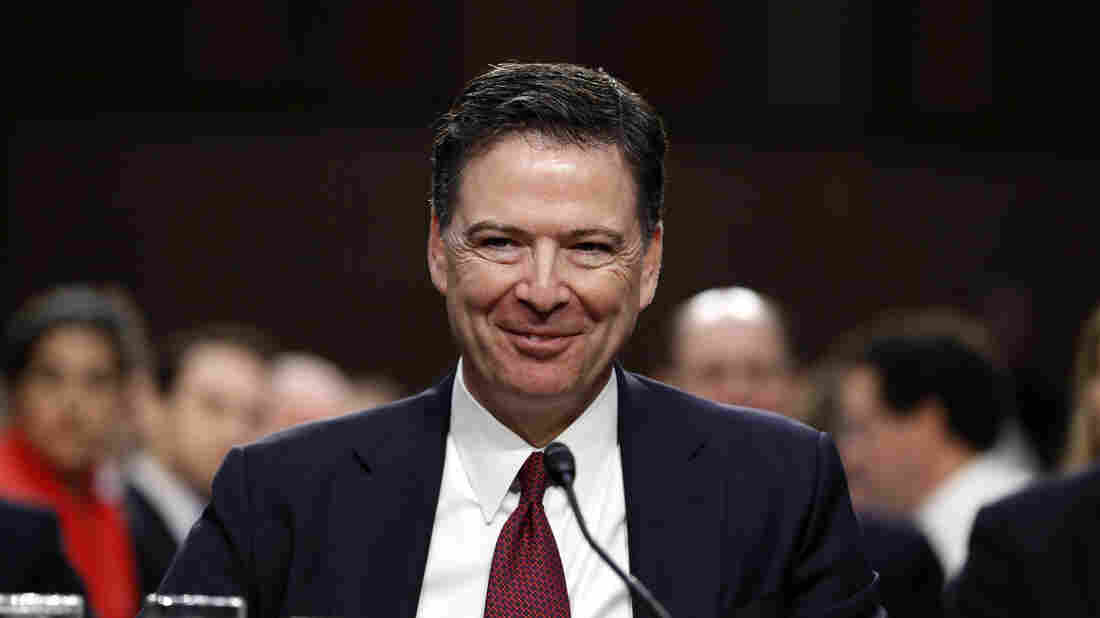 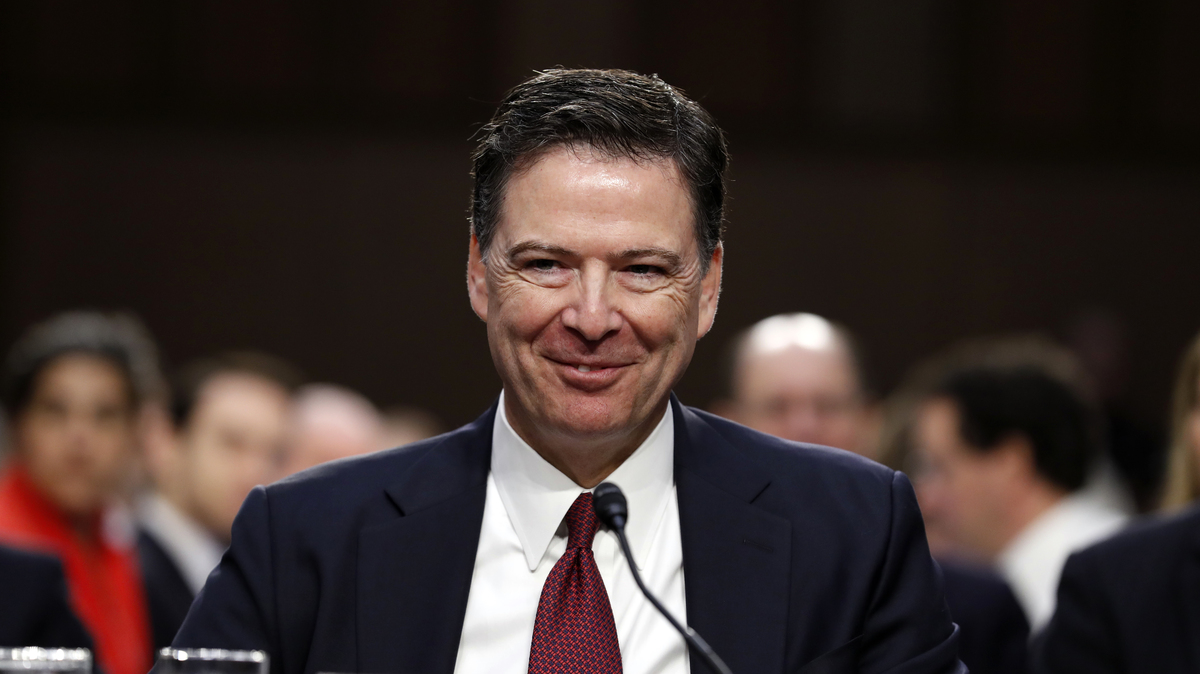 Former FBI Director James Comey, who re-emerged on the public stage Monday through Twitter, appears at a Senate Intelligence Committee hearing on Capitol Hill in June.

Update at 3:05 p.m. ET: The Des Moines Register reports Comey was in Iowa for a family party.

Former FBI Director James Comey, who has cultivated a low public profile since his surprise firing last May, confirmed Monday that he is the author of a Twitter account that was previously anonymous — and signaled that he is going to rejoin the national conversation.

Comey tweeted an image of himself standing alone, along the roadside in Iowa, writing, "On the road home. Gotta get back to writing. Will try to tweet in useful ways."

Goodbye Iowa. On the road home. Gotta get back to writing. Will try to tweet in useful ways. pic.twitter.com/DCbu3Yvqt3

Earlier this year, a reporter for Gizmodo traced the Twitter account to Comey, after doing what she described as "four hours of sleuthing." The account, under the pseudonym "Reinhold Niebuhr," takes the name of a well-known theologian about whom Comey wrote an undergraduate thesis at the College of William & Mary.

Another clue: The account is now called @FormerBu, for former, um, bureau. Last week, the account posted two public tweets — an image of a kayaker at West Point, and a photo from Little Round Top, in Gettysburg, Pa., with the line, "Good place to think about leadership and values."

Little Round Top, Gettysburg. Good place to think about leadership and values. pic.twitter.com/o1cKBXrLCl

Until Monday, however, Comey had not formally acknowledged he was the man behind the account.

True to form, the more creative minds on Twitter took things farther afield. "Darth," a prominent and playful figure on the social media site, noted his presence in Iowa — wearing running shoes — and added a Nike swoosh and the words, "he's running." A lot of political reporters took notice of those facts, too.

Comey served as the top federal prosecutor in Manhattan, deputy U.S. attorney general, and the top lawyer at Lockheed Martin before being named to run the FBI by President Barack Obama. He was abruptly fired by President Trump in May, who said he was thinking about the Russia investigation when he made his decision.

After Controversy Over Condolence Calls, Can Trump And The White House Refocus?

He has never occupied elected office, although many of his friends and former colleagues are pushing the idea.

Other Twitter users replied to Comey with their own special requests.

Tweeting a copy of the Presidents tax returns would be *super* useful, ya handsome string bean of justice.