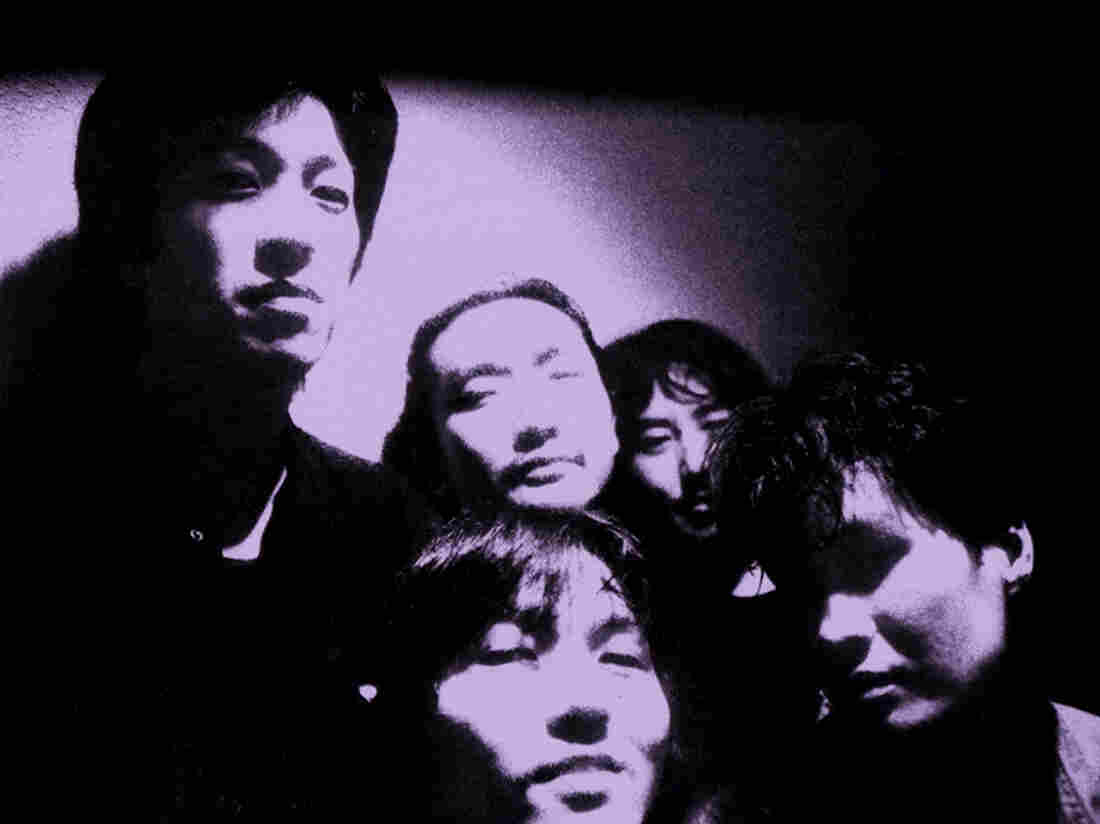 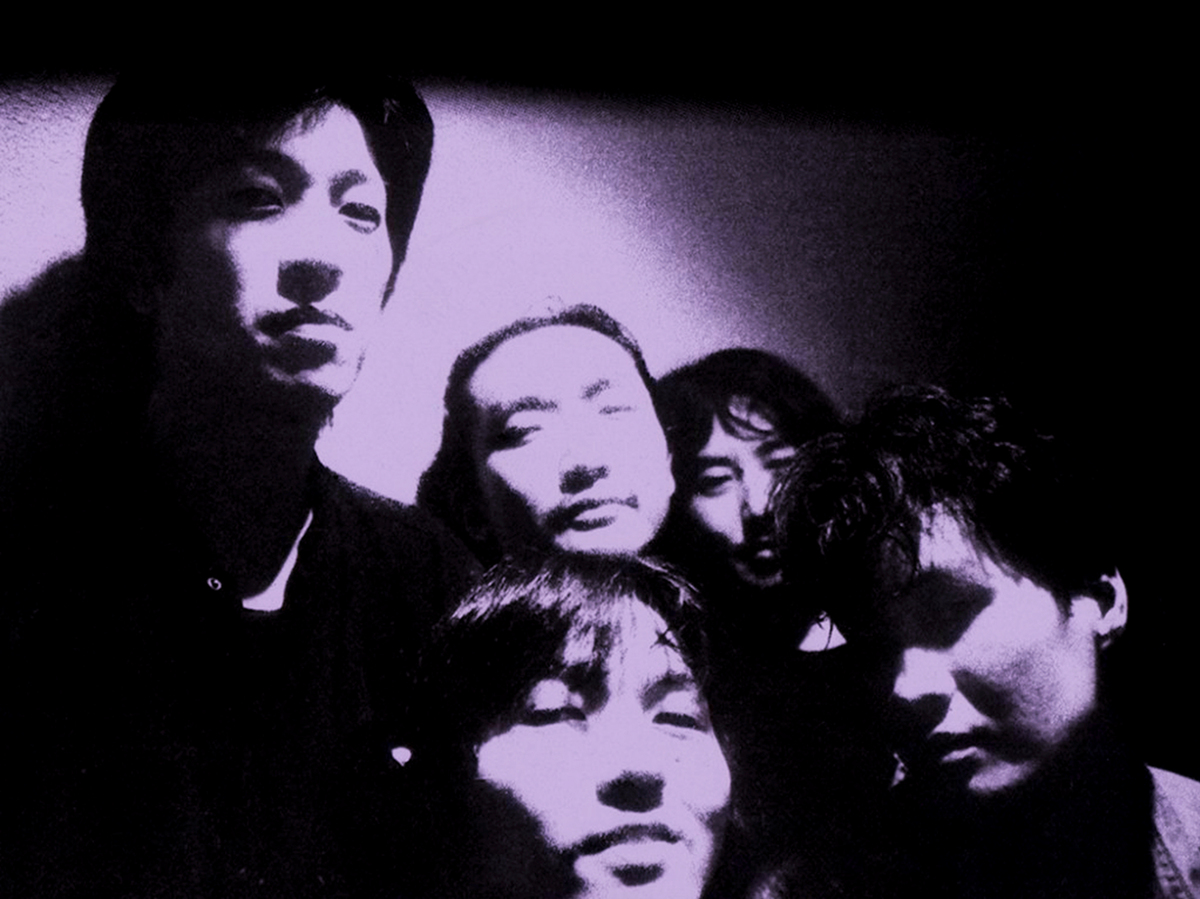 Modern Music was a small independent record shop located in the Meidaimae neighborhood of Tokyo, where from 1980 through its closure in 2014, a revolution against mainstream music was mounted. Its owner, Hideo Ikeezumi, who passed away earlier this year, made certain that Modern Music was well-stocked with releases that reflected his own panoramic tastes. A recently-published memoir, by White Heaven vocalist You Ishihara, recounts his own personal history with the store, recalling that Ikeezumi would place orders directly with labels and artists from around the world, making his outlet the only place in Japan that carried those releases. Like many influential stores of its kind around the world, Modern Music was at the junction of art and commerce, bolstered by support from local musicians and customers who treated it as a hub of social networking and musical discovery.

Ikeezumi quickly recognized the listening habits of his clientele, and tied it to his support of Tokyo's fringe scenes of underground music from local and regional artists. These discoveries pointed towards a new, scorching strain of psychedelic and free-improvisational music that was emerging, and too iconoclastic to pass muster in any professional music industry context. He dragged that passion over the line when he founded his label P.S.F. (an abbreviation for the phrases "Poor Strong Factory" as well as "Psychedelic Speed Freaks") out of the store, catering to Japanese artists who fulfilled precisely what he was looking for.

"[Given] the overwhelming amount of information in our society ... we are forced to make fine distinctions between music that fits and music that does not," read the liner notes to P.S.F.'s 1991 compilation, Tokyo Flashback. "The latter is excluded, held under water until it expires."

P.S.F. releases were a core part of my own developing notions of what music could be. In 1993, while volunteering at a Pittsburgh college radio station, I discovered the label's CD reissue of High Rise's II. That album sliced through my teenage mind with the efficiency of an electric knife, and made almost every other example of rock music adjunct to its blistering power. High Rise sounded like a band unlocking a newfound threshold to what a studio recording could accomplish; louder, more direct, and more aggressive than anything I'd ever encountered. In their travails through the cycles of psychedelic garage rock, High Rise never took their foot off the gas, and once I heard rock music mulched through the monolithic lawnmower of their approach, I could never unhear it. A bar I wasn't aware of had suddenly been raised impossibly high.

The underlying goals of Ikeezumi's actions with the store, P.S.F., and the magazine G-Modern that chronicled their actions, soon fell into place. His activities allowed him to facilitate cross-scene introductions between its participants that may not have otherwise existed, forming the conduit to unify these pockets of activity, to realize collaborations between scenes and genres, and to spread them around the world. His actions were the impetus that drove Peter Kolovos and Steve Lowenthal to create Black Editions, a new reissue imprint established to revivify the entire P.S.F. catalog on vinyl, piece by cathartic piece. "[Ikeezumi] was a truly visionary man; he had a remarkable ear and an ability to identify truly new and exciting currents in music," recalls Kolovos, from an obituary and P.S.F. label overview published by NPR Music earlier this year. "Against great odds and out of nothing more than a love of the music, he greatly expanded the world he lived in ... to include us."

In 1991, with then-new debuts by White Heaven and Ghost just issued, Ikeezumi unleashed Tokyo Flashback, featuring eight artists championed by P.S.F. The collection is the logical starting point for exploration into the label's catalogue, and forms Black Editions' flagship release. Live excerpts by High Rise and Marble Sheep and volcanic inversions of traditional hard rock forms by Fushitsusha and Verzerk lacerate the proceedings, soothed by the mournful elegies of Kousokuya and the spectral folk-psych wander of Ghost.

Seven more volumes of the series would follow, but one particular act would embody the essence of Tokyo Flashback over the years. "There is no other group in Japan like White Heaven," its liner notes read. "No other band that has absorbed and digested the essence of psychedelic music to such an extent, and that transcends the genre to create a unique sense of presence and originality."

"Blind Promise" makes good on such lofty praise, crashing in on four dissonant, tom-heavy bars, the shape of the track's twisted, rock-forward visage quickly coming into focus. Carried by the whammy-bar wizardry of guitarist Michio Kurihara, who steers a primal two-note bassline and grungified main riff with peals of shred, "Blind Promise" finds him treating his rig like a six-stringed Tesla coil, with arcs of complementary melody piercing the track like lightning bolts, a freedom unthinkable outside of his hands.

Critics were quick to point out the similarities between his style of controlled, bucking feedback and those of John Cipollina, of '60s Bay Area psych pioneers Quicksilver Messenger Service. But Kurihara had the advantage of growing up in the shadow of his influences, informed by the energy of punk rock and the newness of forms in its wake. In that, White Heaven was capable of pushing the music further than their progenitors could have imagined. At no point does "Blind Promise" – or really anything in White Heaven's catalog – coast on the performative properties in its music. Theirs was a hard-edged, yet curiously accessible salvo into the psychedelic canon, extending the conversation that its originators began with an authoritative furor.

Beginning its journey in 1985, White Heaven soldiered on until 1997. Kurihara would continue on as a member of Ghost, as well as post-White Heaven outfit The Stars, and collaborated extensively with Japanese genre-hoppers Boris, and Galaxie 500 rhythm section Damon & Naomi. P.S.F. would continue its path of altruism in the avant-garde, working with many of the artists featured on Tokyo Flashback for the duration while chalking up some 240 releases in its history, among them the very first album by Acid Mothers Temple. The doors of the "Poor Strong Factory" have since been shuttered, but Black Editions has seen to it that the wide array of adventurous sounds that came out of it will find appreciative ears in the decades to come.

Tokyo Flashback is out now via Black Editions.