Accessibility links
Fresh Headache For Murdochs: Bill O'Reilly Got Raise After Secret Payout The Murdoch family decided to keep host Bill O'Reilly on the air even after pledging to clean house at Fox News over a larger sexual harassment scandal. 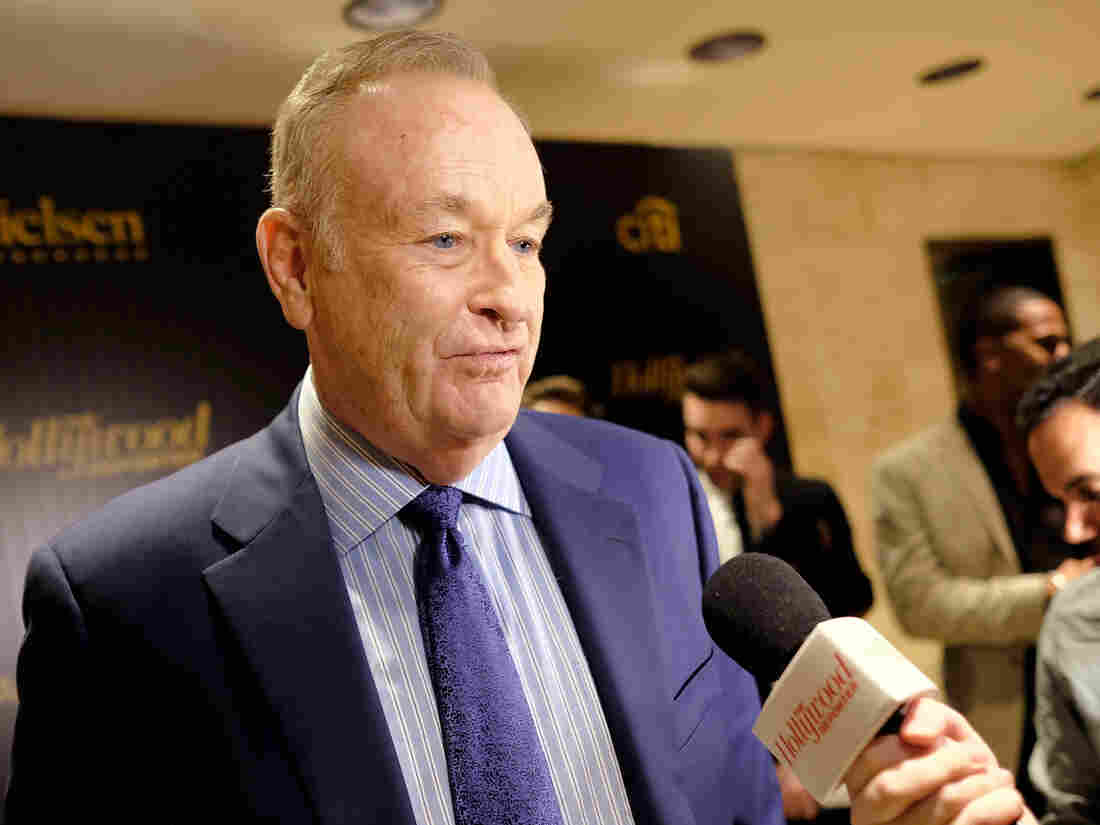 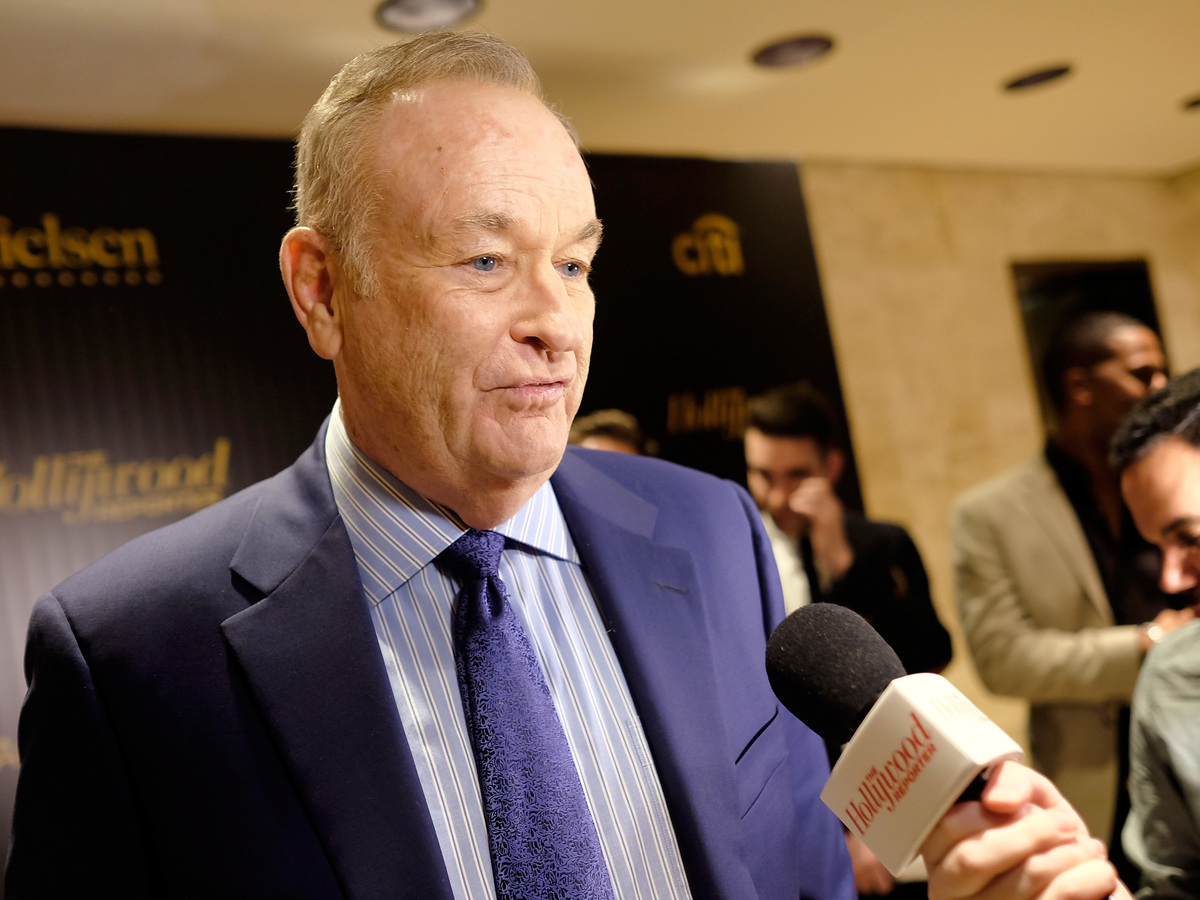 Bill O'Reilly wants you to know it's all lies, driven by ideology, personal animus and professional jealousy.

Since The New York Times reported this weekend that he had agreed to a $32 million settlement to silence a longtime colleague's accusations of sexual harassment back in January, O'Reilly has been brawling to defend his already deeply tarnished reputation.

O'Reilly's former bosses at Fox News and parent company 21st Century — and especially for the Murdoch family that controls both — are fighting to contain fallout on multiple fronts. The Murdochs signed O'Reilly to a contract extension a month after their star host agreed to the secret payout — and despite knowing of at least four earlier instances in which he settled with women over sexual harassment dating back to 2004.

All three Murdochs — Rupert and his sons Lachlan and James — have made pledges to reform the culture of Fox News. The late Roger Ailes, the propulsive force behind Fox News, was bought out as chairman last year after Carlson, Kelly and others accused him of sexual harassment. A host of network executives were forced out over the ensuing year for their ties to Ailes and perceptions they had enabled abusive behavior. The Murdochs paid O'Reilly $20 million to leave in the spring after several previously unknown settlements with women came to light. The network also forced out host Eric Bolling.

And yet Kelly devoted the opening minutes of her Monday morning show to an extended argument that Fox had not done enough.

On her show, Kelly just about set out a roadmap for prosecutors, arguing Fox had betrayed a pattern of hiding allegations through payments and threats, and retribution against those women who spoke up. "This has to stop," Kelly said on NBC. "The abuse of women, the shaming them, the threatening, the retaliation, the silencing of them after the fact."

O'Reilly's spokesman, Mark Fabiani, sent a statement to NPR calling the Times' reporting a "diatribe ... designed to embarrass Bill O'Reilly and to keep him from competing in the marketplace." The statement also repeated O'Reilly's frequent claim that no co-worker has ever filed a complaint against him with the network's human resources or legal divisions. O'Reilly also released handwritten thank-you notes from Carlson and Kelly, and claimed he had helped them throughout their careers.

"Any fair-minded person can start to formulate a picture here," O'Reilly said on former Fox News host Glenn Beck's radio show Monday. "All I can hope for is that the American people will see that this is an attack on me for political purposes. It has done enormous damage to me and my family."

Carlson and Kelly have both questioned the sincerity of the network's past human resources and legal officials. Kelly also pointed to Fox's chief publicity executive, Irena Briganti, as a corporate enforcer. (21st Century Fox issued a brief statement backing Briganti, saying she was a valued colleague who had the company's full support.)

In a draft of a lawsuit, former Fox News legal analyst Lis Wiehl alleged O'Reilly had sexually harassed her over an extended period, sent her gay pornography, and that they had a "nonconsensual sexual relationship." That troubling phrase was not further defined. O'Reilly agreed within weeks to the $32 million settlement, the Times reported. Wiehl signed an affidavit attesting she had no complaints against either O'Reilly or Fox News.

Officials for 21st Century Fox released a statement hailing the changes at Fox News and saying it was not aware of the amount of money involved in the settlement. The Murdochs were aware, however, of the nature of Wiehl's allegations when they re-signed O'Reilly to a new multi-year contract with a raise. The company said any network would have done the same given O'Reilly's position. (He was the top rated figure in cable news for years before his departure.)

"I've never heard of two employees reaching their own agreement and then the employer turning a blind eye to how much it was settled for," said employment lawyer Douglas Wigdor, who is representing 22 people suing Fox News for a variety of charges. He won a confidential settlement from O'Reilly last year for Fox News commentator Juliet Huddy after she alleged the host had sexually harassed her.

As the Times also reported, the general counsel for parent company 21st Century Fox, Gerson Zweifach, warned his colleagues that he might have to disclose the settlement between O'Reilly and Wiehl. He wrote in an email that federal prosecutors would view that development as relevant to their investigation. Prosecutors have asked questions about activities of the network's former president, chief attorney, financial officer, and the current public relations chief, according to two people knowledgeable about the process. It appears intent on probing the extent of actions taken by Fox officials toward women who say Ailes sexually harassed them.

In addition, 21st Century Fox is fighting in the U.K. for regulatory approval of the takeover of the more than 60 percent of the European satellite television company Sky that it does not already control. The value of the deal stands currently at more than $15 billion. But the British culture minister has delayed and expanded the review process, due to the sexual abuse scandal, the network's handling of the Seth Rich story, and incidents of illegality and bribery at the Murdochs' newspapers in that country.

Regulators are now assessing more broadly the family's leadership. The Murdochs rewarded O'Reilly with a new contract and a raise after learning of the Wiehl settlement. That suggests the Murdochs were willing to give O'Reilly a sixth chance on sexual harassment, just six months after ousting their chairman for the same transgression.