Accessibility links
House Republicans Launch New Investigations Into Clinton Email Probe, Uranium Deal Democrats charge that the investigations "appear aimed at diverting attention away" from the focus on Russia's interference in the 2016 election. 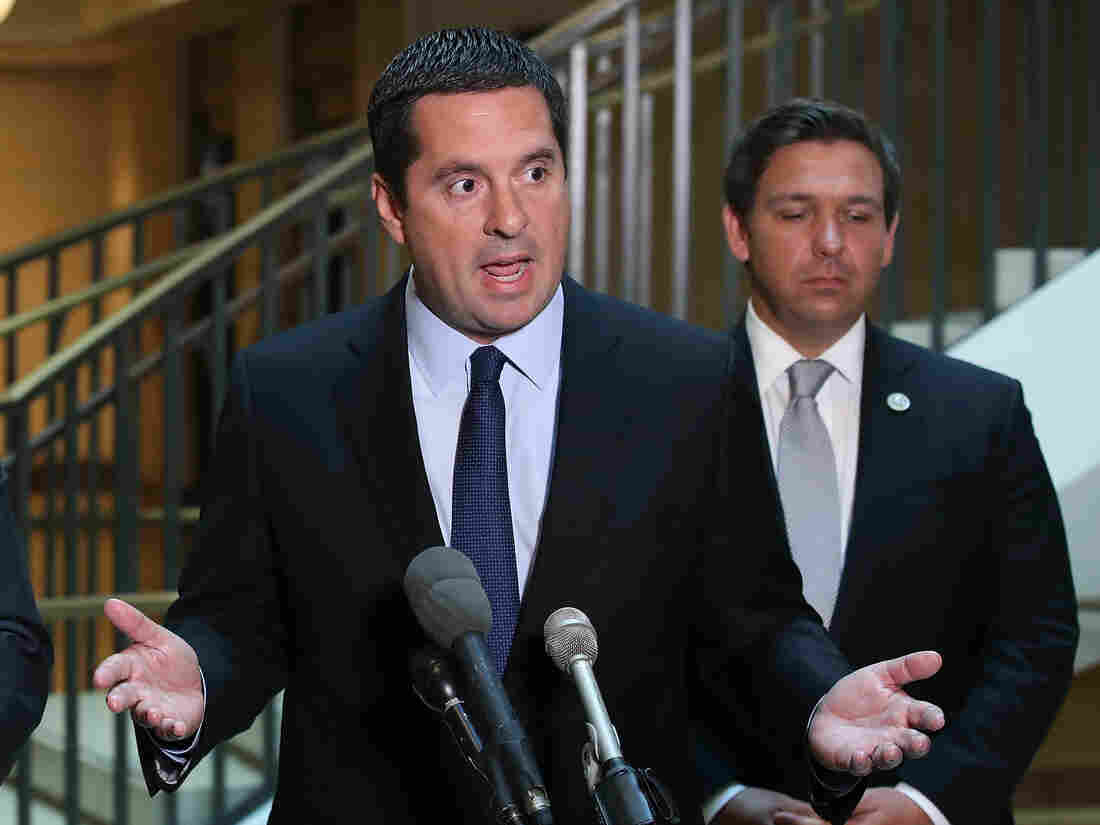 House Intelligence Committee Chairman Devin Nunes, R-Calif., speaks while flanked by and Rep. Don DeSantis, R-Fla., as he announces that his committee and the House oversight committee are starting an investigation into a 2010 deal between Russia and the Obama Administration. Mark Wilson/Getty Images hide caption 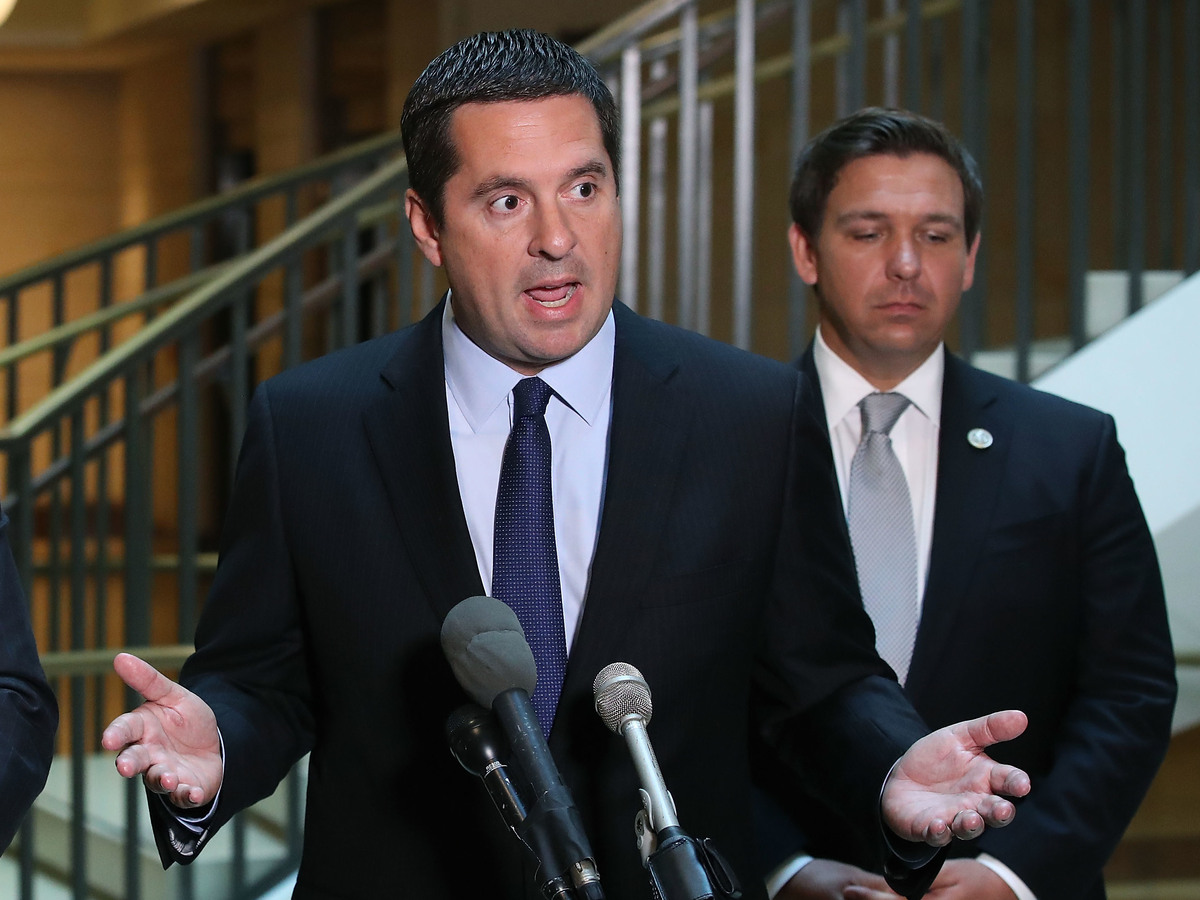 House Intelligence Committee Chairman Devin Nunes, R-Calif., speaks while flanked by and Rep. Don DeSantis, R-Fla., as he announces that his committee and the House oversight committee are starting an investigation into a 2010 deal between Russia and the Obama Administration.

House Republican leaders on Capitol Hill said they were launching two new investigations into Hillary Clinton on Tuesday, keeping alive a pair of storylines that have fueled anger with the party base.

One is a project aimed at looking into the FBI's decision not to prosecute Clinton for her use of a private email server while she was secretary of state. Less than an hour later, the chairman of the House Intelligence Committee said he would look into Clinton's role in a 2010 uranium deal that became a favorite attack line by then-candidate Donald Trump.

Intelligence Committee Chairman Devin Nunes, R-Calif., said he wants the committee to find out what role Russia played in the agreement, in which a U.S. government panel that included Clinton, then secretary of state, gave the green light to the sale of a uranium mining company to a Russian one.

Clinton's enemies later charged that Clinton's foundation received "pay for play" donations from Russians in the matter, a claim that fact-checkers have debunked.

For Trump, however, the case was made: "Remember that Hillary Clinton gave Russia 20 percent of American uranium and, you know, she was paid a fortune," Trump said at a campaign rally in October 2016. "You know, they got a tremendous amount of money."

Hillary Clinton was secretary of state at the time of the deal, and The New York Times reported in 2015 that the Clinton Foundation had received donations from leaders involved in the deal.

But as The Washington Post Fact Checker noted last year, "There is no evidence Clinton herself got involved in the deal personally, and it is highly questionable that this deal even rose to the level of the secretary of state."

For conservatives, however, this is one of a number of outstanding claims against Clinton they've demanded be resolved. Trump has sometimes joined in, even complaining about Attorney General Jeff Sessions' decision not to prosecute Clinton.

That's one reason why, also Tuesday, House Judiciary Committee Chairman Bob Goodlatte, of Virginia, and House Oversight Chairman Trey Gowdy, of South Carolina, announced a joint inquiry by their committees to investigate the FBI's handling of the Clinton email investigation last year, including the FBI's decision-making "in respect to charging or not charging Secretary Clinton"

"Acting on the urging of the president who has repeatedly denied the intelligence agencies' conclusions regarding Russian involvement in our election, they are designed to distract attention and pursue the president's preferred goal – attacking Clinton and Obama," said Rep. Adam Schiff of California, the ranking Democrat on the House Intelligence Committee.

Trump's longtime attorney Michael Cohen was in the Capitol Tuesday to answer questions from the House Intelligence Committee in private, and social media companies are expected to testify on Russian influence in a pair of open hearings next week.

Nunes has been out of the mix for much of this year after he said he would recuse himself from the House Intelligence Committee's Russia investigation. Complaints were filed with the House Ethics Committee over a flap in which Nunes tried to help Trump and the White House.