Accessibility links
More Americans Head Into The Wild Unprepared For ... The Wild It's easier now to find places to hike and camp, but rescuers say people are showing up in wildlands unprepared, without the right equipment or skills. 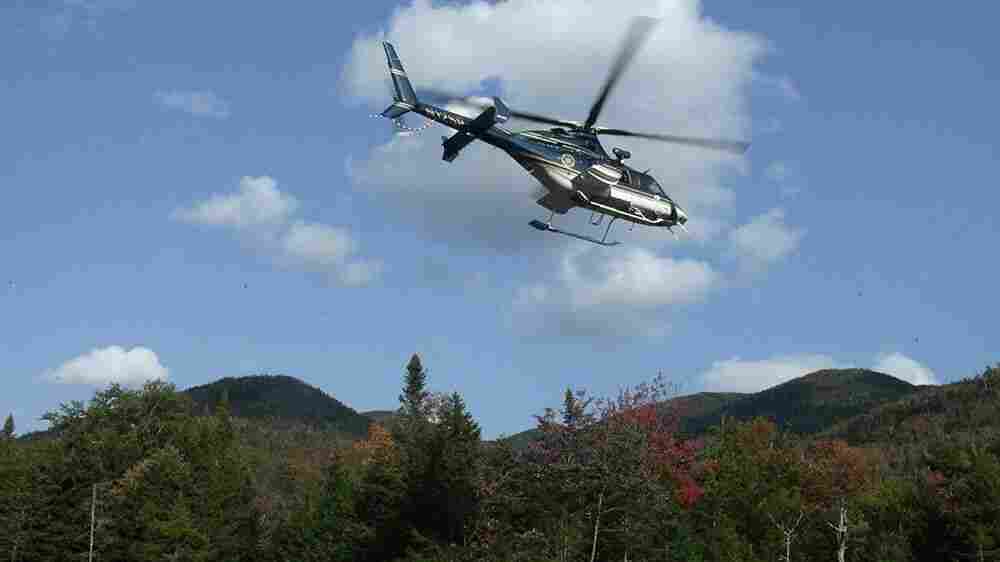 A New York state police helicopter lifts off from a stream valley below Indian Pass, shuttling forest rangers and their equipment in and out of the wilderness. Brian Mann/NCPR hide caption 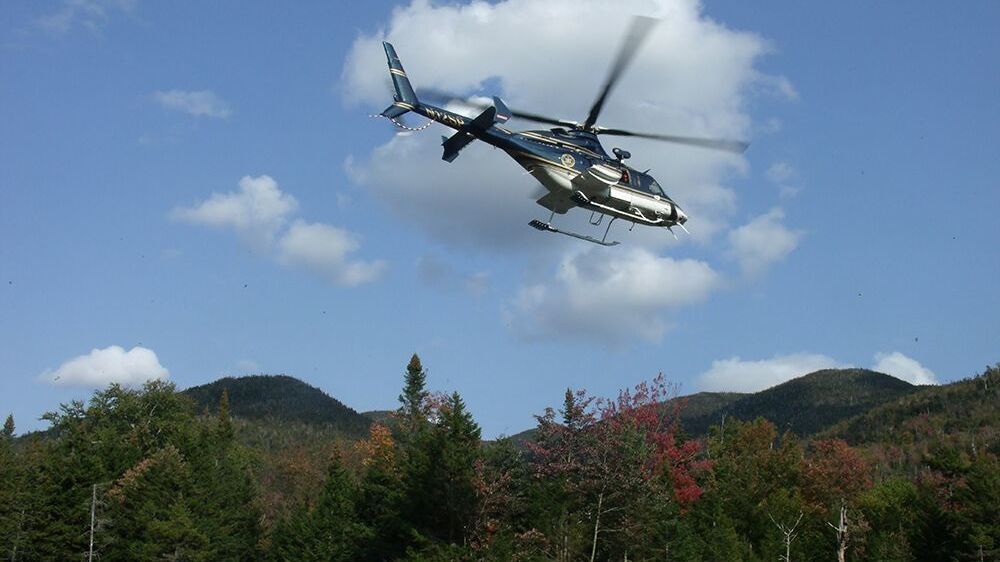 A New York state police helicopter lifts off from a stream valley below Indian Pass, shuttling forest rangers and their equipment in and out of the wilderness.

On a fall day in New York's Adirondack Mountains, a helicopter swept over a bog as state forest rangers scrambled below over rocks and muddy streams. It was a bright afternoon in one of the most beautiful landscapes in America, but this was a search for yet another missing hiker. A 28-year-old New Jersey man named Alex Stevens had vanished into this vast wilderness nearly two weeks earlier.

"He's not very well prepared, I want to be real clear about that," said New York state forest ranger Lt. Brian Dubay, briefing reporters at the search command post. "We believe any warm clothing he thought he had, we consider to be inferior."

Here's the good news. A lot more Americans are getting out to hike and camp. State and national parks are booming. But there's a big downside. More people are showing up in wild lands unprepared, without the right equipment or skills. They're getting lost or hurt and that's putting new pressure on first responders.

10 Tips To Stay Safe In The Wild

New York's forest rangers mounted roughly one search and rescue operation a day last year and they're keeping an even busier pace this year. While searching for Stevens, Dubay's crews kept getting other calls, one of them really serious. Another hiker had fallen on a nearby mountain. "They have uncontrolled bleeding and they're having trouble walking," he reported.

The result of this increased pressure is exhaustion and burnout. "Does that run us out of people?" Dubay said. "Yeah. I used one half-tired ranger and another extremely tired ranger to go and mitigate another incident."

Across the U.S., many search and rescue teams and park managers report the same thing — more people hitting trails but also more people turning up without the gear or knowledge needed to be safe. "Thirty years ago, it took a little bit of work to find out where to go, looking up guidebooks, calling park services, getting a magazine," said Dennis Lewon, editor-in-chief of Backpacker magazine.

These days, Lewon, says, people find out about a beautiful mountain or a canyon hike on Facebook or Instagram and they just head out, without doing research or networking with more experienced hikers. Often their only real piece of safety equipment is a cell phone, which he says a lot of hikers actually use too quickly. They call 911 in situations where they could probably get themselves out of trouble. "They're just calling for help because they can," he said. 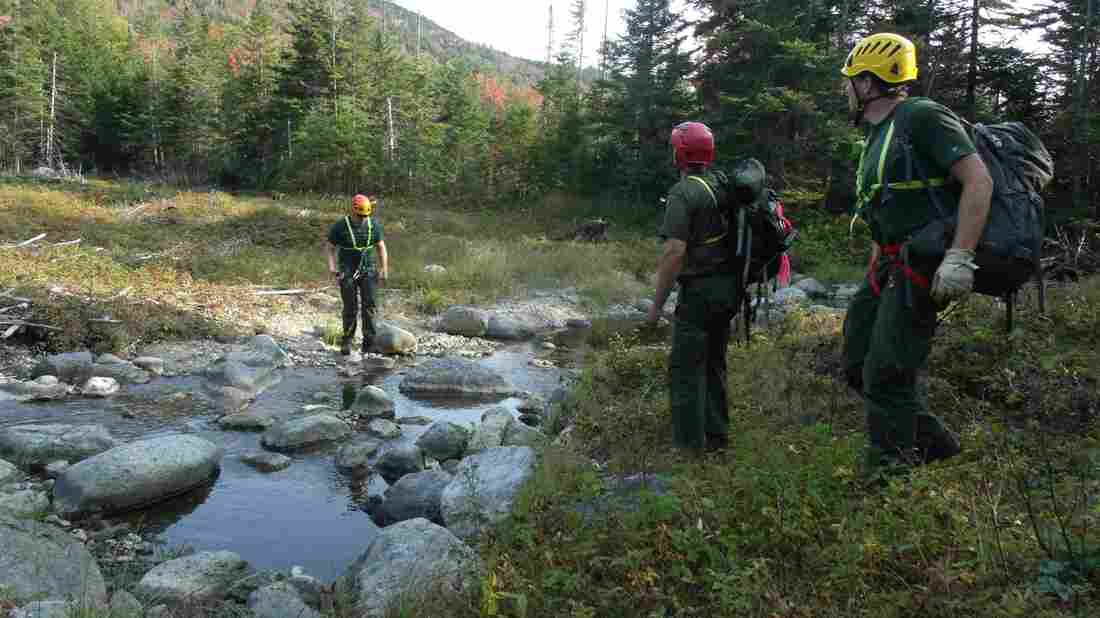 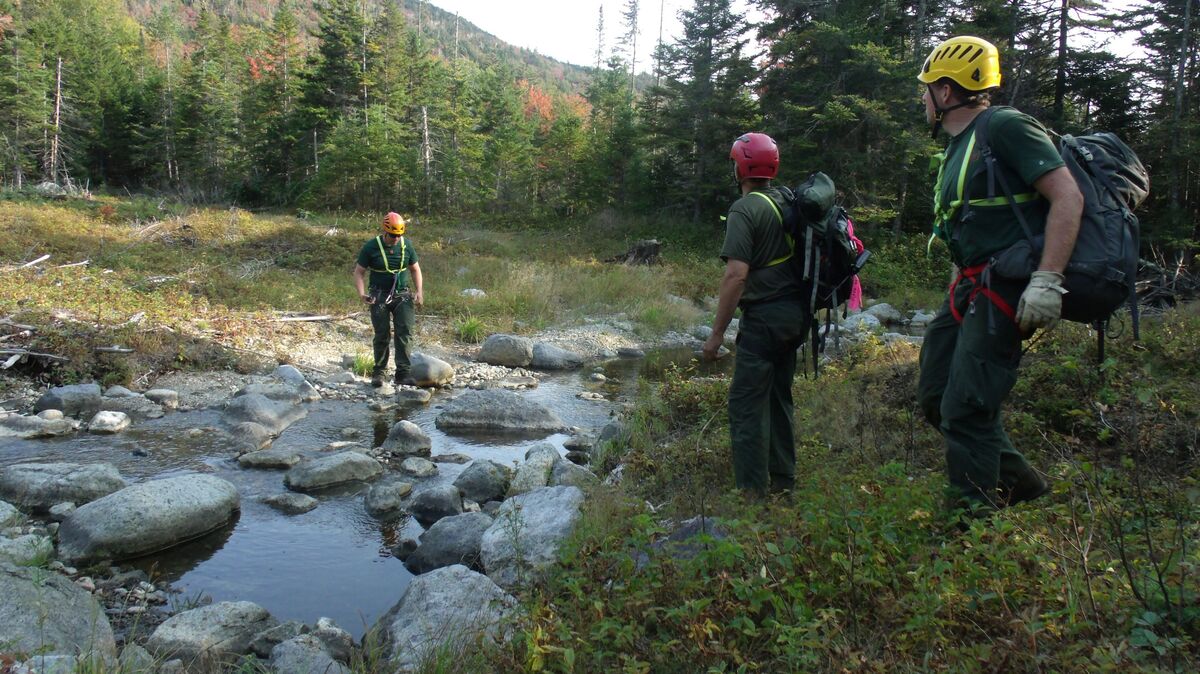 The pace of rescues is daunting. Yosemite alone sees about 250 search or rescue operations a year. A study of New Hampshire's White Mountains by the Boston Globe last year found hikers going missing every couple of days. Another trend: a surge of day hikers lost in parklands located close to cities.

"You can be at Red Rock Canyon, 20 minutes away from the Last Vegas Strip," said Brian Zink with Red Rock Search and Rescue, a volunteer group in Nevada with more than 200 members. Volunteers like them handle a lot of these backcountry emergencies nationwide. Zink says people head out thinking wildlands will be like a city park. They get turned around or run out of daylight.

His teams worked two cases last week. "Three friends went out for a hike, no food, no water; they got lost and actually had to be airlifted," Zink said, describing one of the incidents. "People don't plan ahead."

There's no central database of information on how often emergencies happen on state and federal lands, or how many people are injured or killed. NPR was able to confirm a surge of missing and injured hikers in some parts of the U.S., but the data is localized. What's clear is that many first responders say they're overwhelmed, worn out.

"Obviously it's been a very busy summer," said Brian Dubay, the forest ranger in New York's Adirondack Mountains. "We've been lucky a lot this summer that we've had just enough people to get done what we needed to do and everybody did it safely."

He means that none of his rangers or volunteer searchers were injured — but not everyone got home safe. In the Adirondack Park alone, nearly a dozen people died in the backcountry this summer.

That unprepared hiker from New Jersey, Alex Stevens, didn't make it. He was found dead from exposure near a mountain summit.

You can read Brian Mann's 10 tips for staying safe in the wilderness here.

Previously posted on Oct. 27: In the audio, as in an earlier Web version of this story, Dennis Lewon is incorrectly referred to as Dennis Lawson.