Accessibility links
'Ghosts Of The Tsunami' Examines The Disaster That Haunts Japan Richard Lloyd Parry looks at the aftermath of Japan's 2011 tsunami in this brutally honest new book, which refuses to mitigate the full horror of the events with feel-good recovery stories.

'Ghosts Of The Tsunami' Examines The Disaster That Haunts Japan

'Ghosts Of The Tsunami' Examines The Disaster That Haunts Japan 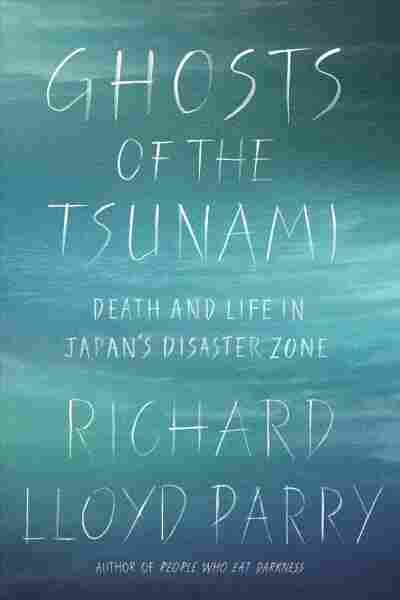 Ghosts of the Tsunami

It's easy to send thoughts and prayers and move on if you're not among those whose lives were altered by the storms. But natural disasters continue to destroy lives long after the damage is done. In his new book Ghosts of the Tsunami, author Richard Lloyd Parry considers the aftermath of the 2011 Japanese tsunami, which took thousands of lives, and which haunts its survivors to this day. It's a wrenching chronicle of a disaster that, six years later, still seems incomprehensible.

Parry, a British journalist based in Japan, was in a Tokyo office building when the earthquake that spawned the tsunami struck, causing the structure to emit "a heart-sickening noise suggesting deep and mortal distress, like the death sound of a dying monster." It wasn't until later that he saw video of the tsunami that hit the Tohoku region of Japan: "Something is moving across the landscape as if it is alive, a brown-snouted animal hungrily bounding over the earth. Its head is a scum of splintered debris; entire cars bob along on its back."

After the tsunami was over, Parry traveled to Tohoku to survey the incredible damage the tidal wave left in its wake. "The scenes along four hundred miles of coast that morning resembled those of Hiroshima and Nagasaki in August 1945, but with water substituted for fire, mud for ash, the stink of fish and ooze for scorched wood and smoke," he writes. One witness tells him living through the tsunami felt like "the whole world was collapsing — it was like the special effects in a film about the end of the world."

Some of the most brutal damage took place at Okawa Elementary School, which was essentially destroyed by the wave; the faculty's failure to evacuate the school led to the deaths of 74 children and 10 teachers. The families of the dead students were enraged at the faculty's inaction, and Parry condemns the school's staff for their lack of planning: "A group of unexceptional men had failed dismally. They didn't even try very hard to deny their failure, just to contain it within manageable bounds."

Any writer could compile a laundry list of the horrors that come in the wake of a disaster; Parry's book is not that. He takes his readers deep into Tohoku, "a remote, marginal, faintly melancholy place, the symbol of a rural tradition that, for city dwellers, is no more than a folk memory." Many in the region practice ancestor worship, treating the dead and the objects that represent them with veneration; the tsunami destroyed their altars and photographs, leaving families spiritually battered and doing "appalling violence to the religion of ancestors," Parry writes.

The stories Parry tells are wrenching, and he refuses to mitigate the enormity of the tsunami with false optimism or saccharine feel-good anecdotes.

The tsunami caused over $200 billion in damages, but the money seems like nothing when compared to the psychic injuries it inflicted. Parry writes about the survivors with sensitivity and a rare kind of empathy; he resists the urge to distance himself from the pain in an attempt at emotional self-preservation. The result is a book that's brutally honest, and at times difficult to read. "A tsunami does to human connectedness the same thing that it does to roads, bridges, and homes," he writes. "And in Okawa, and everywhere in the tsunami zone, people fell to quarreling and reproaches, and felt the bitterness of injustice and envy and fell out of love."

Ghosts of the Tsunami is a brilliant chronicle of one of the modern world's worst disasters, but it's also a necessary act of witness. The stories Parry tells are wrenching, and he refuses to mitigate the enormity of the tsunami with false optimism or saccharine feel-good anecdotes. Above all, it's a beautiful meditation on grief, which, he writes, "doesn't resolve anything, any more than a blow to the head or a devastating illness. It compounds stress and complication. It multiplies anxiety and tension. It opens fissures into cracks, and cracks into gaping chasms." The chasms created by the Japanese tsunami are still there, six years later, and they probably always will be.