Accessibility links
JFK Files: Government Releasing Some Of The Records, Withholding Others The vast majority of what's being held secret is at the request of the FBI and CIA. The White House is establishing a six-month review process for those remaining records. 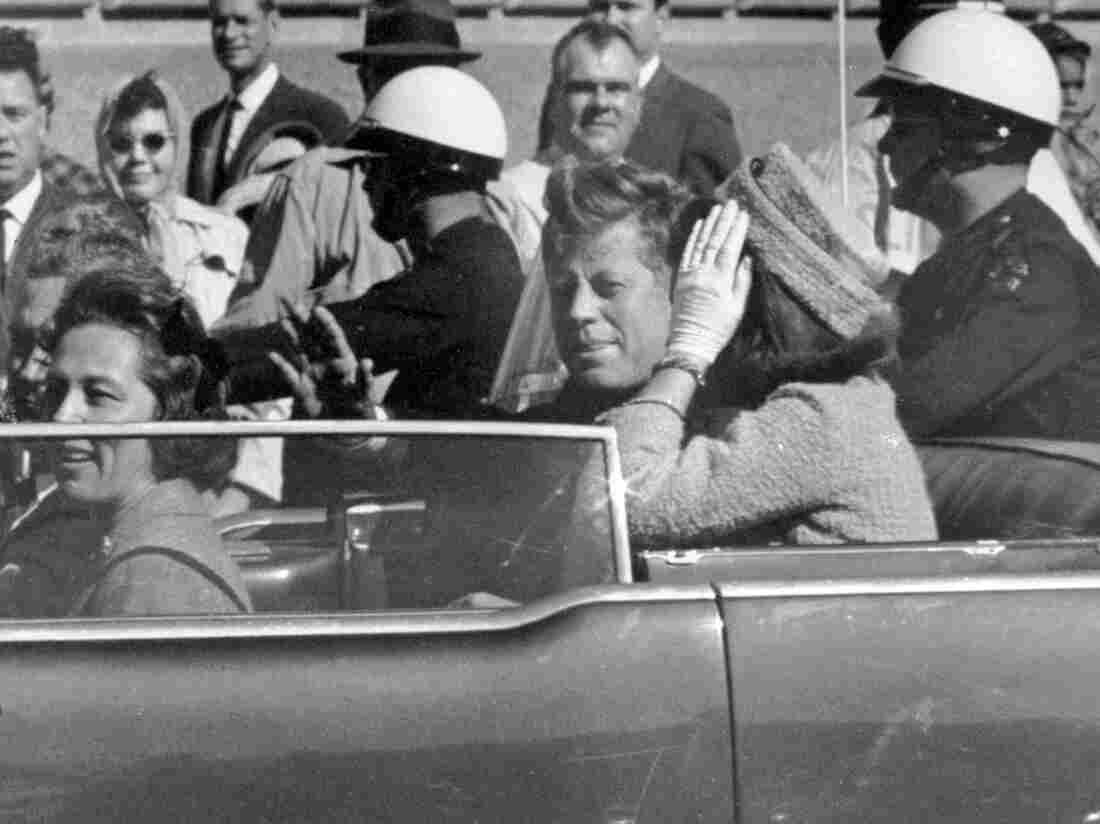 The National Archives has released a batch of government files on the Nov. 22, 1963, assassination of President John F. Kennedy in Dallas. Jim Altgens/AP hide caption 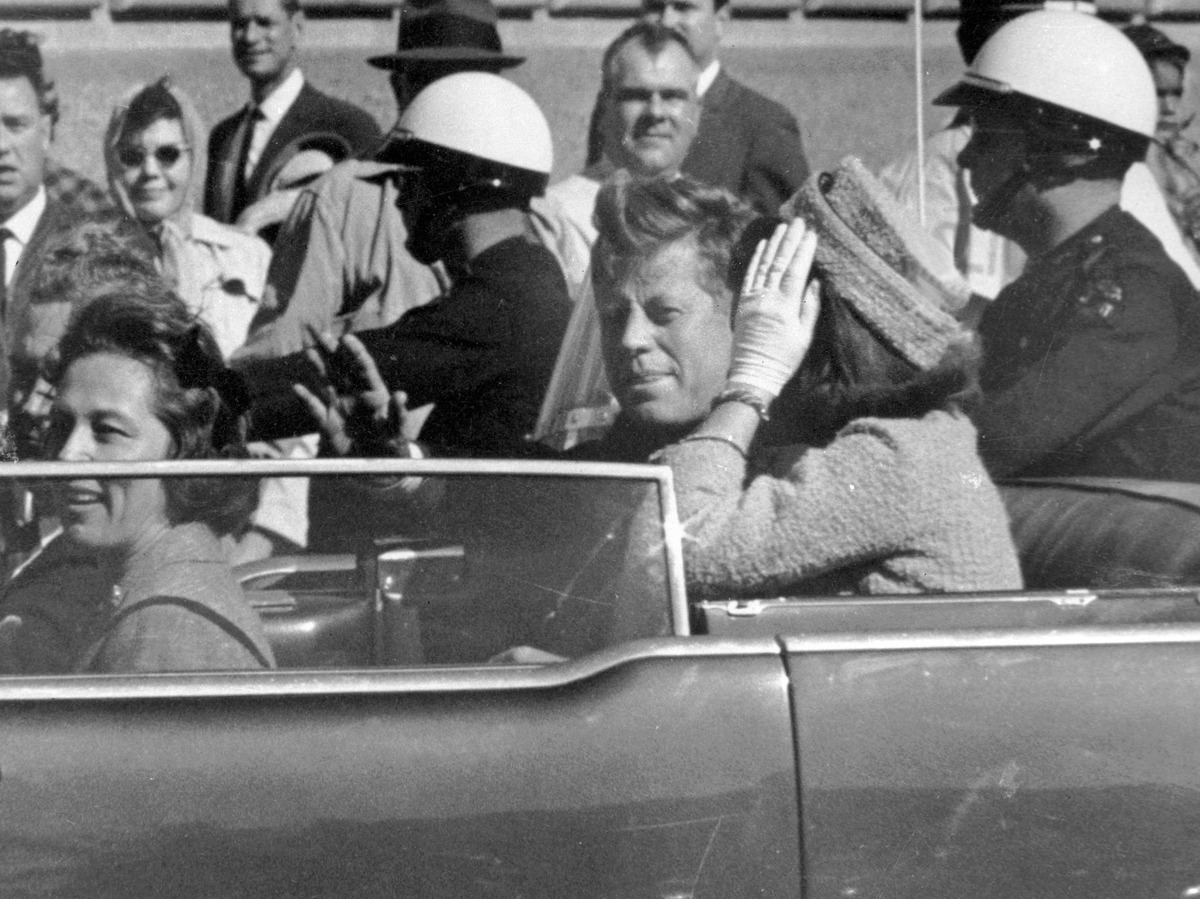 The National Archives has released a batch of government files on the Nov. 22, 1963, assassination of President John F. Kennedy in Dallas.

The National Archives has published more than 2,800 records related to the assassination of former President John F. Kennedy. Journalists and history aficionados are digging through the files to see what — if any — new information can be gleaned.

Earlier Thursday, President Trump had issued a memo to executive agencies ordering the release of the records.

The files are among the last to be released by the National Archives under a 1992 law that ordered the government to make public all remaining documents pertaining to the assassination. There has long been a trove of conspiracy theories surrounding Kennedy's death in Dallas on Nov. 22, 1963, including doubts about whether assassin Lee Harvey Oswald acted alone, as the Warren Commission determined in its report the following year.

Other files are being withheld owing to what the White House says are national security, law enforcement and foreign policy concerns. The vast majority of what's being withheld is at the request of the FBI and the CIA.

The remaining redactions are going be reviewed over the next 180 days, and any not sufficiently demonstrated to need withholding will be released on April 26, 2018.

Following Oliver Stone's 1991 film JFK, which posited several theories about the assassination, Congress approved the law, forming the Assassination Records Review Board. It required the government to release all its files on the assassination in 25 years, unless doing so would harm national security, giving the president authority to block the release.

President Trump had indicated he would not stand in the way and in fact tweeted on Wednesday, "The long anticipated release of the #JFKFiles will take place tomorrow. So interesting!"

The long anticipated release of the #JFKFiles will take place tomorrow. So interesting!

Trump sent that message while flying to Dallas' Love Field, the airport where Kennedy landed just before he was shot.

Trump had been urged by his friend and adviser Roger Stone to allow the release. Stone has promoted the conspiracy theory that Kennedy's vice president and successor, Lyndon Johnson, was behind the shooting, though there is no reliable evidence to support that.

But CIA Director Mike Pompeo had been arguing for a further delay, according to Stone, who told the website InfoWars — which promotes various unfounded conspiracy theories — that the documents "must reflect badly on the CIA even though virtually everyone involved is long dead."

The Washington Post reported that a National Security Council official said government agencies were urging Trump to block some of the files from being released.

A pair of GOP lawmakers have been pushing for a full release.

"After 54 years, there is no reason, for the sake of honesty and integrity in America, that the facts of the JFK assassination should not be made public," Rep. Walter B. Jones, R-N.C., said in a statement announcing legislation introduced earlier this month calling for a full release. "Virgil once said, 'Evil is nourished and grows by concealment.' It's time to reveal what happened that awful afternoon in 1963," he added.

Companion bills were introduced in the House and Senate by Jones and Sen. Chuck Grassley, R-Iowa, the chairman of the Senate Judiciary Committee.

It's unclear whether the files released on Thursday will quell the remaining doubts or add to the skepticism. A 2013 Gallup Poll found only 30 percent of Americans believe Oswald acted on his own, with theories about other actors ranging from the CIA to the Mafia to Fidel Castro.

Who Were You When JFK Was Shot?

During the 2016 presidential campaign, Trump himself accused the father of Sen. Ted Cruz, R-Texas, of associating with Oswald, citing a cover run by the National Enquirer tabloid.

Most of the newly released files are believed to be CIA and FBI documents.