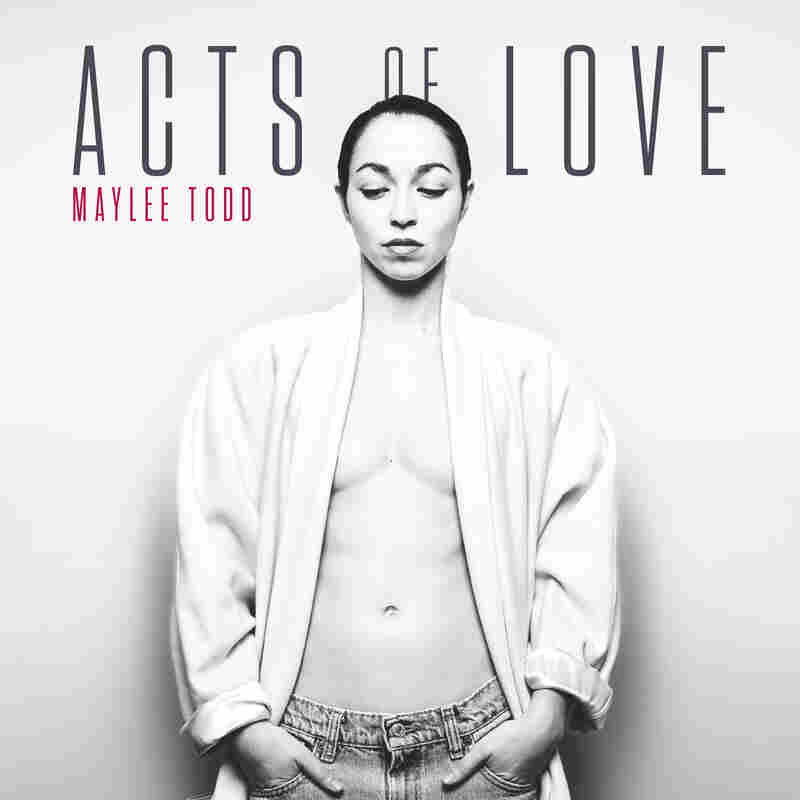 Artists who veer from their previous work stylistically often make the case that the new sounds or postures they've embraced are truer to their artistic identities and intentions than anything they've done before. We've heard it from Miley Cyrus, both when she indulged in hip-hop-accented rebellion and when she invoked countrified groundedness this year, not to mention from a glam-renouncing Lady Gaga and a pop-rock-shedding, soul-obsessed Kelly Clarkson.

But Toronto's Maylee Todd seems free from concerns about trying to present a stabilized musical self on her coolly beguiling third solo album, Acts of Love. Nor does she seek to elevate her music-making above her other forms of creative expression, performance art and 3-D projection mapping among them.

"I like that I'm constantly evolving and changing," she explains in a mini-doc. "It kind of gives me a nice excuse, so I don't have to be defined as one thing."

"I can cop out at anytime," she continues with a delighted, impish laugh, "because I'm like, 'Look at me. I have so many dynamics.'"

A singer, songwriter and multi-instrumentalist of Canadian and Filipino descent, she's experimented with the harp, fronted a throwback soul and funk outfit, and executed choreography with her backup singer. It's telling that she described her earlier album Escapology as being "built on soul music"; an artist convinced of the need to tether an identity to a static set of influences might have put it differently. In that same interview, she also spoke of nurturing a more electronically-inclined musical alter ego: "It's an altogether different process, which ends up exercising new creative muscles."

That past experimentation served Todd well. She learned the ins and outs of synthesizers and sequencers — this handheld, checkerboard-like device, for one — in order to be able to produce all 17 tracks of her new album in her home studio, with only minimal contributions from other musicians.

It's not for nothing that she's called it a "bedroom record." She makes her way from sleek, downtempo R&B, occasionally suggesting the sophistication of Sade, to chilly industrial dance-pop, all the while beckoning the listener into an intimate space where daydreams can go undisturbed, physical and emotional attachments can be mulled over and private desires can be articulated. (Some of these songs were first presented as part of an immersive touring installation that Todd titled "Virtual Womb." The audience entered the planetarium-style experience through a fabric sculpture representing her vulva, marking it as visceral space, indeed.)

The fetching wispiness of Todd's delivery blurs the lines between solitary mooning and an invitation to draw close, whether she's murmuring reassurance (see: "I Got My Life") or playfully deploying the cooing and moaning of disco divas like Donna Summer (see: "Disco D**** 5000"). When Todd takes up the subject of systemic gender inequality, as she does in "From This Moment" — a track built around a brittle loop, whole-note keyboard chords, and a robotic, fluttery vocal sample — she's thoroughly conversational about it. "How do I say this?" she sighs. "It's a man's world. It's hard to move on this earth as a girl." From the rapt, synth-pop exploration of alternate consciousness on "Virtual Life" to the rhythmic R&B ballad "Part Time Lover," with its declaration of malleable expectations, and "Goat Wut U Need," a racy exploration of coupling set to an insistent, mechanistic groove, Todd conveys an openness to possibilities that's exhilarating.