Accessibility links
Congress Paves Way For Tax Legislation By Passing Budget Resolution The Senate-approved resolution passed the House narrowly on Tuesday, 216-212, with 20 Republicans voting no and House Speaker Paul Ryan even having to cast a rare vote to help ensure its passage. 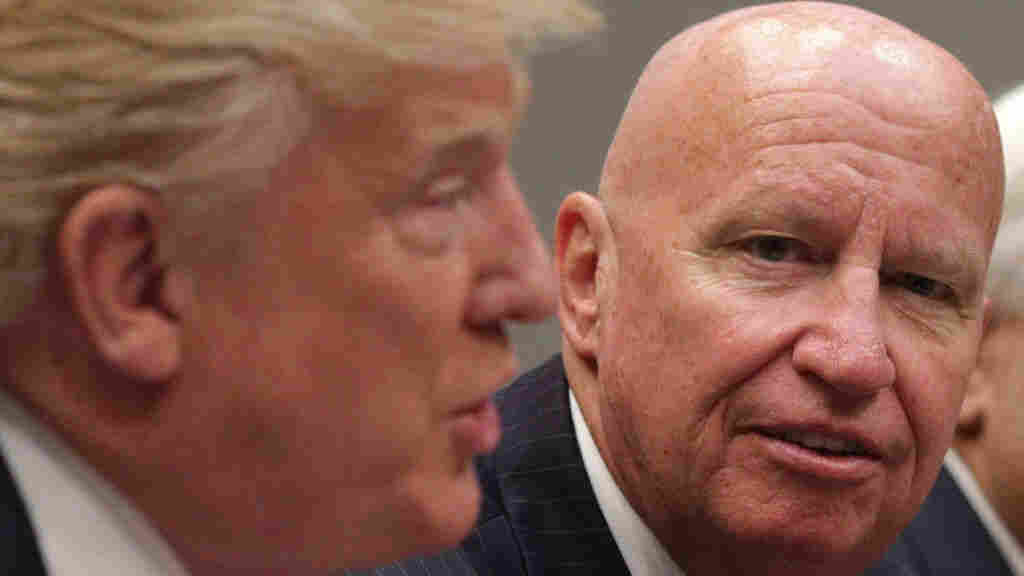 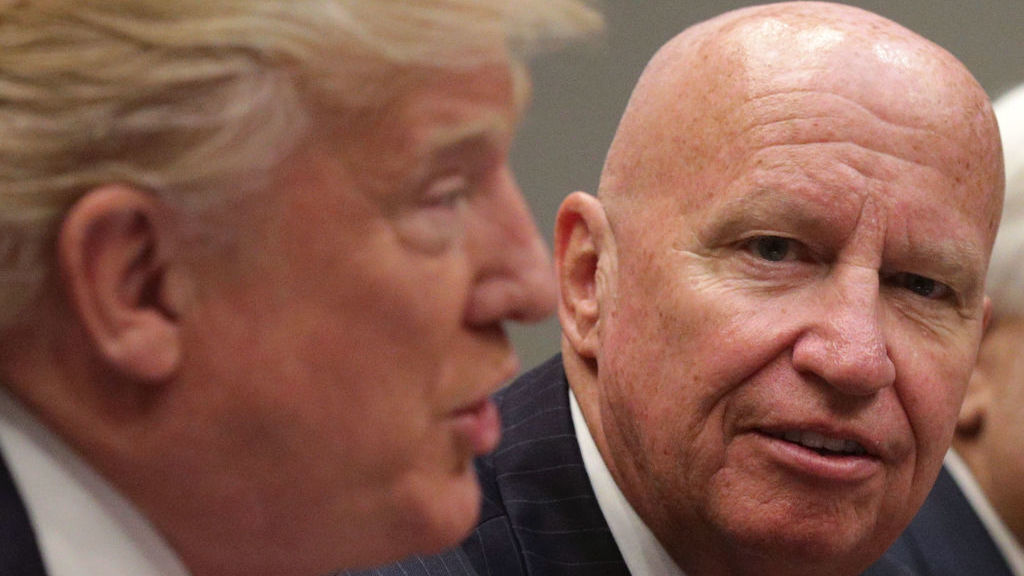 President Trump participates in a meeting with members of the House Ways and Means Committee, including committee Chairman Kevin Brady, R-Texas, in September.

Congress has approved a joint budget resolution, a critical step to paving the way for major tax legislation later this year.

The Senate-approved resolution passed the House narrowly on Thursday, 216-212, with 20 Republicans voting no and House Speaker Paul Ryan, R-Wis., even having to cast a rare vote to help ensure its passage.

The budget does not have the force of law and does not need President Trump's signature. But it does formally authorize a process that will allow Republicans to write a tax bill that needs only 50 votes to pass the Senate, circumventing the threat of a filibuster from Democrats since Republicans hold 52 seats.

Republicans plan to release their tax bill next Wednesday, with a stated goal of passing it by the end of the year. After many legislative setbacks this year, including failure to deliver on their long-held promise to repeal and replace the Affordable Care Act, Trump and Republicans are hungry for a signature legislative victory ahead of the 2018 midterms.

But this close vote and defections from GOP members show just how difficult that process will be. When the Senate voted last week on the budget blueprint, Rand Paul, R-Ky., was the lone Republican dissenter, citing concerns that it allows for tax legislation that adds up to $1.5 trillion to the deficit.

The specifics of the tax plan won't be known until it is unveiled next week, but the White House has pledged the average American family could see $4,000 in tax relief — a dubious claim.

And some of the Republicans who voted against the blueprint on Thursday cited worries that any tax overhaul could put current deductions for state and local taxes in jeopardy. Those were mainly members from states like New York and New Jersey, where taxpayers tend to benefit more from being able to deduct relatively high state income taxes.

Trump has tried to block sharp limits on deductions for 401(k) contributions, which are tax-deferred up to $18,000. But House Ways and Means Committee Chairman Kevin Brady, who oversees the tax writing process, hasn't made the same promise as he negotiates ways to reduce the impact on the deficit of tax rate cuts for corporations and individuals.

Speaking after the vote, Ryan said, "This budget that we just passed in the House today brings us one step closer to historic tax reform. That means more jobs, fairer taxes and bigger paychecks for Americans."

Asked about the risk of Trump upending next week's rollout with a casual tweet, Ryan told reporters, "He's going to be in Asia, No. 1 — no, I'm just kidding." The president leaves Friday for a multination trip through East Asia.

"By passing this budget today, House Republicans just provided the legislative runway for pro-growth tax reform," Brady said. "Our successful vote will allow us to move forward quickly on delivering the first overhaul of America's tax code in more than three decades."

Senate Majority Leader Mitch McConnell, R-Ky., added, "This is a comprehensive, fiscally responsible budget that will help put the federal government on a path to balance. It went through committee and includes provisions from both chambers."

No Democrats voted for the budget resolution, and Democratic National Committee Chairman Tom Perez called the vote "great for members of Mar-a-Lago, but it's a raw deal for Main Street. It's just a way to fast-track a massive tax giveaway to wealthy corporations and the top 1 percent at the expense of hardworking families, and it guts funding for critical education and health care programs, including more than a trillion dollars from Medicare and Medicaid."

An earlier version of this story incorrectly said the House passed the budget on Tuesday. The joint resolution was passed Thursday morning.