Accessibility links
Most Of The New JFK Files Have Been Seen Before In Some Form Of nearly 2,900 files put out by the National Archives, just 53 are totally new to the public. Others have been publicly available in redacted form. 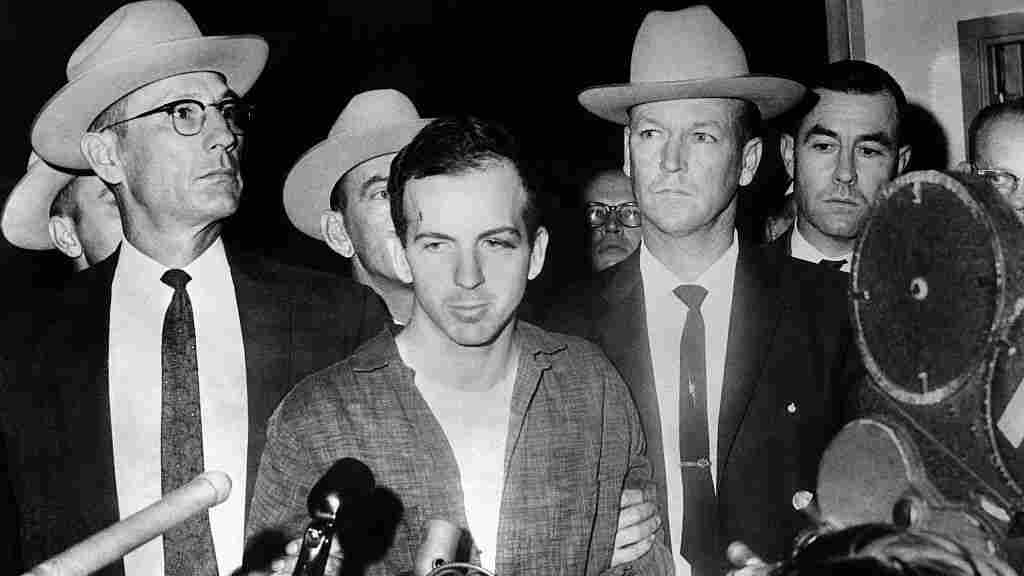 Lee Harvey Oswald is shown on Nov. 22, 1963, after being arrested for the murder of President John F. Kennedy. Stringer/AFP/Getty Images hide caption 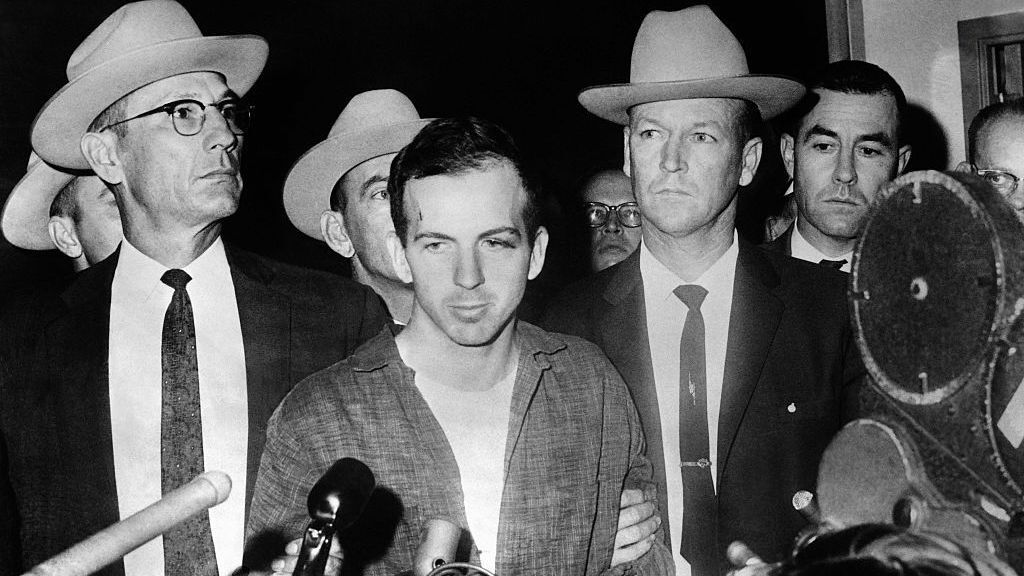 Lee Harvey Oswald is shown on Nov. 22, 1963, after being arrested for the murder of President John F. Kennedy.

The 2,891 records relating to the assassination of President John F. Kennedy released by the National Archives Thursday contain many interesting tidbits.

The thing is, many if not all of the documents dropped Thursday have, in fact, already been made public. The National Archives says that of the 2,891 records released on Thursday, only 53 are being made available for the first time in any form. The others had been "released previously in redacted form."

Jefferson Morley, who edits the JFK Facts blog, calls it a small slice of what might have been released. "President Trump really withheld most of the records yesterday. He released about 2,800 records," Morley said, "There's probably 25,000 records that remain secret."

Philip Shenon, a former New York Times correspondent and author of A Cruel and Shocking Act: The Secret History of the Kennedy Assassination, said he "didn't see any bombshells" in the files, saying they were "mostly documents that we've seen before."

Still, they make for some interesting reading. And they are useful, Shenon said, as a reminder of what he calls "a rush to judgment by the federal government" to identify Oswald as "this pure lone wolf who never could have been stopped" — when, in fact, the CIA and FBI each knew about Oswald and "may have known much more about the threat he posed than they ever wanted to admit."

Alas, it seems that many of the documents that would shed light on that were held back under orders from President Trump, who bowed to the wishes of the two agencies to keep secret hundreds of other documents, on grounds they contain "certain information that would harm national security, law enforcement or foreign affairs."

Morley, author of The Ghost: The Secret Life of CIA Spymaster James Jesus Angleton, is interested in viewing files of CIA officers who he says were both opposed to Kennedy's policies, especially in Cuba, and who also were involved in assassination operations of foreign leaders. "Those people would be of interest to anybody who wanted to know what was going on and were they possibly involved in foul play," Morley said.

And he pointed to a document that was released, at least in part. It was the interview of former CIA Director Richard Helms by David Belin, a Warren Commission member who later led the Rockefeller Commission which was investigating the CIA in the mid-1970s. Belin asked Helms if Oswald was a CIA agent. "That's the end of the document, we never get the answer," Morley said. "The fact that we didn't even get the answer to the question is just very emblematic of how limited the full disclosure was yesterday."

President Trump tweeted Friday night that he has approved release of the documents that were not made public Thursday at the request of the CIA, FBI and perhaps other agencies.

"JFK Files are being carefully released," Trump tweeted Friday morning. "In the end there will be great transparency. It is my hope to get just about everything to public!"

The FBI was warned that Oswald might be in danger of being killed himself just before he was shot by Dallas nightclub owner Jack Ruby.

In one document written on Nov. 24, 1963, just after Ruby shot and killed Oswald, Hoover dictates in a memo that the FBI field office in Dallas had received a phone call from a man "saying he was a member of a committee organized to kill Oswald." The FBI notified the Dallas Police Department, which "assured us adequate protection would be given. However, this was not done," Hoover said. The memo also notes Ruby denies he made the phone call to the FBI.

Hoover goes on to call Oswald's killing "inexcusable" given the warnings the agency gave to Dallas police about the threats it had received, and the FBI director also surmises that the president's shooter being shot so soon after his arrest would only sow doubt that Oswald was the real killer.

In the nearly 54 years since Kennedy was assassinated, that is exactly what has happened — with questions continuing to arise about Oswald's motives; possible ties to communist forces in Cuba and Russia; and why Ruby, who had ties to the mob, would murder Oswald. And that's exactly why the release of the latest government documents is of so much interest to so many.

"The files are among the last to be released by the National Archives under a 1992 law that ordered the government to make public all remaining documents pertaining to the assassination. There has long been a trove of conspiracy theories surrounding Kennedy's death in Dallas on Nov. 22, 1963, including doubts about whether assassin Lee Harvey Oswald acted alone, as the Warren Commission determined in its report the following year.

"Other files are being withheld owing to what the White House says are national security, law enforcement and foreign policy concerns. The vast majority of what's being withheld is at the request of the FBI and the CIA."

Among the other interesting findings: there was concern inside the Communist Party in the Soviet Union that the assassination was part of a right-wing coup, and a National Security Council memo discusses various possible operations to sabotage the Castro regime in Cuba, though it's not known if any were put into place.

We are asking our readers for help. Click here to see how to find the documents and submit tips to NPR.