Accessibility links
They Fell In Love For Life, After She Got Over All The Death In 1992, when Lynne Houston first laid eyes on the man who would become her husband, he was wearing a white gown with blood all over it. The then-waitress dropped the food she was delivering and ran. 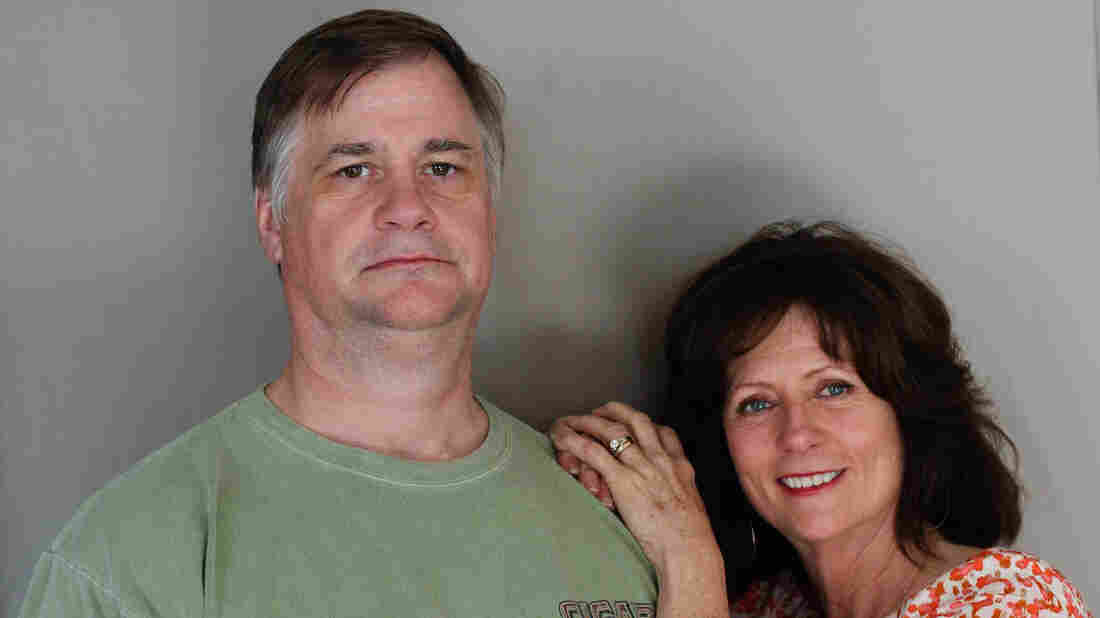 Greg and Lynne Houston shared the story of their unconventional courtship with StoryCorps in McLeansville, N.C. StoryCorps hide caption 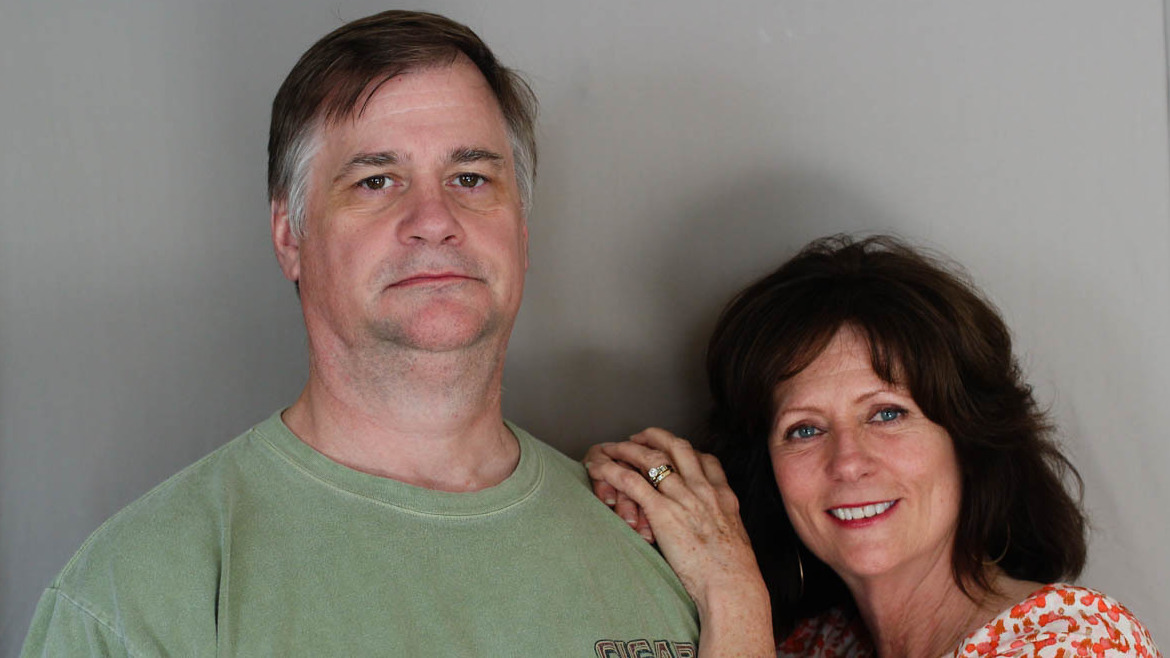 Greg and Lynne Houston shared the story of their unconventional courtship with StoryCorps in McLeansville, N.C.

Lynne and Greg Houston met 25 years ago, when Greg placed an order over the phone for some lunch. Lynne was working at a restaurant in Buffalo, N.Y. Greg was working across the street — as a mortician at a funeral home.

"The door was unlocked, so I came in with meatballs marinara, and you were doing some kind of autopsy or something. And I remember I just stood there staring at you in your white gown with blood all over it," says Lynne, 55.

Greg didn't think anything of it. But Lynne sure did.

"You were coming toward me with blood on your hands going, 'It's OK, it's OK,'" Lynne recalls. "So I dropped the food and ran out of there."

Later, Greg asked her out to dinner. At the time, he was always on call for work. And while they were out, Greg got a call.

"I was like, 'I'll wait here. I don't want to go pick up a body,'" Lynne says. "And you said it was nothing to worry about. I remember bringing the gurney in and you put it in the back of the van. We were driving and you stopped at the red light real quick. And then that gurney, and whoever was on there, rolled right up between us. Who feels like eating after that?"

"Well, he wasn't going to dinner with us," says Greg, who is also 55. "I wanted to see if you would hang in there because that was my lifestyle. And if it would freak you out, then there was no reason to go any further."

At that point, a lot of women would have "run for the hills," Lynne says.

She remembers when Greg asked if she wanted to go to Long Island for the weekend.

"But you didn't say that we were going to a military funeral. You came to pick me up in a hearse and you said, 'We just got to go drop off the colonel, then we'll have the whole weekend,' " she says. 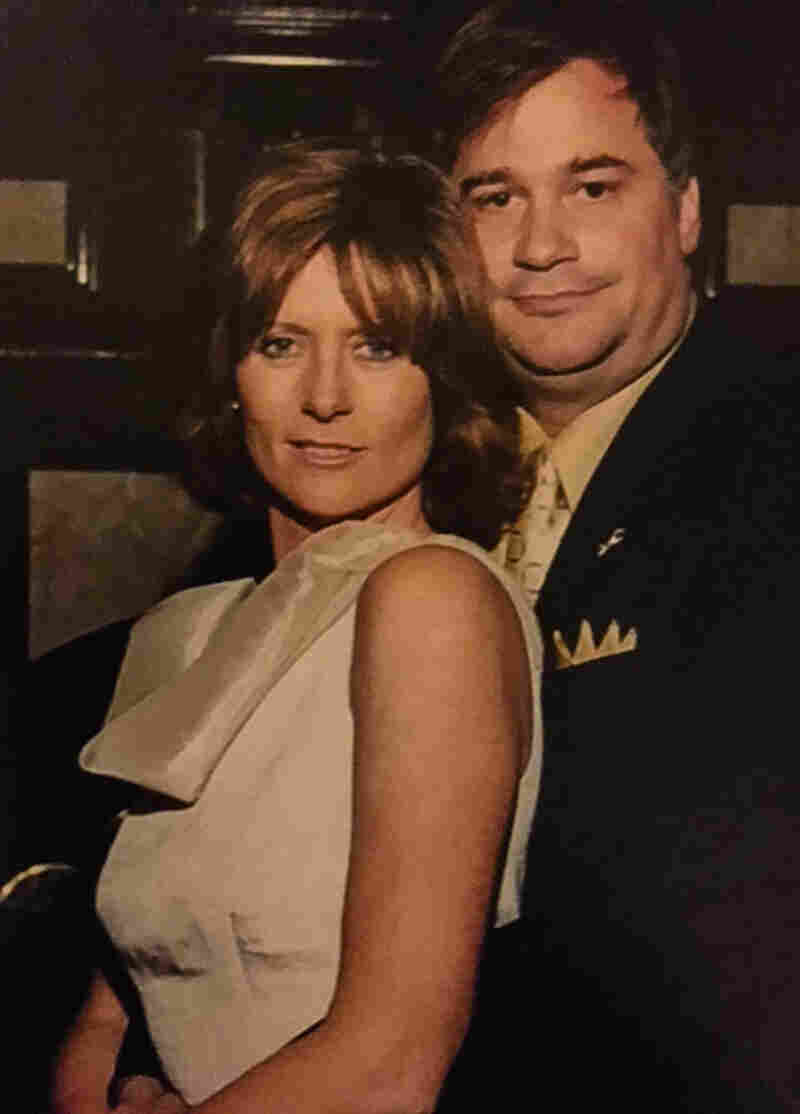 Lynne and Greg Houston on their wedding day, Nov. 2, 2001. Courtesy of the Houston family hide caption

When they finally reached the cemetery, Lynne says, the gates opened and Greg "knew everything."

"You knew what to do and what to say to them and all of a sudden, I see you in a whole different way," she says. "To me, that was my weekend because after that it was like, 'How is he going to top this?' "

"They're all special," Greg says about his clients. "That's why I like doing an average person because that person's not average to that family. And that's why it's so important when you make arrangements to listen — you got two ears and one mouth, use them in proportion. Get them talking, so they'll find that, OK, I know I can live on."

Greg and Lynne married in 2001 on All Souls' Day — two days after Halloween.